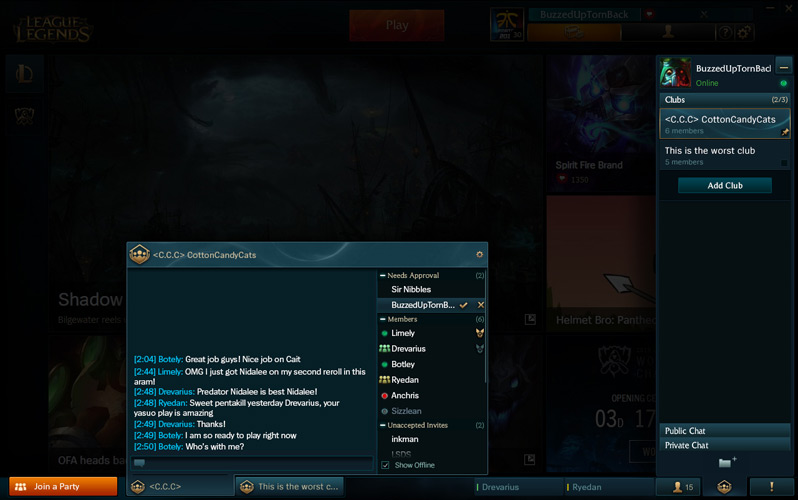 For a team based eSport, Riot's MOBA League of Legends has limited social interactions within the confines of the game client. The developer has teased a future where this could be different, and that future could finally be upon us with Clubs, one of Riot's newest inventions.

Clubs was recently added to the Public Beta Environment, an Early Access private server where a small sampling of players can test intended additions to the game before they are patched for the whole world to play. These clubs are somewhat free form groups that players can join/be invited to that work in a similar way as clans in other popular shooters. By creating an ever growing web of in game contacts, you can have a more centralized list of "go to" players you know and trust. And you get a nifty badge that shows up multiple places that you can apply to your LoL username without having to change it. 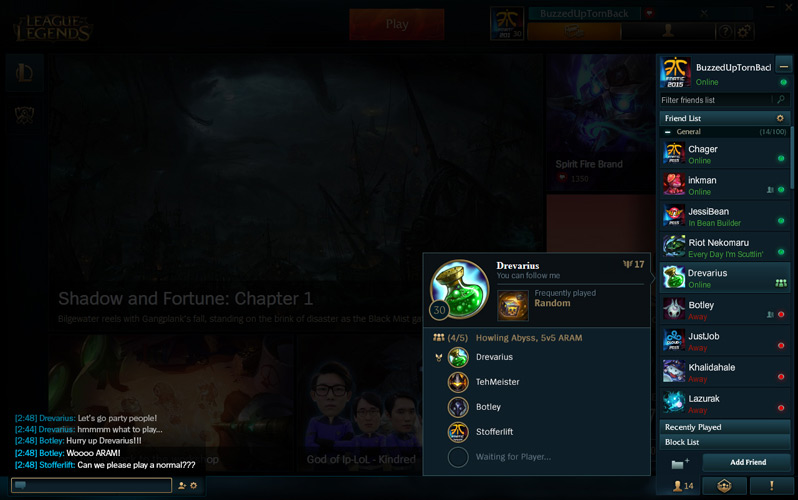 Because Clubs is still being tested, there's no real knowing how much of it will end up in the final product or when that final product will actually surface. The global, session-wide chat is in place, but who's to know the maximum amount of members in place right now.

These social upgrades are a long time coming, and they still seem a bit like small potatoes in the face of some of the other big initiatives like Parties and the Friends app. Parties help make the queuing and gaming process more streamlined when playing through multiple sessions with the same squad. It keeps your groups together and group chats intact, making re-queuing a one button process. Coupled with the Friends app, which allows all the social tools in client to be taken wherever you may be, the total sum package seems quite a bit more appealing. There are also the broadly hinted at club challenges and such that have yet to see any real clarification, as well.

Are you excited for Clubs? What sort of applications would you want it to have? Let us know on Facebook or Twitter, and remember - you can keep up with everything Pro-League related at the Leaguepedia.

Can Anyone Stop the Immortals?