The new game modes really add a sense of humor to a game that can very quickly lose its charms under the crucible-like pressures of ranked competition. We can sit back and just play a game to play it, not worrying about optimum builds, feeding, or getting flamed by the team. Or in other words, have fun. It's hard to get too salty when your team is throwing Poro's at the enemy.

In the wake of this announcement, this seemed like the perfect time to take a look at all of the past game modes and rank them accordingly.

Coinciding with the release of Azir, Ascension is a game mode that adds other objectives and bonuses to the now defunct Dominion map. Actions while playing a round of Ascension Dominion scored players different amounts of points, to a maximum of 200. Killing players, nabbing artifacts of Shurima, or killing ascended champions scored your team points. To be ascended, teams had to coordinate to kill a mega powered Xerath in the center of the map. When killed, the Ascended buff gave a team incredible boosts to their bonus health, magic and armor pen, etc. at the exchange of healing potency and the fact that everyone can see you on the map. An interesting set of conditions, it was just too bad they were stuck on the map no one played.

In the Burning Tides event, Bilgewater was plunged into relative chaos after Gangplank goes missing. His warehouses full of contraband are raided, and the goods sold on the black market. A black market you could actually interact with during matches, spending an alternate currency called Krakens. After earning Krakens passively by getting kills, assists on champions, or slaying monsters in the enemy camp, you could spend them on tougher minions or special gear. Most of the gear was crazy, like the Flesheater, which could be charged to gain an active that did a boat load of true damage. Others, like Dead Man's Plate, were so perfect that they stuck around after the event. 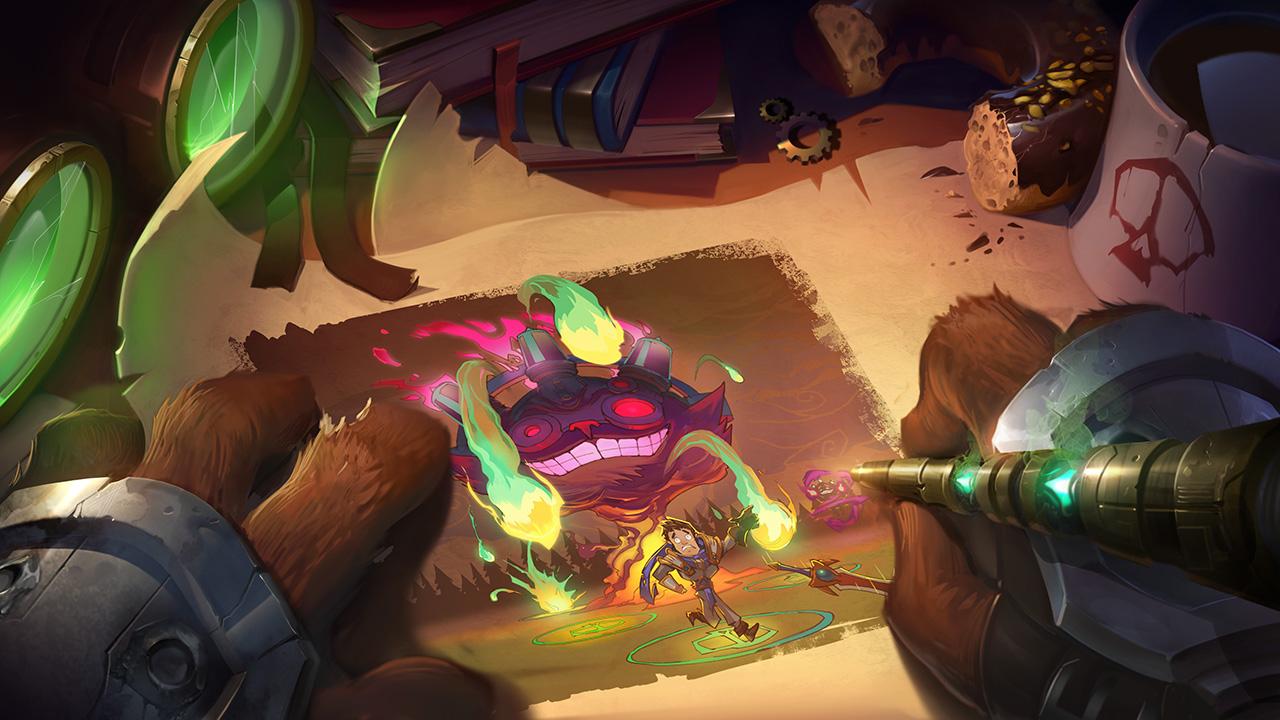 Co-Op vs. AI is the closest thing to a single player mode as you get in League of Legends. A group of five get together and take on an AI controlled enemy team in hopes to take their Nexus by storm, and normally it's not a very difficult task to achieve. Bots are incredibly predictable, only really settling for the most standard of behaviors. They can be easily lured into traps and pursued out of teamfights. Riot decided that they were done letting them get picked on.

The Doom Bots event didn't really upgrade their behaviors, but their combat stats were subject of an insane boost. These bots couldn't out think you, but the could absolutely out muscle you. Ryze combos will never be the same. 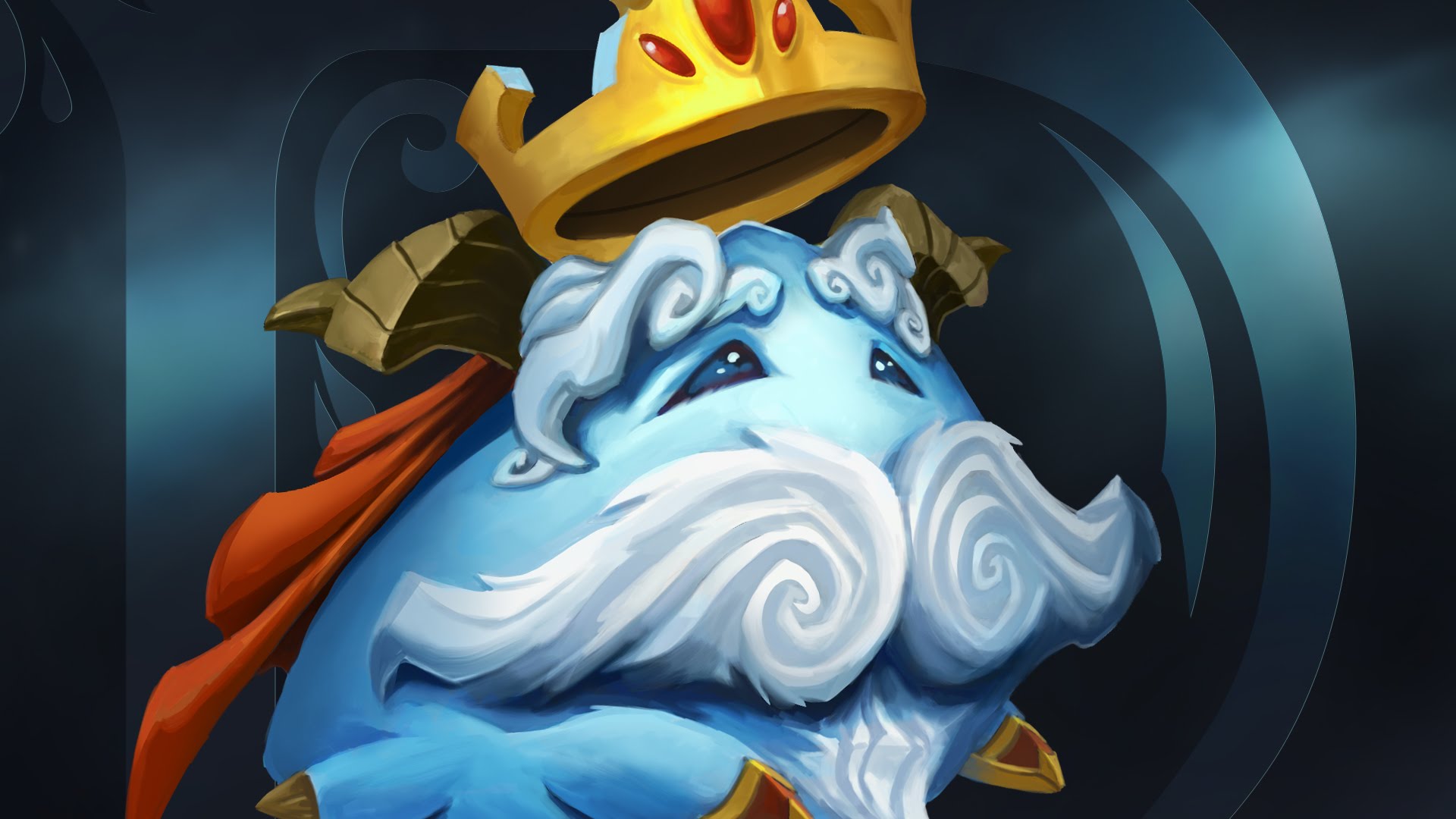 5. Legend of the Poro King

Taking ARAM's Howling Abyss to the next level, Legend of the Poro King added a couple more situations to spice up the average single lane, snow ball chucking simulator. Now, instead of throwing snowballs, you throw Poros, who have the same effect as snowballs when you make contact with enemies. Unlike regular ARAM, when you hit 10 Poro tosses, you receive a visit by the Poro King, in all of his resplendence. Besides gracing you with his presence, he would become a great source of AOE buffs and damage, as well as the center piece of the perfect moving siege campaign. 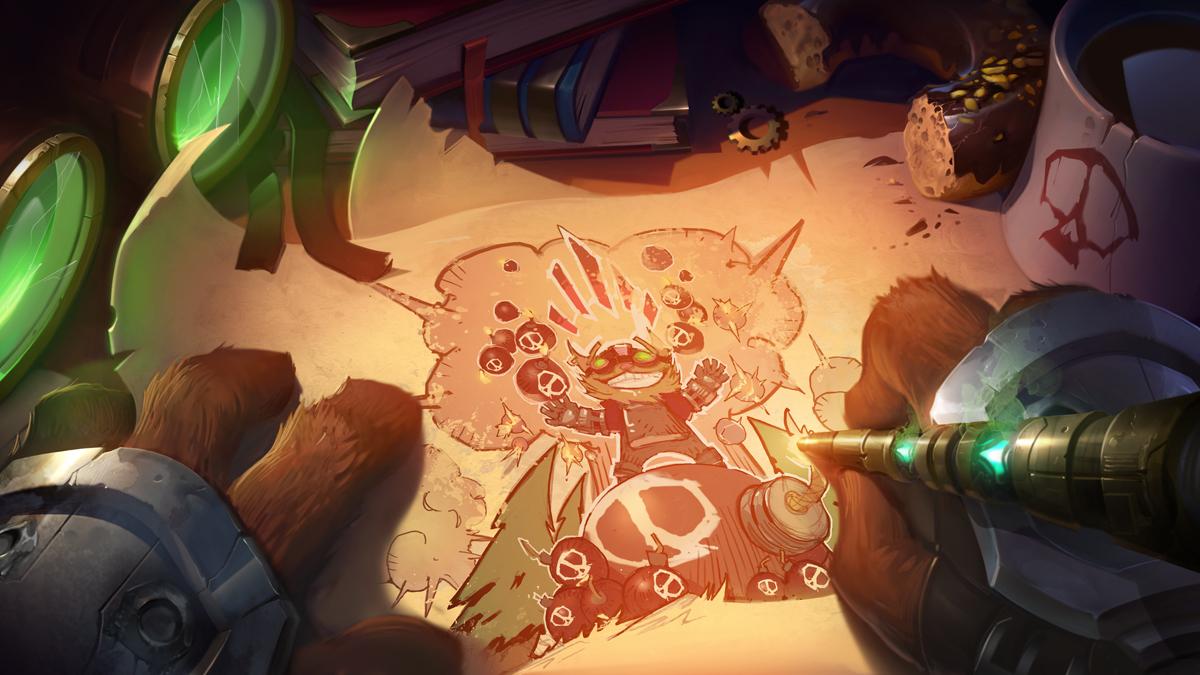 URF is League at its most white knuckle and reckless. Removing mana and energy costs, doubling flow, blood well, and fury gain, as well as reducing health costs for abilities is only the start. Cooldowns are greatly decreased, gold gain is multiplied by 5, everyone is faster, etc. URF turns League up to 11, and the result is so ridiculous that it makes sense it usually happens around April Fools Day. 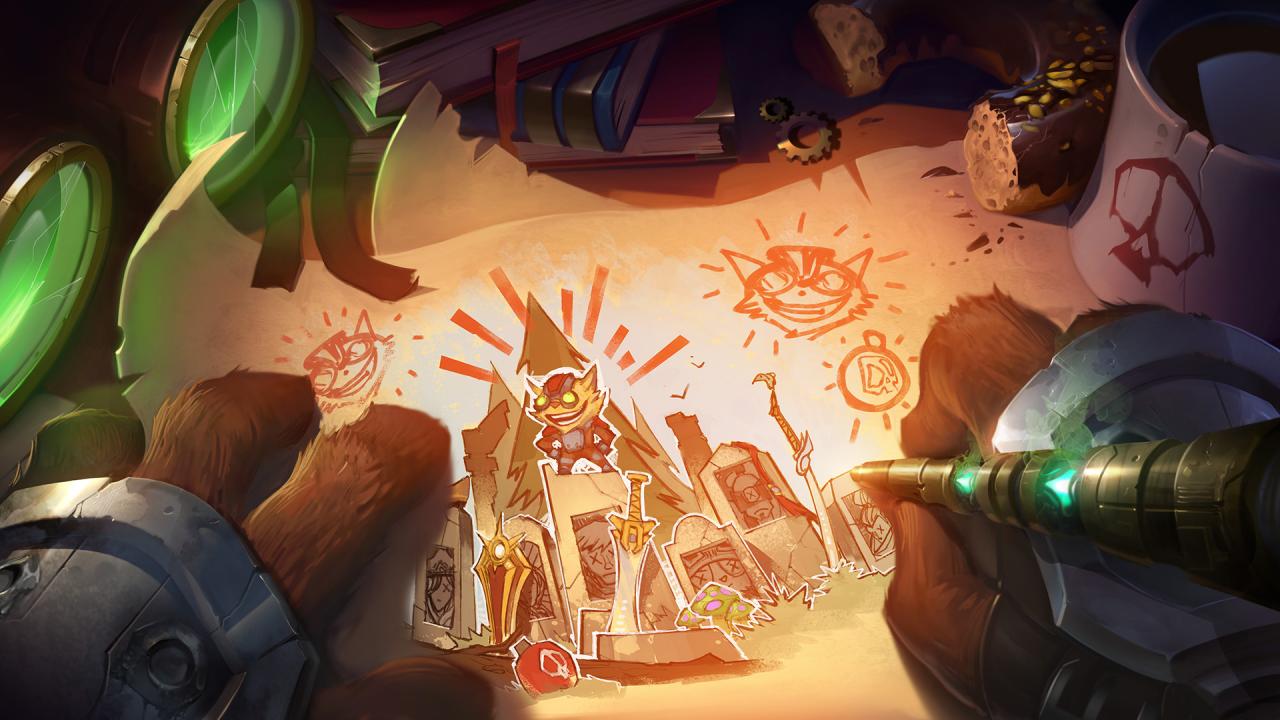 What is more exciting, hectic, and nail biting than 5 v 5 on the Rift? 6 v 6 in the Twisted Treeline, of course. Hexakill threw all established team compositions on their head when it debuted, and it showed the world just how much more balanced the normal Rift was in comparison. The 3 v 3 map with double the team size was a brave new world of complete and utter chaos. You were never ever safe, not even under turrets. Roaming outside of the team equaled sure and swift death.

Hexakill originated on the Rift, and the extra man on the 5 v 5 map really added some much appreciated dynamics to the tried and true formula of play. But nothing was more intense than Twisted Treeline Hexakill. 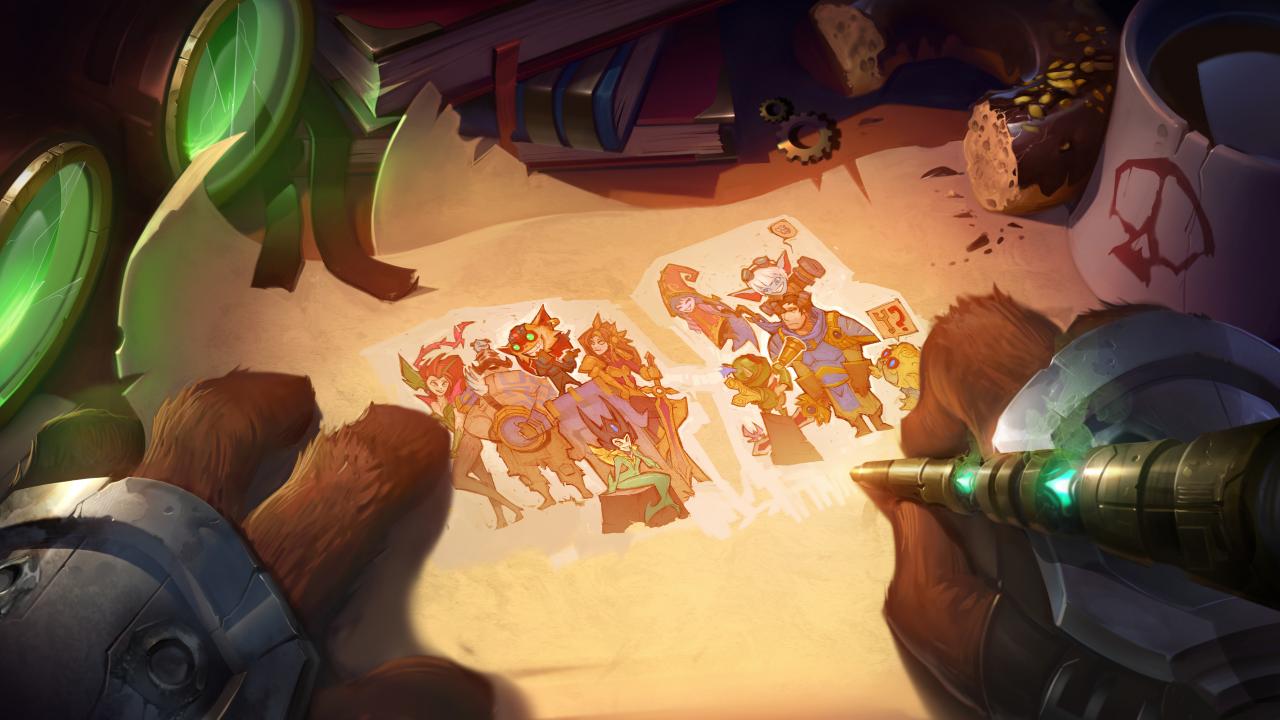 Draft is the signature way to play PVP in League. It's an under appreciated tactical engagement - banning the right champions can mean the difference between a close game and a violent lashing. Picking and counter-picking is a bit of a strategic and emotional chess match, as teams tailor themselves around the others on the fly. What makes Nemesis Draft so memorable is how easily you can turn this whole phase on its ear with such a minor tweak, like picking your opponent's team instead of your own.

You get to watch the differing opinions of the League community at large concerning the which champions are "good" or not, as they hope to saddle their opponents with some bottom of the barrel choices. I'd never seen so many Urgots played until Nemesis Draft. 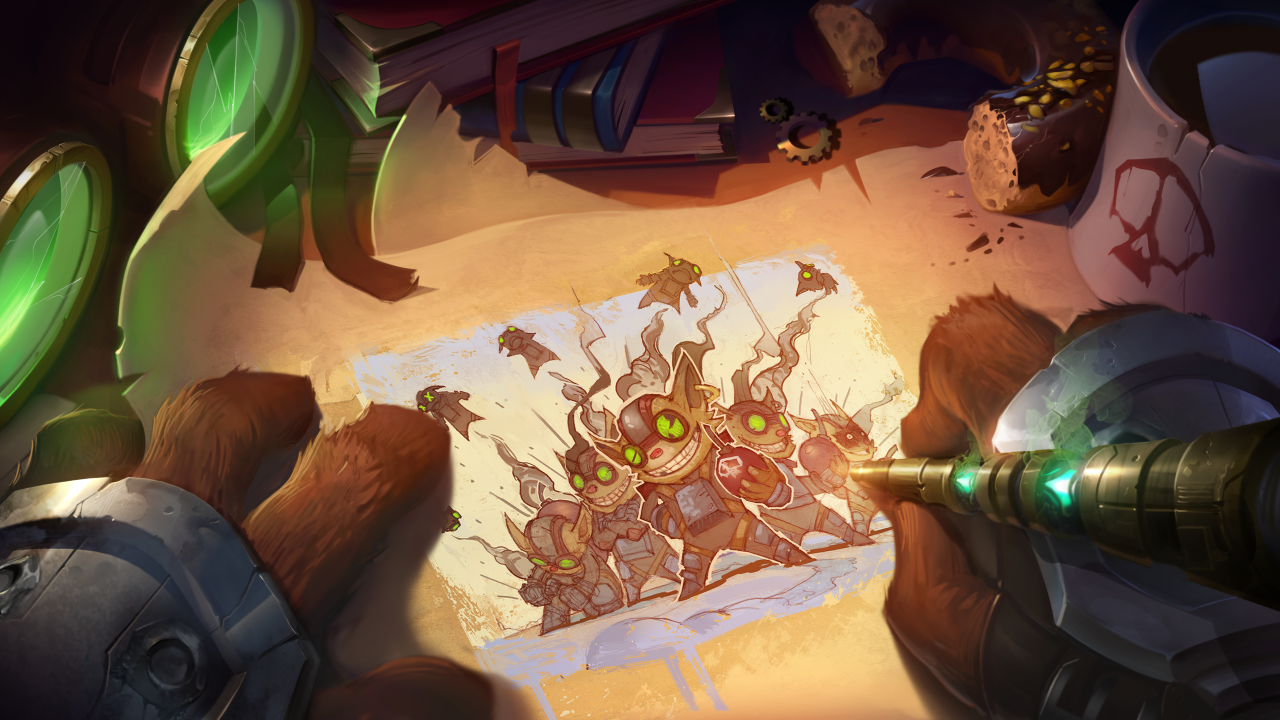 Some of the the most hectic and absolutely crazy League games you'll play will come from One for All, a mode where each team is filled with five copies of the same champion.

You don't know true fear until you face a team of five Threshes, nor will you know true joy until you launch five synchronized True Shot Barrages down center lane. You learn quickly that some characters, especially the ones that have always had flexible roles, work incredibly well with themselves. Some characters with overwhelming strengths become total nightmares when flanked by carbon copies of themselves. When Mirror Mode was introduced, things got even nuttier. Now, all ten players were the same character. If you didn't think you could make a tanky Zilean, think again.

What's your favorite featured game mode? Let us know on Facebook or Twitter, and don't forget to hit up the Leaguepedia to brush up on your LoL knowledge.