Taliyah, the Stoneweaver has hit Summoner's Rift, and the mid lane may never be the same again. A traditional mage statistically, her strengths lie in her lane adjusting abilities and some interesting out of combat movement buffs that make sure she can get where's shes going quickly, and with a bang. Many of her spells have multiple interactions or certain added effects depending on other situations

Her passive is Rock Surfing. When out of combat, Tali slowly gains movement speed when near walls. She literally hops on a boulder and rides it back to lane. In mid lane, this helps you get back into the fight without much time lost. Since Teleport isn't a popular spell choice in the that lane, Tali has a leg up when it comes to remaining present at that intersection. It also helps her roam into other lanes with the swiftness of your favorite jungler. Surfing out of base back into team fights, especially after the Homeguard bonus kicks in, means Tali is never out of action for very long.

Her Q, Threaded Volley, is her bread and butter damaging ability. When activated, Taliyah lets off a blast of rocks at a target enemy, doing a number on their health and leaving a zone of Worked Ground around her after casting. When using her Q inside Worked Ground, she only shoots off one rock instead of the torrent she's used to. That said, when traveling over Worked Ground, Taliyah gains movement speed. When laning, the key becomes learning how to using Worked Ground to your advantage, either to create escape routes back to your tower from ganks or to lay down zones of attack for pursuing escaping prey. The balance between mobility and dueling effectiveness is a major factor in mastering The Weaver.

Seismic Shove, her W, marks a small zone on the field that bursts into a stone pillar after a short time, doing damage and knocking targets up. If recasted before it erupts, Tali can actually dictate where the enemy gets pushed. Displacement is one of the most useful attributes in a League of Legends kit, and, mixed with the right CC, it can be guaranteed lethal. It's the reason champions like Alistar and Poppy are so high demand. Taliyah's push isn't so reliable, though. It's difficult to hit a moving target with her ability, especially with a long cast time similar to Vel'Koz's E. To make the most of it, Tali does her best work when paired with someone like Lee Sin or Morgana - champs who can root and stun long enough to push someone.

Her E is Unraveled Earth, which scatters boulders onto the ground in front of her. When enemy champs run over them, they are slowed and take damage. After a short amount of time, the boulders explode and anyone on them takes more damage. If someone like Lucian dashes over them, or if someone is thrown into the boulders (by a Seismic Shove, possibly?), the boulders erupt early. It's a very good zoning option - naturally slow hulks like Nautilus or Darius are going to be plenty dismayed by the face value slow, while mobile chasers like Diana or Vayne will take the second round of damage early for trying to hop the line. Used in tandem with her W, or in choke points or in front of objectives, Unraveled Earth is every bit the annoyance it intends to be. 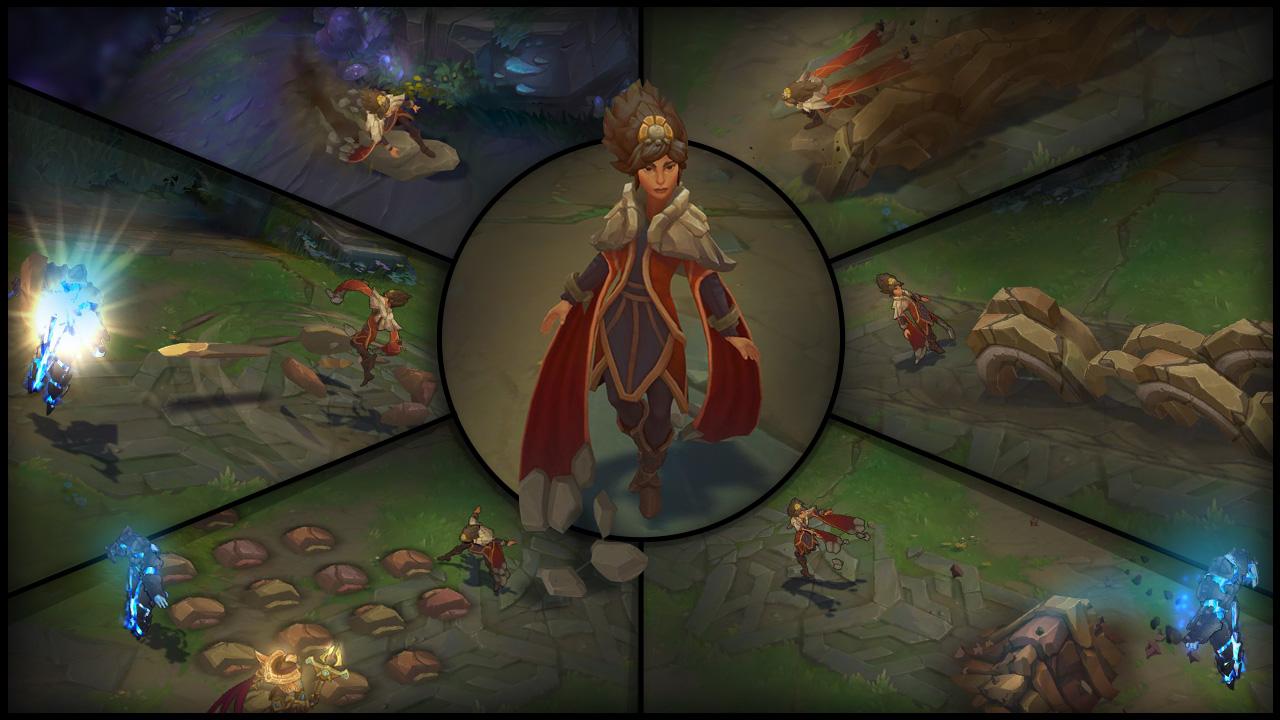 Taliyah's ultimate is her money maker, though. Weaver's Wall summons a massive spiraling torrent of impassible terrain that shoots a great distance across the map in a straight line. If recasted before it launches, Tali can jump on the wall and ride it for the length of its travel, using it to gain a great deal of movement speed and plow her way into wherever she wants to go. If she takes damage during the trip, she's knocked off of the wall. She can also jump off of the wall early, should she choose.

The utility here is pretty straight forward: use the wall to cut off escape routes or attack vectors for enemy teams. Though hard to really predicatively aim, the wall is also a great way to separate a team during a fight if no one is willing to burn a Flash to stay engaged. It's really important that the Tali player stays aware of their own team's positioning, as the Weaver's Wall can displace them just as easily as it can enemies. That said, there are few ults in the game that can be as dramatically game changing as Tali's.

Tali's mana costs are relatively low, and her spell spamming potential goes down thanks to the Worked Ground condition, so I wouldn't focus on making her mana pool a build priority. Instead, high AP and cooldown reduction should be the goal here. Morellonomicon would make a good first item, as the flat AP and 20% CDR are clutch stats for her. Not to mention the build price is cheap, and that mana sustaining passive will carry her well throughout the game. People like Rod of Ages on her, but I've no problem trading CDR and Grievous Wounds for extra mana and Eternity. Rylai's Crystal Scepter is getting into nerf territory in respects that it's so good, very few mages don't build it. Tali is no different, as the AP and Health boost mixed with the slow passive means your as annoying as you are devastating. From there, you have a couple of good picks to future synergize with these two. I like Liandry's Torment, as enemies with their movement impaired (be it by Rylai attacks or her abilities) will take double the burn damage from its passive. On top of that, you have magic penetration and some good AP and Health. Luden's Echo has that Rapid Firecannon-style charge burst that will also inflict Rylai's passive to AOE targets that it hits. You could also get Rabadon's Deathcap, if being "That Guy" is your goal. 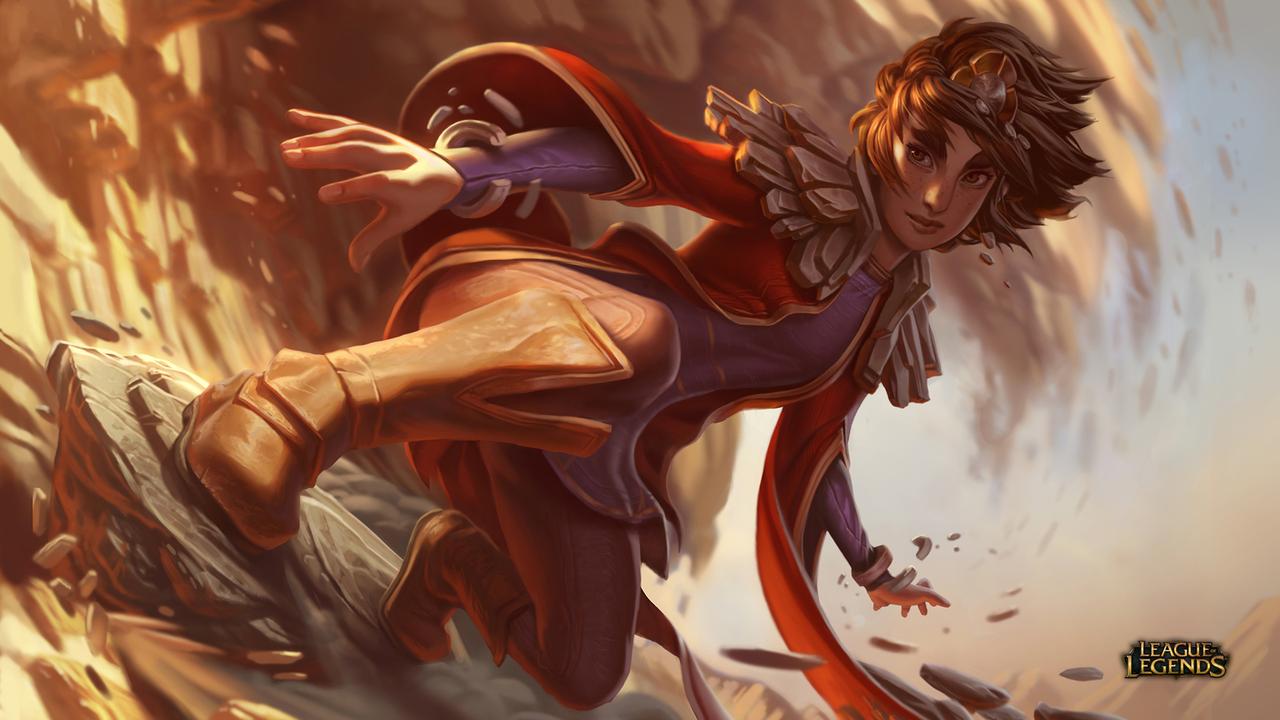 As mentioned before, Taliyah is going to work very well with teammates playing someone like Morgana, because her Dark Binding will make landing Seismic Shove much easier. She will also get the most out of pairing up with Lee Sin or Poppy, as she can spontaneously create walls for those bruisers to knock people into. She will struggle against champions who have a hard time being contained by walls. Ezreal and Zed can effectively Flash at will, so a wall is only a temporary annoyance for them. Hard engagers like Malphite or Vi are going to give Taliyah a lot of trouble, too. She won't be safe from them on the fringes of a fight because they are very good at bringing the fight to her.

How has Taliyah changed the game for you? Let us know on Facebook or Twitter, and don't forget to check out our Leaguepedia for all of your Pro LoL needs.

Patch Notes 6.9 Pt. II: Things Ain't Like They Used to Be