Nintendo, which means “Leave Luck to Heaven”, is a 126 years old company from Japan that has captured our hearts and imaginations for years, and it isn’t slowing down anytime soon. Check out these awesome Nintendo facts, and share your favorite trivia in the comments below.

Did you know the NES (Nintendo Entertainment System) only came out 30 years ago? If the company is over a century old, what were they up to in their earlier years? Initially, Nintendo was known as a playing card company that produced various card decks when a playing card ban was lifted in Japan. They even became involved in board games, toys, a taxi service, and hotels for adult couples. Yeah, it’s safe to say they have a colorful past.

The Nintendo Family Computer was not the first console from the company. With Mitsubishi Electronics, Nintendo produced a series of game consoles called the Color TV-Game. The consoles didn’t have interchangeable cartridges, but they offered a variety of games from Pong to racing.

A bit later, Nintedo released the Game & Watch series of portable devices. Are you familiar with Mr. Game & Watch from Super Smash Bros? Now you get the reference. 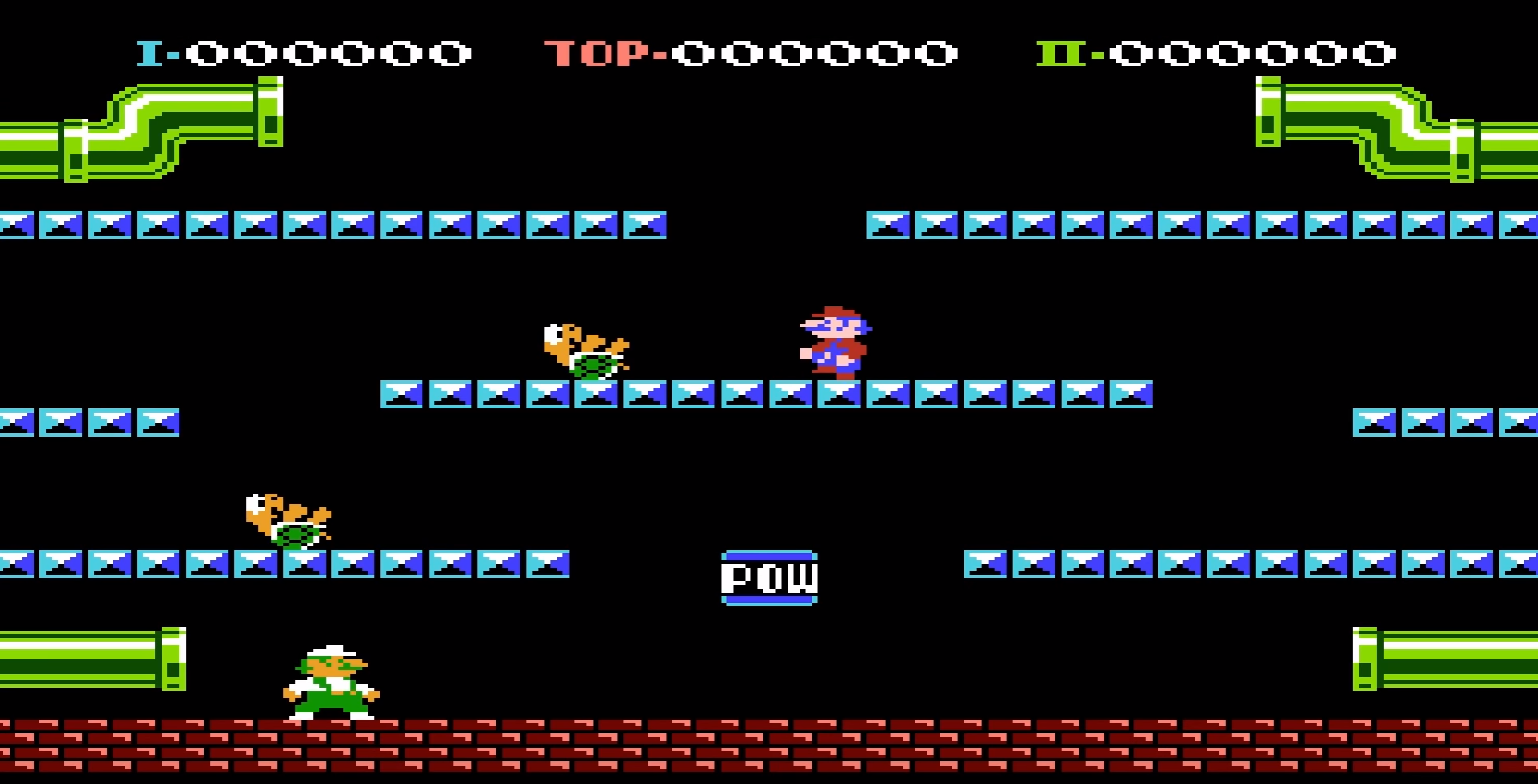 The original Mario Brothers game introduced our favorite gaming sidekick, Luigi. In the game, he’s basically just a green and white version of Mario – not the tall and lean character we’re familiar with today. Luigi’s outfit is green because shell creepers (more commonly known now as koopas) were also green, and it saved memory space.

Ever dreamed about a Nintendo cereal? Well, the Nintendo Cereal System showcased Super Mario Bros and Zelda-themed cereals. Each box contained two bags of cereal (one for each game), and was produced by Ralston. You might know the company from their other products, though – such as Purina Dog Chow and Tidy Cats cat litter. Hope you didn’t lose your appetite…

Nintendo of America is located in Seattle, Washington – so it makes complete sense that Nintendo would purchase the Seattle Mariners baseball team. President Hiroshi Yamauchi was the one who purchased the team, but unfortunately wasn’t able to see them play before his untimely death in 2013.

When Soviet cosmonaut Aleksandr Serebrov traveled into space, he had a Nintendo Gameboy at his side. His game of choice? Tetris, of course. 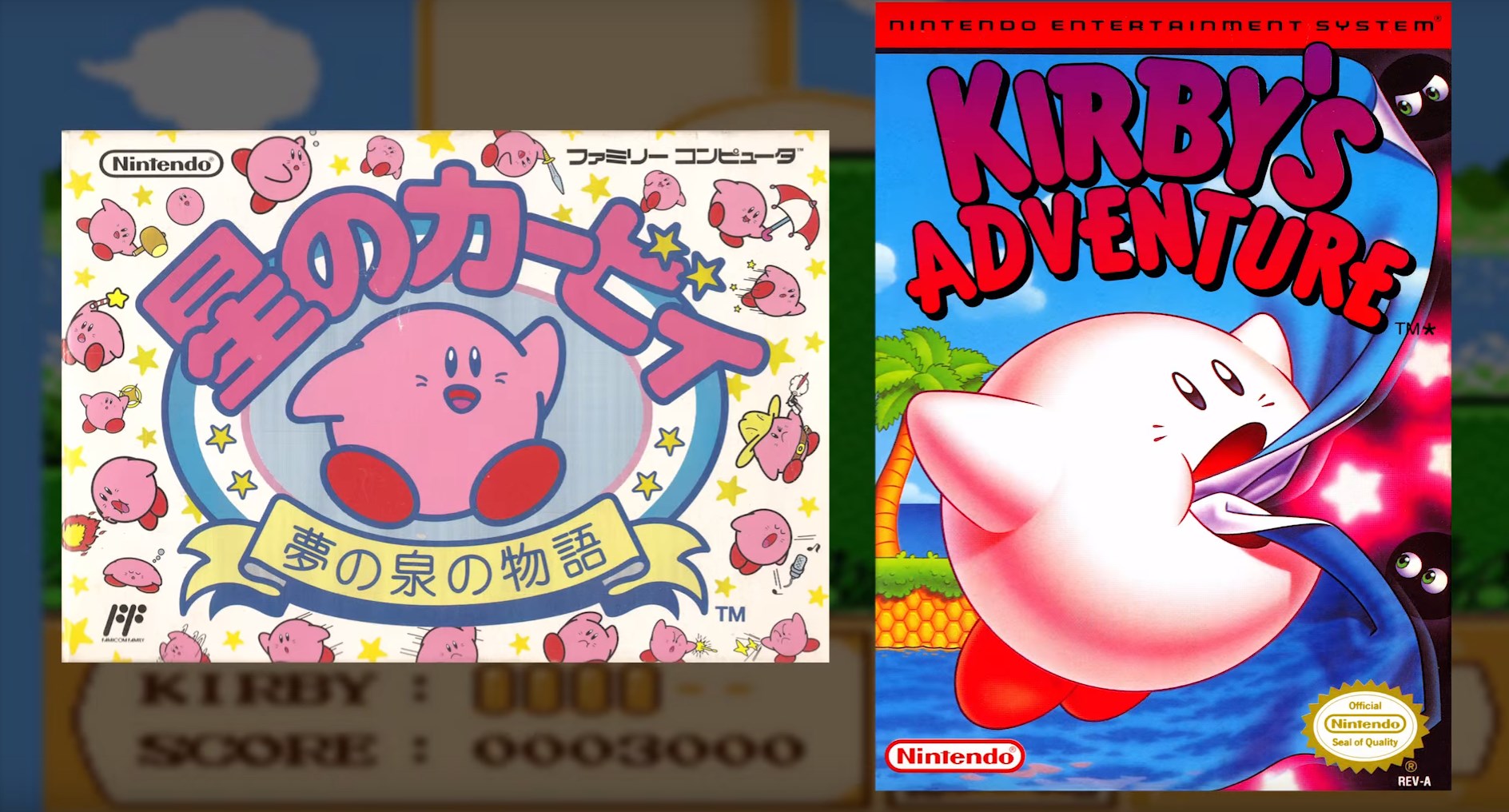 The original US name for Kirby was Tinkle Popo. Thankfully, they realized that the name probably wouldn’t take off, and they decided to go with Kirby. Some of the box art was also changed to give Kirby a meaner, spunkier look.

Originally, Final Fantasy VII was being developed for the Super Nintendo. The game was delayed when Square needed to spend more time on Chrono Trigger, which pushed Final Fantasy VII’s release back to the release of the Nintendo 64. Once they realized the N64 was going to stick with cartridge games, Square decided to move the game to the Sony Playstation for the additional space the disc-based games could provide. This move ended up helping Sony sell their consoles like they could have never imagined.

Tetris Attack on the Super Nintendo has many different names and versions. In Japan, it was initially known as Panel de Pon, and the game featured a fairy rather than the lovable Yoshi creatures. Later, the game was redeveloped for the N64 as the Pokemon Puzzle League, and it included all-new art and music. When it became time to release a 3DS version, most of the iconic characters were removed, and the game was simply known as Planet Puzzle League.

Did you know the Nintendo game Uniracers was cancelled after its initial production run because of Pixar? The game was meant to highlight the intense speed Super Nintendo could handle, but Pixar made an animated short titled “Red’s Dream” that featured a red unicycle as a character. Pixar ended up suing Nintendo, winning, and ordering Nintendo to cease production after only 300,000 copies of the game were made.

Nintendo’s legal troubles aren’t limited to video games. Nintendo’s take on building blocks, N&B Blocks, placed them in the middle of a lawsuit with Lego themselves. In this case, Nintendo actually won, and the blocks were a huge hit in Japan. N&B Blocks featured more rounded shapes and larger pieces than the typical Lego set. Thankfully, Lego and Nintendo have resolved their differences, hence the surplus of Lego video games that have hit the market lately.

Did you learn any exciting Nintendo facts from this article? Let us know in the comments below!