This large, grey Pokemon looks to be part dinosaur, part rhino. As the evolved form of Rhyhorn, Rhydon uses its powerful horn in hard-hitting attacks and its armor-like hide to withstand heat and tough physical blows. Overall, Rhydon is an extremely strong and worthwhile Pokemon.

But why was Rhydon the first Pokemon ever created? 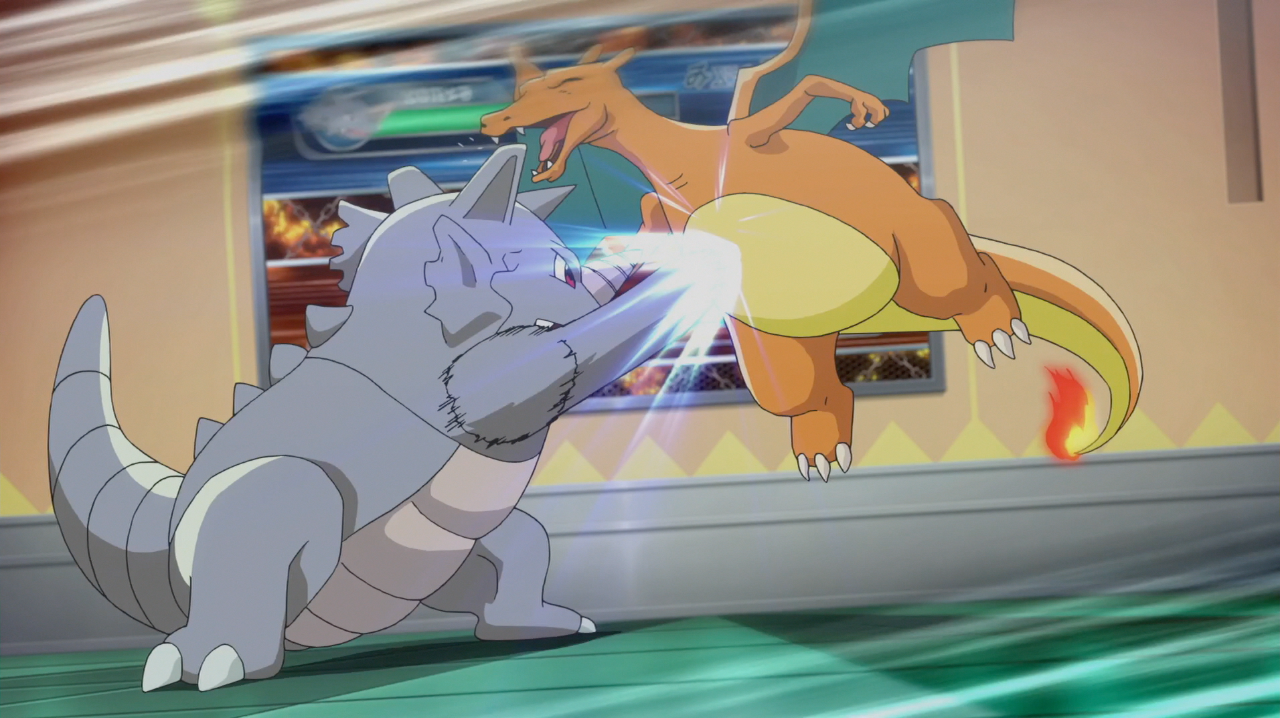 In an interview with Ken Sugimori, the illustrator of the original artwork for the Pokemon games, it's revealed that the original designs for Pokemon were more like dinosaurs. This explains Rhydon's dino-like characteristics. You'll also find Rhydon listed as the first Pokemon in Pokemon Red and Green's programming data.

Because of Rhydon's significance, you'll often find statues of the Pokemon throughout the original games.

Want to learn more about Rhydon? Visit the Rhydon page on the Pokemon Go Wiki.