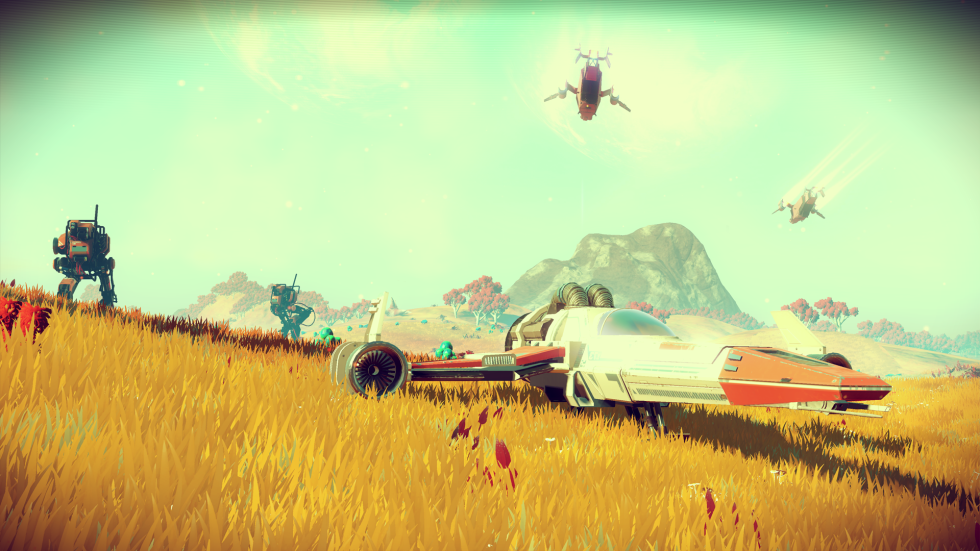 In No Man’s Sky, the open world exploration title from Hello Games, there are three main types of Starships. Using resources from our No Man’s Sky Wiki, we’ve put together this useful guide to help you determine which Starship type is the best for you.

Explorer ships are for those players interested in one main thing:  traversing the galaxy. This doesn’t mean that other ships aren’t great for traveling, but the Explorer has a few worthwhile perks, including:

While No Man’s Sky doesn’t place a huge emphasis on battle, there’s still plenty of opportunities to wreak havoc among the stars. Fighter ships have:

If you’re looking to make a name for yourself as a powerful merchant in the game, the Trader vessel might be best for you. Traders have:

Ships can be upgraded using various components, and there are four technology upgrade categories: armor, hyperdrive, scan, and weapons technology.

I’ve chosen the type of ship I’d like – now, how do I find it in the game?

In No Man’s Sky, you can purchase ships at trading posts, space stations, and other places where ships dock. Because ships are procedurally generated, it’s important to buy a worthwhile ship while you have a chance. You may never encounter the same ship twice.

Which starship type will you choose in No Man’s Sky? It’s a tough choice, but your decision will depend mostly on your preferred play style. You can learn more about ships and other game elements on the No Man’s Sky Wiki.

Step Into Your Nightmares in Scorn, a New First-Person Horror Adventure