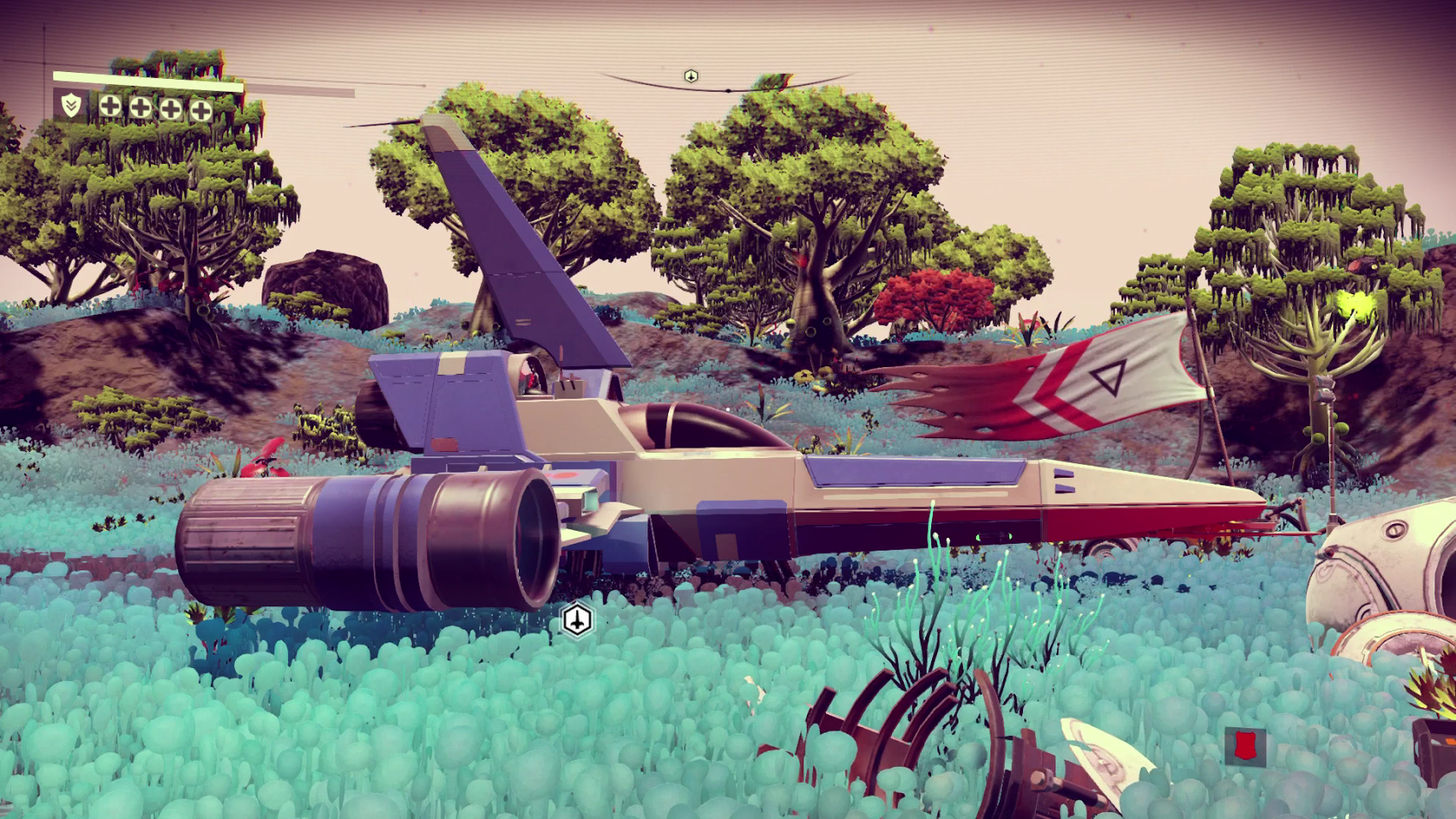 If you pre-ordered No Man’s Sky on PlayStation 4, you have access to the exclusive Alpha Vector ship. This unique transport is more than just an awesome vessel; it grants you a huge advantage at the start of the game.

The Alpha Vector is pre-upgraded with lasers, and it even includes a hyperdrive that allows you to jump to nearby star systems. Since inventory management is going to be a huge part of the game, the ship’s 16-slot inventory is extremely worthwhile. The Alpha Vector also includes the following technology:

Since the default starter ship in the game doesn’t include the Hyperdrive or the Phase Beam technology, players that use the Alpha Vector are at a clear advantage. The Alpha Vector also has an additional inventory slot.

Many players are opting to go through the game’s tutorial with the default starter ship, then switching to the Alpha Vector once they’re ready to start exploring on their own. You can claim your Alpha Vector pre-order ship by going into the Options menu and selecting "Redeem Bonus Content" under Extras.

Do you think the advantage the Alpha Vector gives players is too substantial?

You can learn more about the Alpha Vector on the No Man’s Sky Wiki, as well as find information on the PC-exclusive pre-order ship, the Horizon Omega.

Quiz: How Well Do You Know No Man's Sky?

Discover Which No Man’s Sky Starship is Best for You