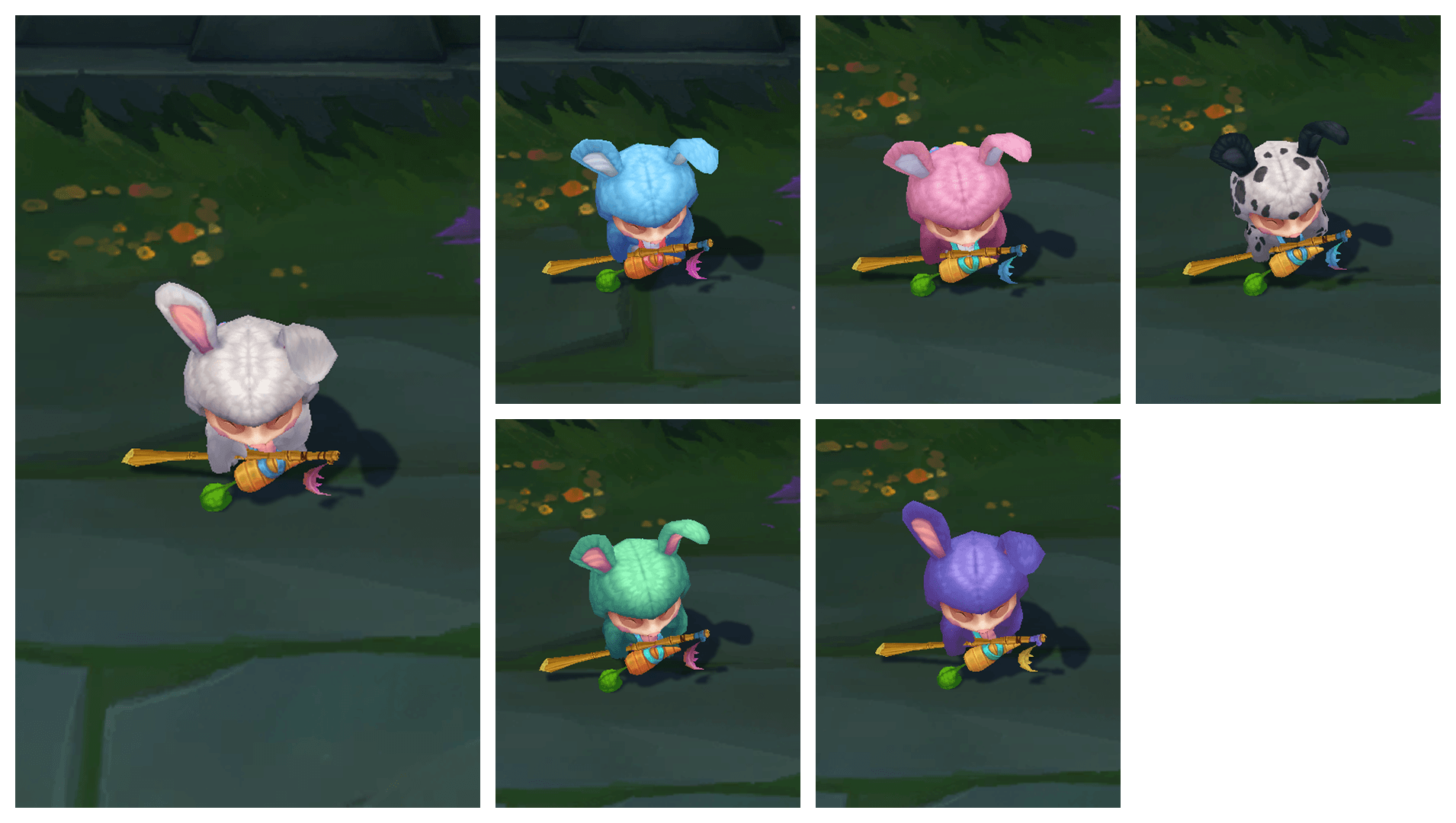 Customizability and expression is one of the pillars of League of Legends. Skins are big business for the MOBA because dedicated fans all over the world just love making a statement when they step onto the Rift. Riot hopes to take another stab at deepening that aspect of play by taking another look at their Chromo pack program.

When Chromas launched last year, it was a great idea - in concept. Having different sets of colors schemes for your favorite character's skins added that much more customization. In execution though, it seemed that Chromas fell short of League of Legends players' expectations in too many areas. Riot went back to the drawing board, and they have officially relaunched the initiative, promising a renewed focus on making sure that Chroma's change the game only for the positive.

The most important change comes to answer the biggest criticism of skin variants: the cost. At 590 RP, people were having a hard time with spending what amounted to almost half the cost of certain champs or skins for a color pack. The high cost was assumed to be tied to the fact that Chromas were only sold in sets. Even if you only wanted a blue Lucian, you had to buy all of the other Chromas as well. Many players were finding it hard to justify the purchase of these cosmetic boosts, even if the idea was sound.

Riot addressed this in a couple of big ways. Firstly, they've unbound the Chromas. Now, you can buy them individually for 290 RP a piece, which seems like a lot in comparison, but for those who want just one of five options, it's a bit kinder to the wallet. Those who still want the whole collection of Chromas per champion can buy the set at a discount. The biggest news of them all - Chromas will be available for purchase using IP, the in-game currency earned by playing, instead of just the micro-transaction-based Riot Points. Now, the IP sale is only available for a limited time, and it will only occur twice a year, but every Chroma is available to purchase this way during the sale period. At 2000 IP, the price is still around half the cost of some of the older champions, but all you have to do to make more is play more. Fair trade, I think.

Another criticism fans had was the quality of the Chromas themselves. Chromas were literal color swaps, and the fidelity of the textures would sometimes suffer depending on the hue. Now, the colors will be richer and more vibrant. Some Chromas will even add a pattern to provide some extra flair. More Chromas for more skins should also be rolling out with more frequency as well. That said, they're focusing on skins that their internal data suggests are heavily popular, and they don't have any immediate plans to chromafy base skins.

Some other Chroma details:

The first Chroma IP sale is happenings now, August 25th through September 8th! For more information, check the Chromas 1.1 blog on Riot's Website. Keep up with the latest League news and info at the Leaguepedia, and let us know what colors your eyeballing for your favorite skins on Facebook and Twitter.