At least, not like this. With me standing in front of him, surrounded by frightened, traumatized, or otherwise desperate passengers fleeing the aftermath of the end of the world. His bleeding wound is grisly. He's out of time, and I'm out of medkits. More than any other point in The Final Station, it's this somber moment on the train, as Peter collapses and the rest of your charge collectively loses all its faith in you, that the game really delivers on its grim allusion.

As a conductor for the country's only working train, you are the only one capable of stopping the destruction caused by The Second Visitation, an alien invasion hinted at through prophecy. This is less Independence Day and more War of the Worlds, where you are not a soldier and the tension between you and the visitors is only felt on a small scale - not in blockbuster action movie fashion. Even though the bad guys are effectively alien, the mood is decidedly early John Carpenter zombie flick inspired, where the grotesque creatures outside are a ubiquitous and inevitable backdrop for the human struggles that are at arms length. 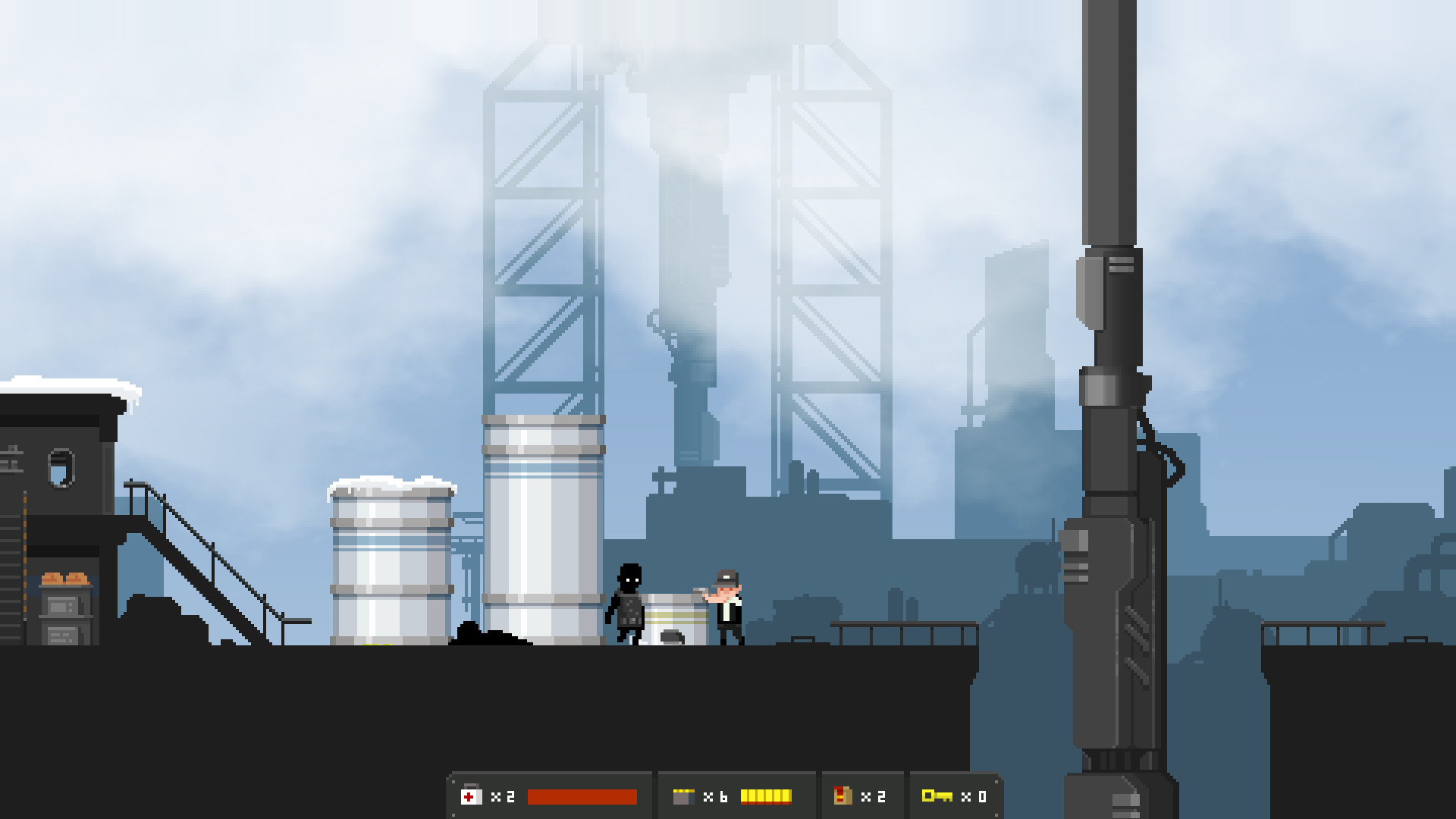 Your journey to stem the tide of this invasion plays out in two ways: Station Mode and Train Mode. While on the train, you need to be quick on your feet in order to meet all of the rapidly surfacing needs of your passengers and the train itself. A section of your train will be on the fritz, and you'll be tasked with fixing it. This might mean fiddling with knobs in order to align a series of graphs or rapidly tapping a button to release some pressure buildup. Failure to do can suffocate everyone on the train.

Beyond upkeeping widgets, you also need to keep your charge alive. This really just means making sure they eat when they're hungry and healed if they need it. If you don't have Food or Medkits, you can craft them while on the train, as well as Ammo for your guns, with stuff you find at the stations you stop at. Delivering living passengers to civilization nets you unique rewards that vary per person. You'll know them in advance, which means your trips could very well devolve into giving only the most lucrative passengers the treatment they need.

Those stations, sometimes populated but mostly dilapidated, are where you will spend much of your time. The overall objective is to find the Blocker Code in each, which are often misplaced within the station, to unhitch the train and continue the trip. Traveling through any one of the 30 stations can be a harrowing stroll, as zombies of all shapes and sizes often shamble among the ruin. They are almost always deadly, and can appear when you least expect them. Every closed door can be the last one you ever open. It's tense. It's thrilling.

Each station stop also gives you the opportunity to poke around into the lives of the people who have vanished. Sometimes, these lead to piecemeal clues about what's happening - old newspaper headlines, chat logs between frantic and confused civilians being kept in the dark. Other times, it's just personal stories left unfinished. This translates into the passengers themselves, who are far more rounded characters than you'd expect when you find them crouched in a broom closet, counting their last seconds. Overhearing them chat to each other during rides, making friendships or calling each other names, is an added characteristic that wasn't needed, but very welcome.

The biggest surprise of The Final Station is how well it nails that classic feeling of anxiety and looming dread that old survival horror games like Resident Evil popularized so many years ago. With very simple mechanics and smart level design, every action matters. Every medkit spent in a station on yourself is one you can't use on your passengers later. Every bullet fired now is one you can't guarantee you'll be able to replace. It's a beautiful throwback to a focus on scarcity that has been missing in games like this that only the old school Renaissance happening in the indie space could produce.

Available now on Steam and consoles, The Final Station provides that sinister darkness that makes surviving against all odds that much sweeter of a victory. Let us know how your trip is going on Twitter and Facebook, and make a stop at our Official The Final Station Wiki for all of the information you need to keep the train on the rails.