With Week 1 of the 2016 League of Legends World Championship in the books, we've witnessed maybe one of the most competitive and compelling first rounds in years. Plenty has gone down in only four days, but there are some major themes present that we should take with us into Week 2. 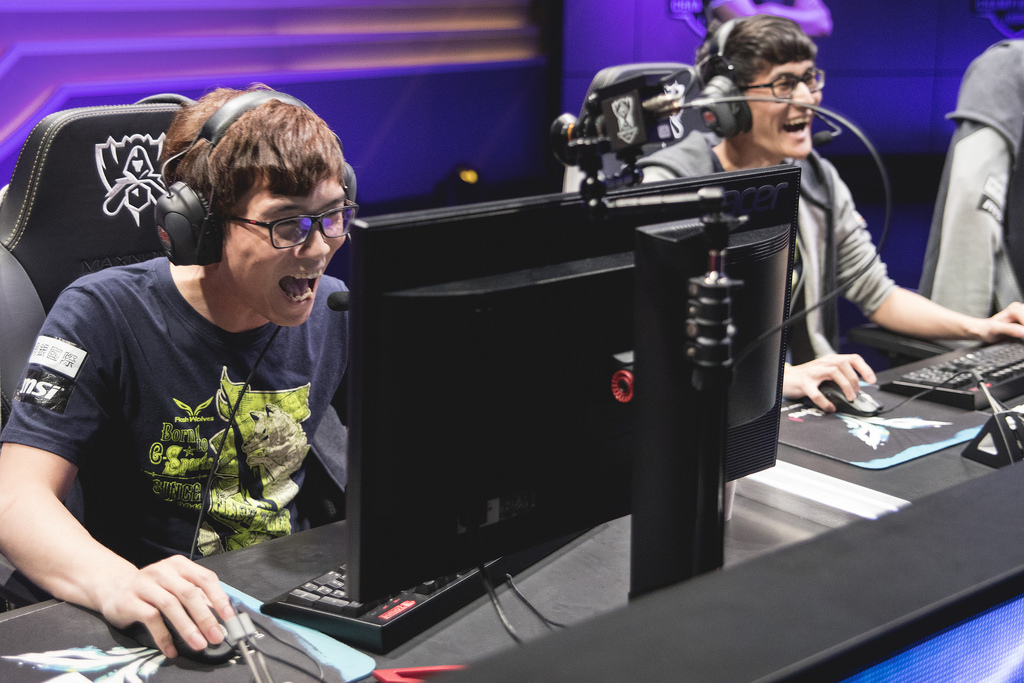 1. The competition is far tighter than we ever expected.

Maybe the most surprising development out of the first week of competition is that there are no clear favorites to win the whole thing. By this time last year, we had pretty much submitted that AHQ e-Sports Club or SK Telecom T1 were going to win the whole thing. And SKT were dominate in their first two games against Cloud 9 and IMay. With double digit gold leads and wide kill/objective margins, the defending champs looked like they were going to skate their way into the knockout stage unmolested. The Flash Wolves put the kabosh on that though, with Faker's Cassiopiea getting shut down in mid lane by Maple's Aurelion Sol - who was fresh off of being disabled after breaking the Team SoloMid/Royal Never Give Up game from Day 1. Clutch counter jungling from Karsa kept blank on the back foot, leading to what would be maybe upset of the weekend.

A close second would be Counter Logic Gaming's big win over the ROX Tigers, again with a strong showing by Aurelion Sol and mid laner Huhi. A bottom lane gank for First Blood set an early pace that would prove to be insurmountable. Have we found this year's Mordekaiser-level autoban? 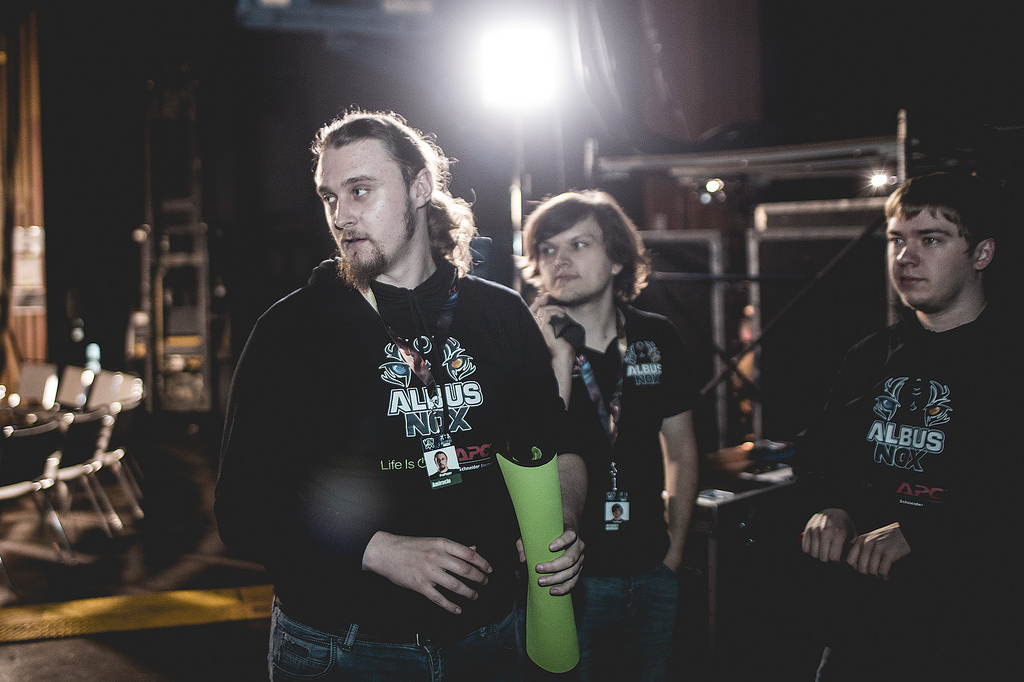 The only representative from the newly formed LCL is the Russian team, Albus NoX Luna. Understandably, no one really knew what to think about their chances on the big stage, considering they climbed up from a generally unknown region and were playing at the highest level with some of the best teams in the world in their group. But lo and behold, after 4 days they are in a three way tie for first, with an impressive win over G2 ESports and a huge upset over CLG.

Kira's Jayce pick in mid lane threw Huhi's Syndra off balance early. Kills and objectives would remain close the whole match, and gold totals would ebb and flow like a tug of war up until when ANX grabbed the gold lead at minute 35 and didn't let go. A series of big teamfight victories towards the end of the match secured a victory that most people thought would be impossible.

"We are winning because we deserve it." ANX Support Likkrit told LoL eSports after his stellar game as Tahm Kench. I think it's time to start believing him. 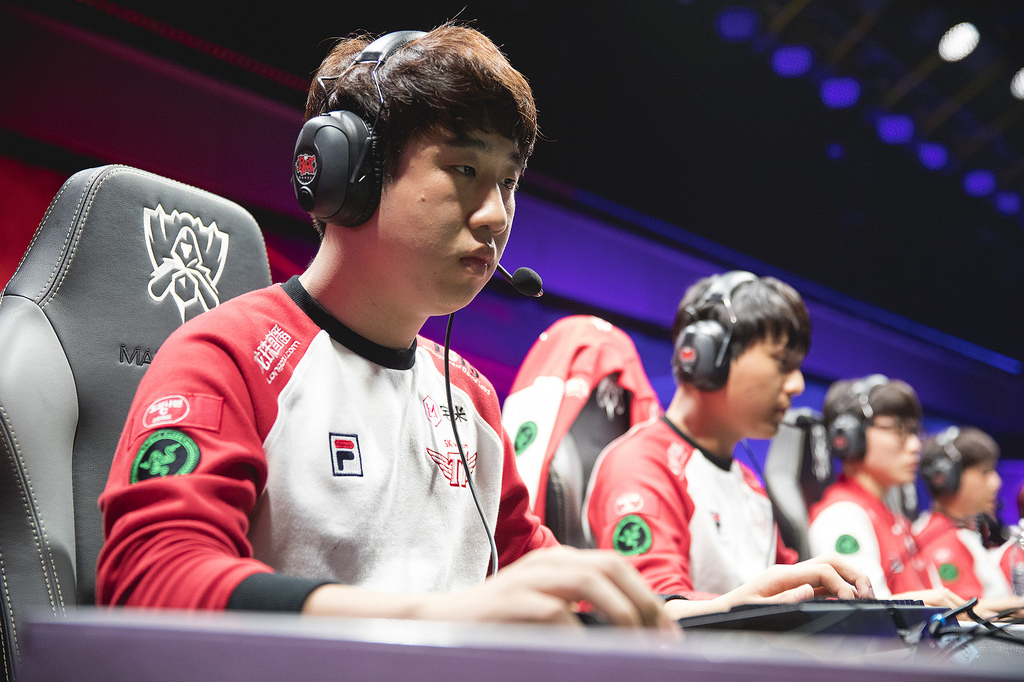 3. SKT has their work cut out for them.

SKT isn't the instant favorite in this year's World Championship because they're the returning champs. It's because they were so incredibly dominate in their run to the cup that it's pretty unimaginable that there would be a real challenge this early in the Group Stage. Generally speaking, it's been as we expected, until they met the Flash Wolves.

It could be said that the 0-2 FW were in no condition to believe that they could make a competitive game out of their SKT encounter, but not only was it competitive, it was a practical blow out. SKT had some very big holes in their early jungle strategy, and they had no great answers for Aurelion Sol. Suddenly, they are the ones forced to adjust. One of the most interesting stories for next weekend will be watching how SKT adapts to such pressure, a story that's never really been told on an international stage. 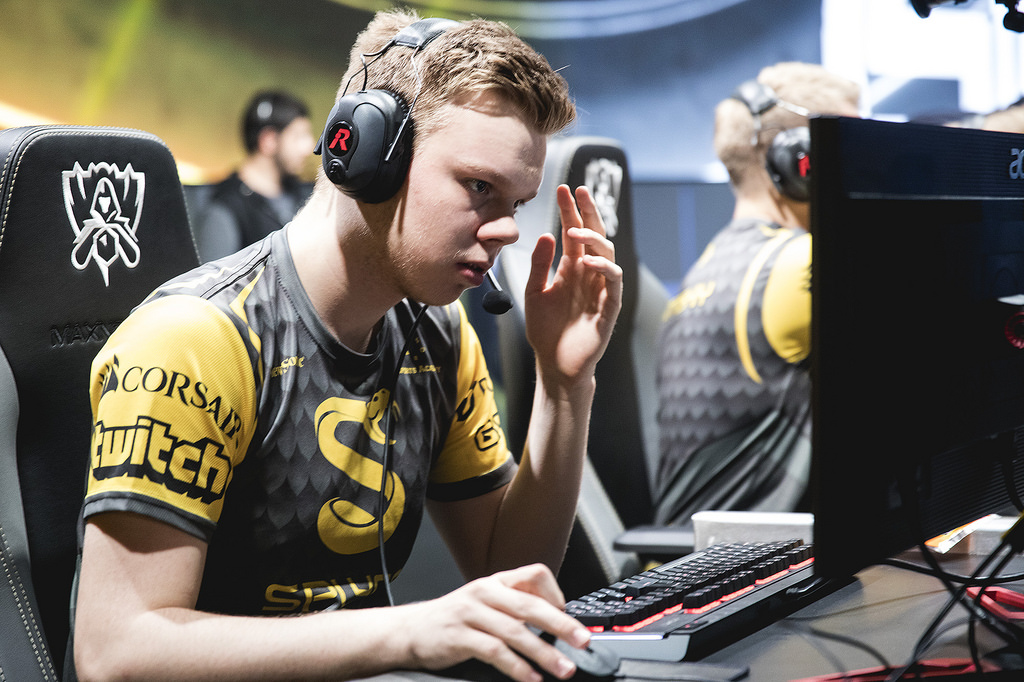 4. Is is already over for Splyce and G2?

There are only two winless teams in the tournament so far, European teams G2 and and Splyce. Europe had a tough first week overall, with H2k-Gaming only winning one game themselves, but Splyce and G2 have a lot of adjustments to make if they want to stay competitive.

G2's losses to CLG and ROX aren't particularly shocking, as they are arguably the best teams in Group A. But, like everyone, G2 got absolutely shocked by ANX's all-in aggression. G2 needs some breakout performances from star players like Mithy and Expect if they want to make Week 2 more promising.

A similar story surrounds Splyce and Group D, which was considered the most evenly matched of the groups before the tournament started. Splyce would work hard in the European LCS and secure a spot at the table, but the table happens to seat teams the likes of RNG, Samsung, and TSM. Luna has proved that there's no such thing as foregone conclusions as far as match ups are concerned, but in Splyce's case, it's hard to see them pulling themselves out of this hole with such fierce competition. Hopefully YamatoCannon and his squad has some tricks up their sleeves.

An interesting fun fact: Ezreal was picked 14 times and banned four times during Week 1, meaning he was active in around 75% of all the games of first four days. He hasn't been patched since 6.4, so why the sudden interest in him? Many popular pro team comps don't favor "peel," or the ability to rip an enemy off of a specific target or prevent them from ever engaging it, like they used to. ADCs who can take care of themselves, be it with very long range pokes, snares, or mobility, are on the shortlist. That's why you tend to see Nidalees, Jhins, and Lucians all the time. But as one of the most mobile Marksmen in the game, a well-played Ezreal can really be a self-starting terror in the bottom lane and back lines of teamfights, with the safety of knowing that he can essentially Flash away from danger without ever taking the summoner spell.

That all being said, his win percentage isn't the greatest, with only five of those 14 games resulting in wins for Ez teams. But folks like SKT's Bang and C9's Sneaky have proven that he can absolutely make a mark in the big show.

When Week 2 starts, stay glued to the Leaguepedia, as it will have up to date scores and player info as the games progress. Chat with us on Facebook and Twitter while your watching as well.

The 5 Most Important Things to Know About League Patch 6.17