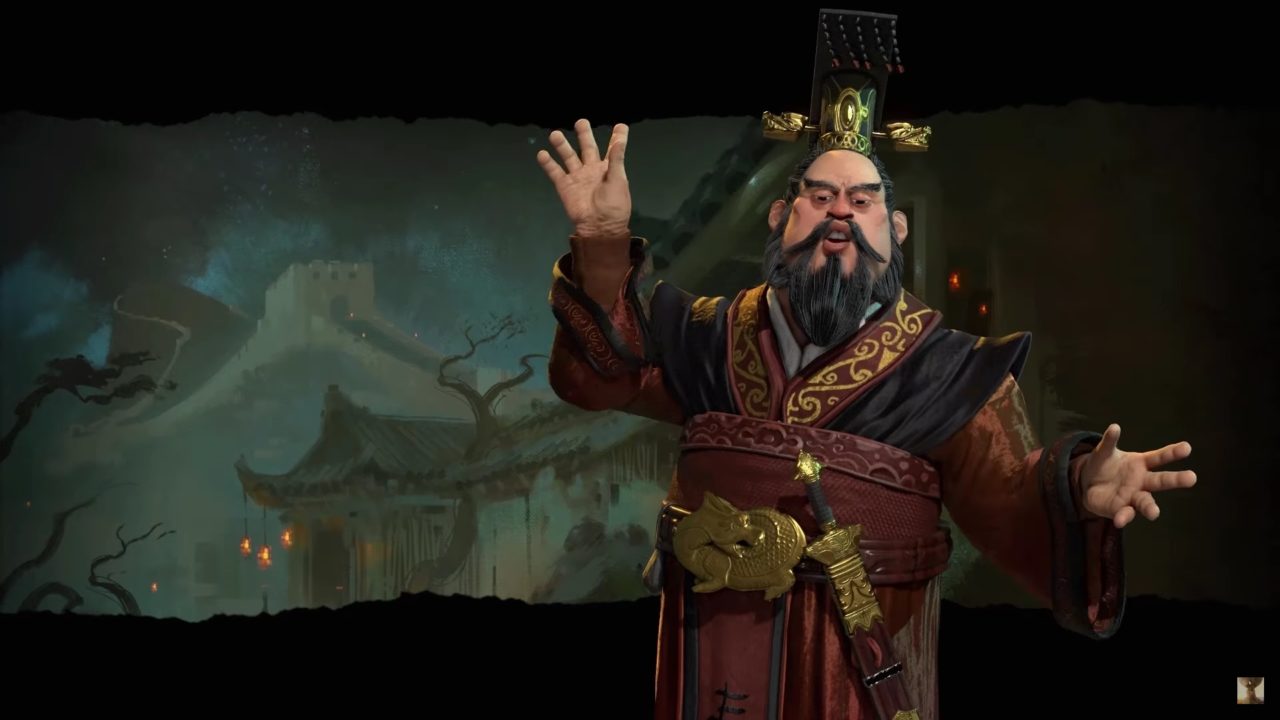 I’ve been doing a lot of reading on the history of different Civ 6 leaders lately. With the new historical agendas being in the game, it’s helpful for me to learn a little bit about a leader’s real-life past. We already discussed some of the ruthless things they did, but one particular event I stumbled upon in my research really stopped me in my tracks. It involved Qin Shi Huang, the First Emperor of Qin, and the really weird circumstances surrounding his death. Be warned, this is going to be strange.

Near the end of his life, the leader was ingesting mercury pills that were meant to make him immortal. Ironically, they’re what reportedly killed him. He died during a tour of Eastern China, about two months' travel away from the capital of the Empire. Upon the Emperor’s death, Prime Minister Li Si was deeply concerned about an uprising. He felt that the best way to stop any kind of widespread panic would be to get the Emperor's entourage back to the capital, keeping Qin Shi Huang's death a secret until they arrived. Not the worst plan, right? But, for some reason, they decided to bring the Emperor’s corpse with them a la Weekend at Bernie's.

For the next two months, the Emperor’s companions traveled back to the capital with his body in his private wagon. Only a handful of people knew he was actually dead, so the shades on the wagon were always drawn. Going a step further, Qin Shi Huang’s clothes were changed daily, he was brought food, and Li Si would send messages on the Emperor’s behalf. When his body started to decompose in the summer heat, Li Si ordered two carts containing rotten fish be placed in front of and behind the Emperor’s wagon, just to mask the smell.

I don’t know how they did, but they pulled that off. They eventually did reach the capital, and they finally announced the Emperor’s death. Two months later.

So, if you end up playing as China in Civilization VI, you now know all about the odd demise of your civilization’s leader. You can learn more about Qin Shi Huang on the Civ 6 Wiki.

The Ruthless Actions of Civ 6 Leaders No One Talks About