A new Pokemon game means new Pokemon to catch, of course, but it also means the debut of a brand new region in the vast Pokemon universe. In Sun and Moon, Game Freak may have outdone themselves in this department. The Alola Region combines some bold, new land designs with a heavy infusion of Polynesian inspiration, as well as new takes on classic Pokemon. With just a week to go before we can properly explore every nook and cranny, let's discuss what we already know about the region. 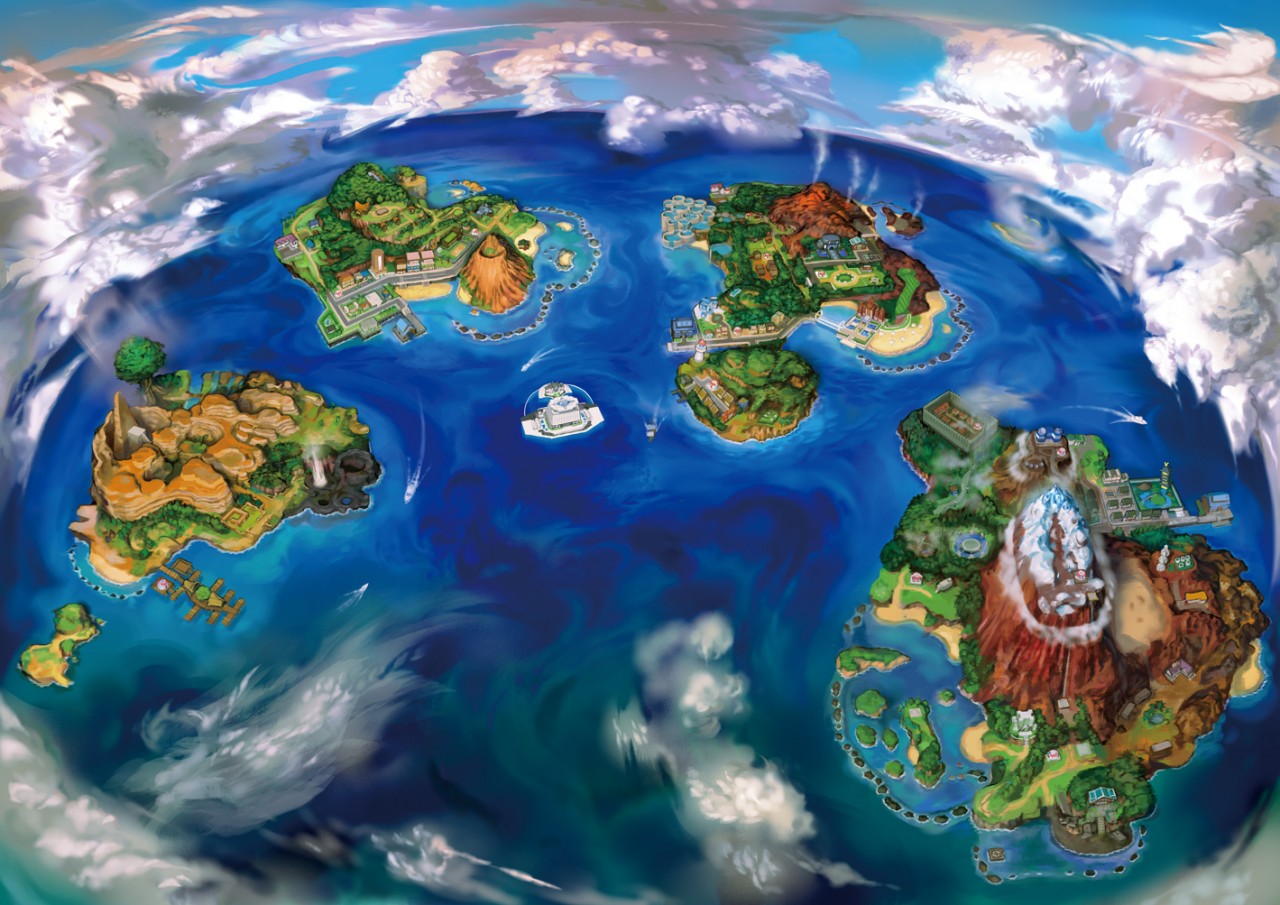 The Alola Region is a chain of islands surrounded by the sea. The diverse ecology of the islands have made its Pokemon denizens some of the most unique in the world, and the Pokemon present in Alola may behave much differently than in other regions. Pokemon and humans share a close co-existence that is exclusively characteristic to the nation and its culture. Great Pokemon spirits called Tapu protect each island and serve as deities for the islanders.

Each of the islands have elaborate rituals when it comes to eager Pokemon trainers. Trial Captains mentor young trainers through a set of challenges, which includes battling special Totem Pokemon. Eventually, trainers worthy enough will face the Island Kahuna, the island's leader and greatest Pokemon master.

According to Director Shigeru Ohmori, the Alola Region is heavily inspired by real-world Hawaii, the etymology of the name borrowing from the Hawaiian words ola and aloha - "life" and "hello/goodbye," respectively.

Melemele Island - Serving as your home island, Melemele is where you'll spend much of your early levels. The Kahuna of Melemele is Hala, an old and wise leader who uses Fighting Pokemon like Mankey and Crabrawler. Tapu Koko is an rooster-like Electric/Fairy guardian spirit that protects the island. The official color of Melemele is yellow, which makes sense considering melemele is Hawaiian for "yellow." The island is modeled after Hawaiian Oahu, complete with its on Honalulu (in the form of Hau'oli City).

Akala Island - The "pink" island is the domain of Kahuna Olivia, who trains Rock Pokemon like Nosepass and Lycanroc. The island's guardian spirit is Tapu Lele, a butterfly-like Psychic/Fairy Pokemon. The island of Akala is based on real world Maui, famous for the long beaches of its Kapalua area. The area's signature volcanic rock promontories look to be represented in Akala's design in some ways.

Ula'ula Island - We don't know who the Kahuna of the red island is yet, but its guardian deity is Tapu Bulu, the bull-shaped Grass/Fairy type. Ula'ula is inspired by the island of Hawai'i (as opposed to the whole state), with its own Mauna Kea mountain replicated in the center of the island.

Poni Island - Like Ula'ula, no reliable info exists on who the Kahuna captain of the island is yet. However, Tapu Fini is its guardian spirit, in its marlin/clam, Water/Fairy Pokemon glory. The purple island is inspired by the real world island of Kaua'i. While Kaua'i is well known for its agriculture, there doesn't seem to be a lot of room for farming on Poni.

The Alola Region stands out as one of the most creative and beautiful settings in the Pokemon series. If you want to know more about the region, its people, and its Pokemon, drop by Bulbapedia. For Sun and Moon walkthroughs, tools, and more, visit the Bulba Handbook.