Sombra is the sneakiest character in Overwatch, and she causes a great deal of paranoia on the battlefield.  I’m going to tell you everything you need to know to dominate as Sombra and deal with the threats that come your way.

Our hacker from Mexico uses a combination of a machine pistol and advanced tech to hack the planet and win the day for her team.  Her gun quickly fires a load of bullets that can deal significant damage at close range.  Sombra’s ideal scenario is to get in range of the lower health heroes and wipe them out before their team can react.  The machine pistol benefits from both headshot multiplier damage and the fact that it is hitscan, meaning bullets basically teleport instantly to the target without a visible projectile.  This is similar to Bastion, McCree, and Soldier: 76.

Speaking of teleports, Sombra is able to toss a high tech translocator device during the match and reappear on top of it at will.  The translocator can be bounced off of walls and around corners, and the teleport can occur while the translocator is in mid-air.  This is great for both a safety net, surprise attacks, and a means of escape.

To get in range of those soft targets she is always looking for, she can activate her thermoptic camo.  The camo turns her completely invisible for a few seconds and has a short cooldown.  This can assist in getting behind the enemy team - but it gets even better; during stealth, she gets a large speed boost to help her move around the map even more.  Doubling her running speed easily helps her move undetected to the perfect position to pelt snipers and supports.

Naturally she can use her skills to hack players and objects as well.  After a short channeling time, Sombra can disable hero skills.  It only lasts a short time, however all they can do is fire and move.  It doesn’t disable passive abilities, so Lucio will keep healing but cannot switch songs, Bastion will switch to recon mode, and so on.  A great strength of hers is the ability to hack health pack terminals.  This prevents enemies from using the health packs for a long while, and also triples the speed at which health packs appear! Hacking players will also display if they have their ultimate fully charged.

Passively she is granted the opportunist ability, allowing her to see enemies through walls if they are at half health or lower.  This amazing ability really helps when chasing down a fleeing foe who might be unaware of your presence.

Once she charges her ultimate ability, Sombra can cause a giant explosive electromagnetic pulse, or emp, to hack everyone in the area and disrupt both tank shields - and blue shield health such as Zarya’s, Zenyatta’s or the buffs from Symmetra or Lucio’s ultimate - in one fell swoop.  It flies out in a large area of effect from her location, hitting enemies in a sphere around her body.  It’s possible to hack an enemy, then emp them to extend the hack even longer, this is useful for keeping a key target from using their ultimate. 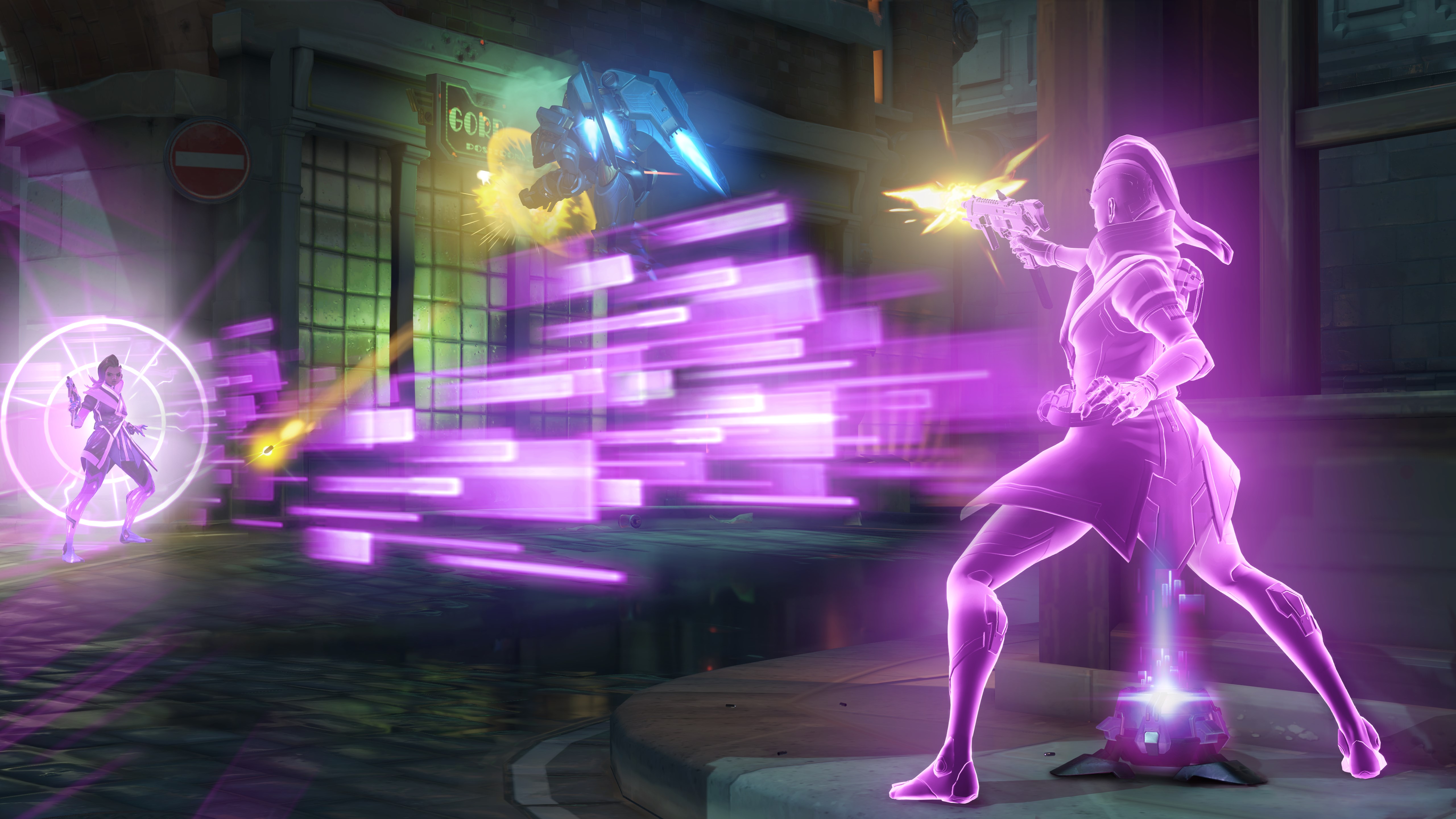 The Mexican technowiz may have been part of the crazy Los Muertos gang, but she isn’t without a few weaknesses.

The machine pistol has a very fast cone of fire bloom that has a short damage drop off.  Because of this, she needs to get in fairly close to deal effective damage.  Burst fire cannot nullify this by design, and her 200 health can be wiped out fast at her best range.  Try to avoid taking on Reaper, McCree, or Winston in 1 on 1 fights.

The opportunist ability only shows enemies through walls to Sombra herself.  Teammates who are not Sombra will have to rely on your ability to relay information on the enemy’s whereabouts, unless you count Widowmaker’s ultimate or Hanzo’s sonic arrow.

The translocator is amazing – however, her toss is slow and heavy, making it difficult to escape when in trouble.  It may be best to set up the translocator prior to an engagement instead, but remember that it only lasts for 15 seconds, and after which there will still be a cooldown before you can use it again.  Enemies can see the beacon and can camp it, ready to nail her after a teleport so setting it on a hacked health pack is a good idea.

As awesome as her camo is, dealing any damage or taking any damage will disrupt it.  Certain characters can take great advantage of this weakness, including Winston and Symmetra.  Activation and deactivation also has a short animation time that can alert the enemy of her devious intentions.  Activate the cloak around a corner and avoid enemies with large AoEs.

Hacking outside of her ultimate takes a moment and can be interrupted by any damage.  Because of this, it can be impossible to hack turrets unless they are distracted, and the same goes for enemy heroes. Try to approach from behind or above for best results, but beware - if you get to close to a turret in stealth it will detect you, the same goes for Symmetra’s sentries.

If an enemy is hacked through her ability or with an emp, they can still fire at her and walk at normal speed.  Sneaking into the middle of an enemy camp to hit them with her ult could easily get her killed without coordinating with her team. 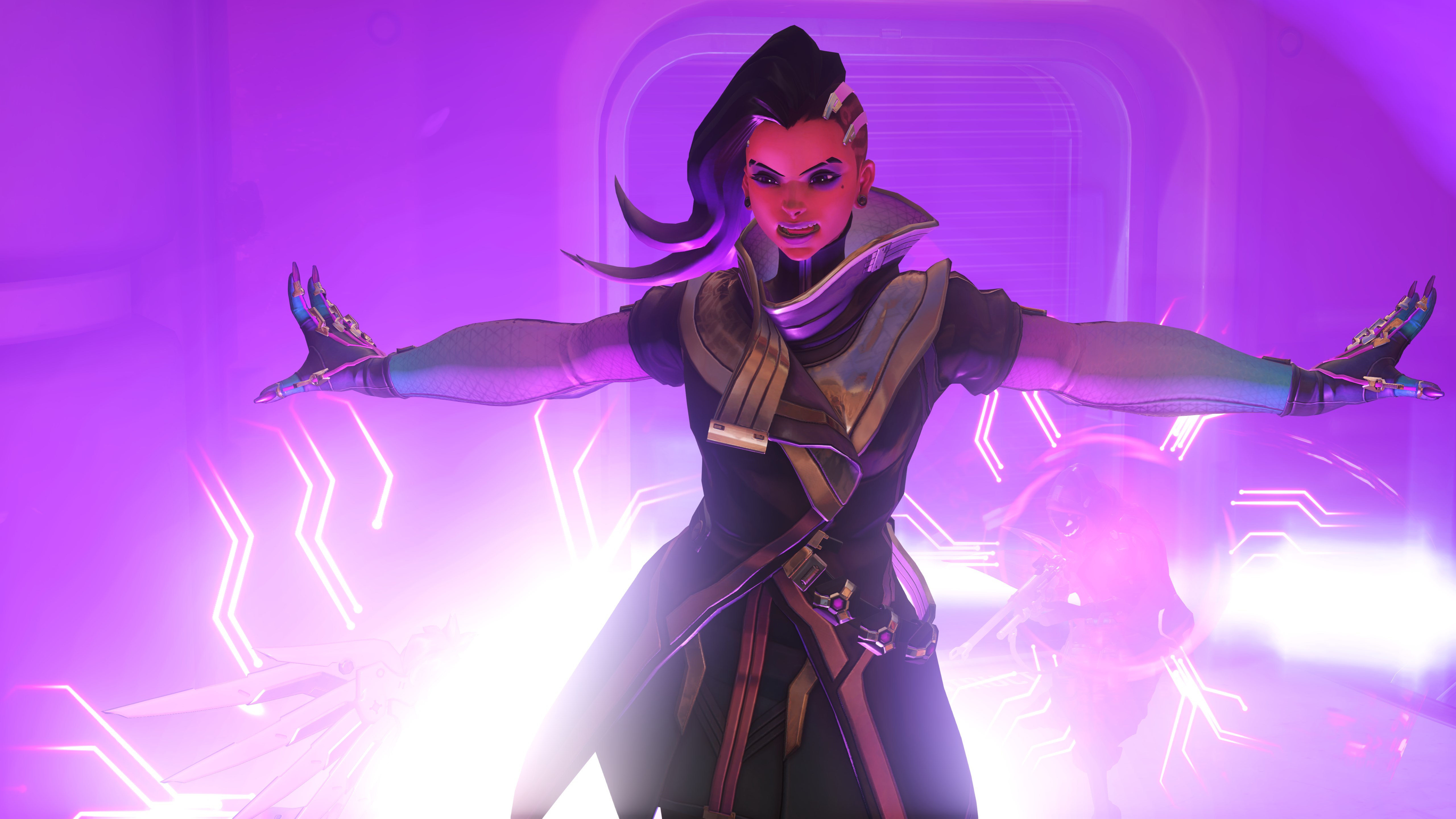 Sombra’s ultimate can be devastating, and we have a few tips surrounding this ability.  Health packs that are hacked can actually accelerate her emp charge when she uses the packs on herself.  Once it’s ready, it can nuke all rechargeable shields.  Because of this, it can completely nullify Lucio’s sound barrier.  Zarya and Symmetra will lose half of their health if Zarya doesn’t use a bubble shield, and poor Zenyatta will be left with a measly 50 hitpoints.  Prioritize these targets with the rest of your team to maximize the devastation.  It requires line of sight much like D.Va’s ultimate, but it passes through the payload.

Hacking and emp both only interrupt ultimates that are also affected in the same way that McCree’s flashbang does.  As an example, her emp can stop Reaper’s Death Blossom but cannot stop Genji’s Dragon Blade ultimate.

A popular choice for many Sombra players is to hack a health pack and leave their translocator on top of it.  With this, if you get in trouble, teleport away to get a fast heal, but take note of any players camping the beacon, particularly Junkrat who can prepare a trap on it.

Once a health pack is hacked, it can be refreshed, which will restart the cooldown before the enemy can use it, even if it is by another Sombra player on your team.  Focus on the enemy team’s healers and then refresh health pack hacks to frustrate the opponent, delaying their push and possibly cause them to retreat.

Sombra’s camo allows her to avoid McCree’s ultimate entirely. Even if it begins to lock onto you, once you stealth it will lose its target. It will also not allow Soldier: 76’s ultimate to lock onto you – however, if he’s already shooting at you, he will likely instantly cancel your stealth.

Always keep a translocator tossed out when engaging the enemy, using hit and run tactics to distract them from their goal.  If you can catch an unaware Roadhog, hack him to block his ability to hook you, but more importantly to prevent him from healing himself.  Deal as much damage as you can, then teleport away, recloak, and hack him again.

Learn more about Overwatch heroes and lore on the Overwatch Wiki. 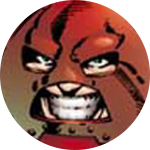 Jaybonaut has been playing games since Pacman, and he shares his love for gaming while spitting knowledge. He hopes to help the world 'be less derp' while voice-acting, script writing, creating videos, and being a part of your team on the battlefield.

Get a First Look at Sombra's Abilities in Overwatch

Sombra Lore in Overwatch - Everything We Know So Far