Get yourself a man who can do both - or in the case of Varian Wrynn, one that can do all three. The newest addition to Blizzard’s Heroes of the Storm is a veritable swiss army knife capable of playing three roles: a Warrior Hero that can parry attacks, an Assassin that can chase down foes, and a hearty damage dealer capable of assaulting mercenary camps. I've compiled a thorough overview of Varian's strengths and weaknesses, as well as a few tips to help you with cleaving a path of destruction through the Nexus.

What Varian Can Do

The former king of the Alliance is classified as a Warrior, but he can use talents to morph himself into an Assassin. The ability to play as a tank or damage dealer affords Varian a wealth of freedom in regards to play style, allowing the player to pick talents that best counter their immediate foes.

No matter the specialization, Varian has skill at standing tall in the midst of a team-fight, as well as chasing a fleeing enemy and initializing combat. His Lion’s Fang ability has a formidable slow, long range, and it hits all enemies and minions in a line, giving it an advantage over other skill shots that minions absorb.

The beloved king has two effective slowing abilities for chasing, as well as the level 13 talent Banner of Stormwind, which gives himself and allies a 25 percent movement speed boost. When combined with his Taunt heroic ability, Varian can pick targets out of a busy crowd and force them into submission in ways that other Warriors can’t match.

His DPS talents afford him the rare ability to tackle mercenary camps with little risk to himself, especially in the early and late game. His Parry ability and the level 7 talents Victory Rush or Second Wind both afford Varian the sustainability needed to assault camps with relative safety. 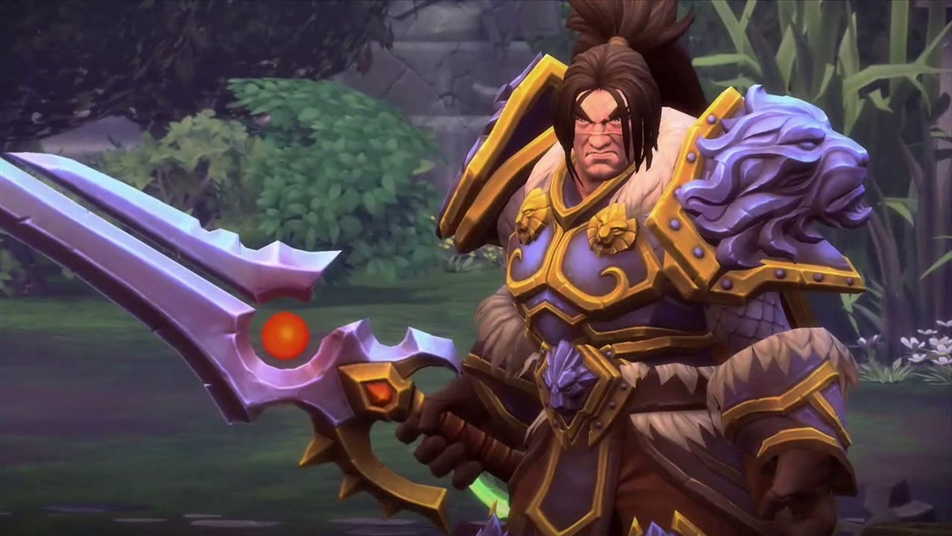 Due to a lack of reliable escape buttons, Varian needs complete map awareness. His propensity to chase fleeing victims is a double-edged sword, as he has few options when cornered and outnumbered.

For Varian to excel, he needs proper team synergy - preferably with heroes such as ETC who can help keep a slowed enemy locked down and stunned. Proper teammates will also help keep Varian alive, as he has a tendency to be first one in and last one out of massive team-fights.

While Varian would seem like an excellent duelist thanks to Parry and his healing talents, his complete lack of true mobility leaves him in too many fight or die scenarios. His dual-wielding talent, Twin Blades of Fury, alleviates this some, but don’t allow overconfidence in your attack speed to be your downfall.

Varian’s versatility often leads to miscommunication in drafts, so prepare to discuss team needs with allies. Ranked matches will fall apart in an instant if the team needs a tank and Varian decides to not take Taunt at level 10.

In order to get the most out of Varian, you should practice the proper ability rotations for each specialization. Colossal Smash is best used as an opener, thanks to its ability to make foes vulnerable. Likewise, practice linking together Charge, Parry, and Taunt while tanking so that enemies have zero chance of running from a fight.

Varian is an effective laner, with Lion’s Maw giving him a proper poke against most of the roster. Be wary of enemies such as Lunara and Gul’Dan, as they can force Varian to retreat and take advantage of his lack of mobility in the early game.

Taunt will interrupt specific channelled heroic abilities with opening animations, such as Sundering and Mosh Pit. Likewise, Charge can stop Li Li and Malfurion’s healing heroics if the level 4 talent Warbringer is chosen. 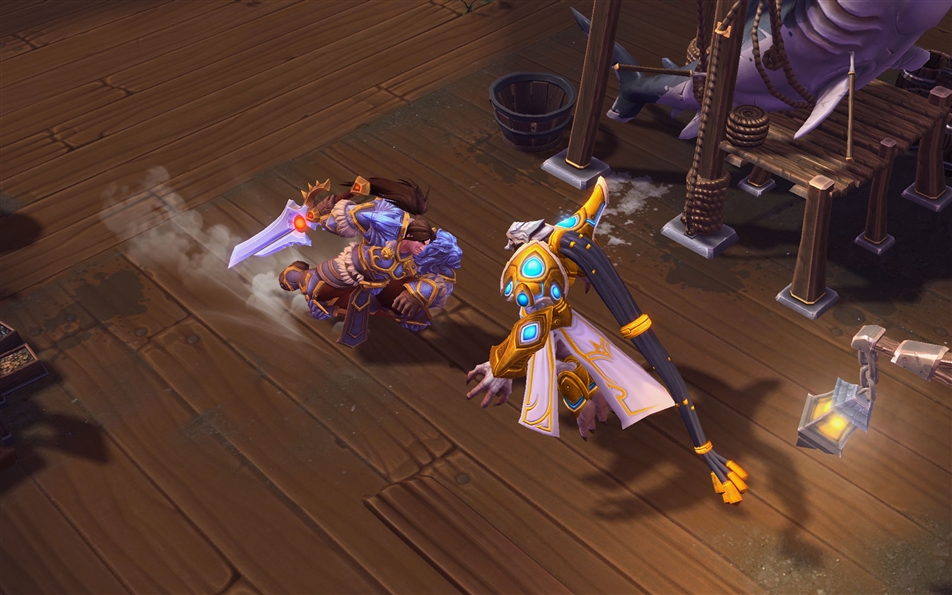 The level 16 talent Sundering Throw is a hard counter to a number of shield-based heroes, including Chen, Kerrigan, Zarya, and Artanis. Chen is especially susceptible, as it will eat through Fortifying Brew in an instant.

Varian has some split-pushing power in the late game, with Parry and Twin Blades of Fury allowing him to hit mercenary camps without taking much damage. Don’t overly rely on leaving your team high and dry, but if the enemy isn’t at full strength, Varian has a chance at camps.

You should fear enemies with the ability to blind, such as Johanna, Li Li, and Auriel. High mobility heroes such as Tracer also pose a threat, as they can easily overtake any escape attempts by Varian if he’s alone.

Further information on Varian and other heroes are at the Heroes of the Storm Wiki.