ARK: Survival Evolved is still a certified Steam phenomenon, and its recent PlayStation 4 release will only add to the popularity of the dino-riding adventure. But there’s more to it than playing rodeo with prehistoric beasts. You gotta survive—whether that be against the elements, the dinos, or your fellow human players. That means you need a base, and the community has certainly done its part in building some impressive creations.

We’ve picked out eight of the very best bases ARK players can build, and even this is just a tiny sampling of what’s possible. From snowy mountain fortresses to Frank Lloyd Wright-inspired architecture, this community has done it all. 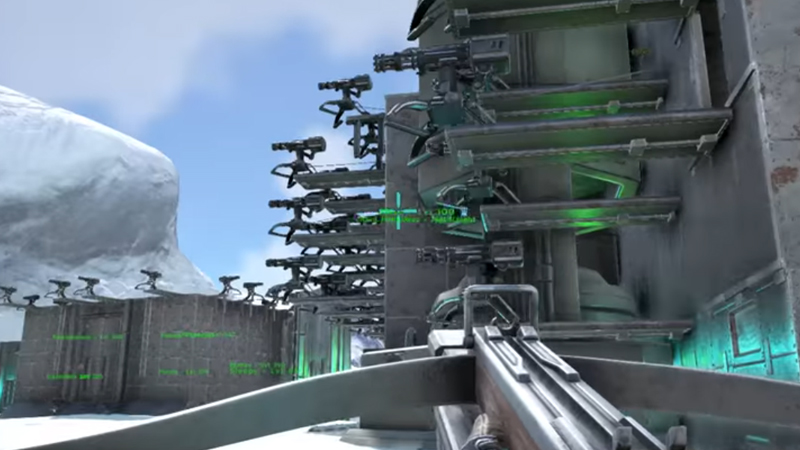 A steel fortress atop a massive frozen cliff, this base is a practical, well-defended spot to keep your supplies and breed your mounts. “Well-defended” may be a bit of an understatement—check out that gun tower, which will unleash a frankly absurd wall of firepower upon any who dare set foot near your home.
Source: YouTube 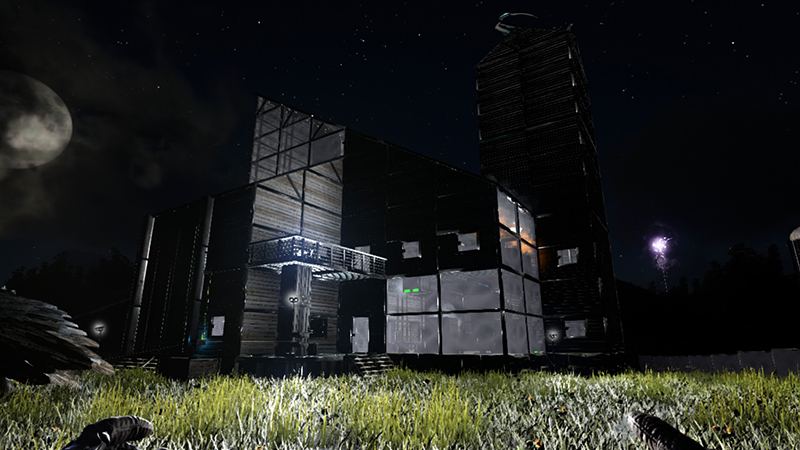 This one looks beautiful lit up at night thanks to a mod allowing for some big glass windows. The modern architecture may be less than defensible, but thankfully this is a PVE map. There’s a first story garage equipped with an elevator for easy transference of goods, making this looker an efficient place to take care of your operations.
Source: Reddit 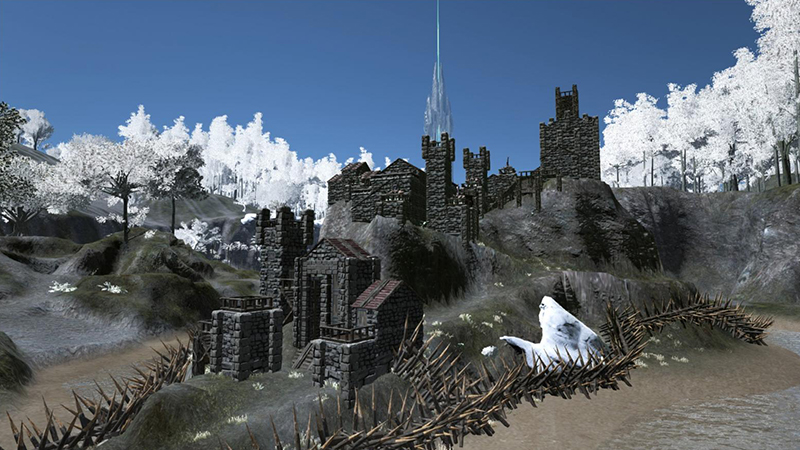 Why live in a house—or even a fortress—when you can build a gosh-darned castle? Set on a hill in the middle of a valley, you’ve got the high ground against any invading forces who’ll be forced to march up the central path to get around a pile of traps and walls. On the winter nights when the chill sets in, you can even enjoy a quiet sit by the hearth. Ah, the perks of lordship.
Source: ARK Community Forums 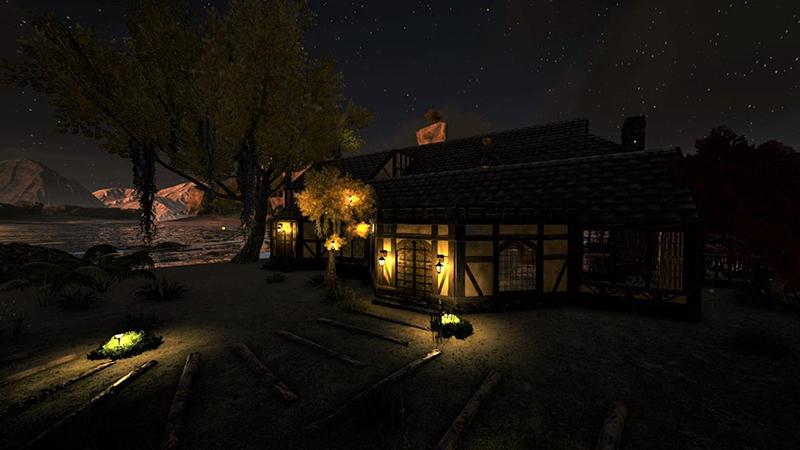 Not just a house, not just a base, but an entire homestead. Inspired by a southern plantation, the centerpiece of this complex is a huge antebellum mansion, filled with all sorts of homey touches. It's perfect for putting together one heck of a feast, and the waterfront location even provides an excellent view.
Source: ARK Community Forums 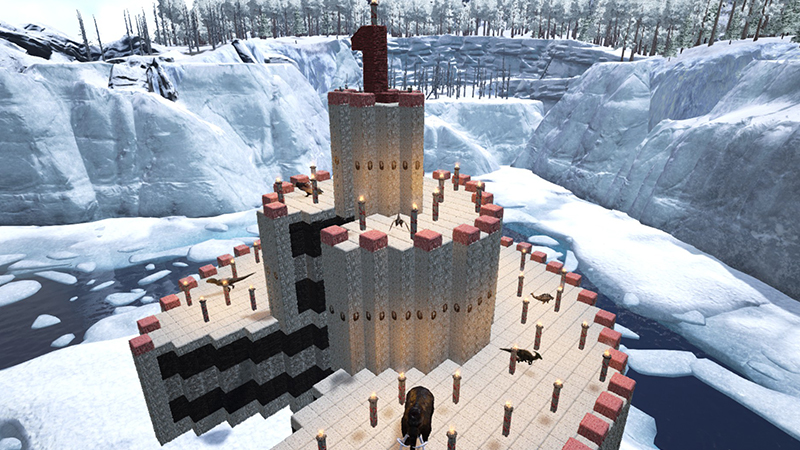 What if I told you it was possible to have your cake and live in it, too? That’s exactly what’s happening with this confectionery delight, crafted specially to celebrate ARK’s first anniversary. Sure, it may not be practical to live amid all that sugar, and the icing sticks to everything, but on the plus side you’ll never go hungry.
Source: Imgur 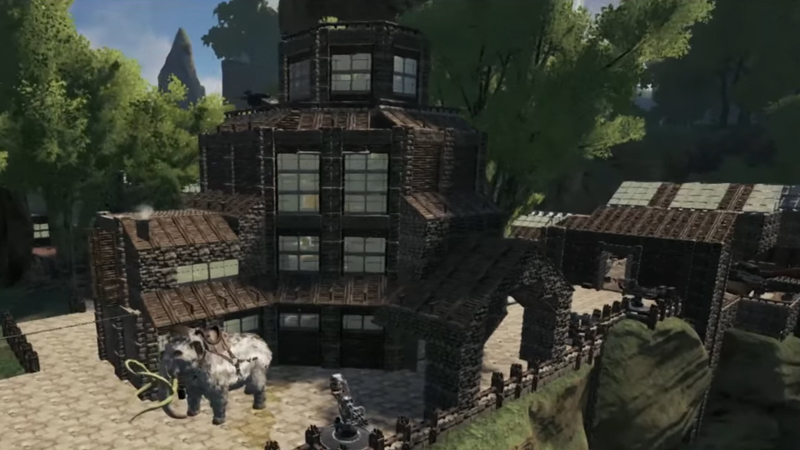 This one is truly something else. It's a practical location with everything a survivalist needs, but this villa goes far beyond utility with its beautiful mountaintop location and aesthetically pleasing build. Whether you just want to enjoy the view, or you want to launch from the cliffside atop a mighty Quetzalcoatlus steed at a moment’s notice, this place has got you covered.
Source: YouTube 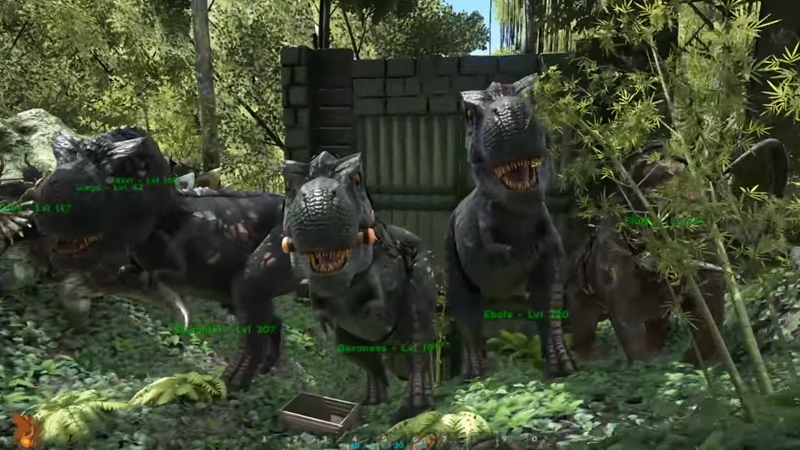 So far, we’ve been looking at visually cool bases meant largely for PVE servers. But what if that’s not your jam? What if you live for crushing PVP opponents, and find nothing better than to see them driven before you and hear the lamentations of their dinosaurs? If you like tormenting other players, this epic construction is for you. I can’t possibly summarize the details here, but every trick, trap, and secret of ARK is utilized here for the ultimate in home security.
Source: YouTube 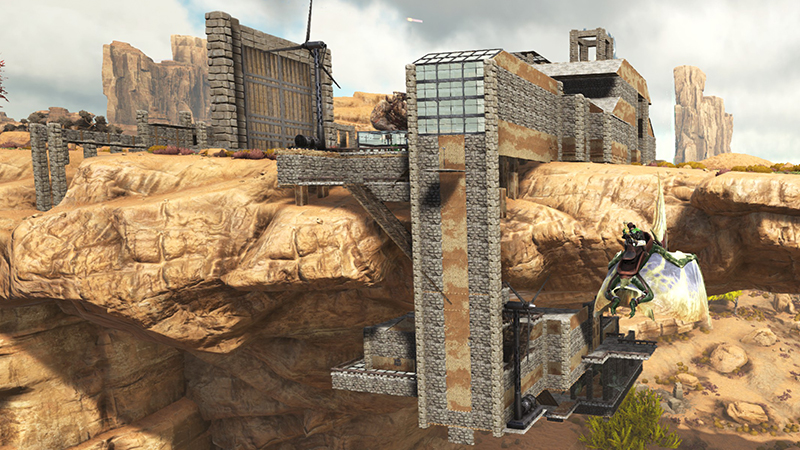 If you’ve got to make your stead in the most rugged of locations, it doesn’t get more extreme than this floating base, which grips itself like a vice around a mountain arch. You might think it would be a dry place to live, but the builders have still managed to put together a fully hydrated greenhouse even in this unlikely locale.
Source: Imgur

What are your favorite ARK creations? Let us know in the comments, and be sure to check out our Official ARK: Survival Evolved Wiki!

The 5 Most Surprising Cards in Hearthstone's Mean Streets of Gadgetzan