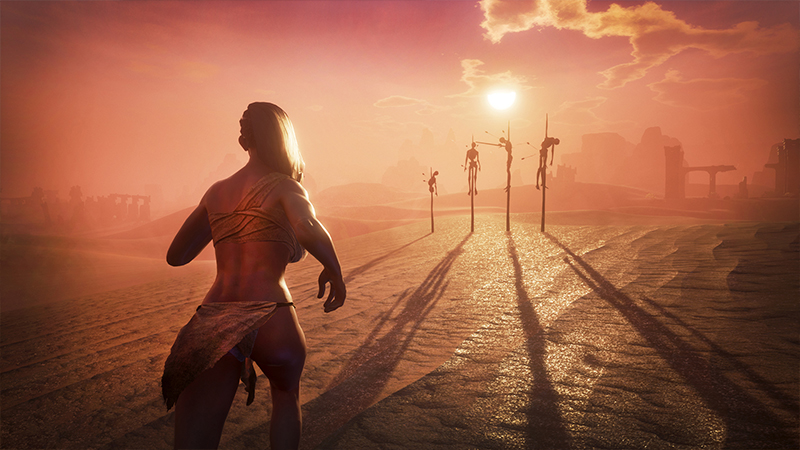 Conan Exiles is set to take on survival and crafting juggernauts like ARK: Survival Evolved and Rust with some brutal fantasy set in the dark, violent world created by Robert E. Howard. You’ll contend not just with needs like thirst and hunger, but you’ll also have to maintain your sanity in battle against eldritch horrors and curry favor with your chosen deity.

The game starts with you being exiled to the desert, hung on a cross, and left to perish from exposure and starvation. This is where you create your character. The visual options you’d expect for customization are all there, but early players might be confounded by exactly what the purposes of the race and religion options are. Luckily, we’re here to help. 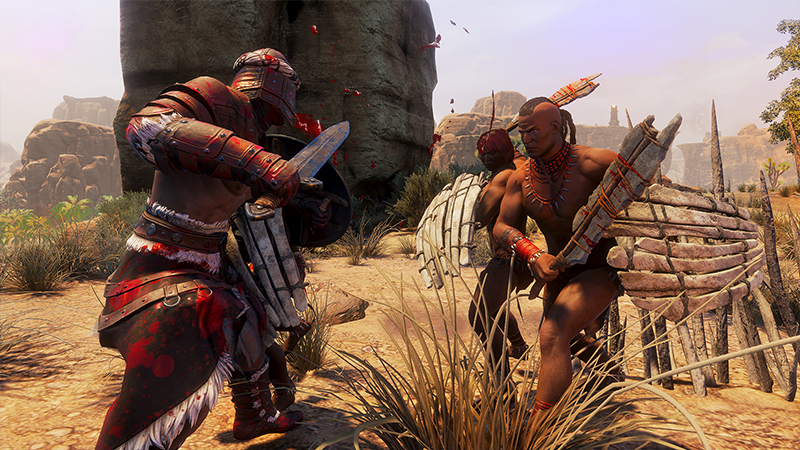 There are numerous options for race in Conan Exiles, and you may find yourself paralyzed by choice. But fear not! Race has no effect on your character’s skills, abilities, or progression. It’s purely an aesthetic starting point, and a bit of extra roleplay material for Conan fans. What options are on the table? Let’s break it down.

Hyborian: The iconic race of Conan’s world, Hyborians are a diverse race descended from a tribe of northern barbarians which destroyed an ancient empire.

Cimmerian: Descendants of the Atlanteans, Cimmerians are barbaric raiders feared by all their neighbors.

Stygian: Stygians are ruled in theory by a king, but the true power lies in the priests of Set—or in their rivals, a mysterious cabal of sorcerers.

Tribal Himelian: Flanked by enemies to the north and south, Himelians have learned to survive by fierce loyalty to one another and fierce distrust of others.

Hyrkanian/Turanian: The Hyrkanians are a race descended from emancipated slaves, and their most famous tribe—the Turanians—have built a seaside empire.

Khitan: Little is known about the Khitan, and they have a reputation as mysterious, secretive creatures, which only adds to their reputation as sorcerers.

Kushite: Distant foreigners that are little understood beyond their borders, Kushites are still well-known as holding both mighty empires and savage barbarians.

Nordheimer: The pale, blue-eyed warriors from the north, the Nordheimers, are well known for their physical strength and overwhelming prowess in battle.

Pict: The Pict are at constant war with each other and their neighbors, and the constant battle of the Pictlands have hardened its natives.

Shemite: Shemites are alternately known as nomads skilled with bows and duplicitous trading, and as skilled, civilized artisans and craftsmen.

Darfari: Darfarian barbarians are feared throughout the lands, known as savage murderers and bandits who style themselves in the likeness of demons.

Vendhyan: Known as the people of the golden kingdom, Vendhyans are known for their ruling caste’s unearthly beauty.

Zamorian: Zamorians are little trusted throughout the world, as their reputation paints a picture of a race of master thieves.

Zingaran: The nobility of Zingara are reputed as chivalrous swordsmen, while Zingaran sailors are hated as brutish presences in friendly ports. 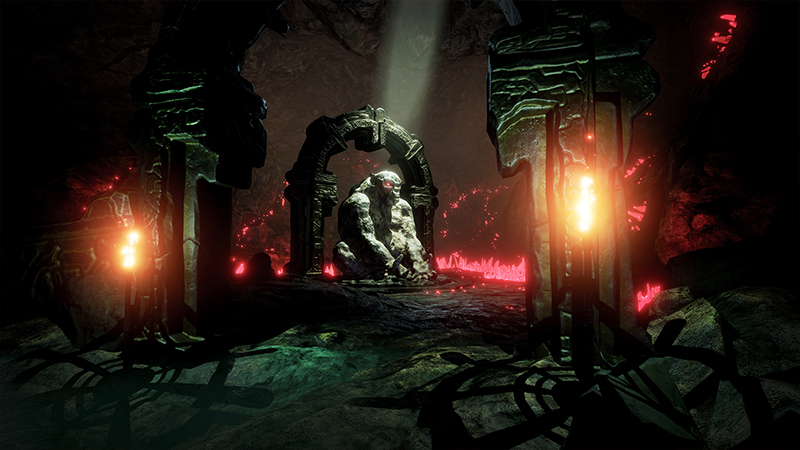 Religion, on the other hand, does matter, though your initial choice isn’t as important as you might think. You’ll be able to worship multiple gods throughout the game, sacrificing the beating hearts of your enemies to curry favor with your deity of choice. The decision made at character creation only starts you with basic access to your gods’ favors—a handful of unique recipes or the ability to craft that deity’s sacrificial altar.

There are four choices available in the Early Access launch of Conan Exiles, with three more to be added down the road. Gods will offer perks in exchange for your worship, eventually allowing you to call down their avatars against your enemies. Here are the initial choices you’ll have upon the game’s launch.

Crom: Crom values the ability of mortals to strive and achieve on their own, and is referred to in Conan Exiles as the god who requires no worship. Consequently, he also offers no benefits to his worshippers. So why choose Crom at all? For indecisive (or agnostic) new players to put off the question of religion until later in the game.

Set: The god of serpents and sacrifice, Set has been a mainstay of trailers and promotional materials for Conan Exiles, with his giant snake avatar setting itself upon buildings and doing battle with other titans.

Yog: The lord of empty abodes, Yog is known—and feared—as the god of cannibals. We don’t yet know much about this god’s role in the game, though we suspect his followers should have a sturdy stomach.

Mitra: Don’t think every god of this realm is a dark master, as Mitra is the god of right and justice, worshipped with fervor in the Hyborian realms. Mitra’s avatar was another early reveal for Conan Exiles, wrecking enemy fortifications and other gods in the form of a massive warrior statue. 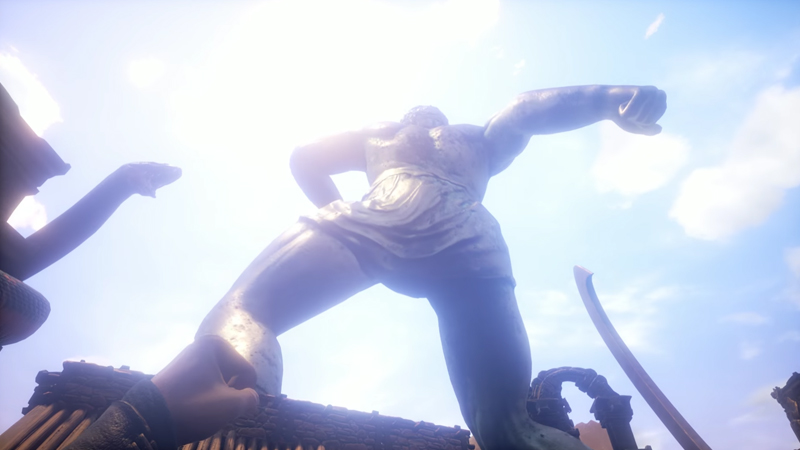 For more information about the race and religion options in Conan Exiles, be sure to check the Official Wiki for more details. Conan Exiles enters Early Access on PC on January 31.

The 5 Most Surprising Cards in Hearthstone's Mean Streets of Gadgetzan