Conan Exiles is out in Early Access on Steam, allowing survival fans to make their way in the brutal world of the Exiled Lands. Once you’ve moved beyond the basics of scrounging for food and putting together armor and weapons, it’s time to start building your own bit of civilization—but to do that, you’ll need Thralls to carry out your wishes.

The Thrall system allows you to capture NPCs and set them to work in your camp, doing everything from defending your base to crafting items to dancing away the corruption you incur from fighting horrible monsters. If you’re wondering exactly what it takes to become a master of Thralls, we’ve got the basics covered. 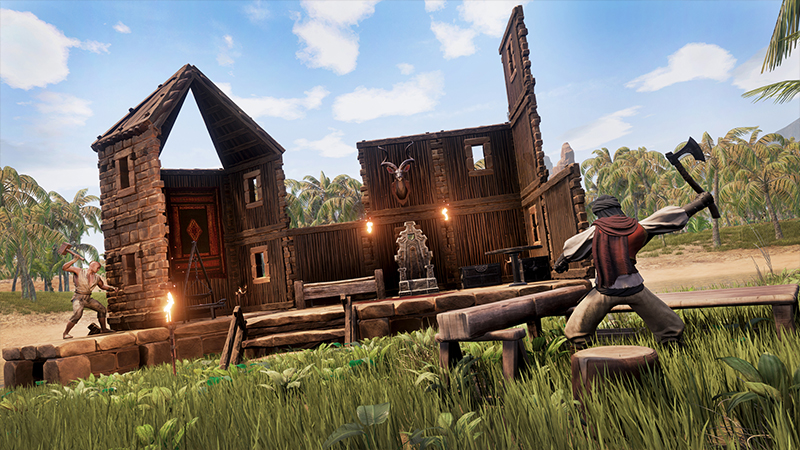 Level Requirement: You’ll need to have reached level 10 by crafting, collecting resources, and defeating enemies. At the tenth level, you’ll be able to spend three points to learn the “Thrall Taker” knowledge, allowing you to craft Truncheons, Fiber Bindings, and the Lesser Wheel of Pain. You’ll need all three to enslave your chosen target.

Who You Can Capture: You can elect to capture any NPC aside from named, story-related characters, but they all have various specializations, such Archers or Blacksmiths, which will make them suited to specific jobs once they’ve been broken. In addition to normal NPCs, there will be higher-tier characters that will be even more effective at their jobs.

Capturing Thralls: Once you’ve chosen your target, you simply knock them out with a Truncheon, tie them up with Fiber Bindings, and drag them back to your Wheel of Pain. (Make sure not to swing your Truncheon too wildly, as it seems to be easy to kill a knocked out enemy.) The Wheel of Pain works essentially like any other crafting station: just add fuel (in this case, food) and the item you want to craft (your NPC) and the wheel will slowly break the Thrall down to follow your will.

Placing Thralls: After the breaking process is complete, you just add the Thrall to your inventory and place it like any other object. You’ll naturally want to make sure Archers are in position to defend your base and Craftsmen are near their respective work benches. 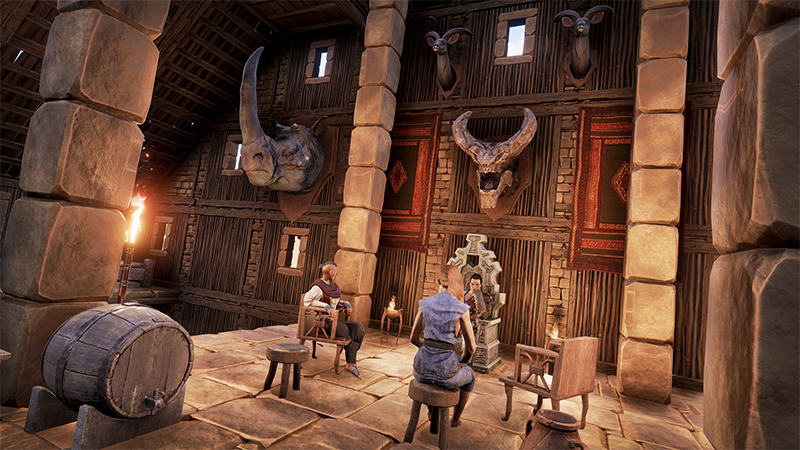 Here are some of the Thrall types you'll encounter:

And that's basically everything you need to know! We're still sorting out the details on all the individual Thrall types, but you can be sure the Official Conan Exiles Wiki will have all the details as we discover them.