There are many fearsome and dangerous creatures in the world of Conan Exiles (now available in Early Access), from the mundane, like crocodiles and elephants, to the mystical, from imps to skeleton warriors. But, out of all the creatures, there are none quite so fearsome as the mighty dragon. We’re still very much in the early days of discovering the secrets of Conan Exiles, and a lot of the details of the dragons still elude us, but we have found out a bit of important information. 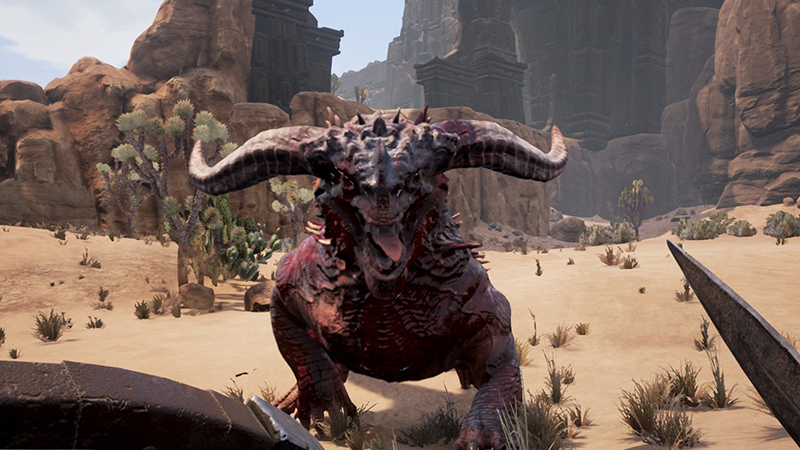 Where to Find Dragons

Three types of dragons exist in Conan Exiles: green dragons, red dragons, and undead dragons. Green dragons can be found covering the corrupted Unnamed City in the center of the map along with hordes of skeleton warriors. There are tons of green dragon hatchlings and certainly a few full-grown beasts lurking in the ruins, each of which has proven to be a dangerous opponent.

We’ve yet to defeat a dragon without the help of administrator cheats, and it seems the few players who have felled them so far have done so by taking advantage of server lag or AI exploits, and it’s not yet clear what the strategy is for actually defeating them. Likely, it will require an army of players working in concert to defeat the dragon.

From the dragon’s corpse, you can harvest bone, brimstone, exotic flesh, thick hide, and demon blood. Here too there are more mysteries. Most of those items are valuable crafting materials with numerous uses, but we’ve yet to find a way to utilize demon blood. Perhaps it’s some kind of special item that will be made use of in a future update to Conan Exiles?

The undead dragon, in addition to normal resources, yields “undead dragonbones” and “undead dragonhorns,” unique resources that you can’t even spawn as a server administrator. There are, however, placeholder names for a set of undead dragon armor and weapons. It seems that the mighty winged zombies will be involved in creating an especially powerful set of equipment—one that’s not in Conan Exiles just yet. 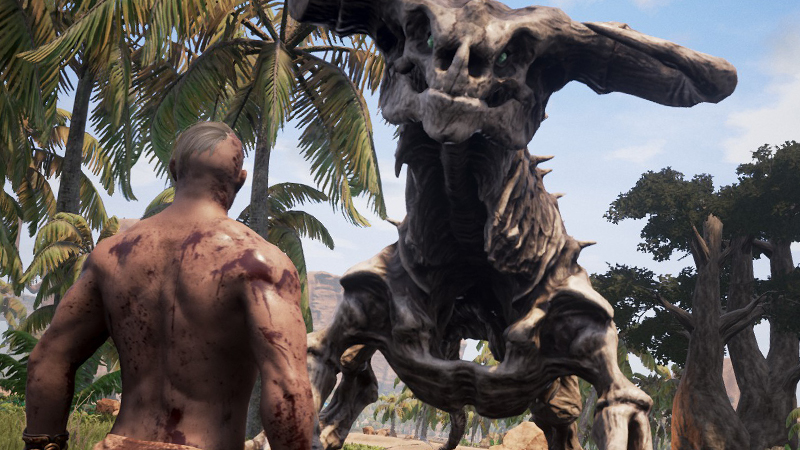 The knowledge we have about Conan Exiles’ most powerful beasts, the dragons, is maddeningly limited so far, but you can be sure we’ll keep plumbing the depths of the game’s secrets to find out what’s what. Until then, be sure to check out the Official Conan Exiles Wiki for all the details as the community unearths them.

Conan Exiles Thrall Guide: How to Capture and Place Thralls in Your Base