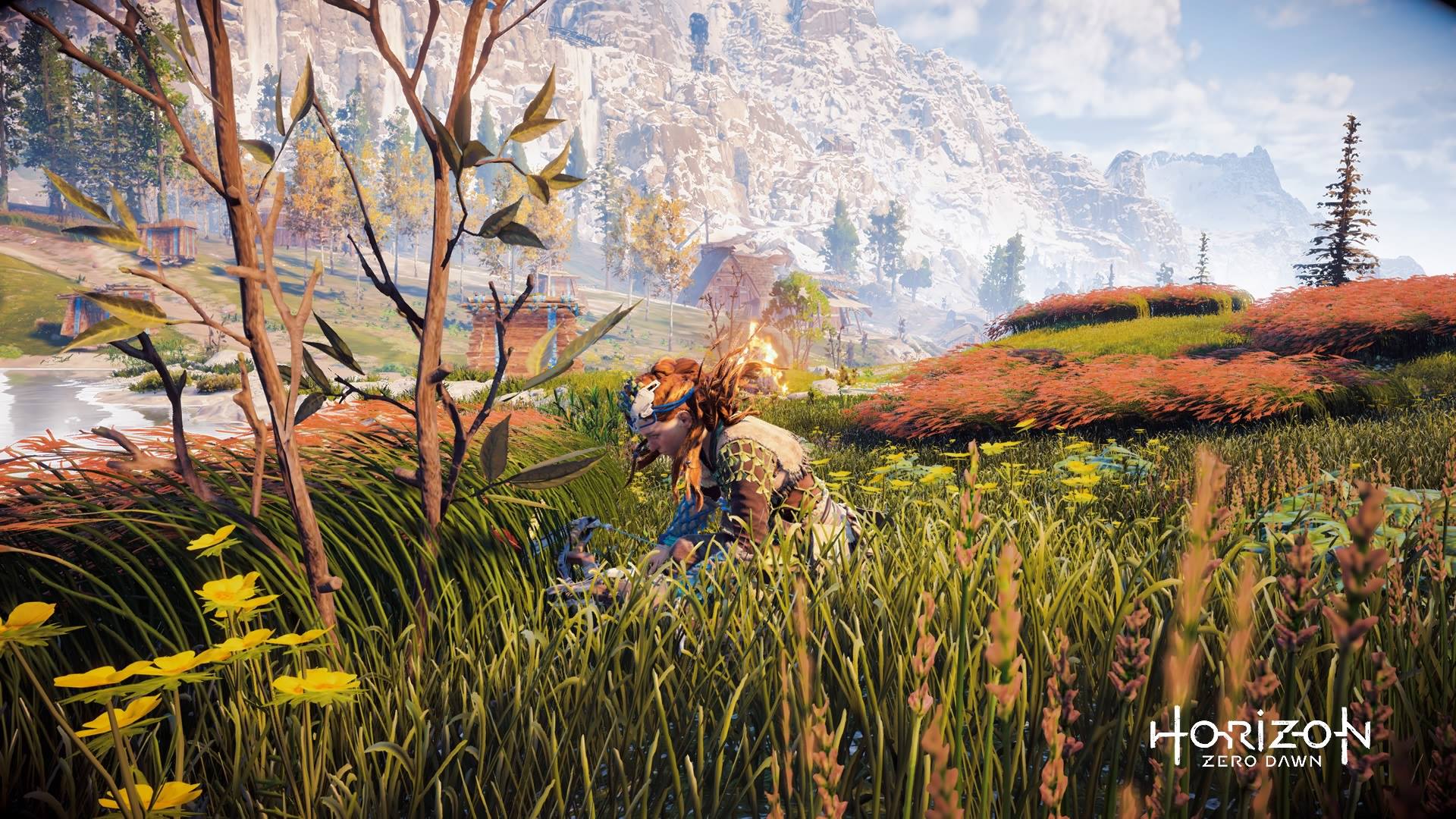 Any burgeoning hunter out in the wilds of Horizon: Zero Dawn needs to know the basics to survive. After all, if you aren't crafting your own arrows while being chased by an angry Shell-Walker, then who will?

This is a guide covering the basics of crafting and modification, along with a few safe and sane tips to keep your bags stocked and Aloy from dying a harsh death to any number of this world's mechanical machinations. 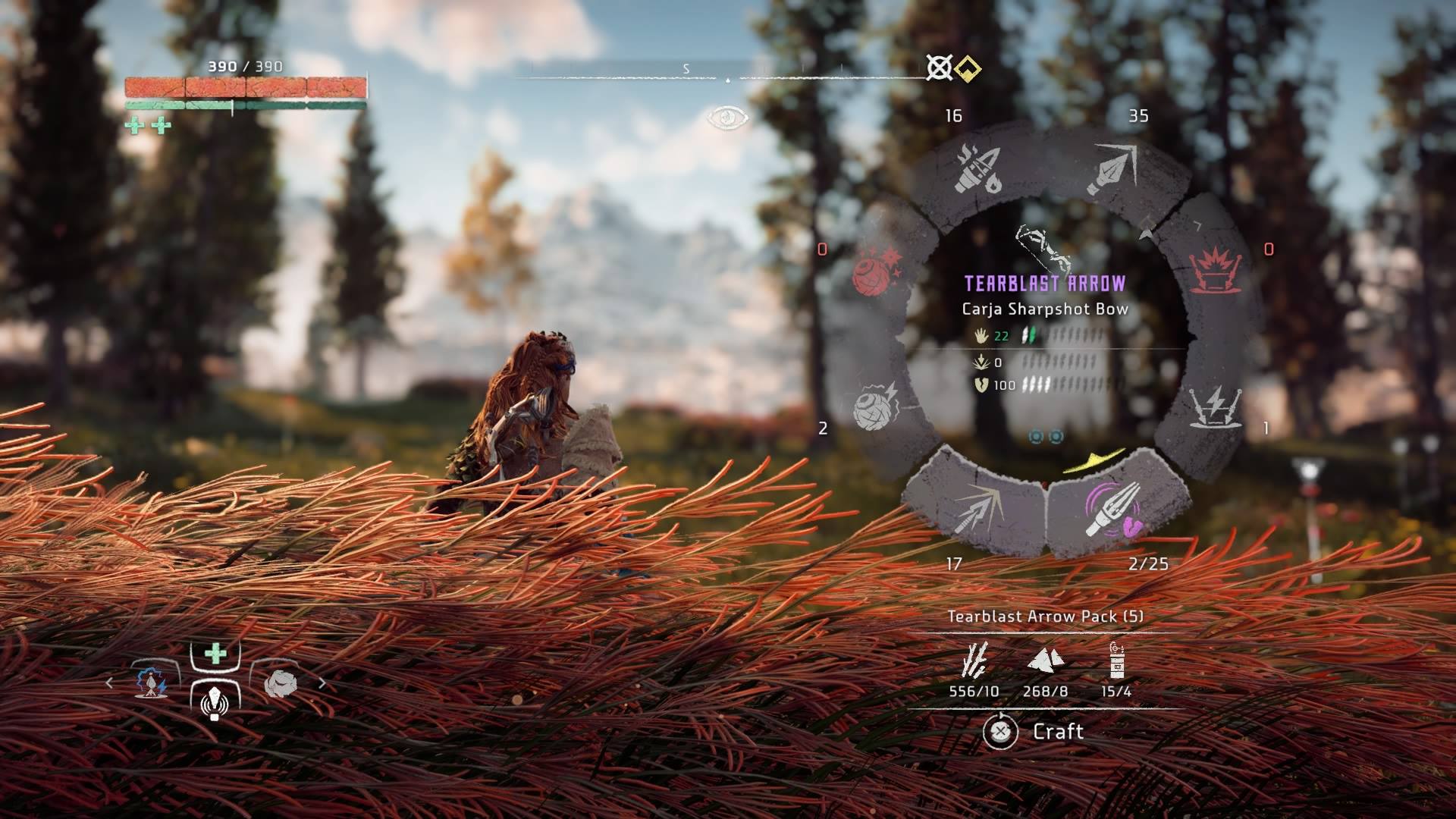 Aloy's adventures across this post-apocalyptic world require the player to craft everything needed to survive, from ammo and traps, as well as potions and fast travel items. Mother Nature will provide many of the base resources needed for crafting, such as wood, herbal items for your healing pouch, and elemental plants needed for specific ammo types.

However, the best resources - the good stuff needed for trading and the heavy-hitting ammunition - comes off of the Machines that live and move across the terrain. Not only do these metal beasts drop resources such as Chillwater and Blaze (both vital components for ammunition) but they also drop beast-specific parts that are used for trading and gaining metal shards, the currency of Horizon: Zero Dawn. 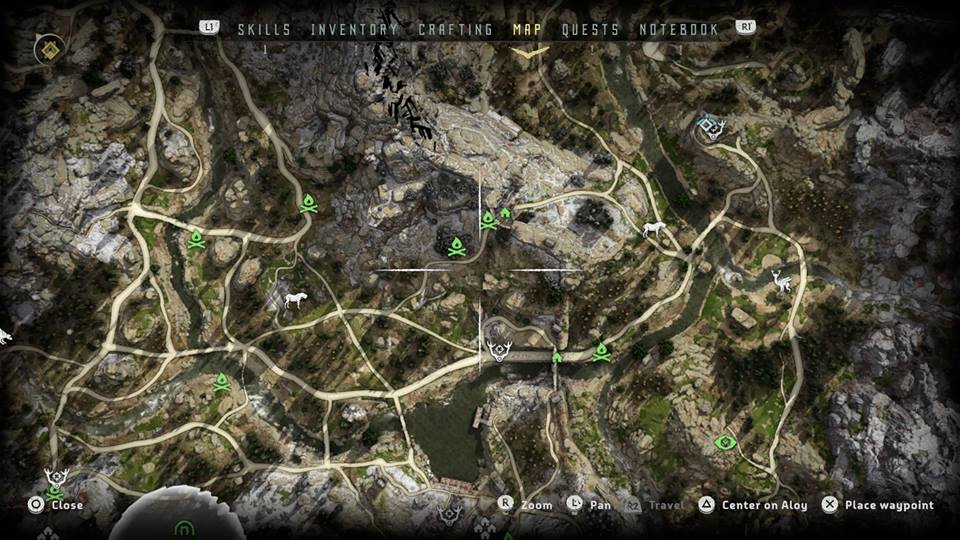 Ammo Crafting And You

Ammunition for bows, tripcasters, and slings are the most crafted items in the game, so much that you find yourself doing it on the fly and in the heat of battle. Luckily, Aloy can craft ammo from the weapon selection wheel in-game, pulled up by holding L1. Not only will time slow down, but it gives the player a chance to fast-craft while staying focused on the fight.

The main basic components to ammunition are ridge-wood, metal shards, and wire. Ridge-wood is found anywhere you go, though it's most easily found in larger batches along waterfronts. As for shards and wire, the most reliable way of obtaining these resources are through hunting packs of beasts.

If you're looking to grab a ton of wire and shards in a hurry, go after packs of Striders, Watchers, Grazers, and other small-time beasts. Set up a perimeter of traps and tripcaster wires, allowing you to herd your prey and kill them all off before any can escape.

This is especially easy against Machines with an explosive canister on their back, such as the Grazer. One shot with a fire arrow will ignite their backs and deal a crippling amount of damage to anything in the explosion radius. 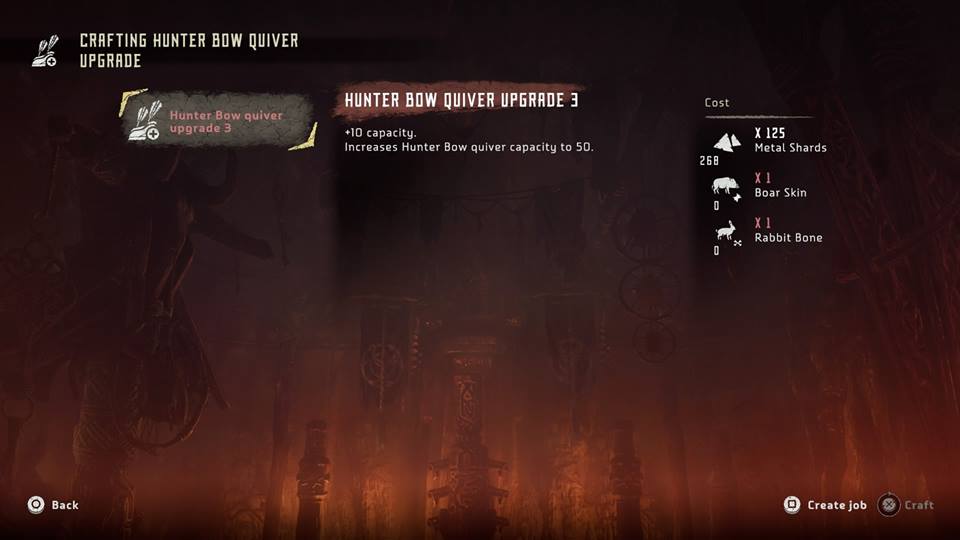 You'll find that Aloy doesn't have much carrying capacity at the start of the game. To solve this problem, the crafting menu allows to increase your bag sizes, up to four levels per bag. There's a bag for every potential item, ranging from a bag for more outfits and weapons to a resource and modifications bag.

These bags typically require a combination of shards and meat or bones from flesh-and-blood animals, such as boar, rabbit, fox, or turkey.

The more rare drops, such as skins and bones, are rare and random drops off the animals, so get used to murdering every boar and rabbit you come across. These resources don't drop often. 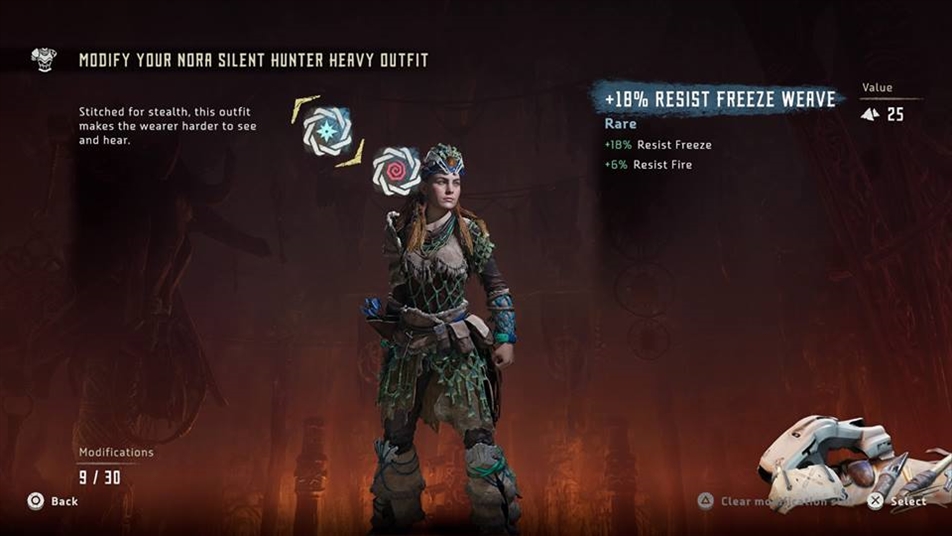 Modifying Your Weapons And Outfits

All weapons and outfits have a slot for a modification item. Once slotted, a modification can only be removed by applying another mod, destroying the previous item. Modifications also have rarities, with the purple mods being the most powerful in the game.

Modifications are sold by traders, found in supply crates around the game world, and they come off larger prey as rewards. Beasts like the Shell-Walker are great sources of modifications, for example.

Mods can be applied to outfits not currently in use as well, meaning that specific outfits play into various situations.

Mods, in general, give flat line statistic boost to each individual weapon and outfit. You'll want to take care to equip a weapon with mods that actually modify damage said weapon possesses. You'll gain no added effects from putting a +20% frost damage mod on a bow that doesn't already deal frost damage, for example. 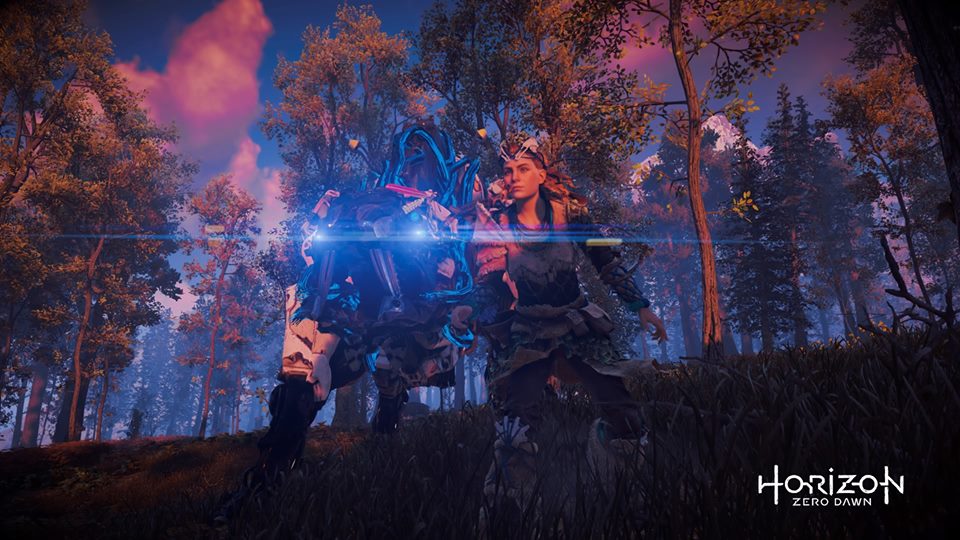 When All Else Fails - Buy Supplies

The world of Horizon: Zero Dawn is cruel, and the world doesn't always provide exactly what you need to get by. In those instances, travel to a town in order to find a merchant and bolster your supplies. Selling parts and resources back to merchants is the most reliable way to get metal shards.

Likewise, be sure to hold onto Machine-specific parts, such as hearts, lenses, and containers. For the higher rarity weapons and outfits, a trader will require a massive amount of shards and pieces of the harder-to-take-down Machines. Always keep an eye on what you're selling, because you might just need it for that awesome, new bow.

Horizon: Zero Dawn is out now for PlayStation 4.

The Complete List of Machine Creatures in Horizon: Zero Dawn