Your Pathfinder will have a host of new challenges awaiting them in Mass Effect: Andromeda, and not all of them can be solved with good looks and a charming (or intimidating) personality. When diplomacy fails, your Pathfinder will have to call upon their unique abilities to get their team home in one piece. This Mass Effect: Andromeda Skills Guide will help you navigate the wealth of skills, upgrades, powers, and profiles used to give your Pathfinder an edge in any situation.

Skills are separated into three trees representing three different classifications of abilities: Biotics, Tech, and Combat. Pathfinders have access to every skill in every tree, and additional skill can be unlocked by investing more points in a certain tree.

Abilities can be either active, which grant you a power to use in combat, or passive, which provide buffs to things like weapon damage, power duration, and shields. Skills are unlocked with skill points awarded when you level up, and skill points are spent to upgrade your squad as well. Your squadmates level up the same way your Pathfinder does, but they have significantly less options for active and passive abilities. In fact, each squadmate only has three active and two passive abilities in total. 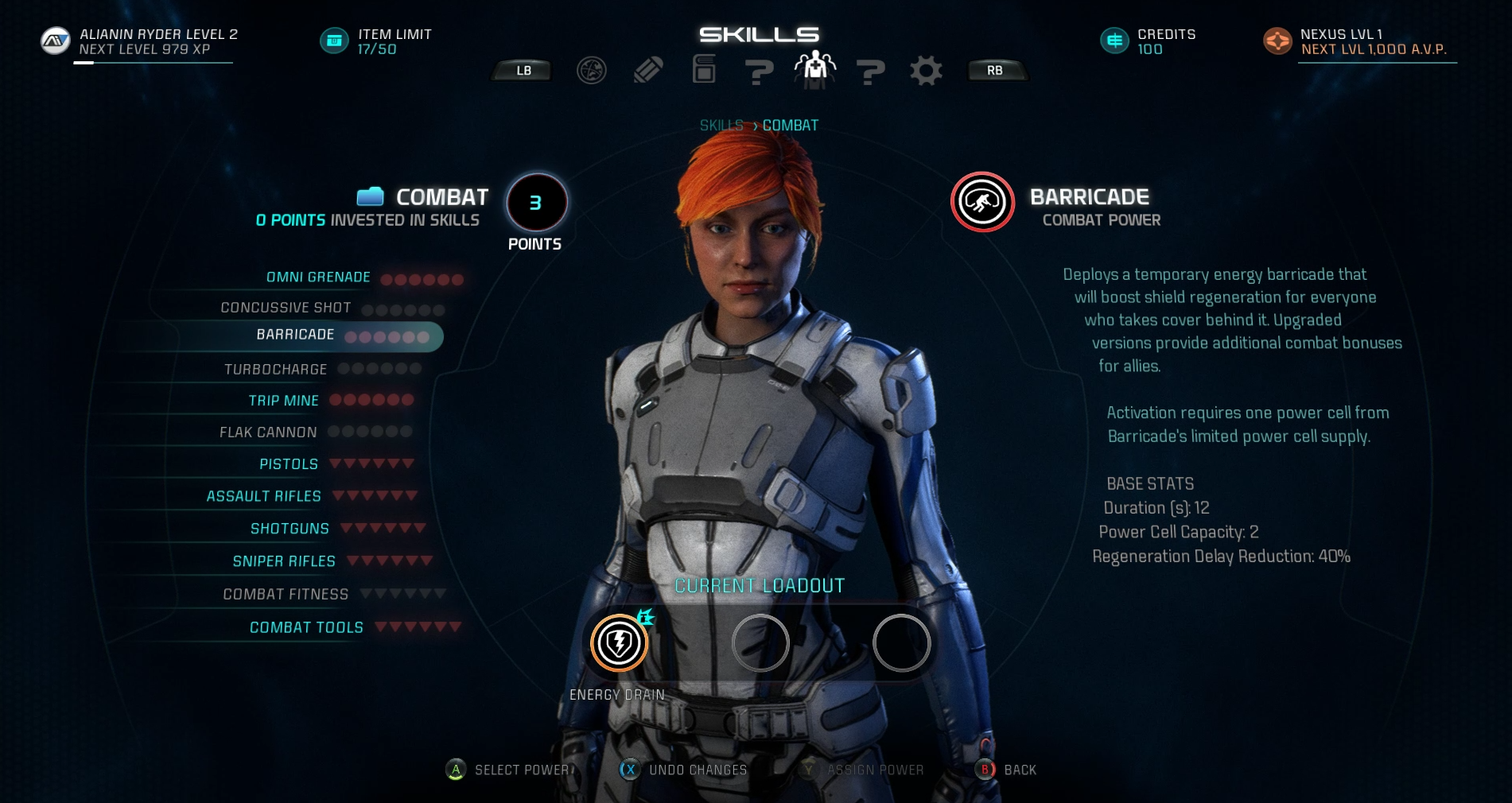 The Combat tree contains skills that favor guns, armor, and ammo as well as passive abilities that buff damage resistance, shielding, and health for every point invested in the combat tree. The skills in the Combat tree include:

Quick Tip: Some Combat skills require the power cell consumable to activate. Capacity and supplies are limited, so be on the lookout for supply caches and upgrades that will allow you to carry more. 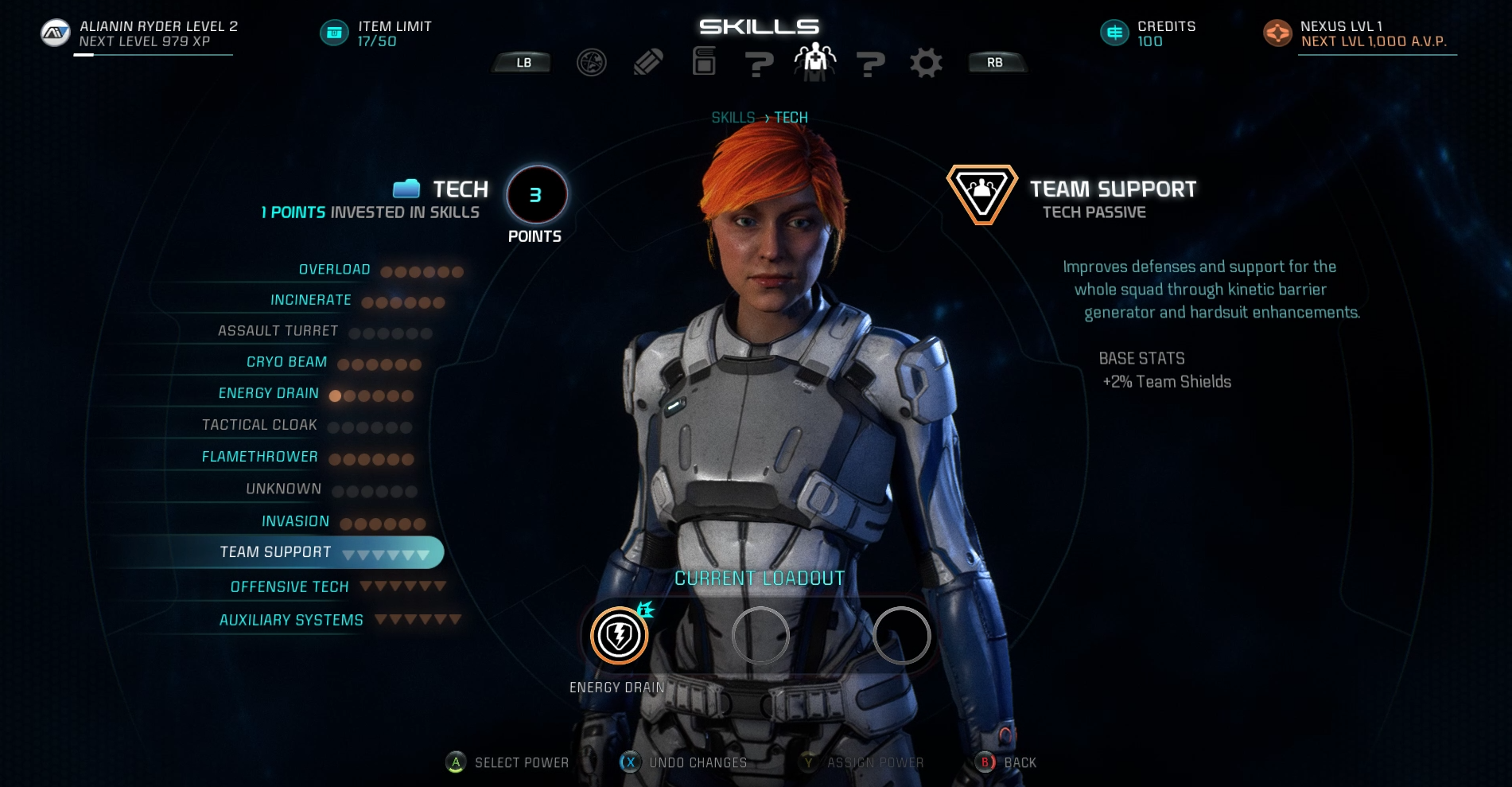 Tech skills focus on debuffing your opponent to set them up for devastating combos. Skills in this tree also allow you to buff the tech abilities of you and your squad. 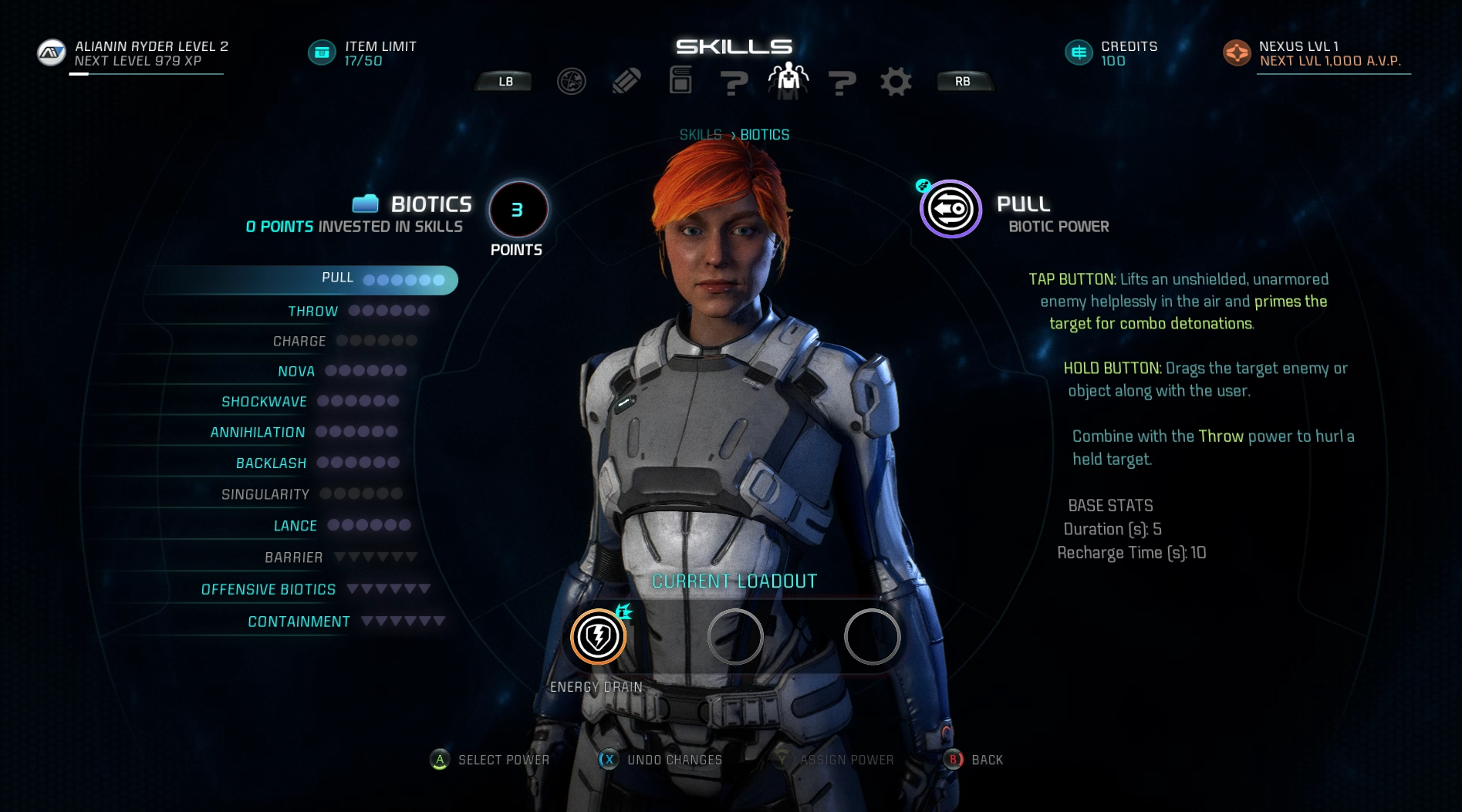 Biotic skills rely on the manipulation of mass via organically generated mass effect fields. These abilities focus mainly on incapacitating your enemy, making it easier to burn them down. They are also great at providing your Pathfinder with temporary shields and barriers that absorb more damage with every point invested in Biotics. 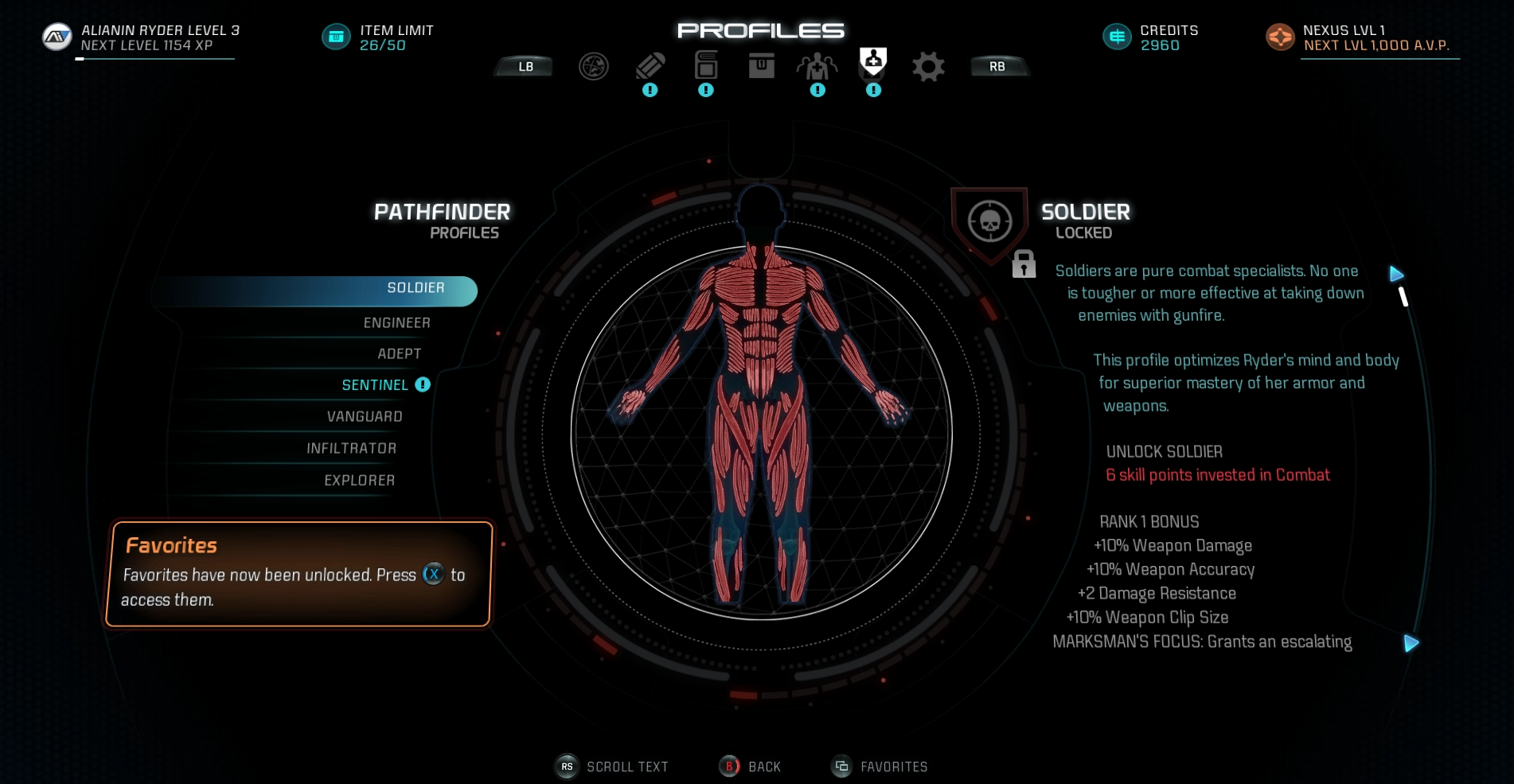 As your Pathfinder’s abilities grow and evolve, they will gain access to profiles. Profiles are specialized combat styles that grant you specific bonuses and can even unlock special passive abilities at higher ranks.

While your Pathfinder has unlimited access to every power in the Tech, Biotic, and Combat trees, not every profile will be immediately available. Instead, you unlock profiles based on how many points you’ve invested in one, two, or all three of the skill trees.

Allocating a certain number of skill points in the Combat tree unlocks the Soldier profile. Points in Tech will unlock the Sentinel profile, and points in Biotics unlock the Adept profile. If your combat style favors hybridization, don’t worry, there are profiles for you too. You will also gain higher ranks (and by extension more powerful buffs and passive abilities) in your profiles the more points in invest in their component skills.

Favorites allow your Pathfinder to switch tactics on the fly as combat situations change. Your Pathfinder will have four slots, customizable with one profile and up to three active abilities that can be changed at will.

Quick Tip: The best Pathfinders prepare for every situation. Equip your favorites with abilities to tackle shielded or armored enemies, take advantage of environmental hazards, or work in conjunction with squadmates’ priming or detonating abilities.