It wouldn't be too much of an exaggeration to call Destiny 2 one of the most anticipated sequels in this generation. Destiny took the shooter genre by storm in 2014 despite middle-of-the-road reviews, and it has persisted through the years as a dominate force in the industry. It's a game full of great moments, from getting your first Gjallarhorn to sending Aksis back to the swirling nether with a bunch of your friends. In between these moments lie a bevy of concerns that any proposed sequel would do right to address. Below are a handful of the notables.

The view from The Tower was beautiful. The mystery of The Traveler was captivating. But there was a severe lack of plot and storytelling in the launch version of the Destiny. Why you were being swept from planet to planet blasting different groups of foes was only sometimes apparent. There was so much lore and so much narrative lying dormant in Grimoires that you'd only make contact with inside a phone app or the website. Additionally, there were so many flavorful characters with bland development and empty intentions. Sigh. So many missed opportunities.

When The Taken King essentially jump-started Destiny, it did so with a heavy focus on telling a better, more linear narrative. The human resistance against the intergalactic malevolence, known as The Darkness, had a poorly told tale before Oryx was introduced and gave the journey a twisted and evil destination. The heavy self-seriousness of Destiny was given a much needed dose of humor when Cayde-6 - played by Castle's Nathan Fillion - became the plucky comic relief who is now one of the faces of the game's marketing. A little character goes a long way.

Maybe more egregious than the banal story, the actual missions in Destiny were overly repetitive. Many of them amounted to sci-fi Sisyphean tasks, with boulders to push like "shoot these guys" or "shoot these guys in front of this rally point" or "shoot this specific guy." Much of the variation happened in the raids, where each big gun fight was a puzzle of sorts.

A concept expanded on in later patches and DLC, the raids stressed teamwork and preparation to a level never realized in the other missions. That has to change in Destiny 2. Story missions should be more than just searching for a space maguffin and waiting for waves of monsters to try to stop you. Patrol missions should be more interesting than "go here and shoot everyone you see." Destiny has some of the best shooting mechanics in video games. I understand the want to show them off at every turn, but there is always the possibility of too much of a good thing.

The extensive amount of ships to find, buy, and collect is pretty staggering for an item that has nothing but cosmetic implications. It's weird to see a game that involves so much space travel also involve so little ship interaction. It would be great to see ships gain a new sort of functionality besides being another color filter. Maybe space races, like the SRL did for sparrows. Or *gasp* space combat? A boy can dream. 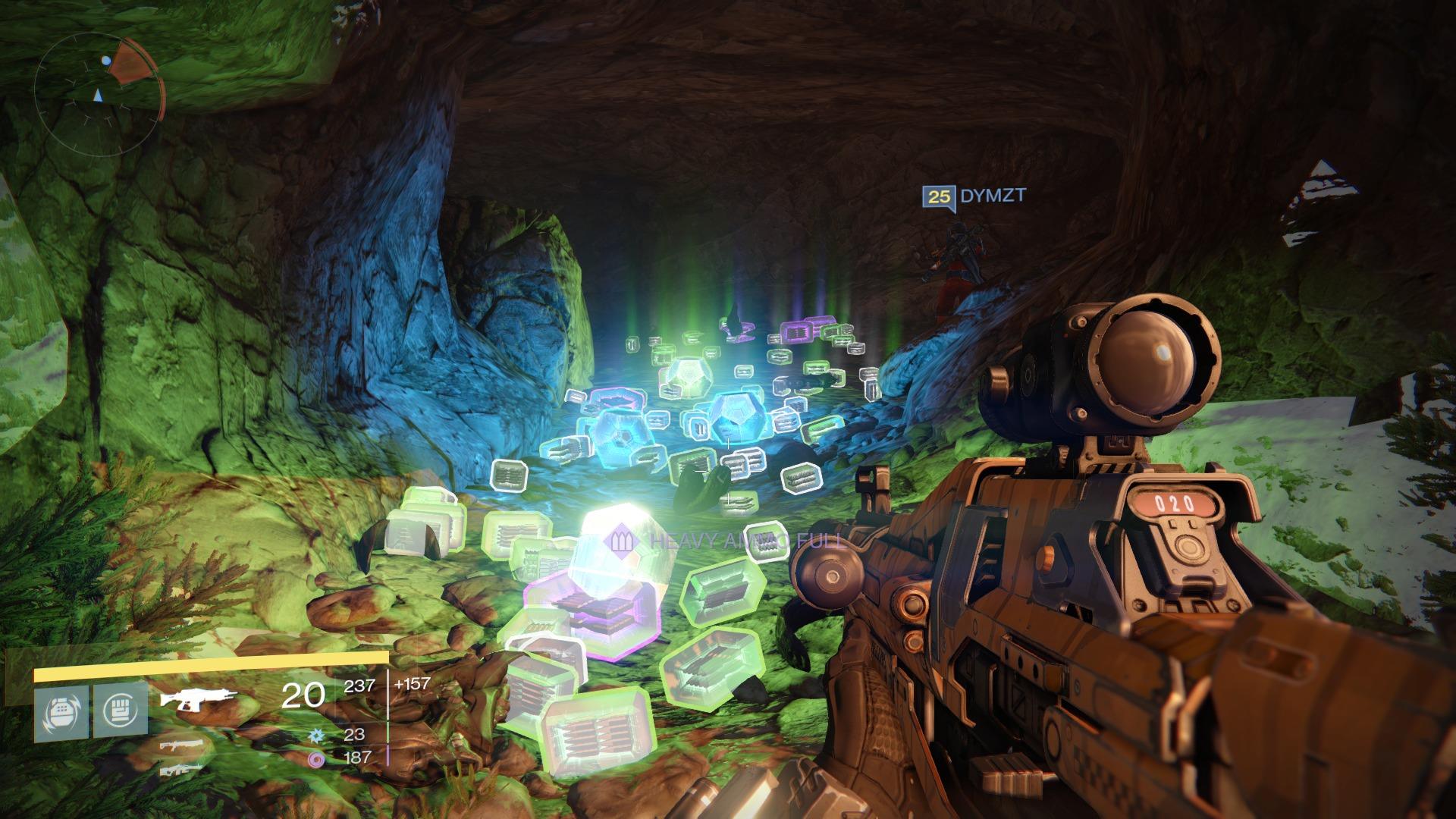 We knew there was something wrong with Destiny when it was perfectly acceptable to spend countless hours shooting into dark caves to collect loot engrams from fallen enemies in literal monster closets. The way loot dropped and the kind of loot you acquired changed with the big Loot 2.0 patch, but the awkwardness of the grind would follow it through all of the game's DLC.

Any game with MMO sensibilities often amasses an unwieldy amount of currencies to sift through, but few are more confuddling then Destiny's. The infamous Etheric Light comes to mind - the currency introduced in the House of Wolves expansion that would be made obsolete by the next expansion. But the overall experience of gathering reputation and killing monsters for loot needs another pass to make it less of a struggle and more rewarding for the trouble. The meta journey to the next Light level cap shouldn't be so plodding.

If Destiny 2 is anything like the first game, it's going to lean heavily on follow-up content. The hitch that the original Destiny always seemed to get caught in was the infrequency of said follow-ups. Destiny players would lapse often after DLC would release, as they would blaze through the content insatiably, practically starving since the last drop of things to do. Dedicated PVPers would circle back in regular for Trials of Osiris and the Iron Banner content, but - without those events to grind in - players were often left with nothing to do for far too long.

There would be little glimmers here and there. Sometimes special Nightfall strike missions would be featured or little holiday-themed gimmicks would surface, but the actual tasks at hand would still revolve around the gameplay you already were accustomed to. Instead of shooting guys in the head for nothing, you can shoot them in the head for Valentine's Day-themed color palettes!

Even if it means releasing raids or other expansions in smaller pieces in order to be more frequent, there has to be more reasons to come back to the game more often. They need to take forms that are different than re-skinned versions of things you've done countless times - or at least change up the rewards for doing these tasks every once in awhile. Destiny is a big picture sort of experience, and it has to act more like one from now on.

Destiny 2 is a big opportunity to fully realize the vision of Bungie's space opera. By taking lessons from the past couple of years and applying them boldly, it could soar out of the gates strong and really blow the competition away.

Live the Pirate's Life and Save the Galaxy in Flinthook, Out Today