My fellow Jasons and advocates of murder, what is best in life? If you answered with a quote from a well-known movie, I appreciate your effort, but no! The best thing in life is making mama proud, and she wants nothing more than for you to kill those damn counselors as quickly and as brutally as possible in Friday the 13th: The Game.

The counselors have plenty of advantages over us; they are faster, they are more numerous, and they are (potentially) great at communicating with one another. We, dear Jasons, must exist as a standalone, tour de force of destruction — and while we have plenty of tools to assist in this endeavor, it will not be an easy task.

To make sure no counselor leaves alive, follow these five tips to step up your Jason gameplay

1. Keep The Counselors In Check

Your main mission is to kill the counselors, so it should follow that it’s vitally important to gather as much information on them as you can. Jason has several abilities that will help you do so, but be aware that it’s quite easy for the counselors to run circles around you if you don’t use them properly. Early on, your movement will be limited. However, you’ll have an advantage over the counselors in being able to see a detailed version of the map. Use this opportunity to set traps and gather your own resources like Throwing Knives to prepare for the coming carnage. You should take note of obvious objectives like cars or the fuse box, and even Morph to these locations in order to see if the counselors are trying to rush these points on the map.

As the round progresses, you’ll gain access to Shifting, Stalking, and potentially even Rage, all of which should make your hunting more efficient. Use the counselors’ weaknesses against them. Some are less stealthy and will be easy to detect with noise tracking information, while others will give themselves away when they fail repair checks on objectives. As you gain your abilities, you should start to focus on specific cabins and high-traffic areas to start confirming kills or, at the very least, to start forcing the counselors to use up their items while trying to escape from you.

It's important that you don’t just focus on any one particular thing. Just because the counselors managed to get a battery and gas in the 4-door car does NOT stop them from simultaneously calling the cops or preparing the boat. You should be using your abilities to make it seem like Jason is in as many places at once as possible. Teams that are highly communicative will be tracking you and informing each other of your location, so make it hard for them by not staying on one objective or focusing on one particular counselor for too long.

If you do happen to find a counselor in a cabin, destroy some of the windows so that their escape could potentially cost them health, and eliminate a door or two so that you can enter and force their hand. However, don’t stay there and chase them while the other counselors work on objectives. This is a surefire way to fall victim to multiple counselor escapes.

These are the big ticket items. The counselors can run all over the map, but unless they’re going for a long-term time out strategy, they’ll have to make their way to the static objectives and thus, put themselves in harm's way. As such, you will be rewarded for tracking objectives diligently. Know how much progress has been made on vehicles by checking in on the actual objective itself. You should also listen for sound cues, since counselors may mess up their repair checks while installing batteries or the fuse. You may even be able to overhear them on their Walkie-Talkies trying to coordinate an escape. Use your traps to slow down their progress, and provide yourself with first-alert systems to make a quick reaction Morph.

Don’t despair if they successfully complete an objective; that’s just their first step. To some degree, you won’t be able to stop counselors from completing objectives…and even if they do, they still have to escape. Slowing them down along the way grants you more chances to kill off members of the counselor team and will inevitably force them to make more and more risky moves in their efforts to escape.

Tracking down your prey is one thing, but confirming kills is a whole different ball of wax. Some Jasons have been adopting the strategy of slashing counselors to death, which basically entails using your melee weapon over and over to whittle down counselors’ health. While an effective strategy, it doesn’t prevent counselors from using movement, teamwork, or health sprays to undo your damage. Jason is often at a speed disadvantage — although as counselors get to critical health levels, they do enter a slower speed state, so there is merit in slashing.

However, the easiest way to confirm a kill is to Shift-Grab, using the Shift ability that you’ll gain relatively early in the round. The best Jasons will learn how to identify a counselor that has left themselves exposed, shifting to a point where the counselor is about to head or cannot deviate from going, and then as they come out of the Shift, instantly execute a grab on the counselor. Unless the victim is exceedingly good at dodging, has a Pocket Knife, or has support to break up the grab, this should lead to an automatic kill. Most of your kills will likely come from grabs, but the Shift-Grab is one of the best ways to stop a counselor dead in their tracks (quite literally).

The current selection of maps provides slight to major differences in objectives, which will likely impact the counselors' strategies. As such, Jasons should make adjustments as well. If the map only has one car to worry about, you might consider expending most of your traps near the engine and gas tank, while continuing to trap the fuse box classically. Knowing which maps have which objectives will make your early game decisions stronger and give the counselors less leeway to run rampant on you.

You should also be familiar with how to operate the version of Jason you have chosen. If yours has weaknesses in water, maybe you’ll prioritize your traps around the boat when it spawns as an objective. Knowing the timing and order your abilities become available can also help inform decisions regarding where to be on the map. Counselors will never behave exactly the same way from game to game, so you won’t be able to truly predict too much — but knowing what potentially could happen will go a long way toward complete counselor team kills. 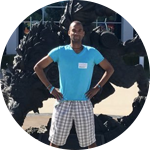 Stephen is a content creator for Diablo Fans and a Hardcore Crusader for life. You can likely catch him streaming high Leaderboard/Conquest rank attempts unless he's out taking photographs or discovering new music.

A Way Out, Anthem, and The Darwin Project Wikis Hit Gamepedia

5 Tips for Escaping Jason in Friday the 13th: The Game