World of Warcraft has established a rich history over the past 13 years, and along the way, Blizzard has also developed and made significant changes to almost every class in the game. That isn't always an easy task, especially because players become very attached to their characters over time, and change is never easy. The warrior class has definitely experienced its fair share of tweaks. While they haven't undergone a complete class overhaul in the same way as warlocks or hunters, warriors have had no shortage of changes come their way. Let's look at how warriors have evolved since Vanilla.

During the early years of WoW, most warriors you saw at level 60 were likely protection warriors, well-versed in saving their allies from the destructive capabilities of enemies. Due to their ability to use a sword and shield, they were also much more effective tanks than some other classes, as warriors were equipped with more defense, more armor, and a chance to block incoming melee attacks. They were also versatile due to the nature of their stances — which are battle, berserker, and defensive. While not tanking, they could drop out of defensive stance into battle stance and provide some, albeit not much, DPS assistance.

However, it was not all sunshine and rainbows for protection warriors, as they did have some major drawbacks during this time. For one, they lacked the ability to gain aggro on more than one or two targets at a time, and any fights that were high on magic damage were a struggle. Although we've seen no shortage of warrior tanks throughout the rest of WoW’s life, their role has certainly changed since these early days.

As mentioned above, warriors have been consistently good tanks throughout the history of WoW, but what about their two DPS specs, Arms and Fury? While it's true that these specs existed in Vanilla, they weren’t really seen very often. Part of the problem with Fury is that it required two pretty good one-handed weapons, and those were hard to come by in those days. While Arms didn’t have the restriction of gear, it just wasn’t strong enough for PVE — although it really prevailed in PVP. This all changed during Burning Crusade, around the release of the Black Temple. While warriors didn’t necessarily receive a large amount of buffs in the Black Temple 2.1.0 patch, one thing it did offer up was a third large raid and greater availability of one-handers, especially the Warglaives of Azzinoth.

With proper play and good gear from end raiding, warriors became a formidable DPS class, and their flexibility continued to be a great asset to most raids. Several encounters throughout BC required some sort of additional tanking, and DPS warriors had the ability to “stance dance” into defensive stance, throwing on a “sword and board” for encounters such as Akama in Black Temple.

Do You Even Lift, Bro? The Advent of Titan’s Grip

As the fight against the Burning Legion of Outland in The Burning Crusade began to wind down, players were faced with an even greater foe — the Lich King and his Scourge. Our foray into Northrend during Wrath of the Lich King also brought about the first major change to the warrior class. The change granted Fury the ability to dual-wield two two-handed weapons, with a talent known as Titan’s Grip. This dramatically altered the landscape of gear and loot for DPS warriors (specifically Fury, as Arms remained largely unchanged). With Death Knights arriving on the scene, the space for one-handed weapons became incredibly overcrowded. This allowed warriors to have less gear competition for their two-handed weapons, and the change also continued to push DPS warriors higher on the charts, keeping them in the mix as a competitive melee DPS.

Titan’s Grip wasn't without its drawbacks, though. Initially, it came with a natural hit penalty, which made it even more important to pay attention to stats on gear since Fury warriors needed more hit than any other dual-wielding melee class. Luckily, this hit penalty was eventually removed, resulting in a minor buff to Fury DPS. Since Fury became so strong towards the end of WotLK, the last patch of the expansion prior to Cataclysm resulted in a flat 10% nerf to Titan’s Grip. All in all, this was a great change for warriors and didn’t hurt their versatility or their chance to be a competitive DPS.

After the addition of Titan’s Grip in Wrath of the Lich King, warriors didn’t really change much for the next few expansions. From the launch of Cataclysm through our journey to Pandaria and back to Draenor, there were no great alterations. However, there were some minor quality-of-life changes to things such as stances, where cooldowns were decreased and there was no longer an ability restriction from stance to stance. One failed experiment during Warlords of Draenor was the gladiator stance, which allowed Protection warriors to be pure DPS. While they often topped charts and were insanely powerful in all forms of content, Blizzard eventually removed this just ahead of the launch of Legion.

Titan’s Grip remained, although its name was removed and it was merged into another passive ability. Still, the option to use two two-handed weapons was still there - but warriors shifted back to the use of two one-handed weapons thanks to the increased damage benefit that it offered. Similarly, while Protection warriors saw few changes during this time, they were given some great help along the way. They were now a great tank for large mobs of enemies because of changes to Thunderclap and the addition of Shockwave. They were also given ways to mitigate magic damage better, while still reigning supreme for mitigating physical damage. Warriors remained a top tier DPS and tank class throughout the expansions that followed Wrath of the Lich King.

Titan's Grip was re-added in Patch 7.0.3 as a passive, and it now also increases maximum health.

Aha! The Burning Legion has returned to Azeroth, this time with the intention of destroying it once and for all. The biggest change that came to warriors in the Legion expansion was the loss of their iconic stances. Gone are the battle, berserker, and defensive stances in their old form, but they live on as potential talents for one of the three specs. Along with the loss of stances, warriors lost one of their biggest advantages they enjoyed throughout their previous iterations: they are no longer a versatile DPS class that can tank in a pinch when necessary. Their 3 specializations — still Arms, Fury, and Protection — have been completely separated and reborn into purer forms of DPS or Tank.

Warriors have taken an interesting path through Legion so far, and it's certainly had its fair share of bumps in the road. At launch, warriors nearly required a leveling buddy unless you leveled as Protection, as Fury had next to no self-healing and Arms lacked the large health pool of Fury, making pulling very tedious. Protection warriors started off insanely strong in Legion, but have since seen several nerfs that have brought them more in line with other tanks. As for Arms, it was extremely dependent on procs, as some encounters saw Arms at the top of charts, while other times they were middle of the pack. Fury was incredibly weak at launch, but has since ascended to an elite DPS spec, thanks in part to its insane multi-target kit and single-target burst DPS.

Want us to take a look at another class and its evolution through World of Warcraft history? Let us know which we should do next in the comments! 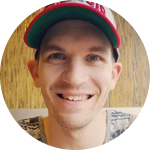 Jacob is a mid-western based writer that loves raiding and tackling content in WoW. If he's not slaying pixels with his pixels, you'll likely find him enjoying a movie, music, or dabbling in video creation.