Pyre is the latest from Supergiant Games — the studio behind Bastion and Transistor — and it’s a strange combination of action-sports and strategy-RPG that’s altogether unlike anything you’ve played before. It can be tough to get to grips with how to survive the Rites when you're starting out, and so we’ve prepared seven essential tips to help you make it through the Downside. 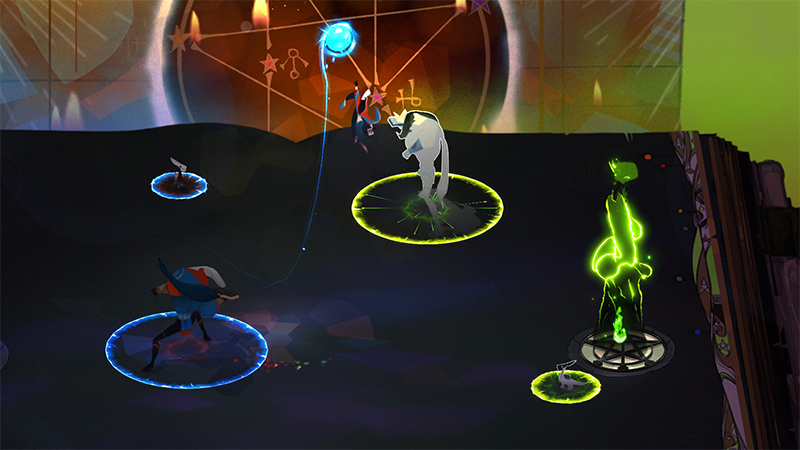 You can only control one character at a time in the Rites, so it’s easy to slip into only using a single player to get past the enemy. That might work for the early battles, but you’ll want to break this habit as soon as you can. Pay close attention to where all bodies are on the field, and be ready to quickly pass the orb around or swap characters as needed. You want the enemy to overextend their offense to leave their own pyre unguarded, while making sure you don’t fall into the same trap yourself. The only way to do that is by carefully managing the positions of every single person on your team. 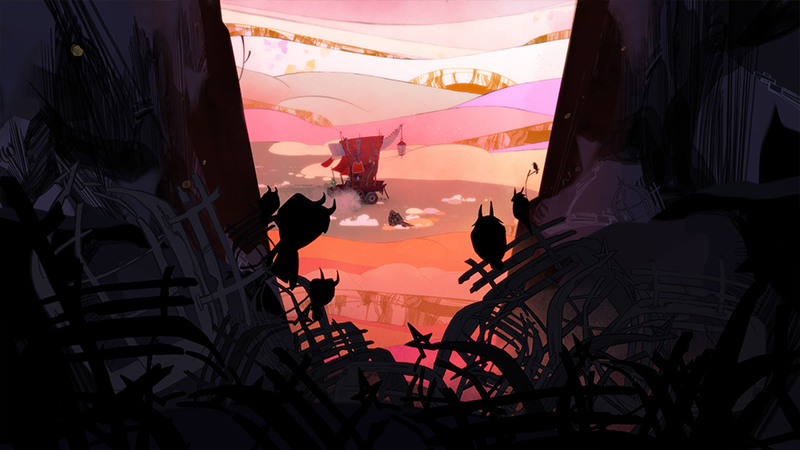 Every member of your caravan shares the same ultimate goal: to escape the purgatory of the Downside. But once they’re out, they’re gone for good — both from the story and the in-game action. You’ll be forced to choose between your highest-level characters, so evenly distributing experience is essential. You don’t want to invest all your time in a single character only to be forced to lose them. 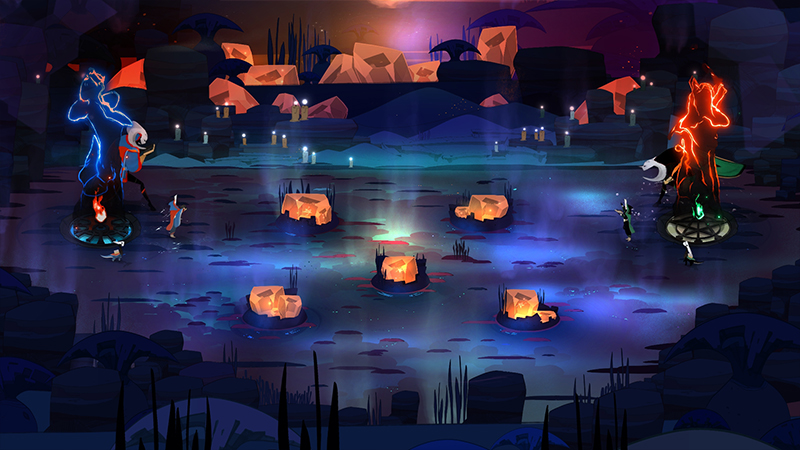 Once you’ve got the ball, it can be tempting to rush face-first into the enemy pyre. After all, it’s satisfying to jump in for a goal, it’s easier than lining up a throw, and it does bonus damage. But those benefits come at a cost, as the scoring player will be banished for the duration of the next round, leaving you to fight a 2v3 battle. Hang back, and try to squeeze through the enemy's defenses by tossing the ball — unless it’s time to finish them off, in which case you can feel free to douse the pyre in style. 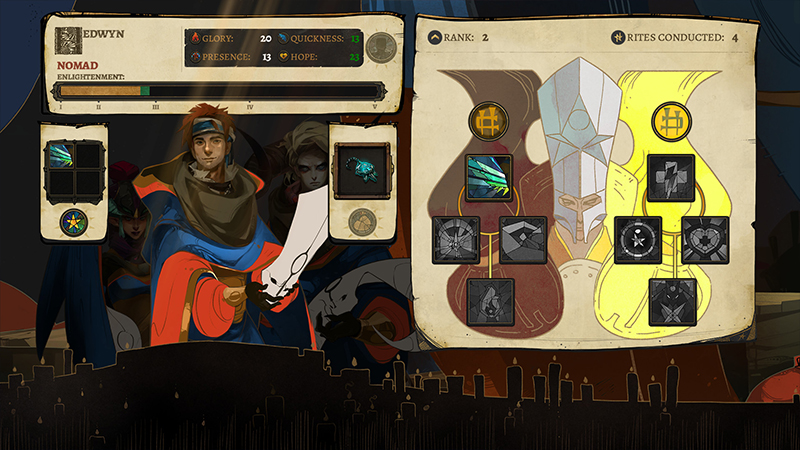 Each character can learn up to four skills, and each of the two skill trees available to them offer up four options. The math is pretty simple — if you want the most powerful option on the tree, you need to stick to that path all the way down. Attempting to be a jack-of-all-trades will end up limiting the abilities you have access to. 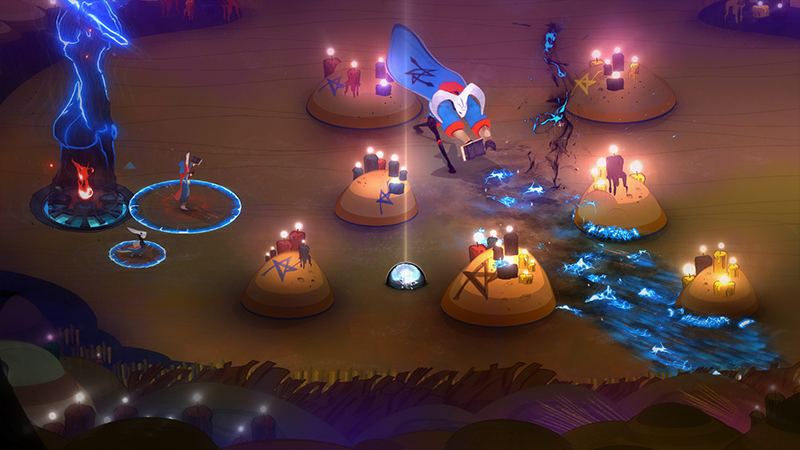 This one, of course, only applies to the PC crowd. It's easy to be fooled by the cursor, which drives everything outside the Rites, but keyboard-and-mouse mainstays might want to think twice when diving into Pyre. The action of the Rites is perfectly suited to gamepad controls, and guiding your players around the field is significantly easier with an analog stick. The mouse-based movement isn’t impossible to get a handle on, but if you’ve got a controller handy you’re going to face a much gentler learning curve. 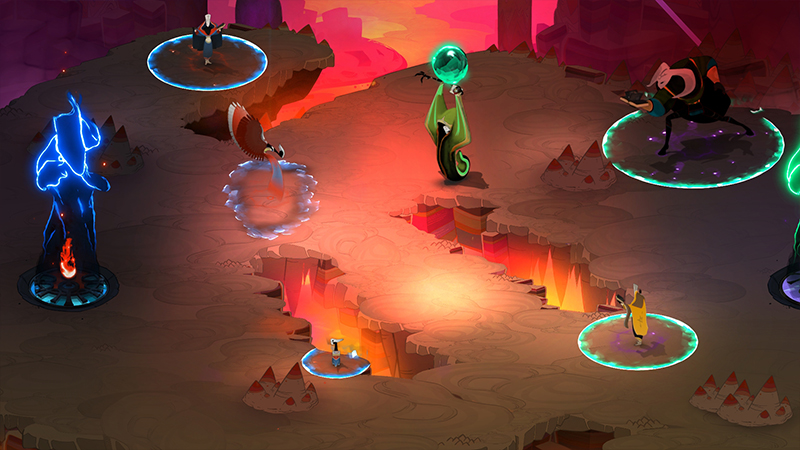 Pyre’s entire quest is designed such that whether you win or lose, the story keeps moving and reflects the battle’s outcome. But if you want to keep a perfect record, you certainly can. Pausing mid-match lets you restart the Rite at any time, giving you as many chances as you need to succeed. Things might be more satisfying if you let the cards fall as they may, but if you can’t take losing for an answer, and the enemy's closing in on the winning goal, you’re still covered. 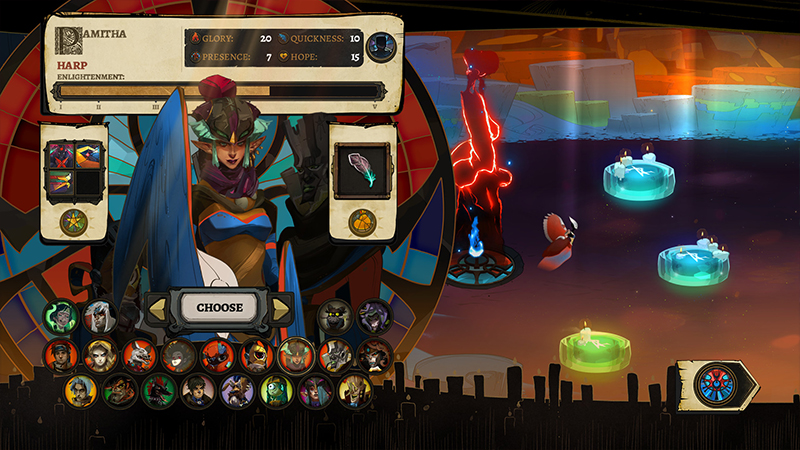 Check Out the Opposition

The pre-Rite selection screen lets you double-check your party’s stats before sending them into battle — but don’t forget you can check out the enemy as well, thanks to an easily-missed icon in the bottom right. That way you can make sure you’re not, say, sending a plodding trio of bruisers against a bunch of fast enemies that can run circles around them.

That’ll be enough to get you started in Pyre, and combined with some time in the Downside, you'll no doubt be a master of the Rites before you know it. For even more guidance on your quest for absolution, be sure to check out the Gamepedia Pyre Wiki.

Lead Humanity on the Final Frontier in Aven Colony