For a long time, it looked like developer Motiga’s Gigantic would never be released into the wild. But against all odds, and with the help of Perfect World Entertainment, the free-to-play third-person MOBA is finally available. That’s a cause for celebration. Why? Because Gigantic is a MOBA truly unlike any other hero-battler out there.

Though it shares similarities with other MOBA-style games on the surface — a large cast of colorful characters, ultimate abilities, and control points — it sets itself apart with a gorgeous animated style and its ferocious, living objectives, just two of the many elements that make the game so unique. Here’s what makes Gigantic unlike any other MOBA on the market. 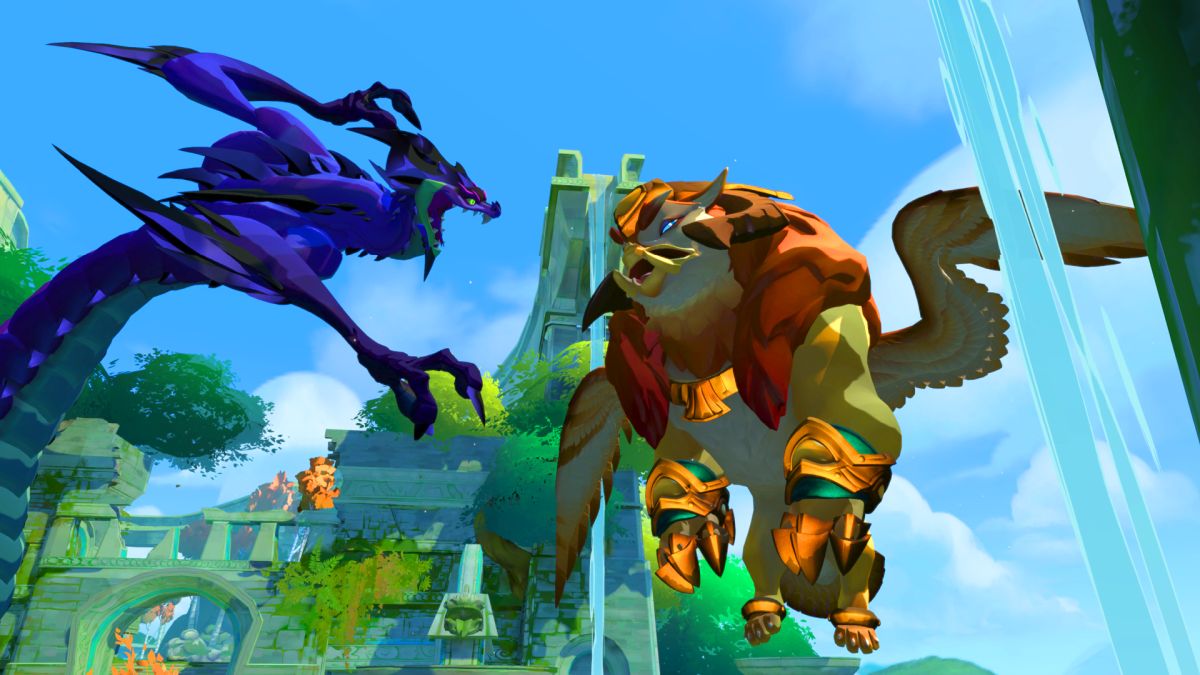 When most people hear "MOBA," images of League of Legends and DOTA 2 are likely to come to mind, complete with minions, items, lane, towers, and bases. But when it comes to Gigantic, it's wise to forget everything you think you know about the genre, as it handles objectives very differently. True to its name, matches in Gigantic revolve around “gigantic” living bases called guardians.

To win, a team must inflict three wounds on the enemy guardian. These guardians (the noble Griffin or the serpentine Naga, depending on which team you’re on) can only be wounded once in a vulnerable state. To do that, players must gather energy for their team by killing enemy players, killing enemy summons, or collecting orbs from unclaimed summon points. Guardians are an active part of the battle. They’ll attack any enemy player that approaches too close, and once a team has collected enough energy, they'll rampage across the battlefield to pin the enemy guardian down, emitting powerful energy blasts along the way. 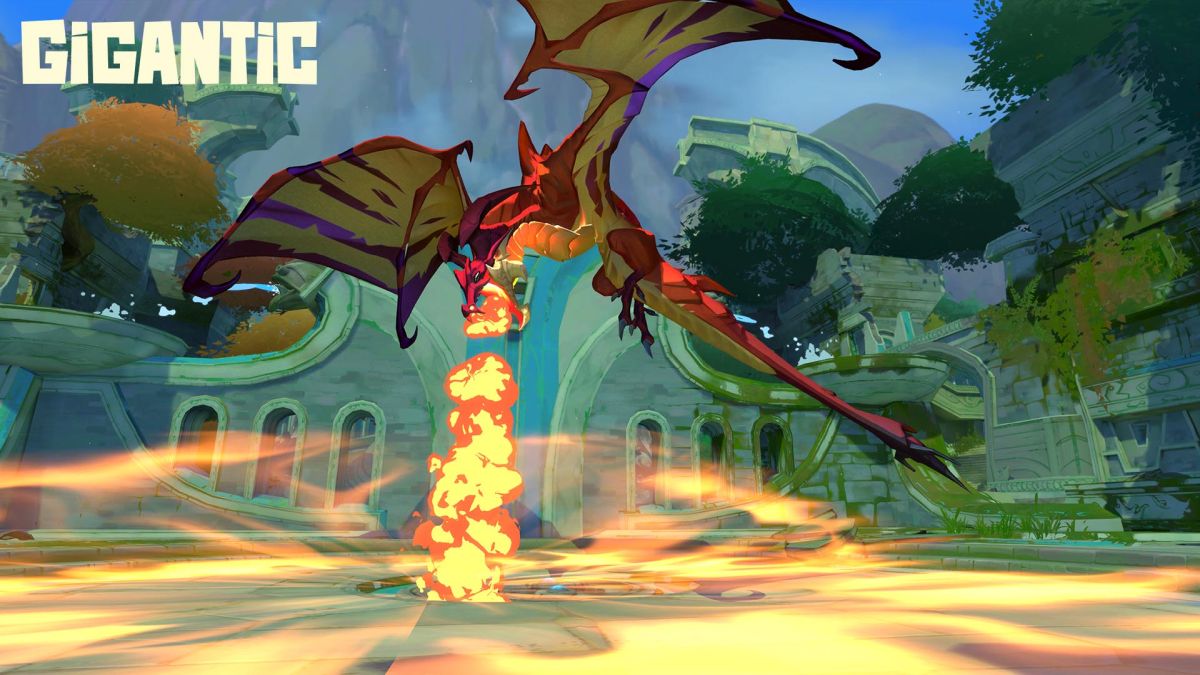 Most MOBA-style games see players battling for control over various neutral monster camps to gain an advantage in battle. Gigantic puts its own spin on this concept, as players get to choose which creatures to summon, with each monster sporting its own strengths and weaknesses. The tree-like Bloomer heals nearby teammates, while the fearsome Cerberus Majoris reveals nearby enemies. Teams are constantly battling over these creature spawning points, as friendly monsters automatically gather game-winning energy from the points they are spawned on. 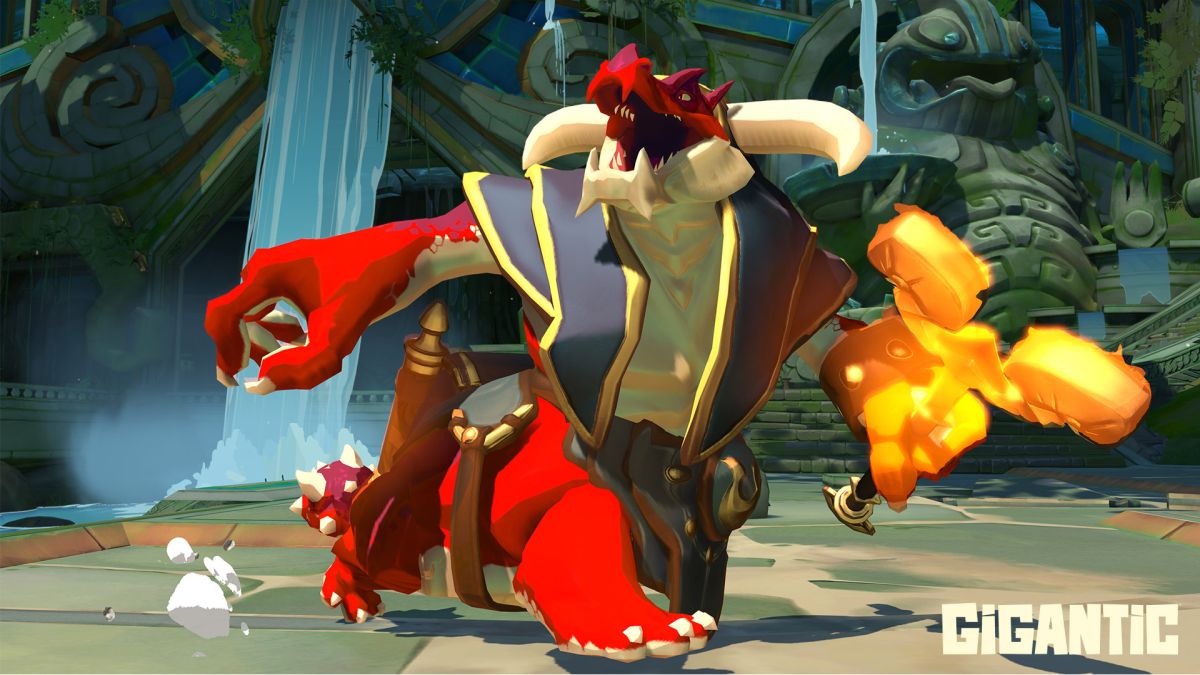 It's impossible to miss the fact that Gigantic is a very beautiful game. From the game’s colossal guardians to its roster of 19 playable heroes, every aspect of Motiga’s MOBA is overflowing with a hand-drawn animated style that looks like it was ripped straight out of The Legend of Zelda: The Wind Waker — and that’s definitely a good thing. In this genre, it's not often that players will want to take a step back from the action every once in a while to simply appreciate the gorgeous scenery, but that’s exactly the feeling Gigantic’s superb style invokes. Just don’t gawk for too long, or you’ll find yourself respawning back at base. 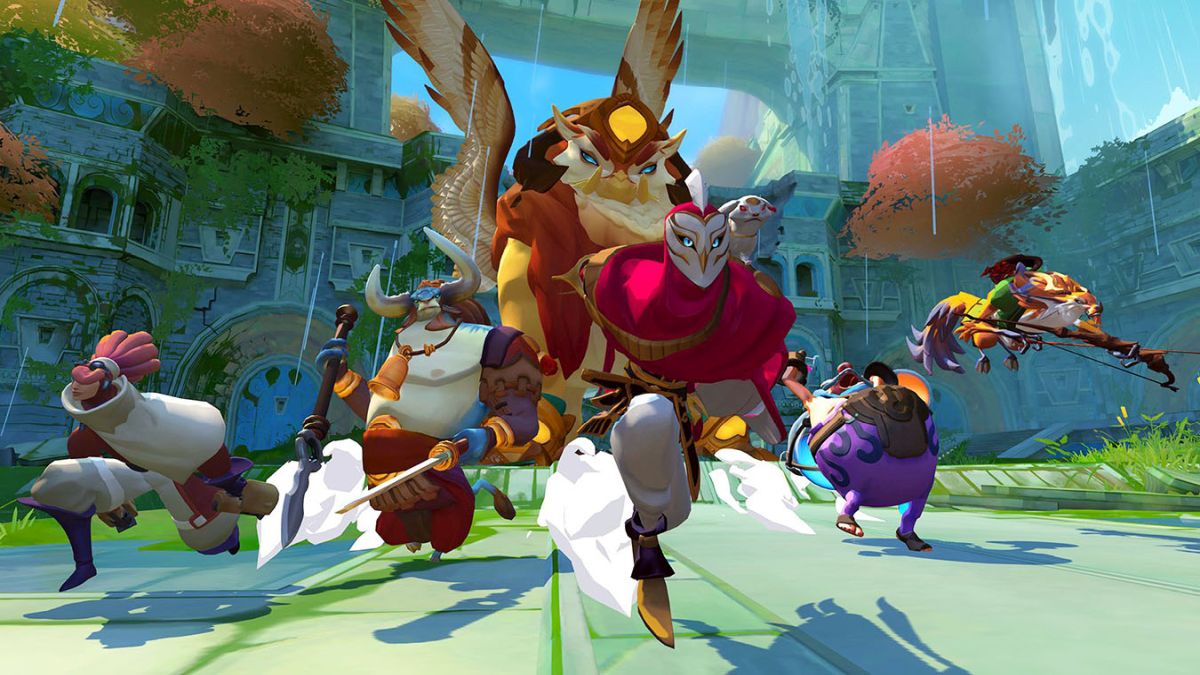 Characters in Gigantic definitely have roles — there are spellcasters, tanks, and assassins, to name a few. That being said, the way that players upgrade each character, and which upgrade paths they choose, grants more flexibility than some other MOBAs on the market. Leveling up in Gigantic means selecting an ability upgrade, and each ability (excluding each character’s passive ability gained at level five) can be upgraded twice. These upgrades can have a massive impact, and make big changes to certain skills. Deciding when to upgrade a certain ability, and when it's best not to, is all up to the player. 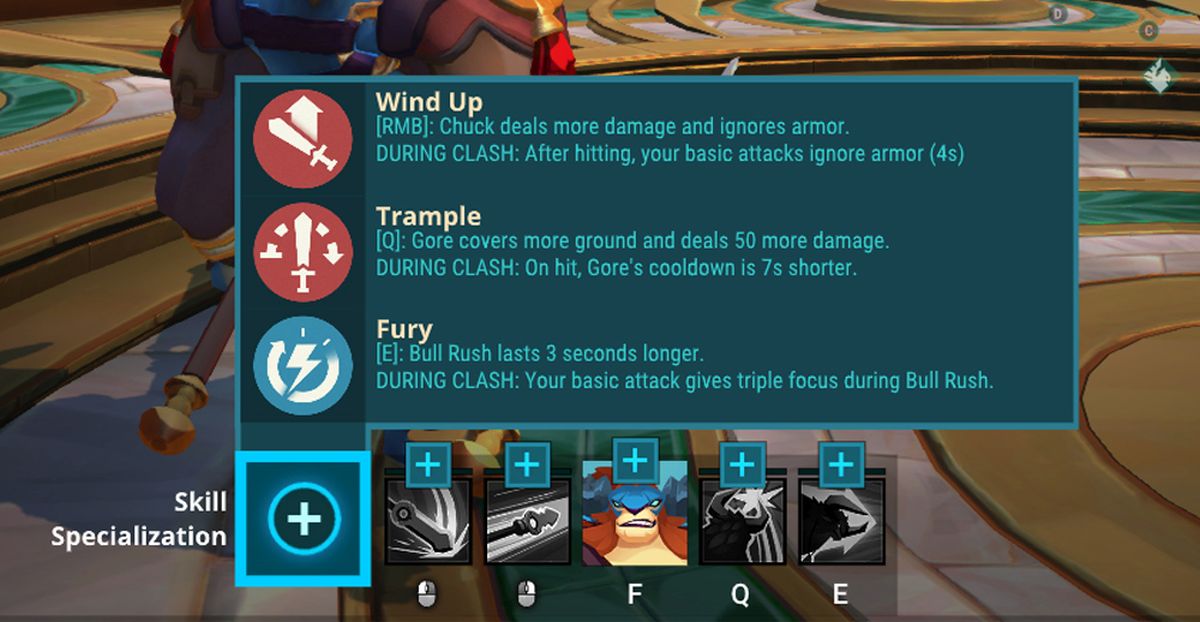 Spending focus strategically is a key element of success in Gigantic, and it’s a mechanic that doesn’t really have a parallel in other popular MOBAs. Dying, healing allies, dealing damage, and taking damage all build your focus meter, and characters can store up to three charges of focus.

Focus can be used to do two essential things; upgrading summons and using ultimate abilities. Ultimate abilities will consume however many focus charges you have when they're activated, and become more powerful the more focus is used. A level three ultimate ability can turn the tide of battle in an instant. However, upgrading summons is equally important. Level two summons have more health, more special benefits, and are more dangerous in a fight. Deciding when and where to spend your focus can be the difference between victory and defeat. 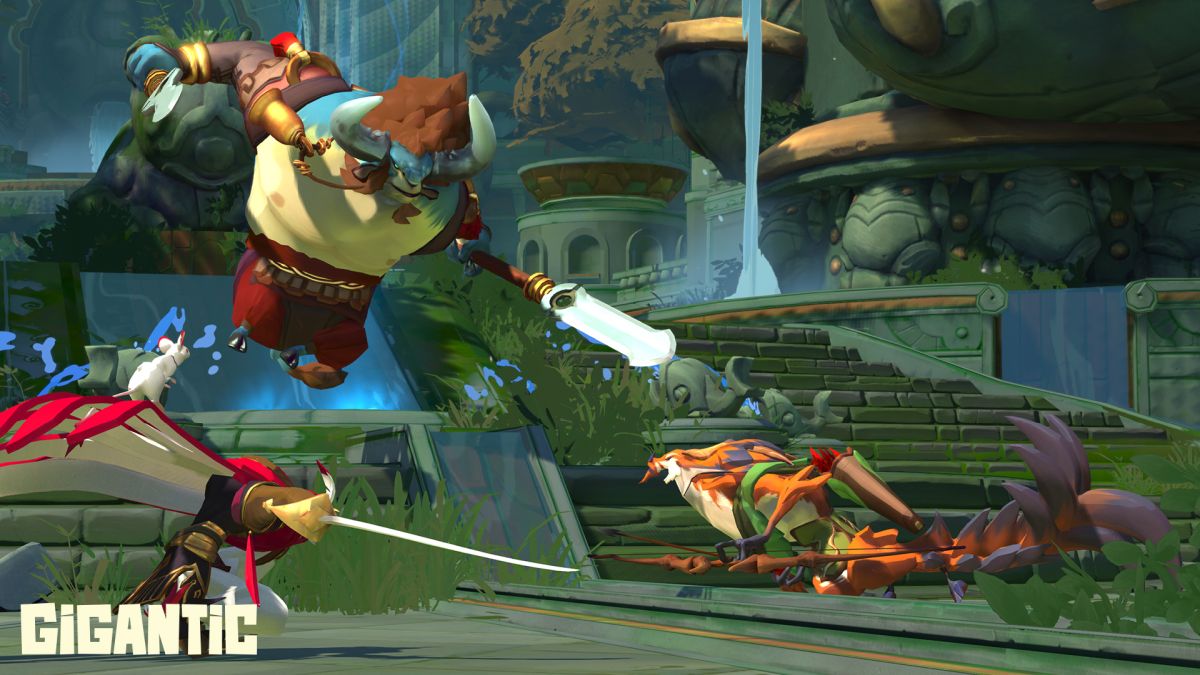 Think of Clash as the climactic finish, a sort of quasi-”overtime” where Gigantic is at its most unique — and intense. After one guardian receives two wounds, or after the fifth consecutive rampage, a Clash will begin. The effects of a Clash are different depending on what map is currently being played. Sometimes new pathways and routes around the map will open up. Other times, players and summons will actually be moved to a smaller, arena-like map to finish out the game. Players' passive abilities also gain extra effects during a Clash, adding yet another twist to a match’s final moments.

No matter how you look at it, Gigantic isn't like anything else in the genre. Curious about Gigantic’s cast of colorful heroes? Want to know more about summonable creatures and their abilities? Check out the Gigantic Wiki for more information. Gigantic is available now on the Xbox One, Windows 10 and Steam.

Seven Essential Tips for Surviving the Rites In Pyre