Step 1: Take one part harsh, unforgiving landscape. Step 2: Season to taste with didgeridoo noises. Step 3: Add explosive personalities and literal explosives. And KABOOM! You’ve created Junkertown, the newest map in Overwatch. Here’s everything you need to know about the lore behind the notorious Aussie scrap city.

Oh what a lovely day!

Located in the heart of the Australian outback, Junkertown didn’t start out as junk or a town, rather it was an omnium — a facility built by the Omnica Corporation as a self-sufficient autonomous manufacturing plant for the country’s omnic workforce. 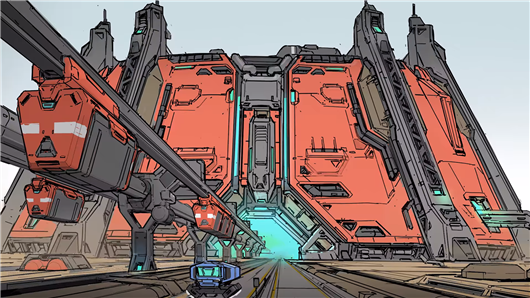 But after the Omnica Corporation's downfall, all the omniums went silent — until the Omnic Crisis saw these abandoned facilities spontaneously start up again, manufacturing new omnics not for labor, but for war.

After a brutal struggle, the Omnic Crisis came to an end, with humans and omnics agreeing to share a tenuous peace.

In a bid to buff out the rusty relations between humans and omnics after the end of the crisis, the Australian government gifted its omnium and the surrounding lands to the omnic survivors of the war. The resulting peace (and all that land) came at the expense of the humans who already lived there — solar farmers, survivalists, and anyone else simply looking for a quiet, if dry, place to be left alone.

Mako Rutledge, better known as Roadhog, was one of those people. He and other displaced Aussies banded together to form the Australian Liberation Front, a militia with the sole purpose of winning back what they felt the omnics had taken from them.

For months, they conducted a shadow war against the omnium — hacking away at the hard-won peace by any means necessary. The end result is about what you would expect: the ALF went too far, and one of their raids resulted in the detonation of the omnium’s core.

The resulting explosion was catastrophic. The omnium was destroyed, flattening much of the surrounding area, and leaving the entirety of the Australian outback as a huge, irradiated wasteland.

Perfect for a new post-apocalyptic society.

New ways of living emerged from the radioactive ashes of the outback. Now, Junkers pick at the metal bones of the few remaining structures, searching for any piece of scrap they might be able to trade for something useful. And where do they go to trade their junk for slightly less junk? Maybe somewhere they can blow off some steam on the side?

Junkertown is the obvious choice. 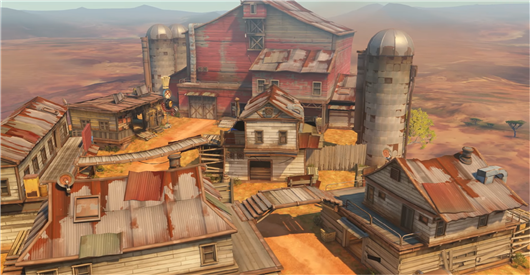 Almost overnight, Junkertown became a thriving community. The Junkers built a (mostly) working city cobbled together from the ruins of the old omnium, complete with homes, stores, workshops, and The Scrapyard.

Like the gladiatorial coliseums of old, The Scrapyard is a huge arena where people, robots, and people in robots compete for fame and riches. From among these glory-seeking gladiators emerged Junkertown’s new leader — The Queen. She started out as a simple warrior, but over time, her skill with a scrap blade and her no-nonsense attitude earned her the title of Junkertown’s supreme ruler. She upholds a few simple laws; abide by them, and all’s well, break them, and face exile. 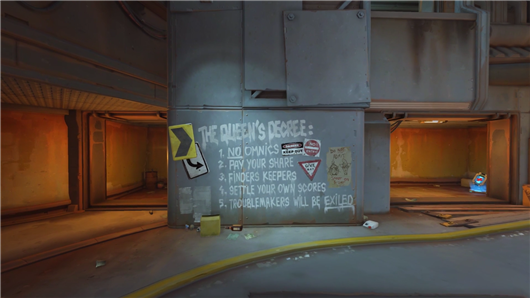 Junkrat and Roadhog ran afoul of these rules, and that ultimately earned them the boot from Junkertown, their erstwhile home. Exile prompted a worldwide crime spree, which made them every bit as infamous as the likes of Doomfist and his Talon operatives.

With a payload of riches secured, the dynamite-ic duo have returned to Junkertown. They want to pay their way back into the Queen’s good graces, and maybe exact a little revenge along the way. Whether or not they get to deliver their explosive apology, depends largely on you — and your ability to stay on the payload.

Welcome to Junkertown. Enjoy your stay.