Alright Guardians, in the week since Destiny 2's PC release, Dominus Ghaul has been defeated, the Traveller is safe, and the Last City has been reclaimed. The Red Legion is all but defeated, its scattered remnants defeated and demoralized by the death of their leader.

So you can rest now right? Go take a vacation on Io or Venus right? Take a trip around the Tower, participate in some Crucible games right?

No. Of course you can’t.

Because Emperor Calus is here. 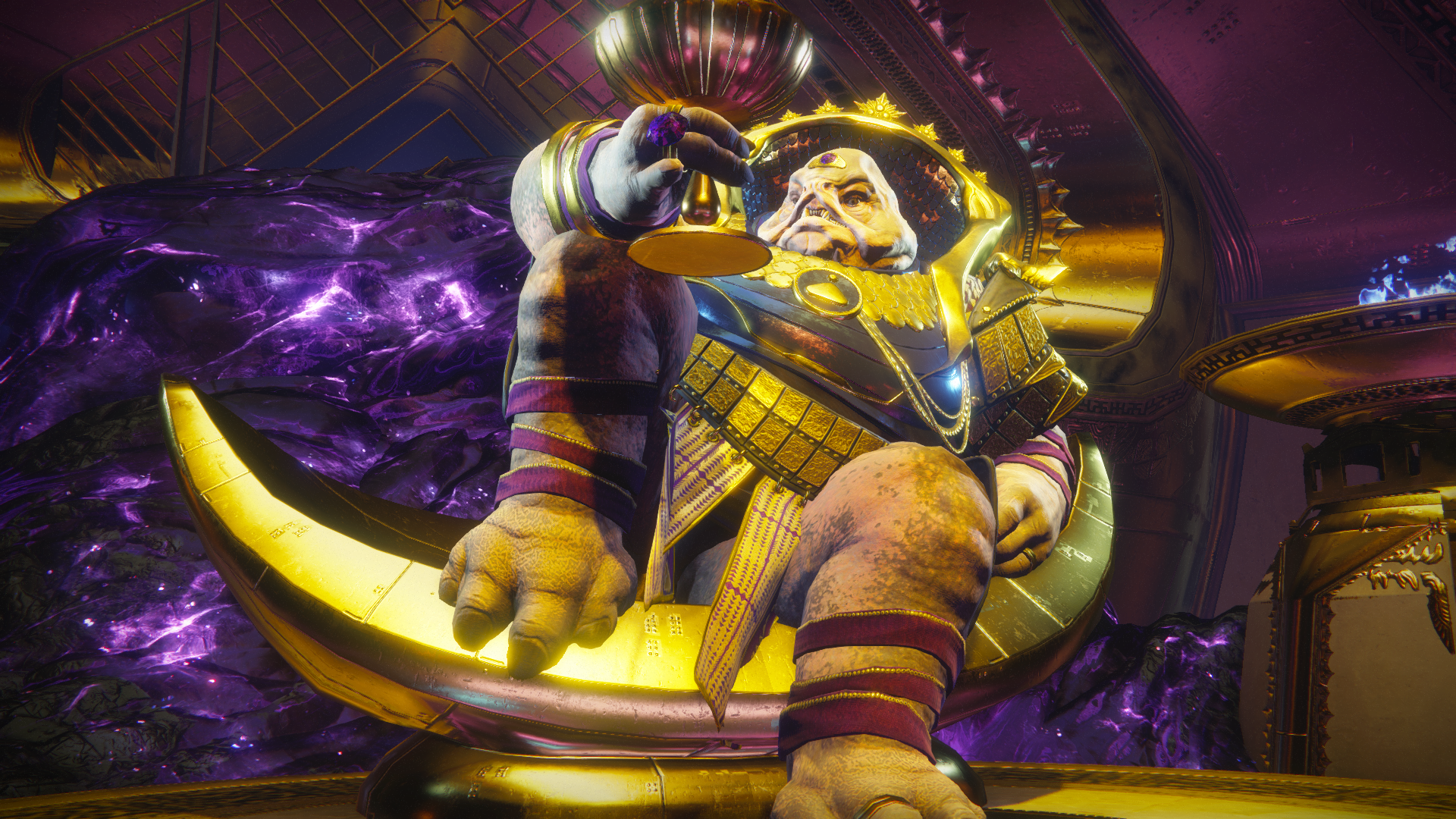 The deposed and exiled former Emperor of the Cabal wishes for the honor of your presence on his floating pleasure yacht /world destroyer the Leviathan. But before you take off on a relaxing vacation that will almost certainly involve some heavy gunfire, let’s take a moment to understand just who these Cabal jerks whose heavily armored hides you’ve been kicking up and down the solar system are.

The Cabal — under all that impressive armor — are a race of hulking, grey-fleshed bruisers. Think rhinos with no horns that walk on two legs with spikes for teeth.

Their society, with their Consuls and Emperors, Senates and Praetores, borrows heavily from humanity’s Ancient Rome. But seeing as the two civilizations have never met, that means either there’s such a thing as Space Latin or somehow an ancient Cabalist got their hands on Lives of the Twelve Caesars and thought it was the best stuff ever. Or Bungie just liked the idea of space Romans.

Regardless of why an alien race has names and titles and structures of government vaguely reminiscent of a human culture that hasn’t existed for millennia, the Cabal are, like the Romans, a warlike faction dedicated to expansion and subjugation. And that worked fine for them until Calus came along.

Calus wasn’t fond of how the government was running things. He thought the senate and their weak and feeble military arm, the Praetorate, were bleeding the people dry, the  authors of their sufferings.

So he did away with them. He purged the senate, redistributed their wealth to the people, and finally, humiliated and exiled the consul, the leader of the now deposed government.

The people loved Calus for it. He distracted them with space bread and space circuses featuring gladiatorial matches that the crowds went wild for. Matches that were won by a curious looking albino by the name of Ghaul. 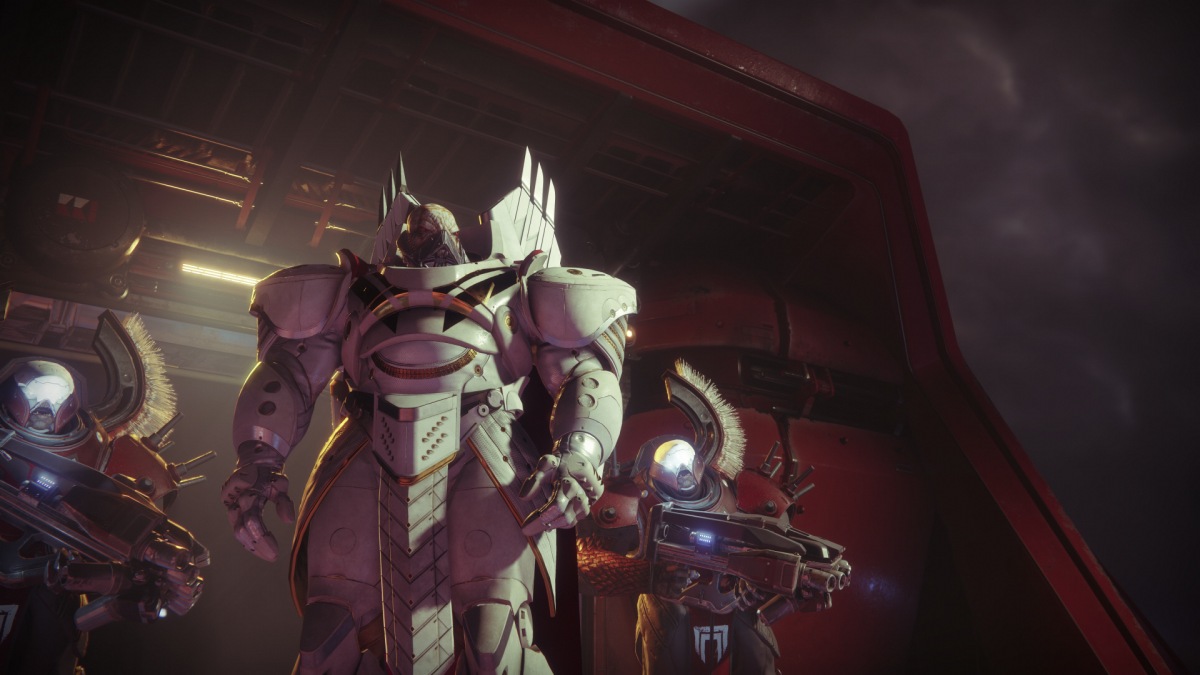 Calus came to favor the undefeated gladiator and even promoted him to Primus of the Red Legion. A mistake he would soon come to regret. For Ghaul wasn’t loyal to the Emperor, his devotion had already been won centuries before by an exiled consul.

That Consul took the outcast and abandoned Ghaul under his wing and raised him as a son, the consul seeing something in Ghaul that would one day enable him to enact his revenge on Calus.

Ghaul and the Consul, working with members of the Emperor’s inner council, finally made their move, striking against the Emperor in the dead of night in what was later called the Midnight Coup. Too beloved by the people to kill, Emperor Calus, along with his supporters, were sealed into the greatship Leviathan and launched into space.

With the Emperor gone, Ghaul became the new supreme ruler of the Cabal, changing his title from Primus, or ‘first’, to Dominus: ‘master’.

The rest of Ghaul’s history you already know, experienced first hand throughout the Destiny 2 campaign.

But what of Calus? What happened to him? When he was sealed into the Leviathan, Ghaul pointed the ship to the edge of space intending for it to go on forever, the ship becoming Calus’s de facto tomb. And for a while it was. Until Calus encountered something that made him go from despondent to determined.

We don’t know what that something was. Perhaps it was the Ahamakara, the wish granting dragonlike creatures that always want a little something worse in return. Or maybe it was the Darkness itself that gave Calus a new lease on life. But whatever it was, it changed the Emperor.

It made him turn the Leviathan into a world devouring engine, converting planets into Royal Wine for him and his loyalists to consume and enhance their psionic abilities. He started to gather power and recruit the broken remnants of the Red Legion to his cause, ostensibly to retake his throne, but possibly for more nefarious deeds.

Deeds that involve you.

As a reward for slaying Ghaul, you’re invited aboard the Leviathan, but what should be a lavish congratulatory dinner party turns into a slugfest.

But first, why don’t you take a break for real this time, perhaps by browsing the Destiny 2 Wiki? You've earned it.