Imagine if a video game were like a hug. Or like your grandmother’s apple pie, biscuits, chicken soup or whatever she made that made you feel safe and loved and happy. Imagine a video game like that.

That’s what Super Mario Odyssey is.

I don’t know what souls were sacrificed to what gods that allows Nintendo to keep making such phenomenal feel-good games, but that monkey’s paw is still working wonders with Super Mario Odyssey. It’s got the innovation to push the franchise forward with just enough nostalgia nods to make grown folks feel like they’re 12 again and playing Super Mario 64 for the first time.

One of those new innovations is the "capture" mechanic. Mario tosses his new cap-panion Cappy onto an enemy or obstacle and takes control of it to gain new abilities. It’s NOT possession, Nintendo was very clear about that.

Buuuut, if you’re assuming control of a sentient creature against their will, no matter what you call it — it’s pretty flipping creepy.

But this is a game for kids, so let's leave ethics aside for now and get into the best captures of the game.

Note: Contains mild spoilers for some secrets and the game’s ending boss fight. If you don't want to spoil a few cool end-game surprises, best to turn back now. Still here? Okay, let's dive in. 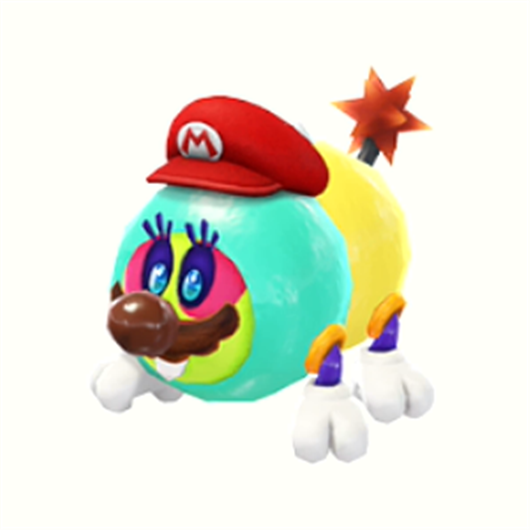 This capture found in the Lost Kingdom is, hands down, the cutest capture in the game. It's just the way Mario waddles about and the cute accordion noise it makes when he stretches his body. It is adorable, never fails to bring a smile to your face when you see it. 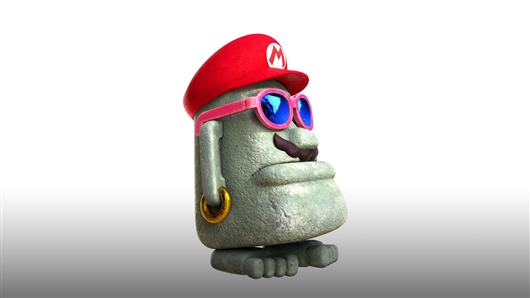 Moe-Eyes are those Easter Island heads found in the Sand Kingdom. They've got a sweet pair of shades that, when activated, allow you to see hidden platforms. 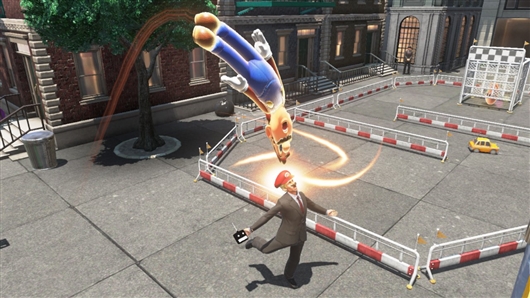 If you can put aside the ethics of Bran Stark-ing a fellow human, capturing a New Donker is pretty cool. You can only capture one in the Metro Kingdom as he's the only one not wearing a hat, and you use him to control a robot car to capture a Power Moon. Just don't ask him to hold the door. 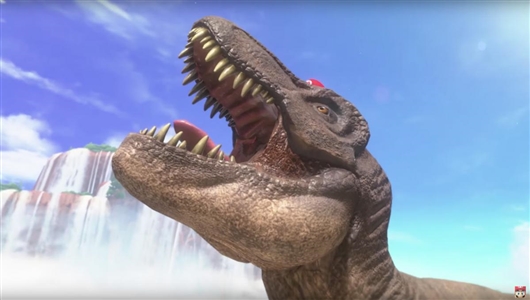 The Switch is on track to beat the total lifetime sales of the Wii-U within a single year of being released. And I'm pretty sure most of those sales came after we all saw Mario could possess a flipping Tyrannosaurus rex! You find this not-so-gentle giant is found in the Cascade Kingdom. 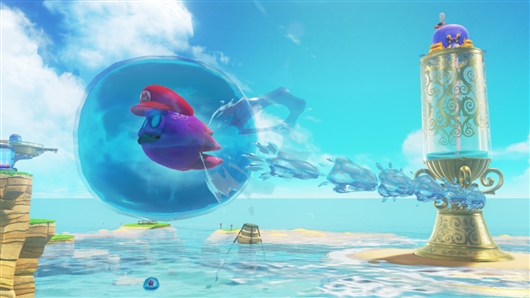 There are tons and tons of nods to the older Mario games. (My absolute favorite is in the Mushroom Kingdom after you beat the game. All the moons look like stars and the Super Mario 64 reward music plays when you find them). Odyssey pays tribute to one of the best in the Gushen capture. A little squid found in the Seaside Kingdom, Gushen moves around with powerful water jets just like old times in Super Mario Sunshine. 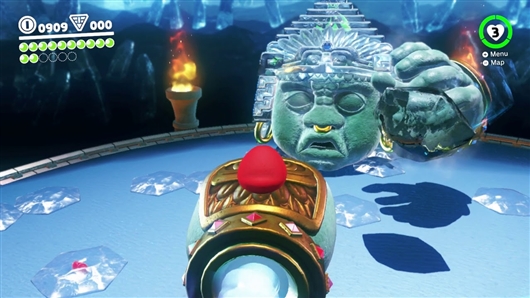 Kuckoltec is the main boss of the Sand Kingdom. You don't capture him but in order to defeat him, you have to capture his fist and punch him in his own face! Gives new meaning to the phrase "stop hitting yourself." 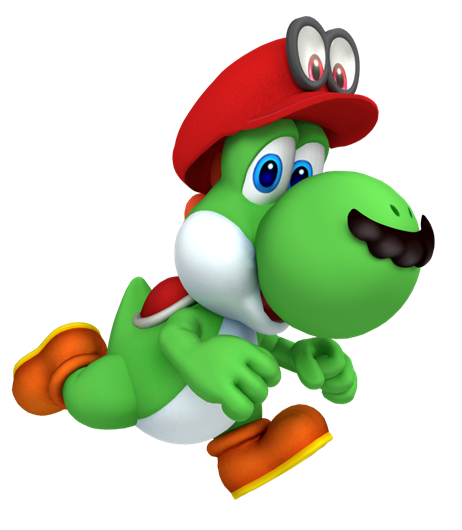 Fans of Yoshi's Island rejoice, you can play as the beloved green dinosaur again. You find him at the same spot you do in Super Mario 64: on the roof of Peach's Castle. Capture him and you can eat, tongue stretch, and flutter jump just like old times. 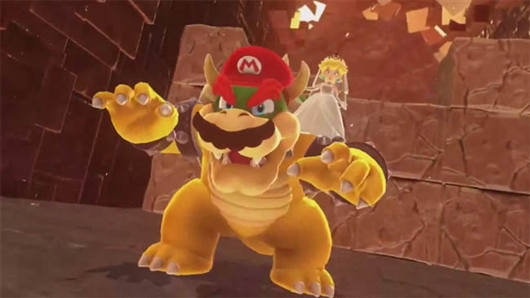 I should have expected this, I really should, but I was completely unprepared for the escape sequence after the final boss fight where you have to capture Bowser to get Princess Peach to safety. Oh. My. Goomba! You get to hurl fireballs and breakdown walls and the 8-bit section of the escape is a Mario connoisseur's dream come true. This is truly one of the best moments in video game history.

There are so many more captures throughout the game. Some good (the frog), some great (the Hammer bro) and some not so great (an actual rock). Let us know which ones were your faves below and make sure to check out our Super Mario Odyssey Wiki to find out more.