If you're an indie developer and your plan is to burst into a genre that has been populated for the better part of 15 years by a single game franchise, it’s safe to say the odds are stacked against you. Such was the case with Blue Mammoth’s Brawlhalla, a bright, colorful platform brawler in the same vein of Nintendo's legendary Super Smash Bros. series. But over the course of three Early Access years, Blue Mammoth's game has managed at long last to step out of the shadow of Super Smash Bros. and flourish all its own. Now that the game has officially left Early Access and launched Steam and PlayStation 4, here's what you need to know about Brawhalla.

Any Smash player will speak the language of Brawlhalla almost immediately. Up to four players battle to knock each other off of a stage as many times as they can. By attacking and outsmarting enemies, you can gain two points per knock out, but will lose one point if dunked off the map yourself. Directional ques determine which of your light and heavy attacks you execute, and the more damage you’ve taken, the further you'll fly when hit. There is no block button, but the dodge mechanic darts you across the screen and makes you invincible for a few frames. 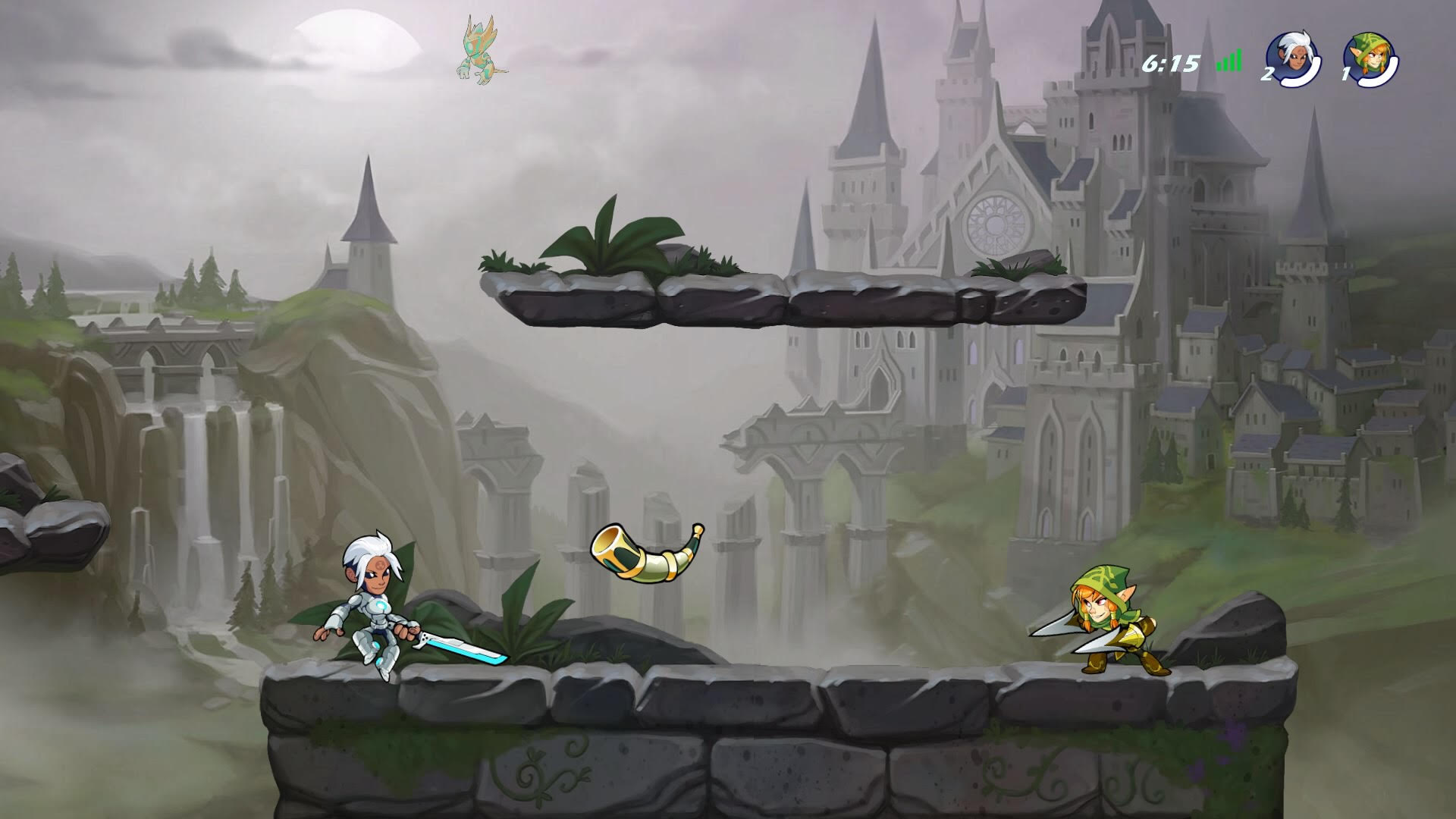 The heavy focus on motion in Brawlhalla is one of its key differences. Everyone is fast. The air time you can get when being slammed or just gliding from platform to platform is insane. Wall jumping feels endless, and getting back to the stage by dashing, jumping and attacking feels possible from any position on the map. It takes far less effort to engage in long, tense battles in gaps between safe spaces — things you so often see in high level pro Smash play.

Another key difference: weapons. Smash has all manner of trinkets and doodads that drop from the sky to use on your enemies, but they are largely ancillary. So much so, that they aren’t even used at the competitive level. In Brawlhalla, weapons are essential, as your character is just a default move set without them. Each so called “Legend” has two possible weapon types, and both expand their offensive capabilities greatly. When a weapon is in hand, each Legend’s heavy attacks become Signature attacks, unique to them and full of mix up and knock out potential.

The journey becomes finding what characters among the 30+ in the roster have the style for you. A rotating selection of quests and free to play Legends incentivises you to check in daily to try out the new spread. You can earn in game gold to unlock any legend permanently in the in-game store called Mallhalla. You can also spend real money on Mammoth Coins, which can buy you goodies like costume pieces, colors, and different styles of weapons. 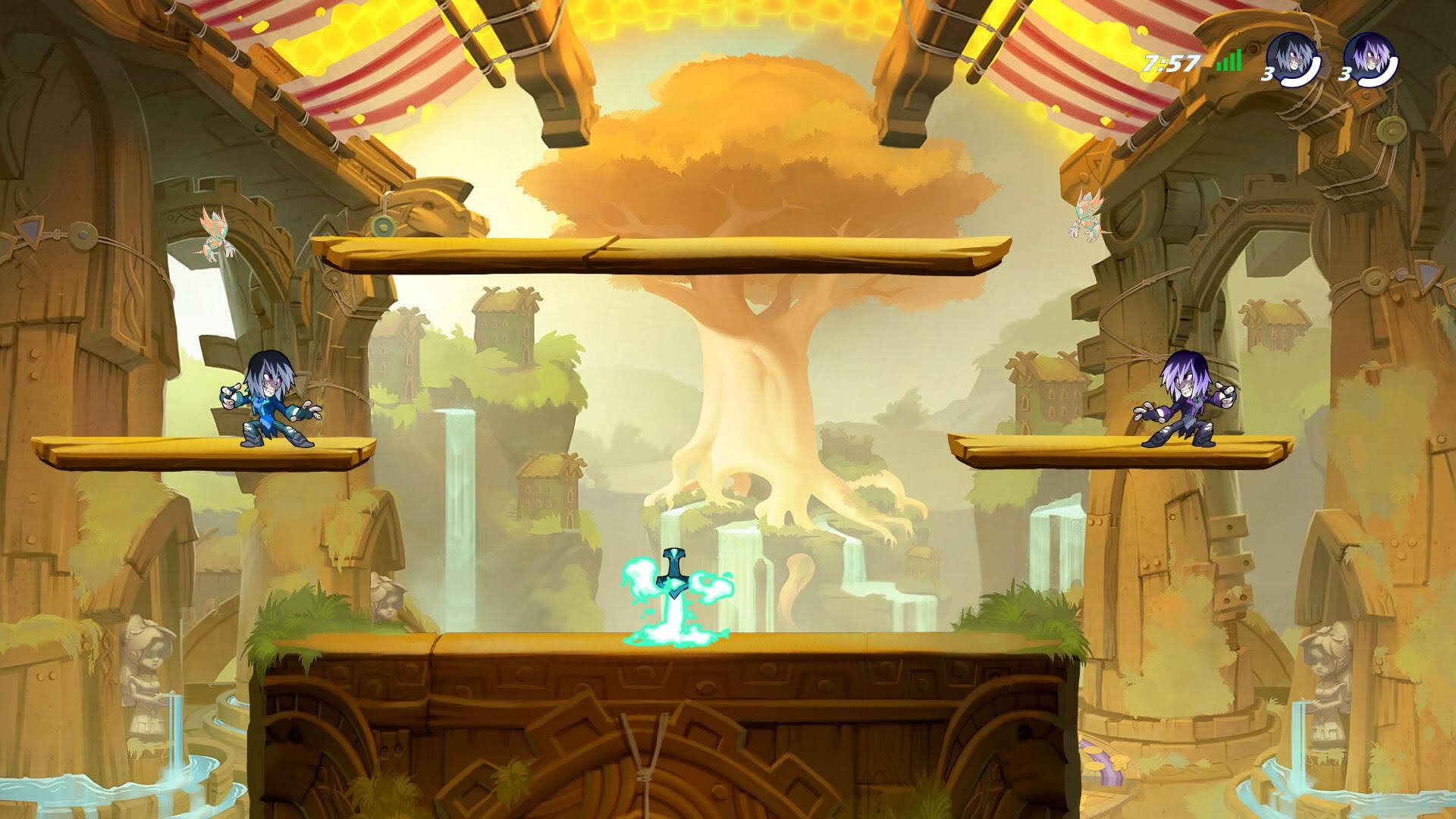 Take your favorite Legends, deck them out and jump on like in a smattering of modes to play in. The four player free for all mode is the recommended casual experience, where players beat each other up over the course of five minutes in order to have the highest score when the bell rings. I'm also a fan of the 1v1 mode, Strikeout. You pick three Legends and have one stock each. When one of your Legends is knocked out, the next one steps in. The strategy now extends past the battle itself into the draft order, and becomes a surprisingly strategic experience.

If you’ve been searching for something to scratch that Smash itch and can’t get your hands on a Nintendo console, or are looking for a fresh take on the tried and true formula, look no further than Brawhalla. And if you’re looking for more information on the game, come to our Brawlhalla Wiki.