Blizzcon 2017 has come and gone with the Overwatch team showing up and showing out with a brand new map, a new animated short, and new game improvements that will make the inaugural season of the Overwatch League something to behold. But perhaps the most exciting announcement to come from the Overwatch presentation is the arrival of the new support hero: Moira. Better yet, Moira is playable right now on all platforms. But who is she?

With a look that screams "what if Zenyatta were fleshy, flashy, and female," Moira is the 26th hero to join the Overwatch roster and the first support hero that isn’t a bleeding heart, goody two-shoes. Here’s what we know.

Born Moira O’Deordain, Moira is a genetic engineer who probably skipped all her ethics courses. She’s a scientist on a mission to "unlock the true potential of humanity," a goal she got tantalizingly close to achieving with her work on creating a method to fundamentally alter DNA.

Her genetic manipulations are reflected in her combat style, making her a powerful ally no one wants to piss off. Moira uses her Biotic grasp that can either heal her allies or wither her opponents. Her Fade ability, much like Sombra's Themoptic Camo, allows her to stealth right before her enemies' eyes and reappear later out of danger or in a strategic position to do some damage. Her Biotic Orb is a bouncing ball of boon or doom which can either restore allies or wreck enemies depending on Moira's mood. And to finish the fight, Moira uses Coalescence, a gigantic beam of power that melts defenses and strengthens attackers. 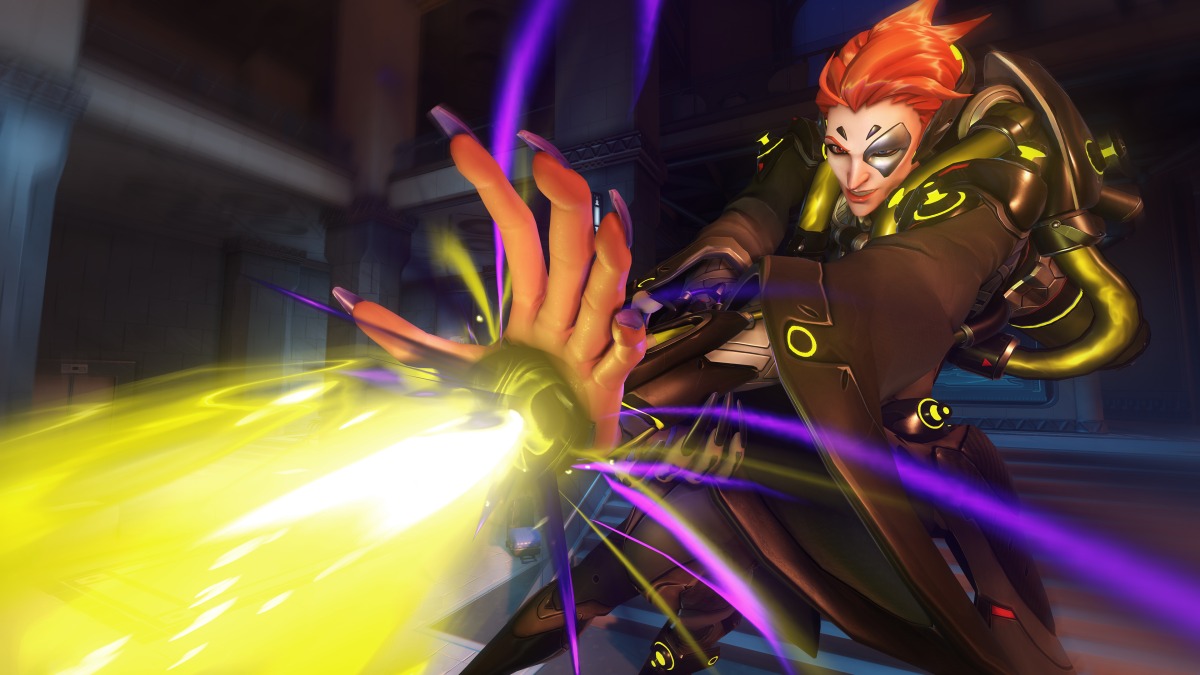 Moira's discoveries, however, didn't win her the acclaim she hoped. The scientific community, perhaps frightened by the implications or skeptical because her work wasn’t reproducible, panned the research resulting in her losing her reputation, her funding, and her livelihood.

Desperate to continue her life’s work, she found an angel investor in an unlikely place, Blackwatch, the covert ops arm of the Overwatch initiative. Gabriel Reyes, the leader of Blackwatch, kept Moira’s work a secret from his Overwatch corporate overloards, but her cover was eventually blown after an event known only as the Venice incident.

Even with Overwatch shuttered, Moira’s work continued. There are rumors her new benefactors run the city of Oasis. There’s even darker rumors that her new benefactors are really just old friends. Now she works with Talon, providing devastating genetic weapons and abilities in exchange for a big check and minimal meddling. With her arrival in Overwatch, who knows what's next.

If you want to learn more about Moira, her abilities, and the rest of the Overwatch crew, check out our extensive wiki here.