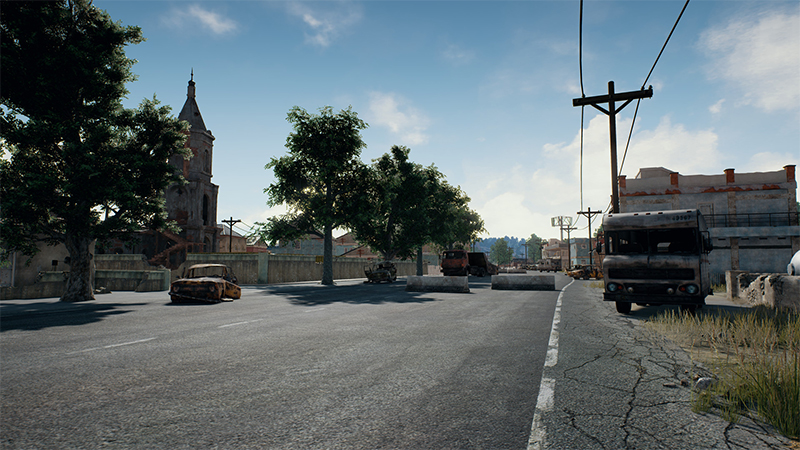 Up to this point, the changes made to PlayerUnkown’s Battlegrounds have been relatively small, with tweaks that help high-level balance without fundamentally altering the core of the game and how it's played. But vaulting, which was available on the PUBG test servers last week and will be heading to the live version of the game soon, is far more than that. Vaulting rewrites the rules of engagement and changes everything you think you know about the existing map, while at the same time making the game more immediately accessible and intuitive than ever before.

Vaulting is as simple as it sounds. Just jump toward an object, and if you can climb it, your character will pull themselves up and over. That means there’s no more guesswork about what pieces of fencing you can surmount, and no more awkward dance as you try to get the right speed and angle to get over a low wall. Most high walls aren’t a problem anymore either, letting you reach the other side without making a long trek around.

Most obviously, this makes just moving around the environment feel much smoother and more natural. It also makes PUBG a much more dangerous and unpredictable game, since there are now far more ways to outmaneuver your fellow players. Where once a shootout around the shipping area was limited to the maze between containers, it’s now far easier to climb over top of the maze and redefine the rules of engagement. Close range battles can turn on a dime, and sniper duels suddenly offer far more vantage points for each combatant to disappear and re-emerge at.

It seems the system is procedural rather than scripted, meaning that there aren’t prebaked points at which vaulting is possible. Players have already been scaling buildings by taking advantage of protruding ledges, and this means that the map’s vertical space is now far more open, with more routes up and around buildings. The degree to which you can climb anything changed several times during the test period, so we’re still guessing at the exact limitations of what you can climb when the feature hits the live game. It’s worth noting that some of these “inaccessible” locations were already within reach by cheesing the crouch-jump, but now it’s far easier to make it there.

But of all the new possibilities vaulting opens up, there’s nothing more exciting (and frightening) than what the feature means for windows. Previously, you could be content in the knowledge that doors were the only way into a building, and you could easily keep track of just one or two entry points. Now, any window of a certain size functions just as well. If you’re holding down a position inside a building, that means you’ve got to mentally map far more potential routes of intrusion, while as an attacker you’ve got to weigh cautiously making your way through a door against making a noisy entrance by bursting through glass. Either way, it’s now far more difficult to hold down a position in a house, making even urban engagements far more dynamic and unpredictable.

It’ll be especially interesting to see the role vaulting plays in the new desert map, as they’ll both be hitting the live game when it goes 1.0 later this month. The desert location will be the first to have been designed from the ground up with vaulting in mind, and the possibilities this opens up for the new map are endless. Look forward to the game getting even deadlier soon — all the more reason to check out the official PlayerUnknown’s Battlegrounds Wiki.