There is nothing unsuccessful about the Monster Hunter franchise. Capcom’s fantastical conservation simulation has sold upwards of 40 million copies worldwide since its debut in 2002. It is a series with around a dozen titles spanning six consoles, and each new entry is almost uniformly considered an improvement over the previous. Yet, if you are American, the chances that you’ve heard of this franchise, let alone played one of the games, are slim.

The people who play Monster Hunter in the West are often people who either have been playing since the early years (like myself) or had one of those people sherpa them up the steep learning curve. People aren’t browsing the shelves of their local game store and saying to themselves “I think I want to try this game about hunting fire T-Rexs” on their own. Which should alarm you, because that is an awesome sentence to say out loud. 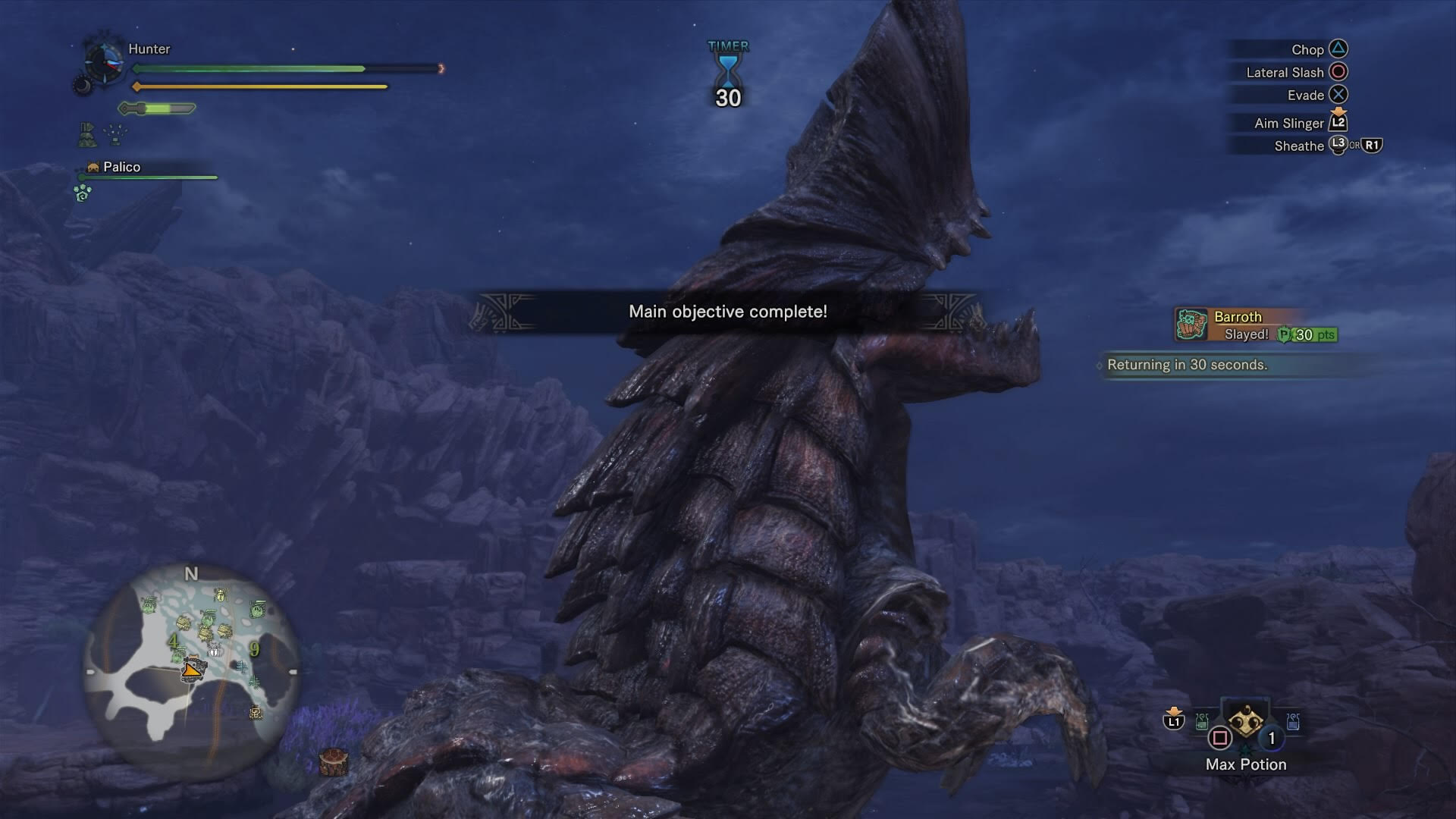 The Monster Hunter: World reveal at Sony’s E3 press conference seemed to take that concept to heart. Beneath the opaque mechanics and clunky presentation lies something elementally awesome that several facets of the modern gaming community can enjoy. For veterans, it was reliving those “this would look great in the future” sorts of conversations in the way that I'm sure original trilogy Star Wars fans felt when they saw the prequel trailers for the first time. The big difference though, after time with the beta, is that the changes implemented to lure in new audiences will do so without hampering what makes the series great in the first place.

If anything, besides the visuals and the open world influences, the biggest changes that will satisfy newcomers and returning players alike are the dozens of quality of life adjustments. So much of what makes Monster Hunter games tough to stick with are all of the strange bookkeeping and menu manipulation that players have to work around. On a console with a full suite of buttons and triggers to work with, Monster Hunter: World's menu design makes getting to an item you need in the middle of a tense battle feel more on an responsive experience. 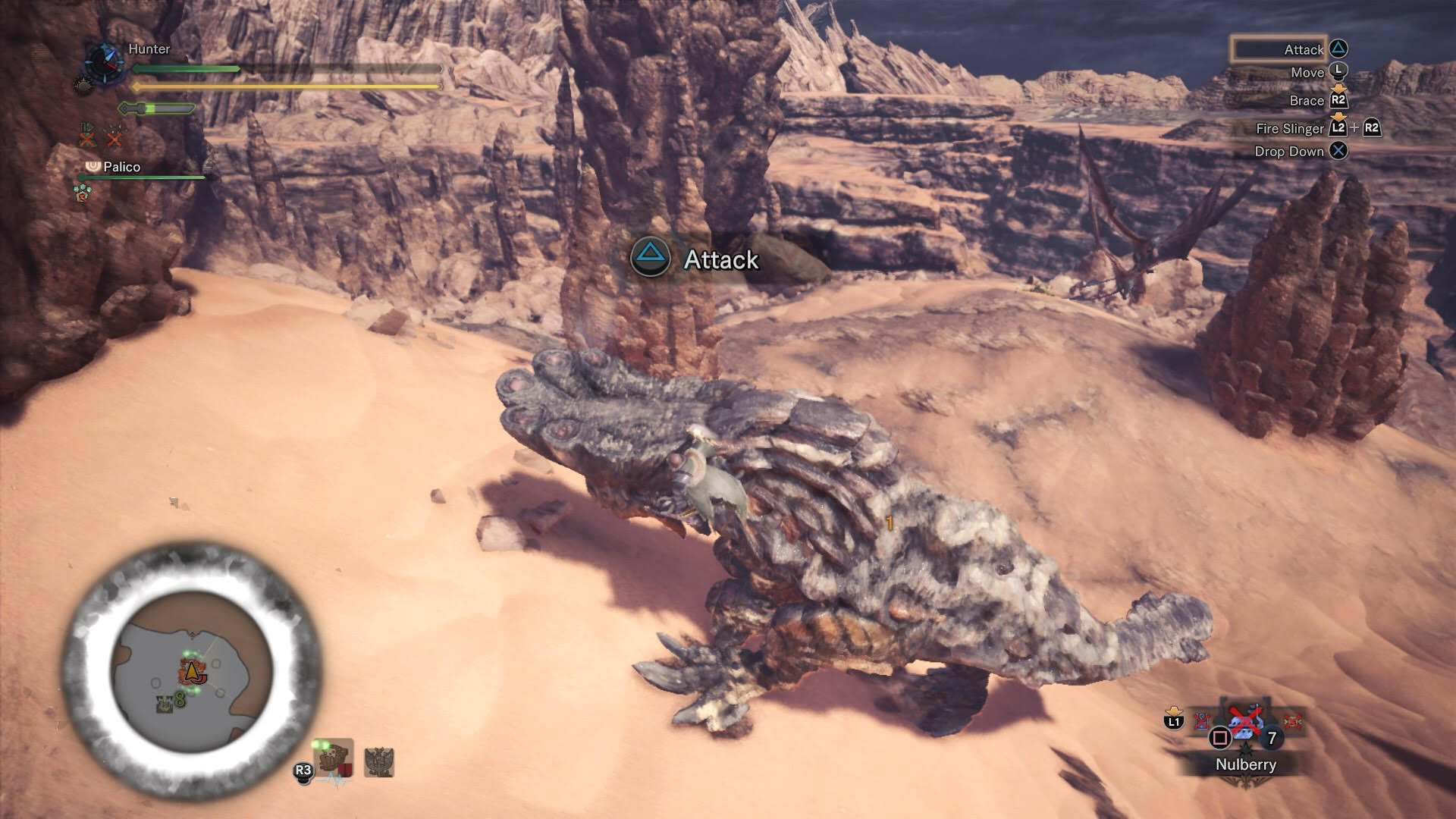 The simple act of locking on to a monster and targeting with attacks seems far more user friendly. The contortionist acts required to keep the camera centered on a gargantuan beast mid-attack are a thing of the past. For the Monster Hunter beta at least, the various controls and special attacks that a weapon can do are listed in the top right corner, and they change depending on if your weapon is drawn or not (or what form it’s taken). These are things a vet would know, but a new comer picking up a new weapon would have had to just tinker around and figure it out in past iterations.

How you use items is vastly different as well. Gone are the days of having to be stationary and defenseless to drink a potion. Now, with the exception of sharpening your weapon with a Whetstone, everything can be used on the move. Your speed may slow to a walk while using items, and you are still vulnerable to attacks, but you have mobility options. Picking things up from the world and crafting items from them on the go is a snappy and stress free experience, too.

All this doesn’t even speak to the incredible advancements made to the world itself. The landscapes and environments of Monster Hunter were always very diverse and filled with interactive elements, secret passageways, and unique wildlife. It seemed impossible for it to get more immersive, but Monster Hunter: World blows previous ecosystems out of the water. 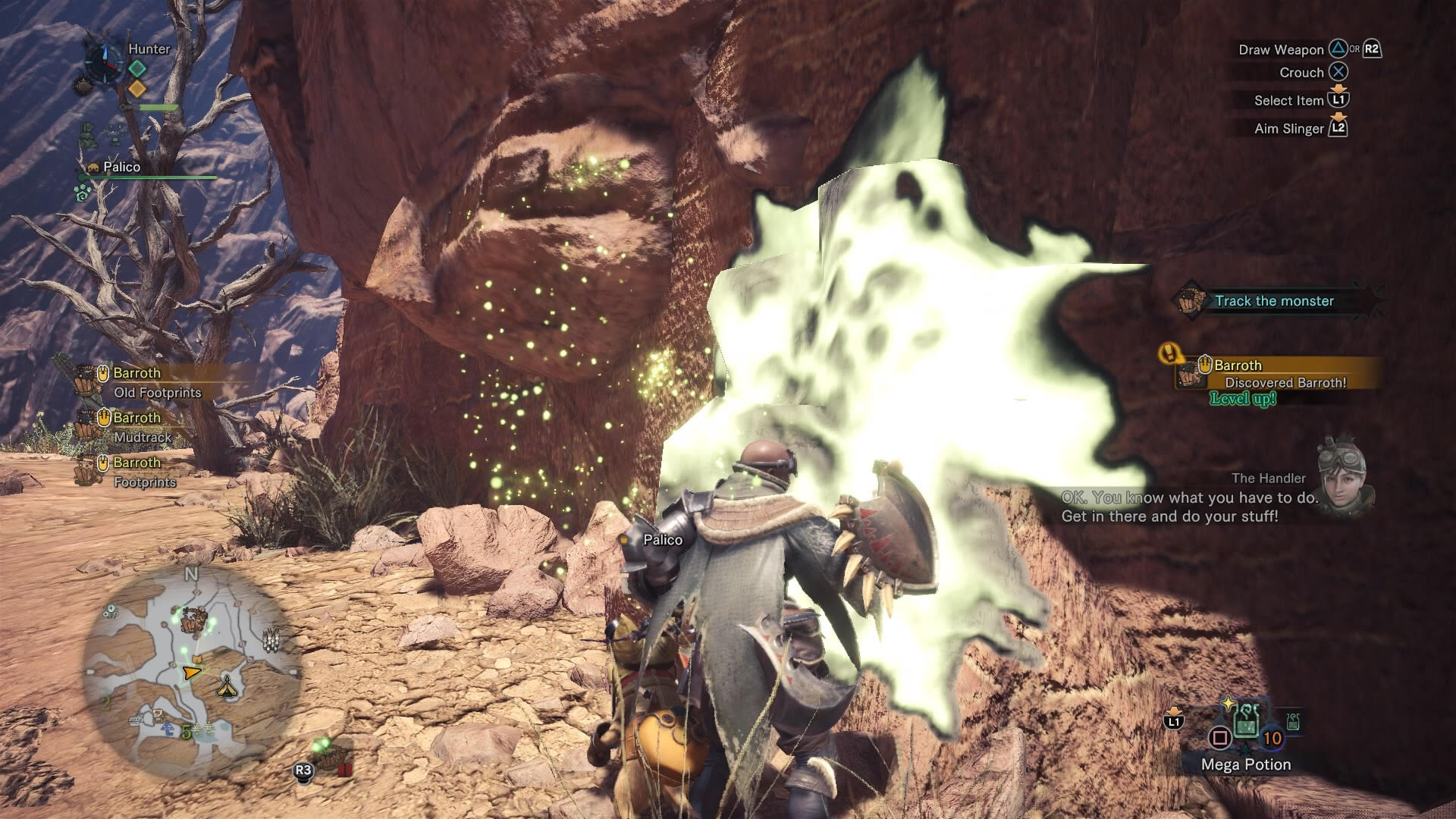 The beta’s hunting grounds sports a large landscape with several different types of biomes all in one seamless, open space. On one end is a craggy range of cliffs and valleys, that transitions into a open desert, that is connected to a sprawling cave system, that opens up into a swampy bog. These seem like they don’t work together, but the map is expertly designed to not only feel like you’re traveling through miraculously different environs, but that going from section to section makes sense logically.

Tracking a target requires really becoming familiar with the world around you. Following a swarm of glowing scout flies to points of interest like footprints of rubbings on trees is vital, but also knowing the quickest routes from area to area is equally important. Assortments of objects can be shot from a slingshot for various utilities, like rocks that flash bright blinding lights or mold that can illuminate dark places. Being familiar of where that stuff grows is key to using it effectively. 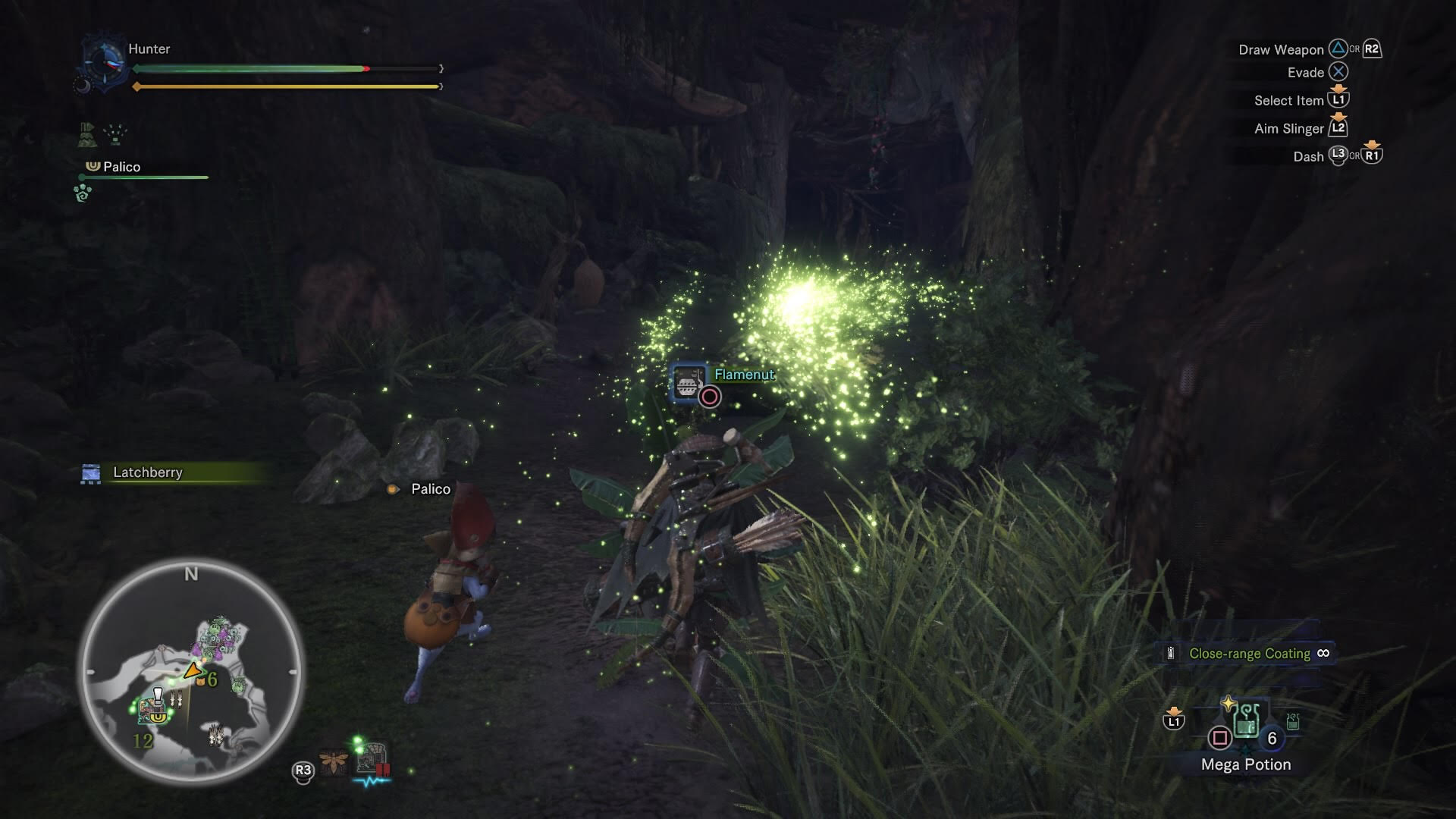 The creatures living in the world feel like part of a complex symbiosis. From the large herbivores, to the roaming bands of carnivorous raptors, to the enormous wyvern targets, each behaves like it had a place in this world before you got there, and would fight furiously to keep it that way. This is maybe more evident in how they resist each other. If two big wyverns meet in the same area, the chances of them throwing down with each other instead of measley old you is high. These encounters aren't always on even terms though. Fatigued monsters need to eat to recover, and sometime that can mean snacking on a corpse. Other times, it means hunting live, less imposing prey.

Monster Hunter: World brings intense action and deep involvement to finally coax the uninitiated into the franchise. And if the beta is to be trusted as a sign of the game to come in January, it does so without compromising the things vets love about the series as it is. In fact, it makes all of those things better.

A Year Later, Newly Free-To-Play Battlerite is Still the Most Unique Arena Brawler On the Market