Are you struggling to find something to do? Still recovering from the post Christmas/New Years holiday overload? Are you perhaps stuck inside while negative temperatures turn the world into a Roland Emmerich disaster movie? If you answered yes to any of these questions, and even if you didn’t, you’re going to want to drop everything, turn on Twitch, and settle in for what will be the best week of live entertainment you will ever see.

Awesome Games Done Quick, or AGDQ, is a charity marathon where hundreds of gamers compete against the clock and each other to complete a variety of games as fast as possible. With all the money raised (and it's a lot) going toward the Prevent Cancer Foundation, hundreds of thousands of people will descend on Twitch to watch these players break apart the newest releases and your frustrating childhood favorites through glitches, bugs, exploits, and by being just that damn good.

But with over 100 hours of prime gotta-go-fast goodness going on all this week, trying to find what to watch is like going into the Steam Summer Sale with a bottomless wallet — how do you decide?

Part of the fun of watching a marathon like this is you’ll never know exactly what to expect. A great speedrun is equal parts skill and commentary. Your big ticket AAA showcase might fizzle out because the runner is a joyless, semi-silent robot. On the other hand, the little known indie game at four in the morning played by a runner who is very vocally passionate and knowledgeable about their game might be the jewel of the show. You never know. If you want to get the most out of the marathon, watch everything. But if you don’t have that kind of time or commitment, lucky for you, I’ve come up with a list of recommendations and must-sees designed to help you get the most out of your Games Done Quick experience. 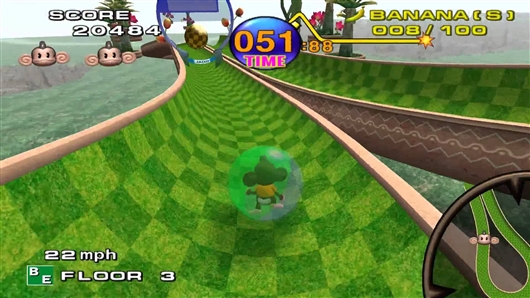 Sometimes it’s difficult to watch a speedrun if you’re unfamiliar with the game. Puzzle platformers, like Monkey Ball, are the best games to watch if you’re new to speedruns because the mechanics are usually very simple: insert Monkey Ball A into Goal B, rinse, repeat. With understanding the game out of the way, a viewer’s brain space is then freed up to focus on the skill with which these runners insert Monkey Ball A into Goal B.

And then that brain space is melted.

The Monkey Ball runs are always amazing. I guarantee watching this run will have you white knuckled and forgetting how to breathe. 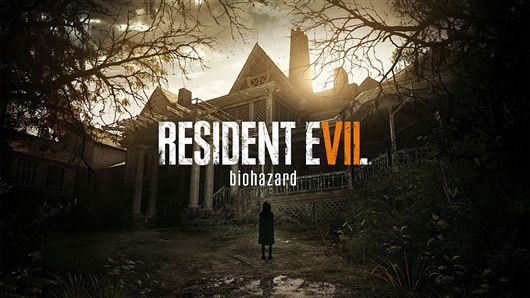 Sometimes you watch a speedrun for the game. Sometimes you watch for the players. You’re going to want to watch this speedrun of Resident Evil 7 for both. It takes years to find the fastest route through a game, and years more before a game breaking glitch is suddenly discovered that busts the game wide open. RE7 is a relatively new game, so it will be interesting to see what the speedrun community has done to optimize the game in the year since release. The game’s runner, Carcinogen, is also one of my personal favorite speedsters. He’s chill, informative, and funny, the best qualities you can ask for in a runner. 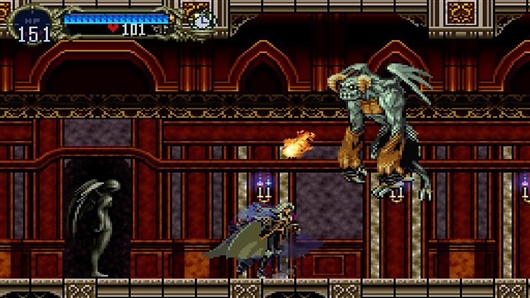 Enter this Castlevania Symphony of the Night run.

I’ve seen any%, I’ve seen blindfolded, and I’ve seen all bosses, but I’ve never seen a Castlevania: SOTN run completed with no bosses. I’m interested to see what this run looks like, and if you’re a fan of the classic Castlevania game, you will be too. 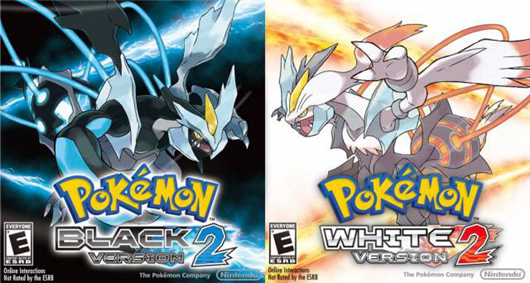 Any Pokemon run is an exercise in the power of statistics and the human mind’s ability to calculate them on the fly. I hate math. Pokemon runs are about as mathy as you can get and yet they are always at the top of my must-watch list.

It is utterly astounding to watch these players know, down to the digit, the kind of damage they’ll do and take: knowing by heart every value for their Pokemon’s stats, encounter rates, and when they’ll level up. These players are walking, talking human-calculators. If you like numbers (and even if you don’t) watch the Pokemon run. You’ll be amazed.

I’m recommending an individual streamer this time, instead of a game. There is a reason why Half -Coordinated was nominated for the Game Awards Streamer of the Year, (and it’s a travesty he didn’t win.) Half-Coordinated is a speedrunner triple-threat. Informative, entertaining, skilled, and inspiring. (Okay so that’s four but I already told you I hate math.) He’s the kind of runner, the kind of person, that can make you feel like you can do anything. Half has two runs this GDQ. Watch both. Be amazed. Possibly cry. 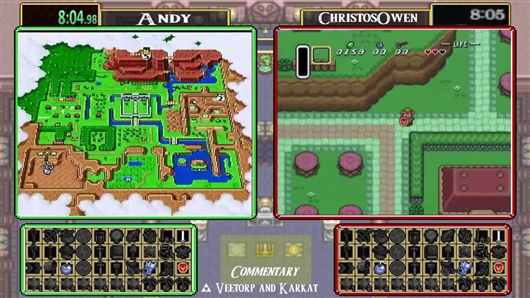 Legend of Zelda: A Link to The Past Randomizer Race
Saturday January 13th 6:54 pm

One of the challenges of speedruning is competing against a static environment. Over time, the more a game is speedrun the more optimized the route to completing it will be. That means if you want to be the fastest, you’ll have to perform the same set of tricks, the same way, in the same sequence better than all your competitors.

But what if you were competing in a dynamic environment, where you had to adapt all the tricks you know on the fly based on what the world throws at you? That’s what a randomizer is. It takes the traditional format of speedrunning and turns it on its head.

In a Legend of Zelda: A Link to the Past, you visit the dungeons of Hyrule in a specific order to gain specific items to gain access to the final dungeon. What a randomizer does is take those specific items needed to complete the game and scatters them to random places. What if, instead of finding a piece of the Triforce at the end of a dungeon, you found in a random chest in the overworld? What if, after completing a long and arduous quest, your reward was only a chest filled with 50 rupees?

And what if you were doing all that in a race against other runners?

This will be the first time a randomizer race will be featured at a GDQ and it’s going to be the highlight of the whole event. The best runners will have to call upon all their skills while still relying on a bit of luck in a race to the finish. Do not miss this. 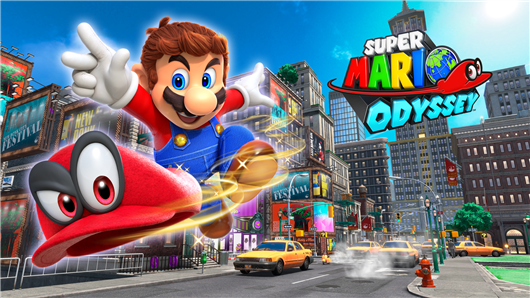 Mario games are one of the most watched games during any GDQ event and last year saw the release of possibly the best Mario game ever made. I’ll bet you cash money Super Mario Odyssey will be added to the schedule if people donate enough money. Keep an eye out for it, throw cash at it. It’s going to happen.

If you happen to miss any of the races listed here, worry not, as VODs of all the runs will be up on Games Done Quick’s YouTube channel. Check out the full AGDQ schedule here,and let us know below which run you're looking forward to the most (and why it's the Zelda Randomizer race).

Everything We Know About Death Stranding So Far