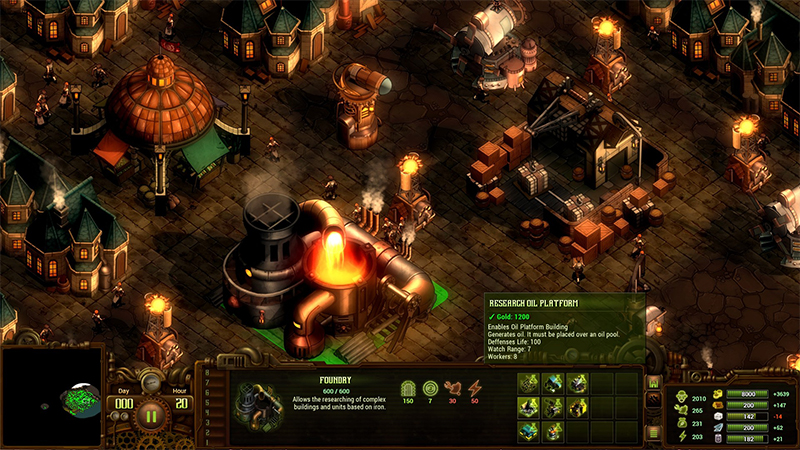 They Are Billions launched on Steam Early Access in December, seemingly out of nowhere. Since then the game has consistently been one of Steam’s top sellers, and it’s garnered a Twitch audience regularly in the tens of thousands. But what exactly is it? If you haven’t been following along from the beginning, the game’s list of genres and influences — steampunk, zombie, survival, real-time strategy, tower defense, and more — are such a mishmash they don’t exactly paint the clearest picture of what to expect. But once you realize what this horrifying steampunk RTS is all about, the appeal is immediately apparent.

At a glance, They Are Billions has all the appearance of a classic real-time strategy game. You start with a command center and a handful of units, and you quickly need to get to work expanding your territory, gathering resources, and building new units. The difference is that you’re not competing against another AI or human-controlled faction with the same capabilities as you. Instead, your foes are hordes of zombies that come in by the dozens, then the hundreds, then the thousands.

That means building your base is all about defense, creating walls and devising choke points to ensure your defenders can hold back waves of undead enemies. You encounter zombies in small groups at first as you explore the area around your base, but as days go by increasingly massive hordes come rushing at your base, testing your defenses and threatening to wipe you out if you’re even the least bit unprepared. If the zombies hit your buildings, they don’t just get destroyed—instead, they start producing more monsters which will continue pouring against what remains of your base, spreading the infection as they go.

The other thing that sets They Are Billions apart from most RTS games is that you can pause at any time, giving you ample opportunity to survey the situation, issue commands, and lay out your base. That means you’ve got plenty of time to decide what to research and upgrade, what resources to seek out, and what types of defenses you want to build —and no excuse when a massive horde inevitably lays your plans to waste.

They Are Billions is currently in Early Access, but its survival mode is fully playable, which challenges you to survive a set number of days against increasingly dangerous waves of enemies. By the final release, the game will also have a campaign, with hand-built missions that have their own unique victory conditions.

For more details on the game, from the zombies you’ll face to the resources you’ll gather, check out the They Are Billions Wiki. You’ll need all the help you can get.

Awesome Games Done Quick 2018: What And When To Watch