Into the Breach, Subset Games' follow up to FTL, is just as compelling and challenging as its predecessor. There's a lot to take in — and a lot to take advantage of — if you want to get the most out of your runs. While we can't prepare you for every tactical situation you might encounter, we can provide a short list of beginner tips. This should be enough to jump-start your attempts to save the world from the Vek.

Keeping the power grid in tip-top shape is your number one priority. You cannot win the game without keeping the buildings on each map standing. The secondary objectives are tempting and valuable, but you should never trade a building for a reputation point if you don't think you can earn that lost power back quickly.

All this goes out of the window when Time Pods slam onto the scene. They often contain new pilots and reactor cores, and both are rare and very useful.

2. Everything is a Resource

In a game like Into the Breach, risks are a fact of life, and losses can often be heavy. But it's important to understand that something like HP is more like a resource — a value to be traded for an outcome — then a meter counting down towards death. Sometimes, it's worth taking a hit in order to block more Vek from surfacing. The same goes for standing in front of a charging Vek or a stray shot in order to protect buildings or other units. In extreme circumstances, even pilots could be expendable.

Into the Breach tells you everything you need to know about what the enemy can (and will) do to you and your buildings. Their upcoming actions and targets are displayed in full, and it's easy to find out about any special modifiers to their strength or additional defenses. Your tactical decisions should all be made in response to the Vek.

Every squad of three has several natural synergies that might take a few runs to fully understand. Each member of a premade squad has its own abilities that might seem useless on their own, but can produce powerful interactions when combined with the other units. Add the unique passive abilities of each pilot to each unit, and the various systems that can be bought and added to a unit's kit, and you'll see how many different strategies can come into play. 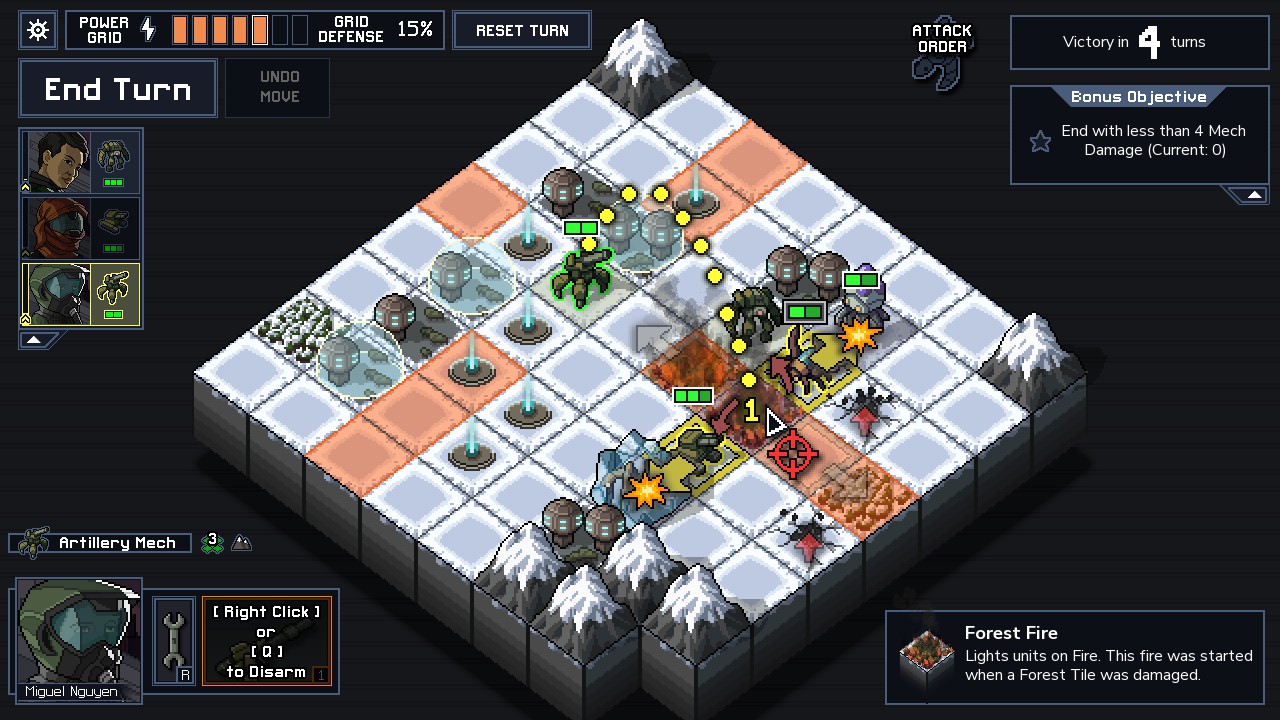 5. The Environment is its Own Weapon

Shooting and ramming things is fine, but you'll get more bang for you buck if you're knocking Vek around into each other, mountain ranges, or into bodies of water. Many Vek die instantly when introduced to water or open chasms in the ground. Outside of that, there are environmental variables that can alter the battleground in other ways. Sand dunes that are damaged create smoke clouds, which make it impossible to take actions from within it. Forests that are attacked are lit on fire, and anything that stops in them will be set ablaze, also. 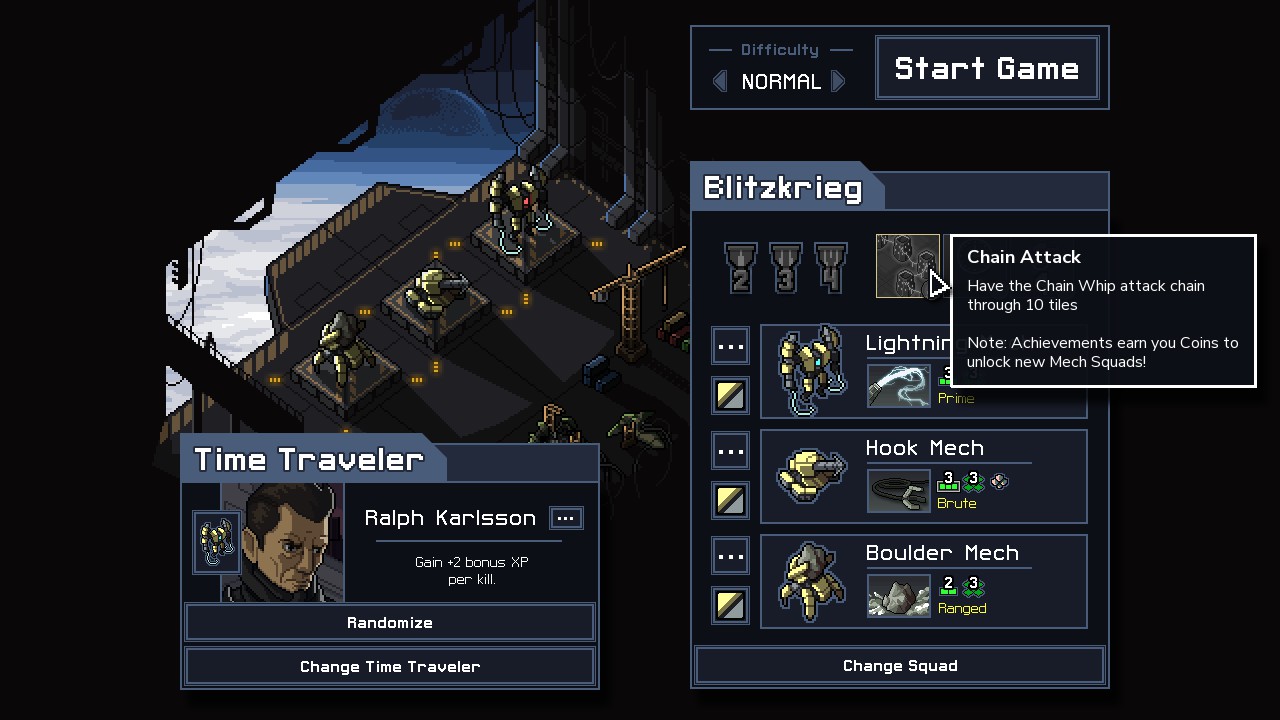 Each run should be played with hitting one of the Achievements in mind. Achievements are challenges that require you to play a certain way, and perform certain actions that might not come naturally. Coins are your reward for completing Achievements, and they can be spent on unlocking other squads. New squads don't just mean new teams with new synergies, but new individual units to use when customizing your own platoons.

If you need more intel before you drop into the next timeline, head straight to our Into the Breach Wiki.

Suit Up and Save Humanity in Into the Breach, From the Developers of FTL