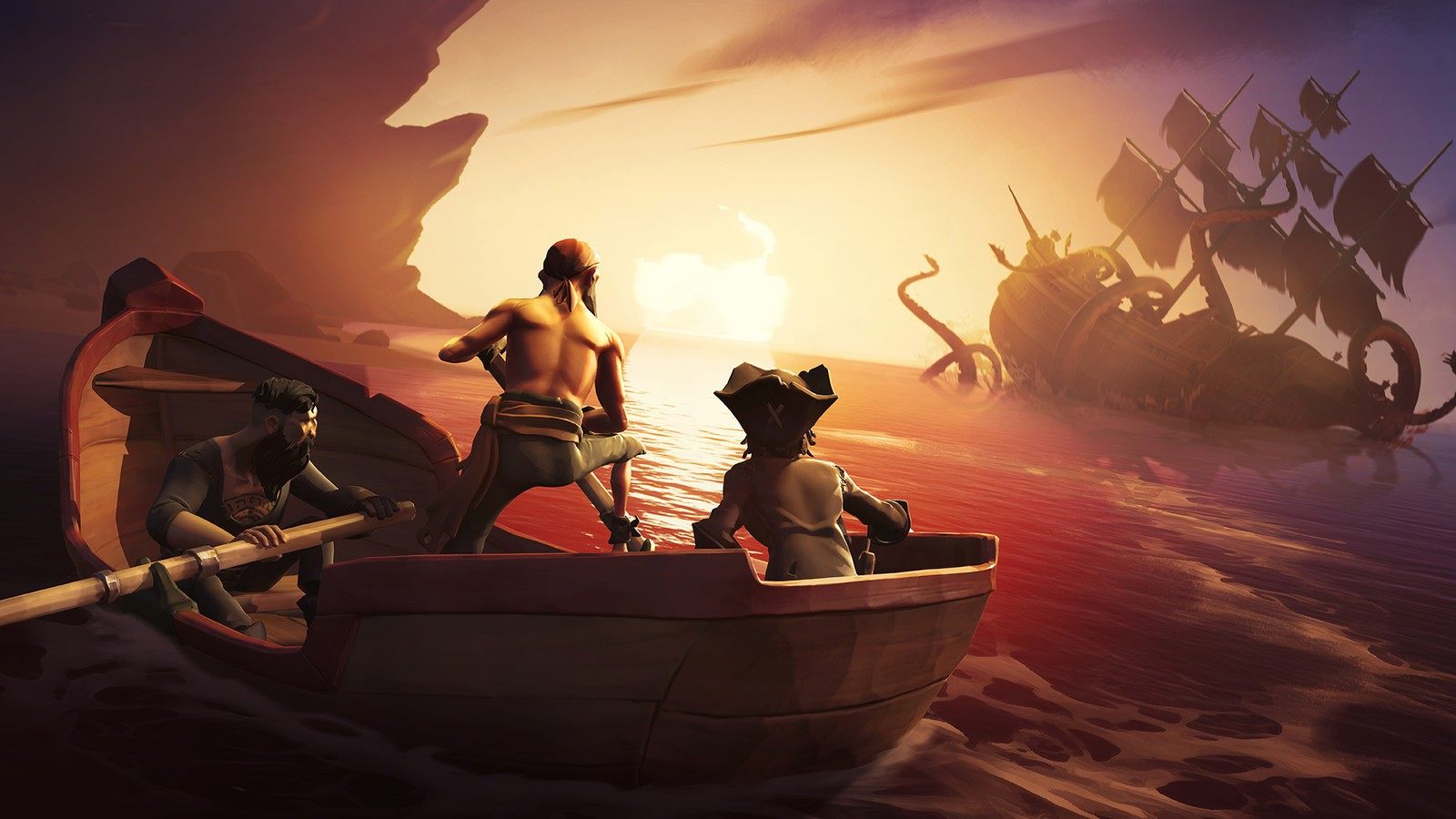 Sea of Thieves just released, and as one of the most anticipated games of 2018, the internet is about to be lousy with pirate jokes. Expect an absurd number of cracks about shivered timbers, mateys, and old Pirates of the Caribbean memes.

But one thing everybody’s also talking about: the Kraken. The mythical sea creature and sometimes be-tentacled pet of Davy Jones makes an appearance in Sea of Thieves — and you can kill it!

Wanna know whar she blows? (Sorry. I had to, it’s required.) Well unfortunately there’s no way to find her...it...eldritch sea creatures are "its" right?

According to the developers, the kraken doesn’t patrol any set space on the map. Instead you and your crew of shanty singing swashbucklers have to come across it randomly by trawling open and deep waters.

You’ll know when you’ve found it because the music will change, the waters around your vessel will turn black, and there’ll be huge tentacles trying to kill you. Grab your guns and batten down the hatches because now you’re in for a fight.

The Kraken fight has 4 different phases:

The idle phase is self explanatory. The tentacles stand there, and you shoot at them.

The mouth phase is equally easy, as Little Shop of Horrors-like mouths open on the end of tentacles for you to shoot. But after that there’s a possibility that one of the mouths will then enter a suck phase.

During this phase, the mouths on the tentacles can suction you or your crew off the boat and into its mouth. Avoid it by hiding below deck or, if not, you'll get sucked in. You’ll need to slash wildly with your cutlass to get the mouth to let you go, spitting you out into open water.

Note: the waters around the Kraken are pitch black. You can’t see anything if you dive down, and you’ll take damage. So don't try fighting it from the water.

After getting spat out like a nasty bit of pineapple pizza, make your way back to the ship and prepare for the crash phase. In this phase, a tentacle will wrap around your vessel, damaging it. Your vessel will take on water that you’ll need to handle and you’ll need to cut or shoot the tentacle, damaging it enough so it’ll let your boat go. I also believe the tentacle spits out poison goop so keep an eye on your health bar.

From there, the cycle repeats in random order. The Kraken doesn’t have a health bar so you won’t know how much more damage it’ll take before it falls. Just keep pummeling it until the achievement pops or the tentacles disappear into the briny deep. Then congratulations are in order, as you’ve bested the beast. Unfortunately, there is no booty.

Hopefully, more mythical monsters (and treasure for them to drop) will be added to the game down the line. Perhaps sea serpents, sirens, and more could be in the works. But for now the Kraken is more than enough to handle — it's a tough slog of a fight that can sink your ship if you’re not paying attention. Roaming the high seas and have a question that needs answered? Visit the Sea of Thieves wiki, and be sure to let us know if you’ve encountered the Kraken and what you did to survive.

Slay The Spire Relics Guide: Everything You Need to Know

Pillage and Plunder with Friends in Sea of Thieves

Colonize and Conquer the Red Planet In Surviving Mars