Still busy out there becoming the scourge of the seven seas? Of course you are! Rare's Sea of Thieves is finally here, and a pirate's work is never done. One of the best ways to rise up the pirate ranks is to conquer fortresses full of Skeletons who want nothing more than to kill you, and that's not even mentioning the other pirates who can't wait to jump in and steal all of your hard-earned booty. And we're not talkin' about the one that you had to eat all those yummy donuts to get.

We're talkin' treasure — the kind that's waiting for you in the bowels of said Skeleton forts when you've cleared them all out once and for all. If you and the loyal band of scoundrels you call a crew want to claim all the riches hidden within these ominous structures, you're going to need more than just luck. Gather the whole gang and drink up, me hearties, yo-ho! You'll be decimating those decrepit old bags o' bones in no time.

What is a Skeleton Fort? 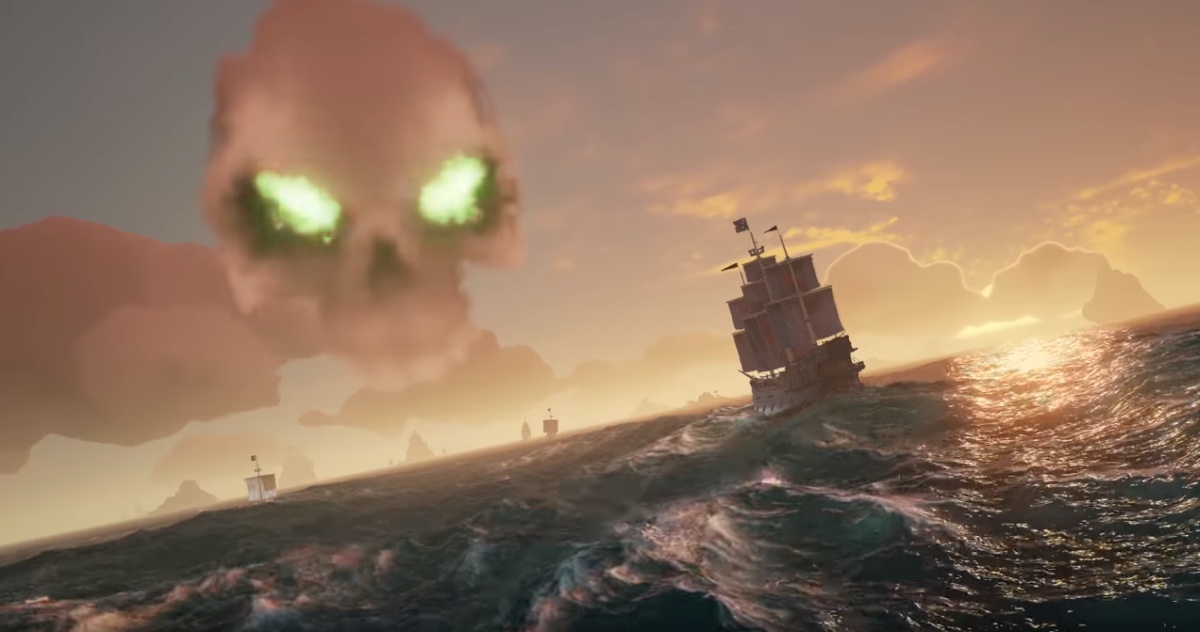 Skeleton forts are exactly what they sound like they are — massive fortresses found throughout the world of Sea of Thieves that are teeming with the bony baddies. They're located on islands with various man-made defense structures like cannons and watchtowers. Sometimes, they become "active" and are overrun by Skeleton hordes. That means you're in for some choppy waters. They're teeming with seriously awesome treasure that you'll definitely want to throw down for. Just know that it's not going to be an easy ride.

What is easy is finding these bad boys. Seriously, you can't miss 'em — not with the huge skull-shaped cloud in the sky that pops up in front of them while you're sailing. That's a good indicator that a fully-fortified Skeleton fort is around, and you'll either need to change course quick and head for safer waters, or go full steam ahead into battle.

Okay, So How Do I Clear a Skeleton Fort? 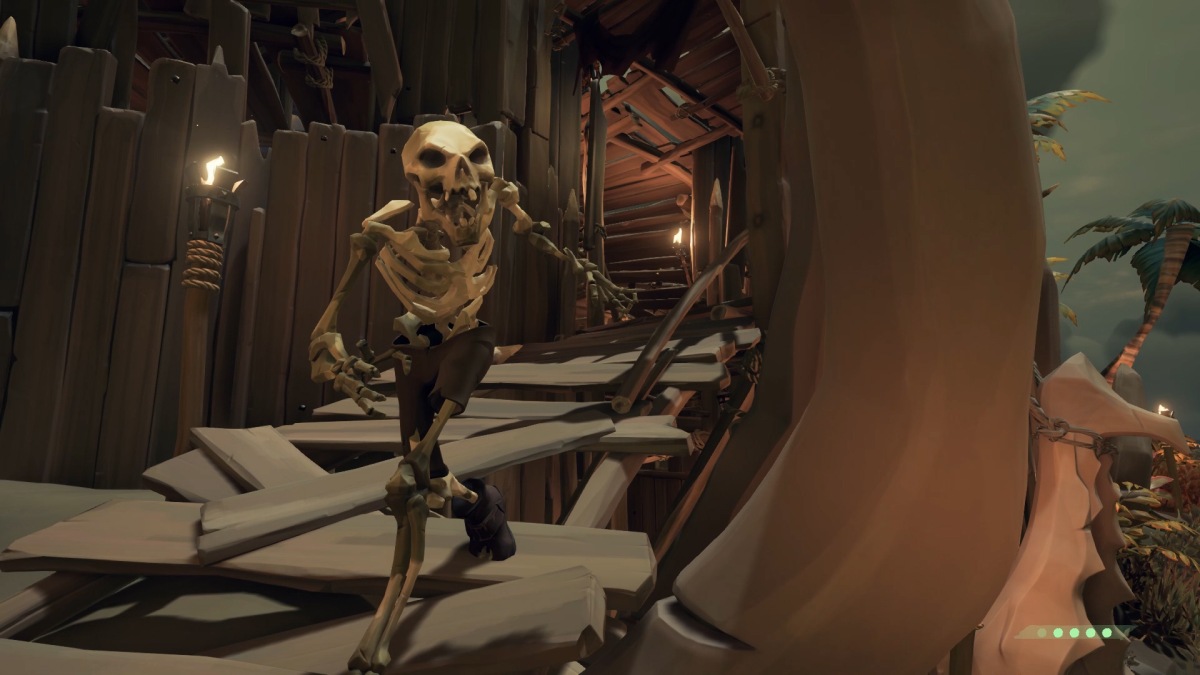 If you're brave enough to take on the challenge, all you need to do is actively seek out one of these skull clouds. Sail ahead toward the cloud until it gets larger, but beware of active cannon fire and the threat of being assailed by skeletons before you get there! If you don't want your vessel to be doomed to the briny depths, make sure you focus on decimating the Skeletons manning the active cannons. They know exactly why you're coming, and they're not going to go quietly into that good night — er, again. They're already dead.

You can either take aim at the cannons with your own ship's artillery, use an Eye of Reach to aim and attack from a distance, or appoint one of the scurvy lads in your crew to go kill off the Skeletons, if you're eager for a more direct approach. Once you're sure you've cleared out the skeletal cannon crew, it's time to make sure your ship is in a safe place, and set foot onto the island itself. 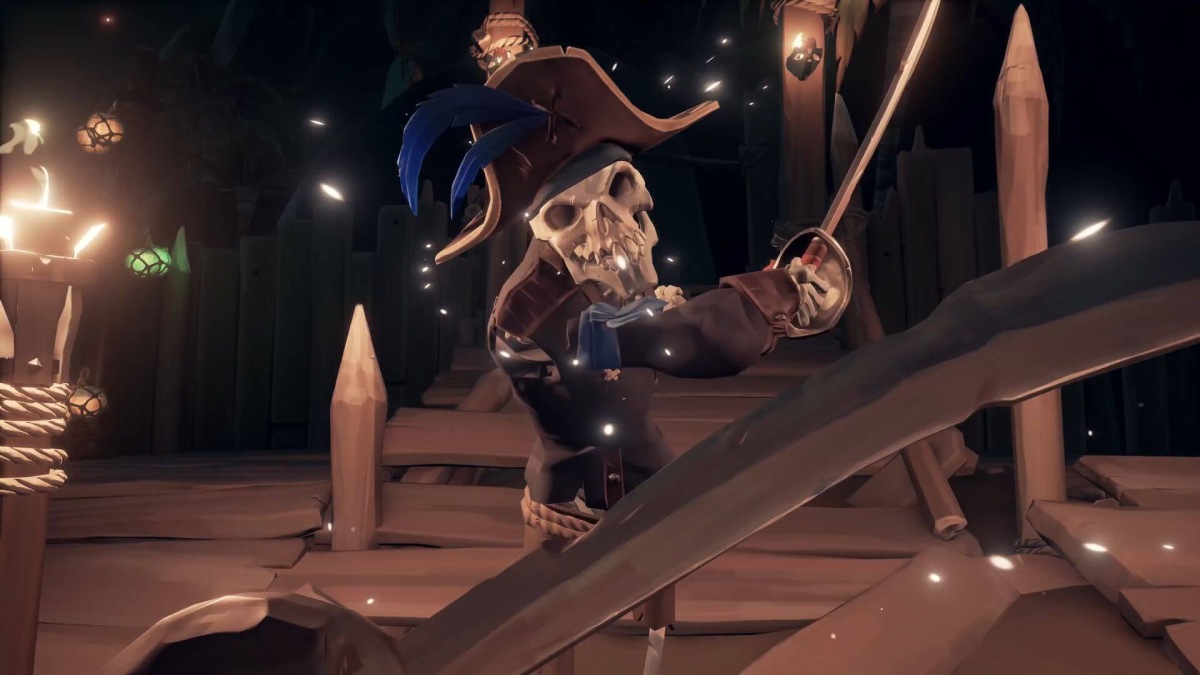 This is where things get tricky. You need to kill every single Skeleton active at the fort if you want to claim the spoils of victory. They'll continue to spawn in waves until your entire crew has been erased from existence, and no one wants that. So be smart — here's where you'll need to utilize environmental boons like explosive barrels, as well as good, old-fashioned teamwork to corral them and start systematically destroying them in large groups. No one said it was an easy fight. This is why Skeleton forts are Sea of Thieves' version of raids, after all.

When you've defeated a few dozen waves of Skeletons, the big bad Skeleton Captain will appear. Normal Skeletons will also hang around for the battle, but focus all efforts on the Captain to win this hard-fought war. When you've finally taken the Captain out, it'll drop a special Vault Key. Yes, just like in Borderlands. Grab that bad boy and get going! 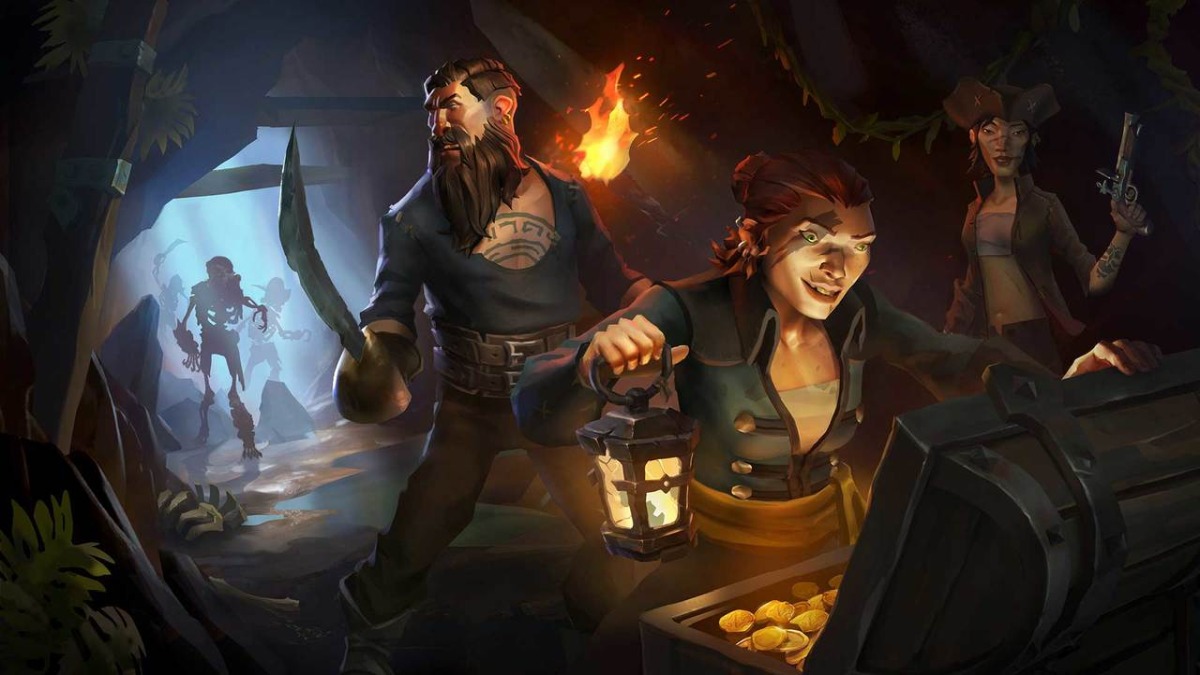 The Vault Key is your ticket to the Captain Skeleton's treasure trove, so head out in a search for the vault door so you can claim your goodies. When you find the fortress door, usually near the main fortress itself, it's time to unlock it and go inside. What's waiting within is a massive deposit of riches, many of which you won't be able to carry on your own. Seriously, don't even try. You need your entire crew to pick up what you can, each making multiple trips back to the ship.

Do your best to grab only what's valuable enough to get back to your ship in a hurry, because you never know when a rival ship is going to appear to rob you of your hard-earned riches. Look for Stronghold Skulls and Chests, Exotic Silk Crates, Hateful Skulls, Captain's Chests, and Marauder's Chests — that's the kind of loot that's worth schlepping back to the nearest outpost. Once you've bled the treasure trove dry of useful items, you should be lousy with reputation and gold! It's time to sit back, relax, and revel in you and your crew's awesome plundering abilities.

But don't be content to rest on your laurels while there's a whole world out there to explore. Get ready to set sail and do it all again next time! Still jonesing for more treasure than Davy Jones' Locker can hold? Find where you can make out like a bandit and more at the Sea of Thieves wiki.

Old-School MMO Shroud of the Avatar: Forsaken Virtues Is Officially Out of Early Access

Pillage and Plunder with Friends in Sea of Thieves

Sea of Thieves: Your Guide to Killing the Kraken