God of War's 2018 revival isn't a reboot of the series per se, but a continuation of the Greek god's story that takes a sharp detour into the world of Norse mythology. After seven games, it was time to try something different, and that's exactly what the latest iteration accomplishes — but it's not an entirely new ballgame.

Though Kratos has a new family and a new look (that beard sure is sharp!), he's still very much the same Spartan warrior who became the Greek god of war we know and love. He's just ended up in the land of Midgard this time around, where he finds himself smack-dab in the middle of Norse gods, elves, dwarves, and the realms they inhabit.

That change might leave some players a little lost, especially since Greek and Norse mythology are so far removed from one another. But as distant as this God of War may seem from the rest of the series, it does actually tie in to the rest of them in several important ways. We've put together this handy explainer for the callbacks to the classic God of War games that link the series together ever-so-neatly. Be forewarned, however — there are a vast amount of spoilers to come, so if you are yet to play God of War, turn around and choose something else to read. We've got tons of other pieces calling your name! Otherwise, read on for a heaping helping of clarification.

Getting to Know Kratos 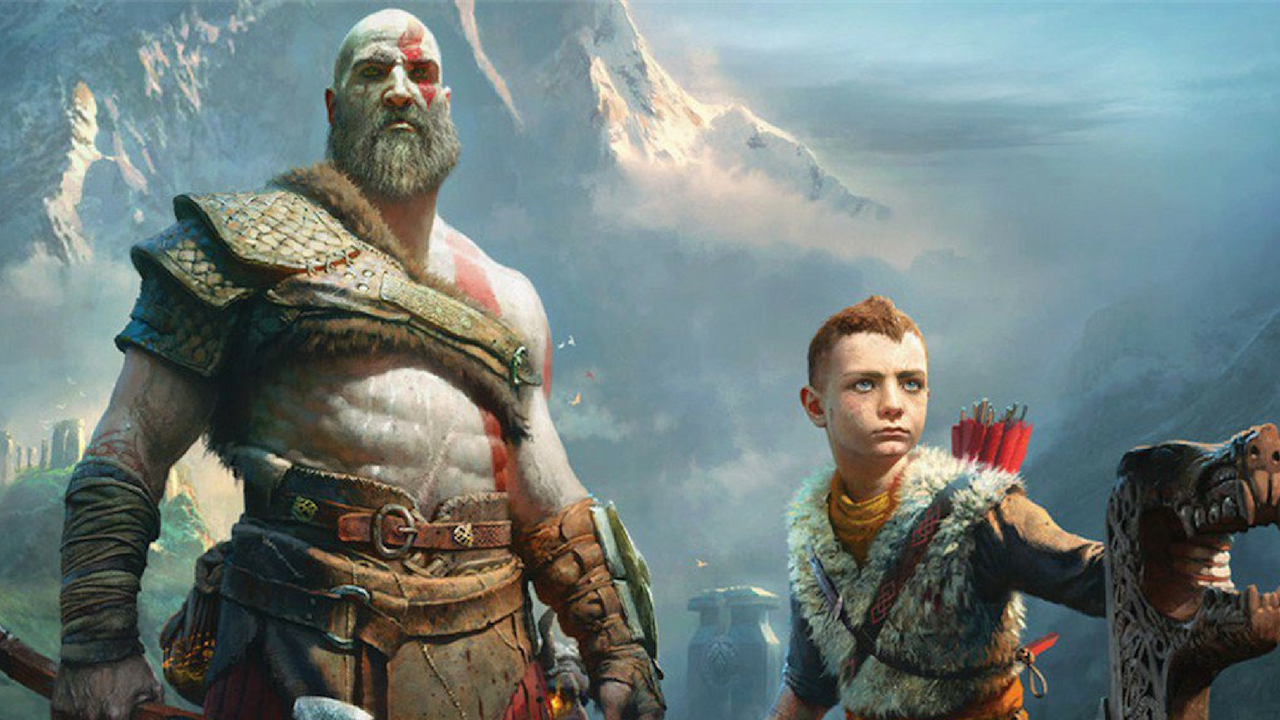 To start things off, who is Kratos, anyway? Going back to the inaugural game in the franchise, God of War, which was released on the PlayStation 2 in 2005, we learn that Kratos was originally the youngest captain in the Spartan Army. He ends up working in tandem with the god of war, Ares, who lends the power-hungry Kratos some of his might so that he can be even more effective in battle.

This effectively lands him in the service of Ares, as the iconic Blades of Chaos are bound to Kratos's arms. They're a powerful tool, but they render Kratos a slave to Ares, little more than the god's loyal pet. Ares says jump, and Kratos says "how high?" — all the way up to the point where Ares tricks Kratos into killing his own family. Yes, Kratos was previously married with two daughters, and he cut both of them down in a murderous rage, duped by Ares as part of a cruel trick. He's cursed to wear the ashes of his own family, which stain his skin that eerie white color. 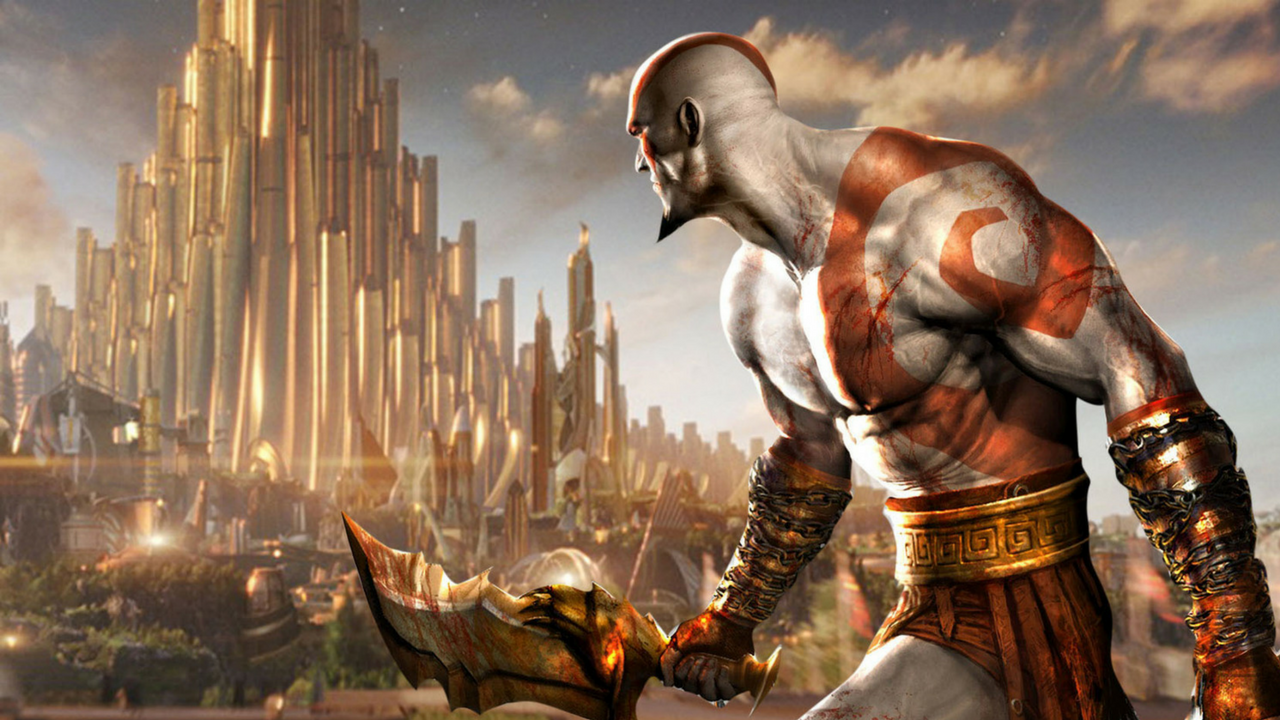 This transforms Kratos into an even more rage-fueled tyrant who leaves Ares' service and becomes the so-called "Ghost of Sparta." Ares obviously isn't happy about this, and attempts to force Kratos back into working with him, which doesn't end well for either party. Kratos eventually has his revenge, killing Ares and becoming the new god of war.

But Ares isn't the only god Kratos pissed off — Zeus, Kratos's father and the ruler of the gods, also has it out for our sad mad dad, which ultimately results in Kratos cutting his way through almost the entirety of the Green pantheon.

Eventually, Zeus and Kratos have it out,  which speaks for a lot of the rage brewing just under the surface when it comes to Kratos and his prickly personality. Kratos has been tricked, deceived, lied to, and mistreated by most of the gods in his life. As he's dealt with their shenanigans over the major entries in the God of War series, we've seen him grow a little more through each game — but even while he was fixated upon murdering the gods and other deities that have seemingly thrilled in seeing him suffer, he's always held one thing dear: his family and his pride. 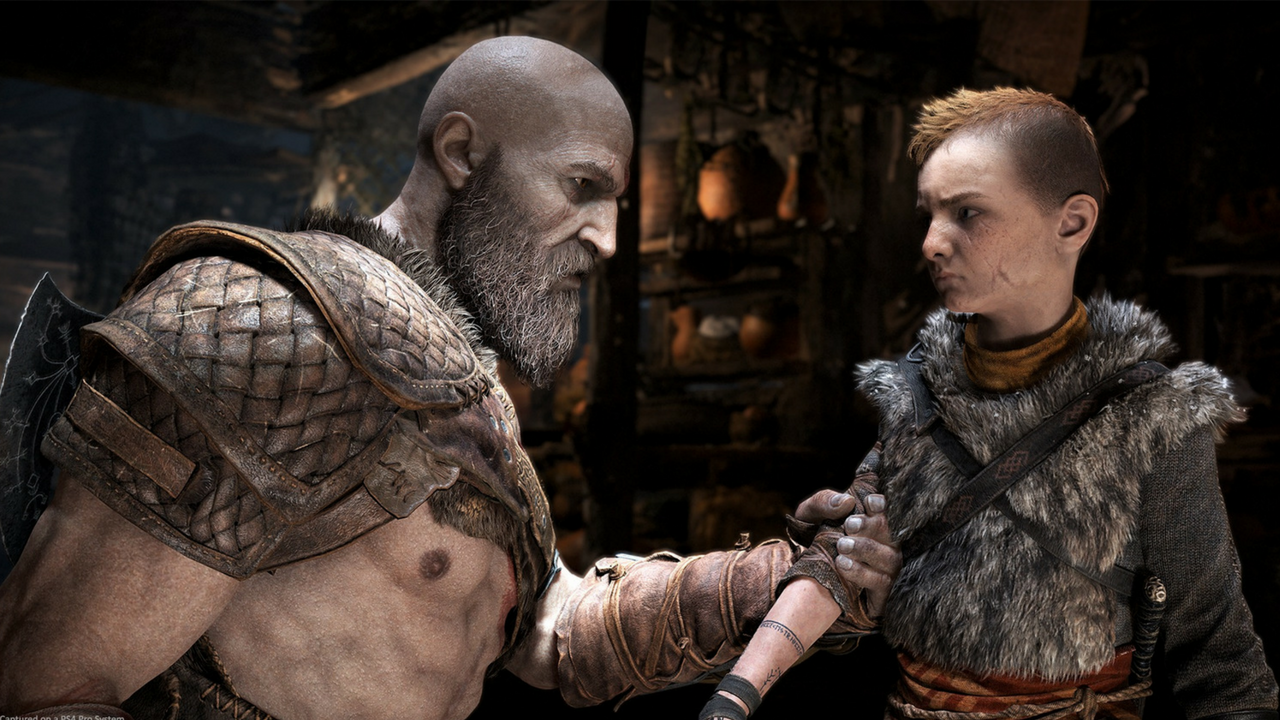 Kratos may have killed his first family by accident, that didn't stop him from getting with a brand new lover. After leaving his days as a Greek god behind, he made his way to Midgard to lie with his new wife: Laufey, also known as Faye, a giantess who bore Kratos's son Atreus. This made Atreus (Loki) half-god from his father's side, and half-giantess from Faye, a fact that the pair never disclose to their child. This makes for a decidedly difficult upbringing when Atreus begins to understand exactly what he's capable of, and how important his heritage is. When he discovers he's half-god, as is his father (which was never relayed to Atreus) he becomes reckless and haughty. This prompts Kratos to teach him why he shouldn't behave this way, and what gods can really be, inspired by the nightmares of his past.

The themes of starting over and redemption are clear holdovers from the previous games, as Kratos does his best not to squander the bond he has with his young son, even though the atrocities of his past threaten him at every turn. Near the beginning of the game we see illusions of his past through visions of Athena, and even Zeus, who appears to Kratos as he travels to the realm of death, Helheim.

Later in the game, Kratos even has to take up the Blades of Chaos that once chained him to Ares in order to save Atreus. It feels like a return to the past that he swore he wouldn't repeat. As you play through the game, you realize how cyclical life truly is, as Kratos finds himself seeing specters from his past come back into view again and again. He's faced with losing his son just as he lost his daughter, his second wife, and even his handle on his rage. Though he's a changed man, it seems, the several callbacks to his hellish past come full circle to make for an engaging and thoughtful narrative that'll have you wondering if you're ever really able to escape your fate, whether you're a human or a god.

Know what else you can't escape? Heading over to our God of War Wiki and poring over it for the answers to any burning questions you may have about the game. Hopefully this guide cleared up some of the connections and how the old games reconcile with the new God of War, but if you want more, be sure to check out the Wiki for all your Kratos-related needs!