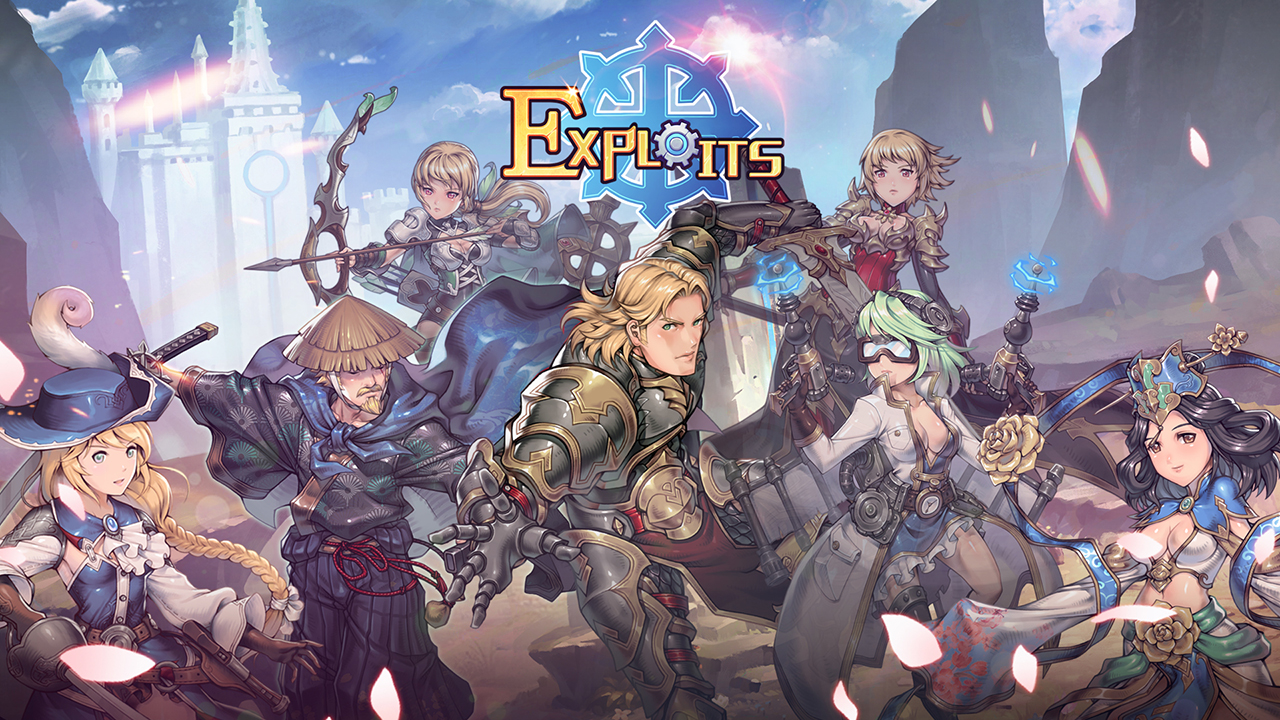 If you’re in the market for a mobile game that’s not going to drain your brain with mindless tapping or drain your bank account with time-extending microtransactions, you’ll enjoy Exploits.

Exploits is an upcoming mobile collectible card game (currently in closed beta) that’s part Hearthstone, part Final Fantasy Tactics and offers two different styles of play. You can build your deck and face off against online opponents, or choose the story mode and progress through the world of Reveria while solving tricky combat puzzles. Read on for some impressions based on a few hours with the beta version.

The game starts with an extensive tutorial that guides you through basic information — how to cast spells, how to attack, how to move, etc. If you learn by doing, the tutorial can be a bit frustrating, but it doesn’t cover everything so there’s still enough left out for you to discover on your own.

In fact, I appreciate the level of trust Exploits puts in you to figure it out. A lot of the card keywords aren’t analogous to other digital card games leaving it up to you to figure out what they mean and how they work in-game.

After the handful of tutorial matches that introduce you to the different generals and the factions they command, you unlock PvP mode, gaining access to your deck, referred to as a Warband. Form there, you customize your warband and play against others online.

A Warband consists of one General, three Captains, five Mercs at four copies a piece, and five armament cards at two copies a piece. Building a Warband is fairly straightforward — synergize your spell cards with your mercs, prioritizing anything that gives or triggers your units’ various keywords.

You have a general with a health pool and a larger, global health pool called morale. Play spells, attack with your units and be the first person to deplete their enemy general’s health or overall morale in order to win. Enemy generals have much smaller health pools than an enemy’s overall morale, so all of my PvP wins have come from focusing the general, though there were a few close matches. Winning earns you a higher rank and resources you can use to purchase cards or upgrade cards into their rare and epic variants, granting them increased stats.

After a few games in PvP mode, story mode unlocks. But "story mode" is a little deceptive. The game's single player experience is more akin to a puzzle mode. You’re given a General, a set number of cards, and one turn to defeat your enemy — it's up to you to figure out the best combo of cards it takes to win. While building and testing your own deck against others is fun, I enjoyed Story Mode more since victory relies more on your understanding of the game. The puzzles get even harder in Trials mode, so be prepared to get stuck. But if it's too much to handle there is plenty to do in the regular story mode before you'll even approach running out of content.

The game is still in closed beta so expect connection errors and some translation errors (it’s a Chinese developed game). In it's current beta form, it's unfortunate that higher level cards are available to for purchase directly with real money. Without the element of randomness you get from buying card packs, the game will skew towards pay-to-win for those who are more interested in the PvP mode. Perhaps that will change in the future.

Overall, Exploits is enjoyable. It’s a good mix of the standard mobile game experience with daily quests and login bonuses combined with the kind of mental challenge you’d expect from a standard PC or console combat card game. Stay tuned to the official Exploits wiki for more information regarding release dates, cards, tactics, and more.