The massive Season 4 update of Fortnite: Battle Royale brought some dramatic changes to the map we knew and love. Whole locations were blown off of the map, replaced by massive craters. Many of these destroyed locations now sport glowing purple stones that grant new, superhero-like leaping abilities when picked up, which goes hand-in-hand with the new season's superhero themed Battle Pass (not to mention the limited time Infinity Gauntlet mode). The superhero theme also pops up in one more place: in the form of hidden superhero hideouts throughout the newly updated map. We don't know for sure how many hidden lairs there are, but here are the ones we've found so far. 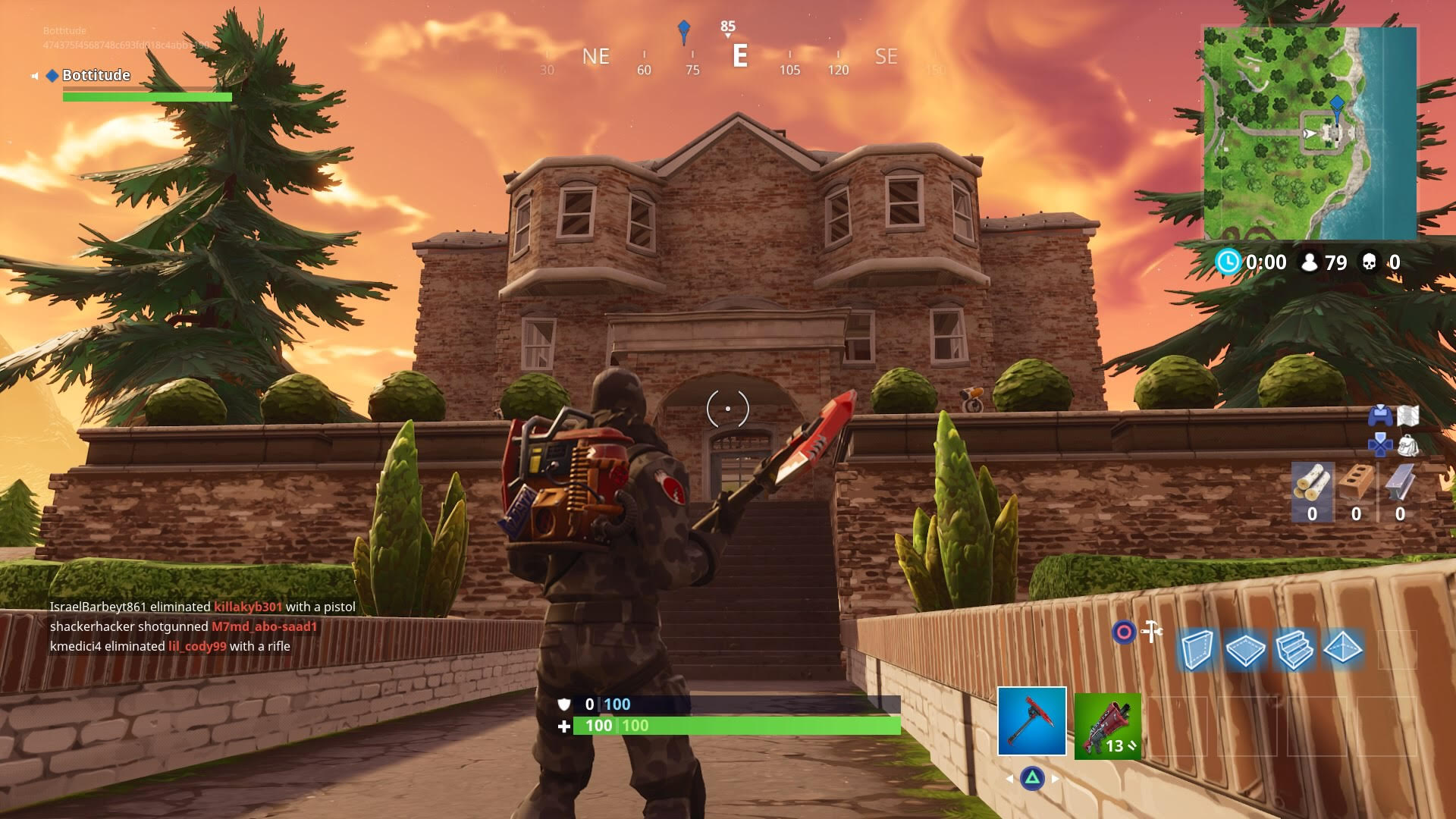 Right along the edge of the cliff south of Lonely Lodge is a Wayne Manor-esque mansion over looking the sea. It's about as opulent as you can be in a post-apocalyptic wasteland. Walking through the main entrance, you'll be greeted with pretty standard Fortnite fare — a foyer with some doors separating you from rooms like the kitchen and bathroom, as well as a pair of stairs leading up and two leading down. One of down-leading staircases has a bookcase in front of it, while the other finds its bookcase shoved into the wall behind it. Peculiar.

When you go to the basement, you'll notice the motif changes from squalid reminder of the fleeting nature of material wealth to the very online-looking headquarters of some sort of vigilante. His symbol is emblazoned on the wall, a mask sits on a desk near a drawing table and several dark monitors look primed to be used to invade privacy for the sake of justice. But where is the man himself? We may never know. 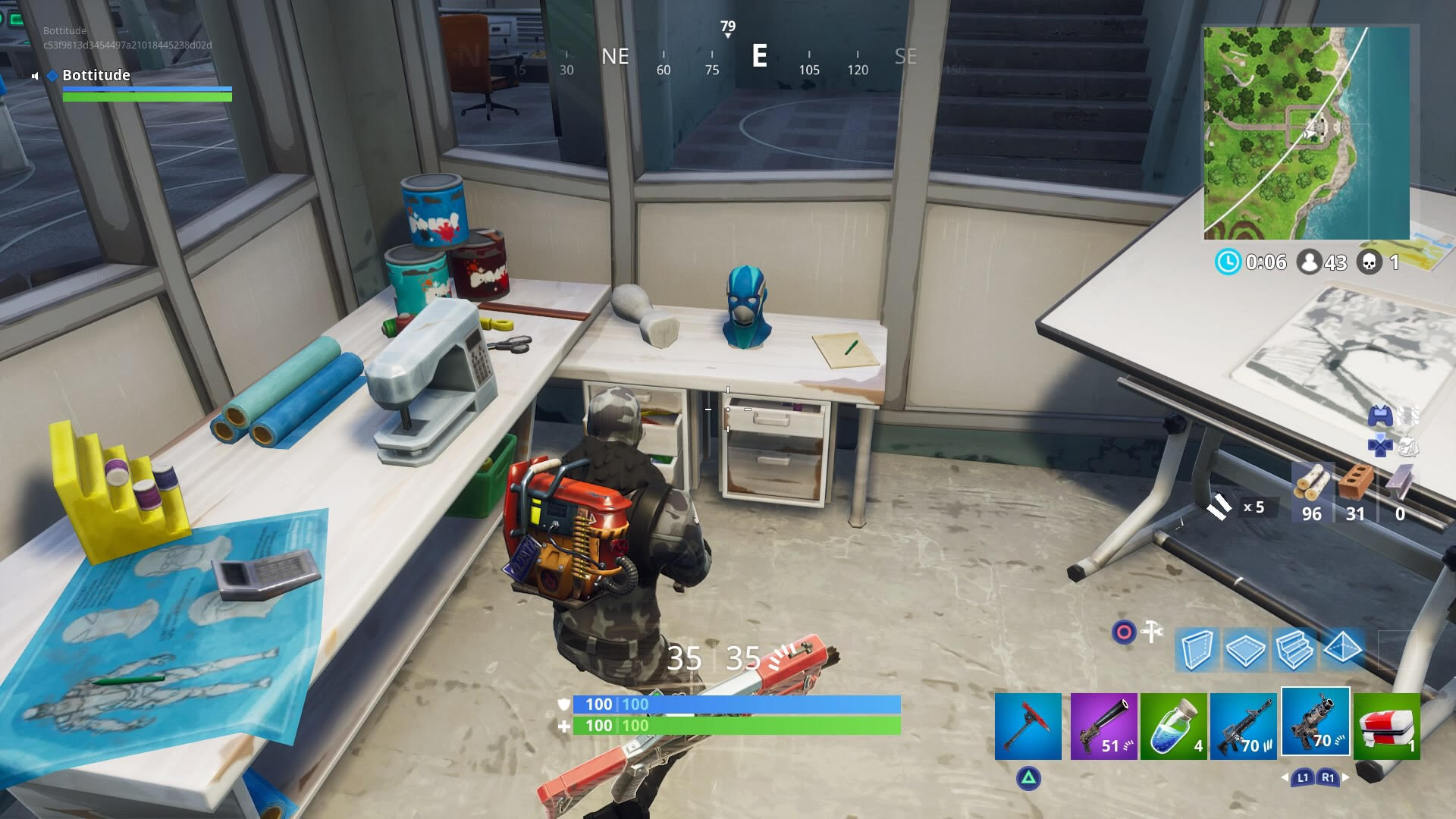 But that's not important, because it seems like he left all of his goodies in his command center. There are often times several chests in this basement, including one under the symbol on the wall, one in a locker room hallway nearby, and one in what looks like a garage for some sort of crime fighting vehicle.

If you return to the main floor and go upstairs, you'll see several more rooms that are relatively normal, as well as some stairs leading to a third floor. Up here is another symbol on the wall (with another chest under it), some work out gear, and a great view of the ocean. Very sentimental, this guy. 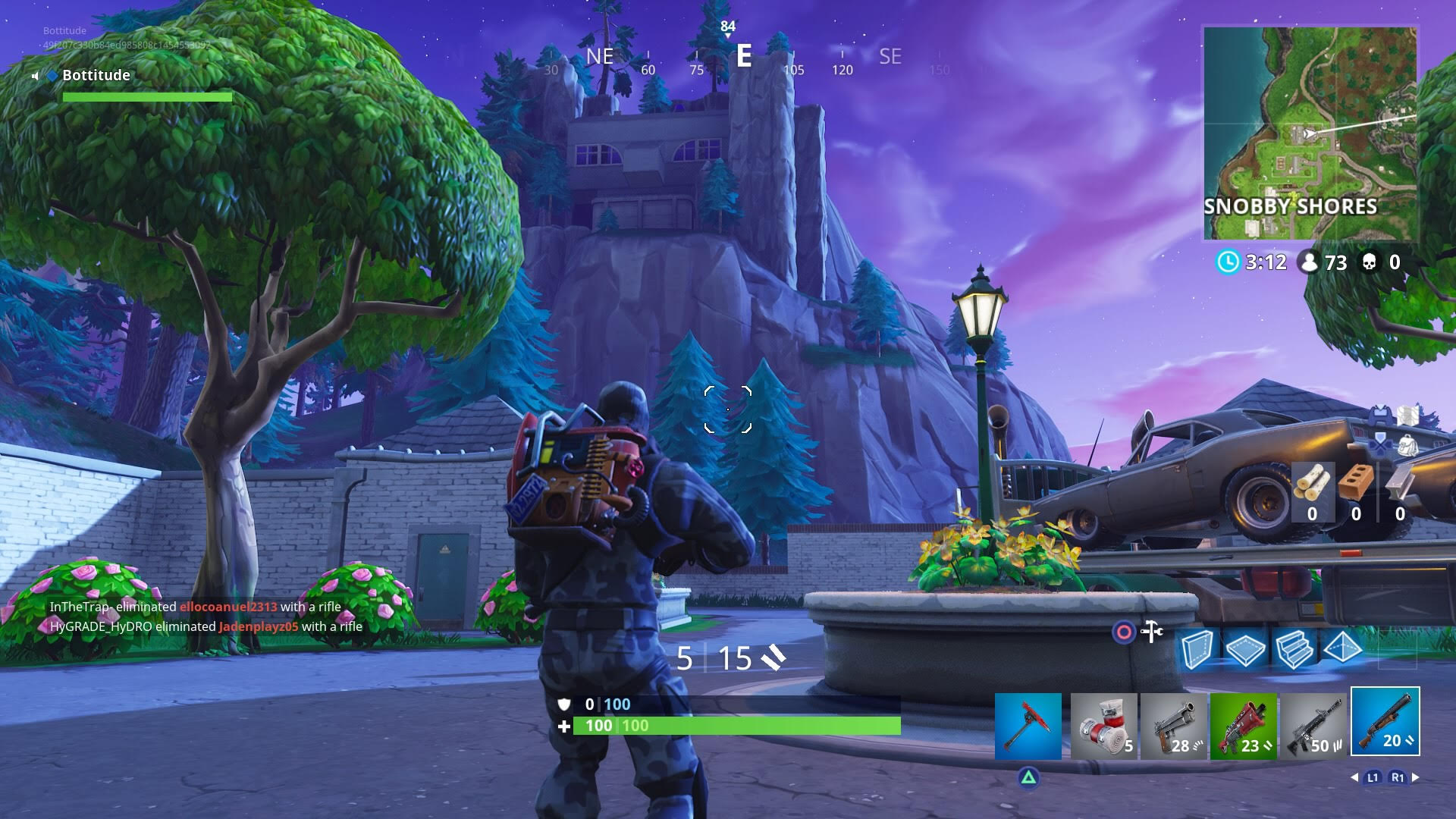 Another suspicious super dungeon rests nestled in a mountain formation just east of Snobby Shores. If you land in any of the mansions on the shores and look to the mountain, you'll see the visage of what kind of looks like a skull in the side of it looking back at you. I'm going to assume that means he's a bad guy.

The best way to get to it is to actually land on the rock itself and work your way to a landing, where you'll meet a giant missile, which may or may not confirm previous villain suspicions. Don't waste your time shooting it — it's indestructible. You can jump into the silo here to go straight down to the bottom and risk fall damage, or you can enter via a door in the mountain under an overhang.

Inside the base are some peculiar finds. There are a good amount of chests; one in an empty pool, another near a big purple logo under a banner in the main room. There's a garage full of purple station wagons, which I can only assume is for henchmen (but can also be home to a chest). There's a room with rotten sleeping bags and trash on the floor, which I can also assume is for henchmen. There are a lot of nooks and crannies to this hideout, so be diligent. 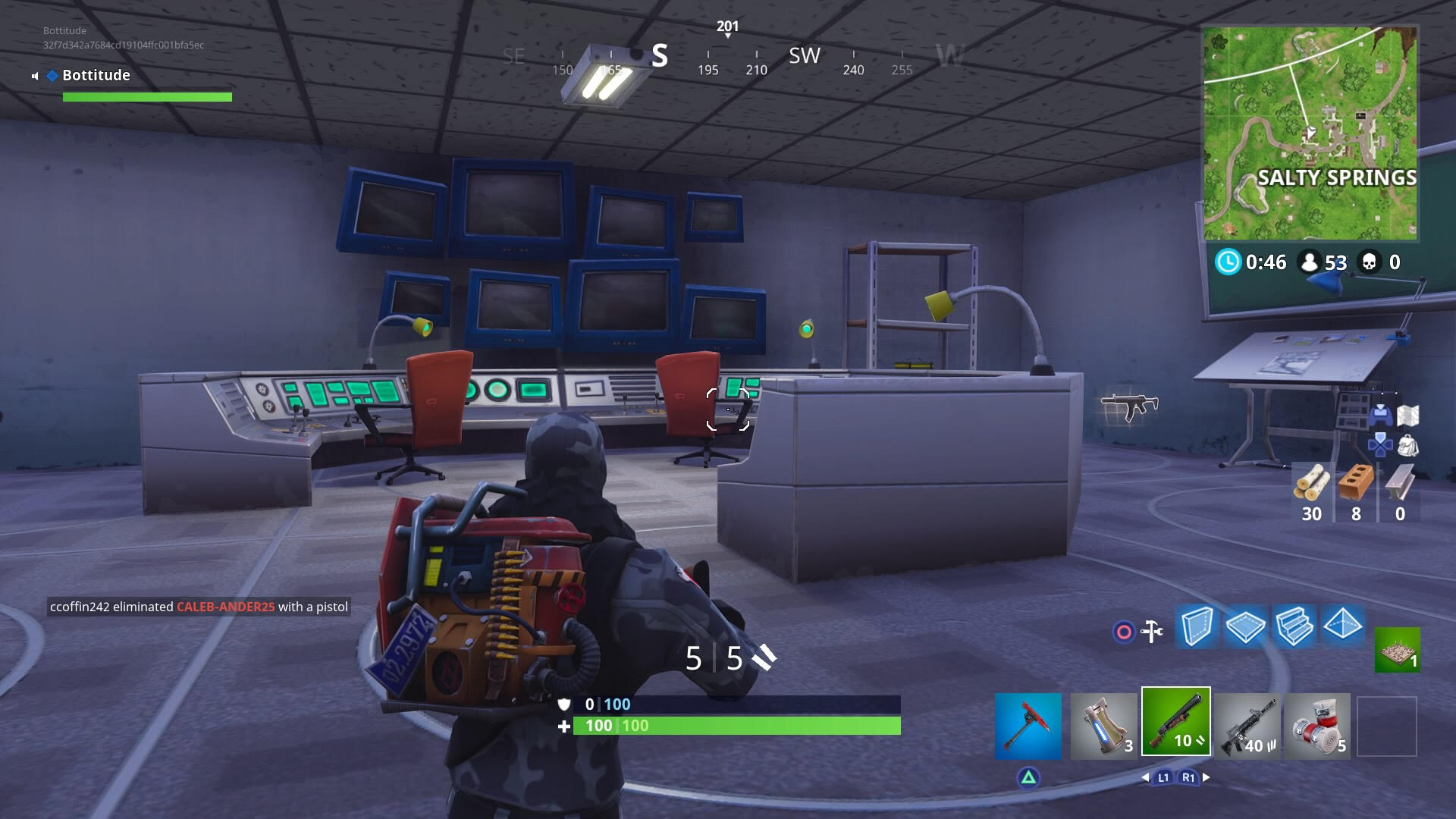 It's hard to say for sure if this is the secondary base for the mansion hero, or just a smaller primary base for a completely separate vigilante, but this basement hideout rests under the house with blue interior paint in Salty Springs.

It looks completely unassuming at first glance, but under a staircase that leads upwards is a bunch of debris. Clear it out with your pick axe, and you'll see a hole in the floor. Drop down in it and you'll see a command center with a long desk and monitors like the ones in The Mansion. There isn't much more to see than this, and a chest, but be mindful that the way you came in is the only way in or out, so tread carefully.

Who these lairs belong to is not yet known, and this looks like the first of what may be many updates adding mysterious locations to the map spontaneously. Everyday this information is changing and updating, so be sure to check out the Fortnite Wiki for the latest. Have you find hidden lairs not detailed here? Let us know in the comments below.