If you've been spending time online in your favorite gaming community, chances are you've heard about a new game from Hi-Rez Studios called Realm Royale. You've probably seen it rising on the Steam charts and attracting attention here and there, especially since popular Twitch personality Ninja began streaming it not long ago. But what exactly is Realm Royale, and why should you care? How is it different from the other battle royale games out there, of which there seems to be another every other week? Is it worth jumping on the bandwagon because everyone's suddenly talking about it?

In a word — yes. It's a potent mixture of Fortnite, magic, and wizardry, and it's well worth testing out. Here's what you need to know about Realm Royale.

What is Realm Royale? 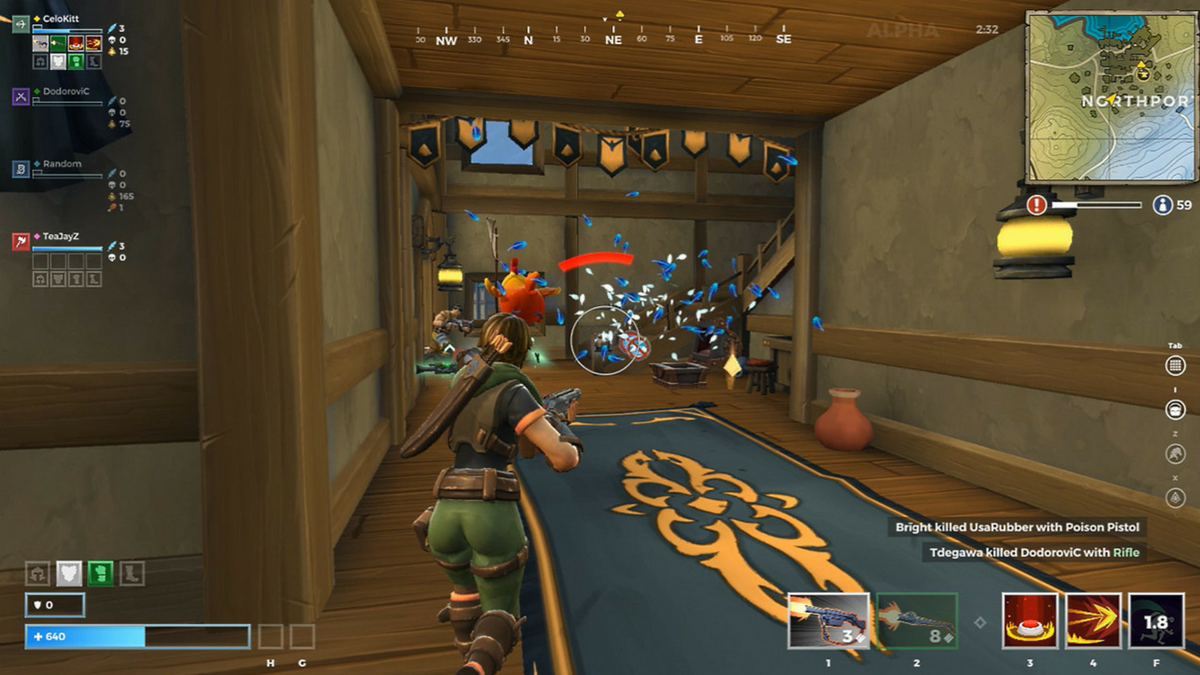 Realm Royale is a new free-to-play battle royale third-person shooter. Formerly known as Paladins: Battlegrounds, it's Hi-Rez Studios' latest project, which just released via Steam's Early Access program on June 5, 2018. Currently it's only available for PC players, but it'll be coming to both PlayStation 4 and Xbox One in the future. It's a completely reworked attempt from Hi-Rez to break into the genre, and as a result it's addictive, hilarious, and a whole lot of fun.

If you don't like the out-and-out silliness of games like Fortnite or the realism of PUBG, you can find a middle ground here with Realm Royale, especially with its tendency to borrow from Western fantasy and artwork that calls forth games like World of Warcraft.

What Sets Realm Royale Apart From Other Battle Royale Games? 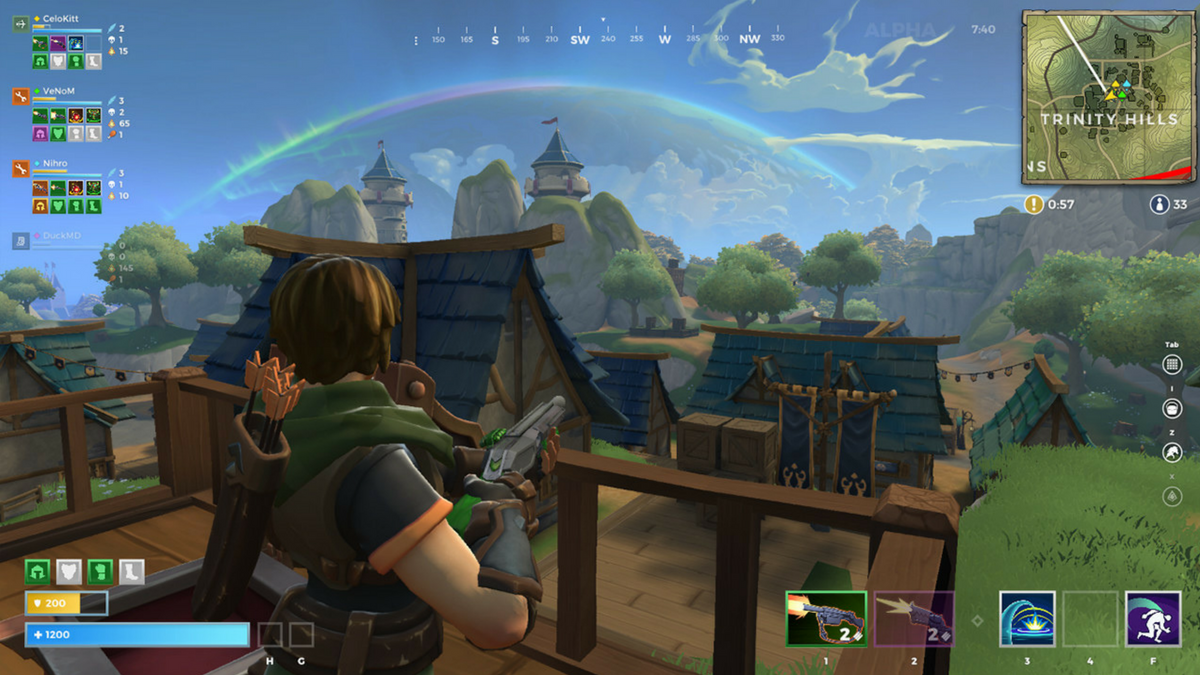 Things in Realm Royale start a little differently than in other popular battle royales. You don't parachute or glide into the map, but you do skydive down into the play area, landing gracefully like the superhero you apparently are, without taking any fall damage. While the land around you looks normal enough, it's actually quite different. It's rife with fantastical items like potions, weapons, and armor as well as sights unlike anything you've seen in PUBG or Fortnite. It also melds classic RPG elements with battle royale mechanics for a wholly unique experience.

There are also five classes to choose from, which you'll select at the start of the game: Warrior, Engineer, Assassin, Mage, and Hunter, each with their own unique passive abilities. The Warrior is great for beginners, whereas the Mage might be a little more difficult without the Warrior's health recharging buff. Just like you would in an RPG, you've got to figure out which class you'll flourish with, and it adds a new layer of strategy to a genre that otherwise seems to follow a similar formula.

How Does Realm Royale Play? 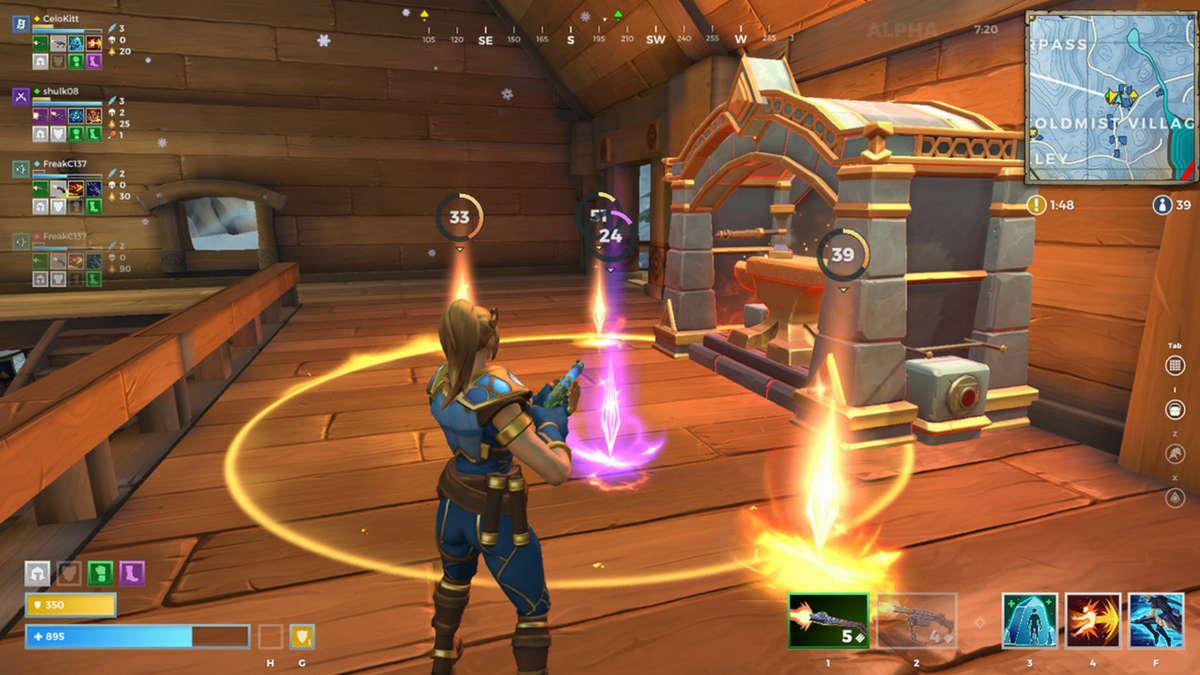 The game plays similarly to other battle royale games, but as previously mentioned, you'll pick a class. Depending on what you choose, your actions will be much different from a player of a different class. If you choose an Engineer, for example, you might want to play with a group of four to help keep the others' safe. If you choose to play as a Warrior, you can get away with flying solo. It's all about playing to your strengths, especially since not all characters are created equal in this game, and neither are their legendary weapons or other sets of skills.

To that endyou can also craft in this magical new battle royale to obtain said legendary weapons and other goodies. To craft gear, you'll need to seek out a forge at the landmarks on the world map. While there, you can use Shards to craft Legendary items as well as potions. As you rack up items in each round, you'll get closer and closer to amazing items you can equip your characters with that'll turn the tides of battle in a real hurry.

You can also find and utilize mounts in Realm Royale, which is currently limited to horses (there are likely to be more types of mounts in the future. This will let you travel from point A to point B in a much more expedient manner, and you'll look cooler than chilling in a shopping cart while you're at it. They're a great way to reach your teammates in a hurry, and you look a whole lot more epic on them, too!

Interestingly enough, when you're downed in Realm Royale, it's not game over at first. You get a fighting chance to stay in the game, albeit in a very odd way — you'll be turned into a cute little chicken carrying a "surrender" flag. If you can stay alive for 30 seconds while in this tiny chicken body, you'll be back in the game, resurrected and ready to lock-and-load. You can't take much damage at all (you're a defenseless chicken), but at least it gives you a "last stand" so you can get back in and exact your revenge on whoever took you out.

Realm Royale is a treasure trove of new and intriguing mechanics folded into the battle royale genre. It's got a little something for everyone, even if you think you've seen everything. You're going to start hearing a lot more about this game in the future.

If you have any other burning questions, be sure to high-tail it on over to our Realm Royale Wiki, where you can learn all about the newcomer to the battle royale ring and sharpen those skills.