Ever since the end credits rolled in Fallout 4, fans have been patiently waiting for their next glimpse at what was next for the post-apocalyptic RPG franchise. Though rumors flew left and right about whether we'd see Fallout 5 or something new entirely, the days leading up to E3 2018 changed everything with the announcement of Fallout 76.

It was quite the shocker that Fallout 5 wasn't next up on the list, but that was nothing compared to the fact that the next game in the series wouldn't be a sequel, but rather a prequel. It's also flipping the script entirely on the Fallout series we know, and taking the franchise entirely online. Though Fallout 76 isn't releasing until November, thanks to Bethesda's E3 press conference and post-E3 interviews, we have plenty of details on what players can expect come launch day.

Fallout 76 is the latest entry in the long-running role-playing series Fallout, with the last release, Fallout 4, releasing in 2015. It acts as a prequel to the entire franchise, which has not been attempted before with in the game's universe. It's set in the state of West Virginia in 2102, 25 years after the Great War, when all nuclear-capable nations ended up launching their atomic bombs against each other and wiping out most of human civilization.

Fallout 76 will find players stepping into the role of a custom-created character who was one of the first to be sealed into the titular test vault 76, emerging in the year 2102. As such, it will showcase a much different side of the Wasteland than players may be used to, as human civilization hasn't yet begun to rebuild and the world isn't an irradiated hellscape just yet, despite the fact that it's been mostly obliterated. It should make for an interesting dynamic, especially since things should look and feel differently from past games.

How will Fallout 76 be different from its predecessors? 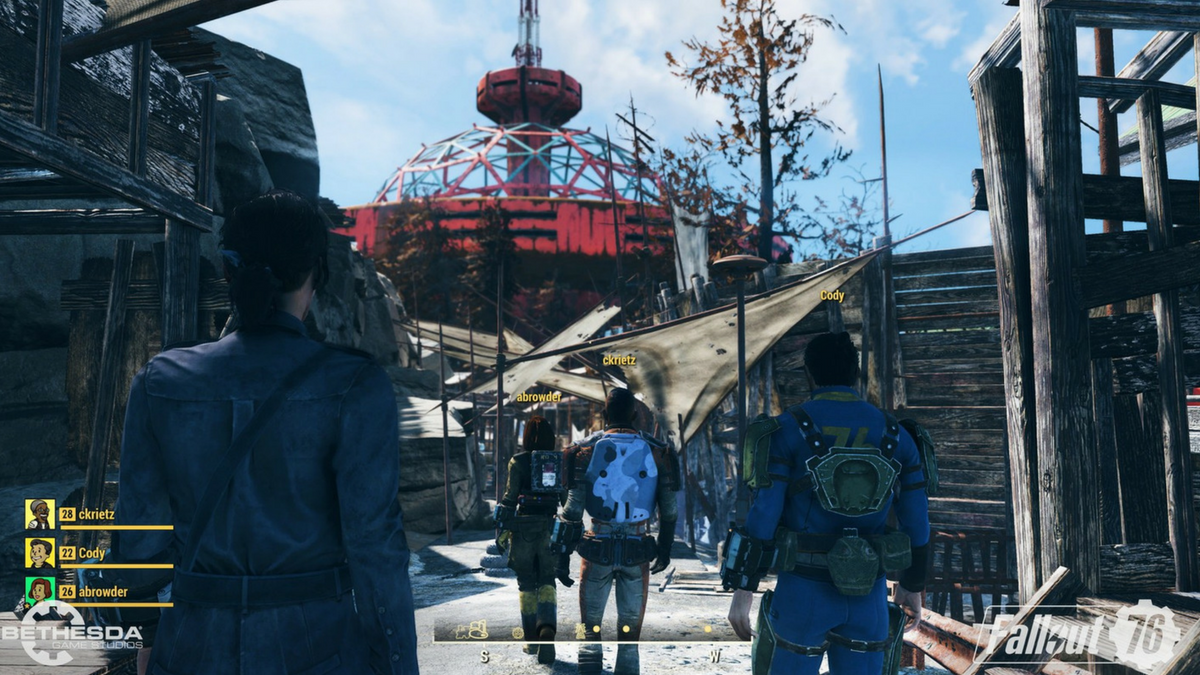 The main difference with Fallout 76 will be that it takes place solely online. There will be no human NPCs roaming the world. While you'll face off against tons of different monsters, all humans will be real people playing the game alongside you. That makes Fallout 76 categorically an MMO of sorts, but Bethesda hasn't really elaborated on how quests and other missions will work. The company has also stated that it is neither a battle royale or MMO title, so take that for what you will. The game will support 24 to 32 players on a server, but given the size of the game, which Bethesda has stated is four times larger than Fallout 4, you may not see that many folks roaming around anyway.

Luckily, you can still earn XP and progress through different levels normally, and you can turn PvP play on or off, with a bounty system available to take on players who attack others. But that may not help you in the case of nuclear warfare. Fallout 76 will allow players to search the world for launch sequence codes. When one is complete, you can fire up a launch sequence and fire a nuke at will on any spot of the map. Not only will this make for some devastating damage, but it'll even irradiate the area and leave folks unable to visit for quite some time. There will also be some insanely high-level mutants found there for a while, so nuking will clearly be a double-edged sword.

The game will also place more emphasis on crafting and survival elements, in contrast to the previous Fallout games, which were always more about following the story path laid out in front of you.

You'll be utilizing the same kind of settlement features as previously showcased in Fallout 4 to rebuild the world and (hopefully) see humanity flourish once more. Bethesda has revealed a new C.A.M.P. (Construction and Assembly Mobile Platform) system, which lets you build structures anywhere on the map that you'd like — no more designated building areas ie Fallout 4. You can also tackle co-op building, add defenses to your building like traps, turrets, and other constructs in order to keep weird creatures like the Mothman and other ghastly creatures inspired by West Virginian folklore out of your base.

It's also important to note that V.A.T.S., or the Vault-Tac Assisted Targeting System, will simply take place in real-time rather than slowing things down a la Fallout 3 and Fallout 4. It can be leveled up as you go along. The massive alteration is due to the fact that Fallout 76 is inherently a multiplayer game now, hence the fact that you'll be playing with real human players most of the time.

Will Fallout 76 feature any DLC or microtransactions? 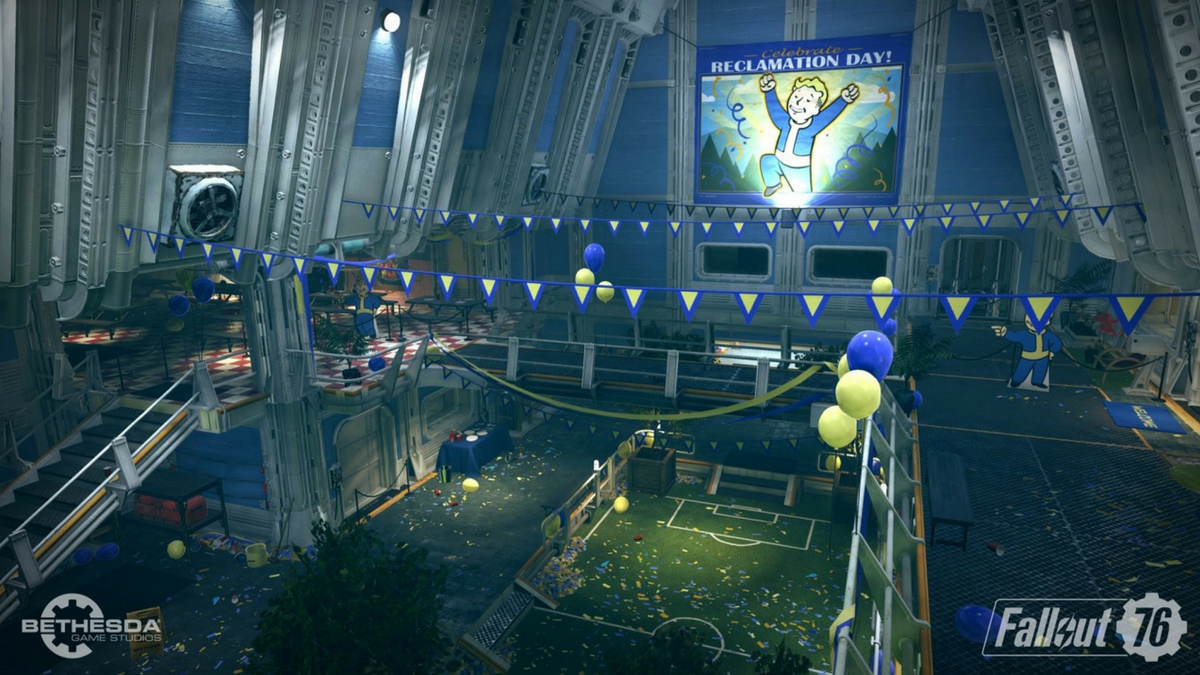 There will also be free DLC updates coming down the pipeline, as Fallout 76 fits firmly within the confines of the "games as a service" model. Bethesda hasn't said anything about any paid updates in the future, but it looks like at this point they aren't in the cards. Luckily, there will eventually be mod support, so players will be able to tweak the game to their heart's content — just not when the game launches.

When can you play Fallout 76? 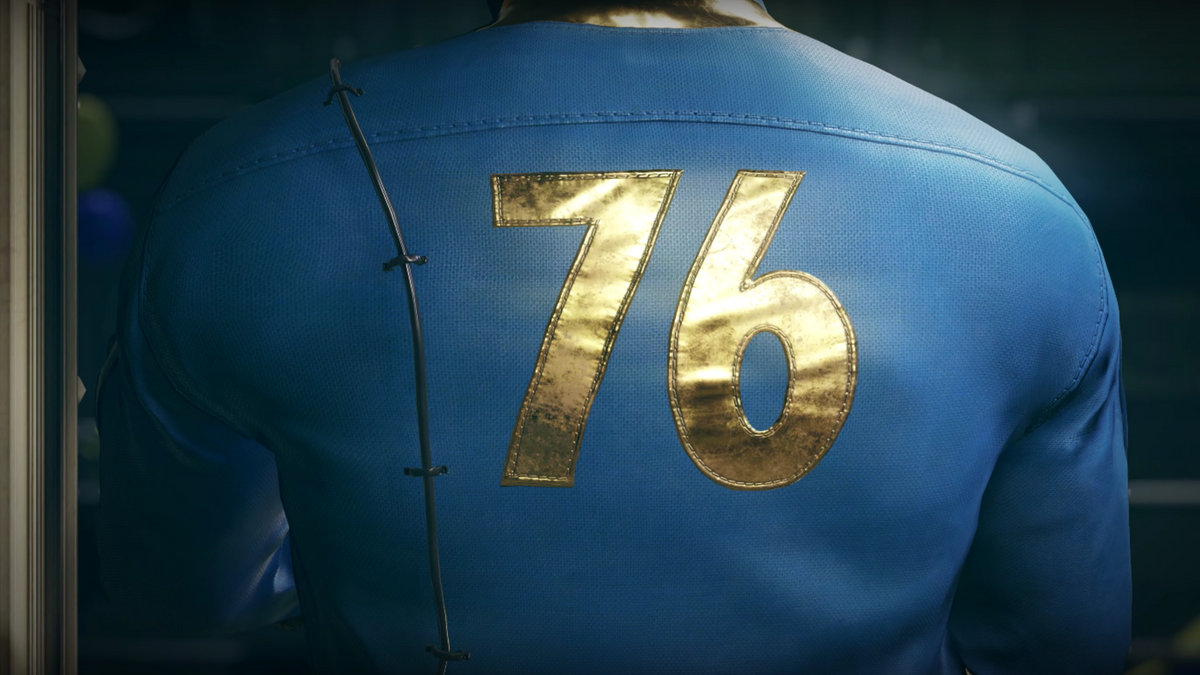 Fallout 76 launches on November 14 on PlayStation 4, Xbox One, and PC. However, the game will have a beta (or if you prefer the Bethesda name for it, the B.E.T.A., which stands for Break it Early Test Application). You'll need to pre-order the game if you're interested in giving it a try ahead of everyone else, especially on Xbox One, as the beta will come to that system first. Unfortunately, there's no set date for the beta just yet.

Ready to settle in the hills of West Virginia? Make sure to check out our Fallout Wiki for more information on everything Fallout, including Fallout 76.