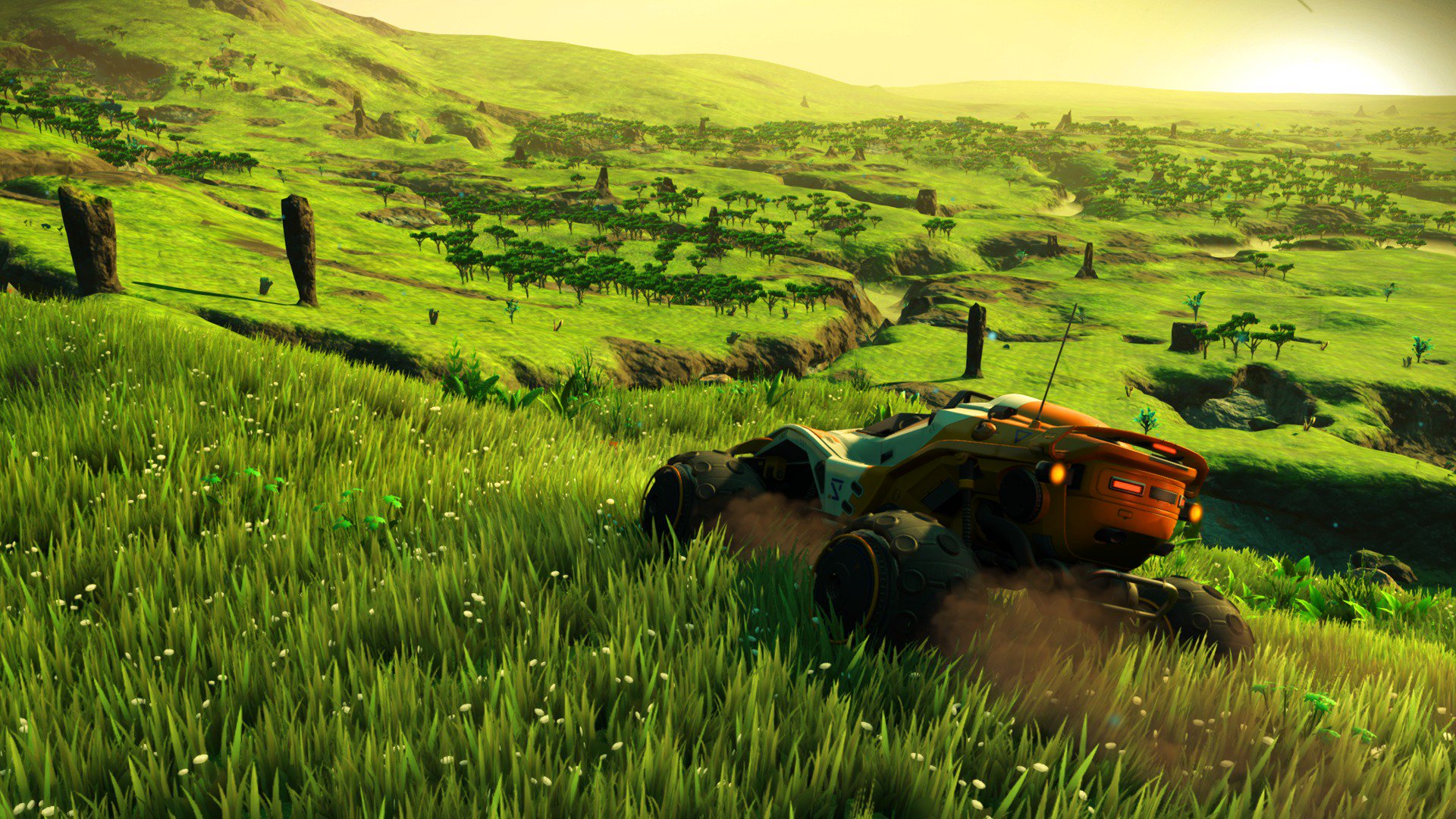 The surprise redemption story of the year might be that of Hello Game's No Man Sky. In 2016, it launched to a gravity well of criticism, mostly to the tune of the game not being what was promised to them. The pushback at launch by folks far and wide was enough to drive Game Director Sean Murray off of the internet for awhile. He wasn't hiding, though. He was looking for a way to make it right. A year later, a dump of content came out that added some of the features people were most looking for initially — more elaborate story elements, base building etc. It appeased some, but there was still work to do. Then came this announcement in March that No Man's Sky was going to get a dramatic overhaul, and very soon.

Soon is now, and No Man's Sky NEXT is here. It's safe to say that the speculation was correct — this is the game's biggest update yet and dramatically changes how you play it. Time will tell if it becomes the game everyone expected years ago, but there's plenty of reason to dip your toes back into this endless collection of ecosystems. Here's a rundown of the biggest changes. 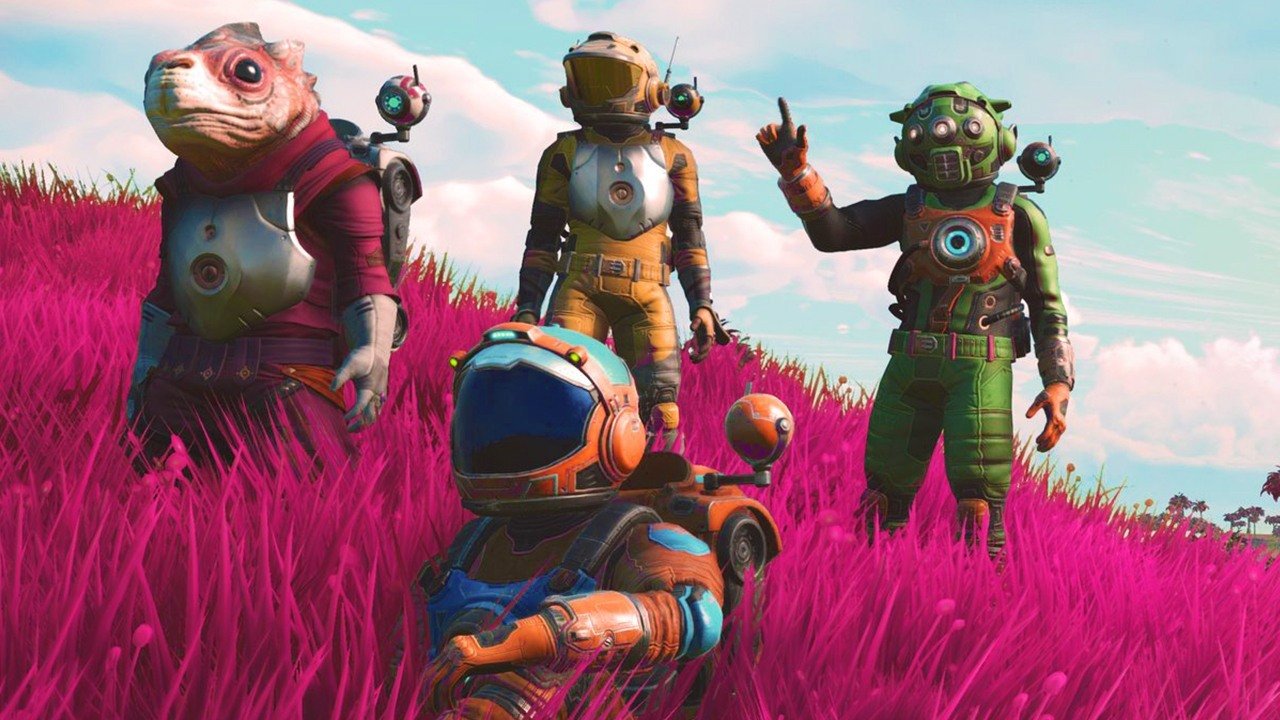 Maybe the biggest addition is the multiplayer, allowing for the tandem exploration of space's more colorful bits that players assumed they'd get at launch. After customizing your avatar, players can harvest together, build bases together, swap items between one another — its a fully interactive experience. You can play through any of the modes in multiplayer, be it exploring the main story line or adventuring through survival. You can also just antagonize the strangers you meet in your journey, trapping them in caves with your terrforming gun, or just watching them slowly get consumed by nature like a sociopath. Whatever makes your galaxy more colorful, I guess.

Parties themselves can be up to four players large, and everything you've accumulated so far in the game will come with you in this new expansion. Your high-end gear will make you a flashy target for the jealous type. Also, your party doesn't have to be confined to the same location. Once you join the game and initially spawn on a player in the party (who will have to be using a character created in the same game mode), you're free to go where ever you want. And that person you spawn on isn't necessarily the party leader. In fact, there aren't any, as far as privileges are concerned.

Speaking of customizable characters, you can now change the look and color of your helmet and suit. You can also change your species! This is clearly the best way to take advantage of the new defaulted third person camera. It gives you a new sense of perspective and scale when platforming. It also can be changed back to first person if you like. The HUD has been updated so that it's less intrusive and more helpful in both modes. 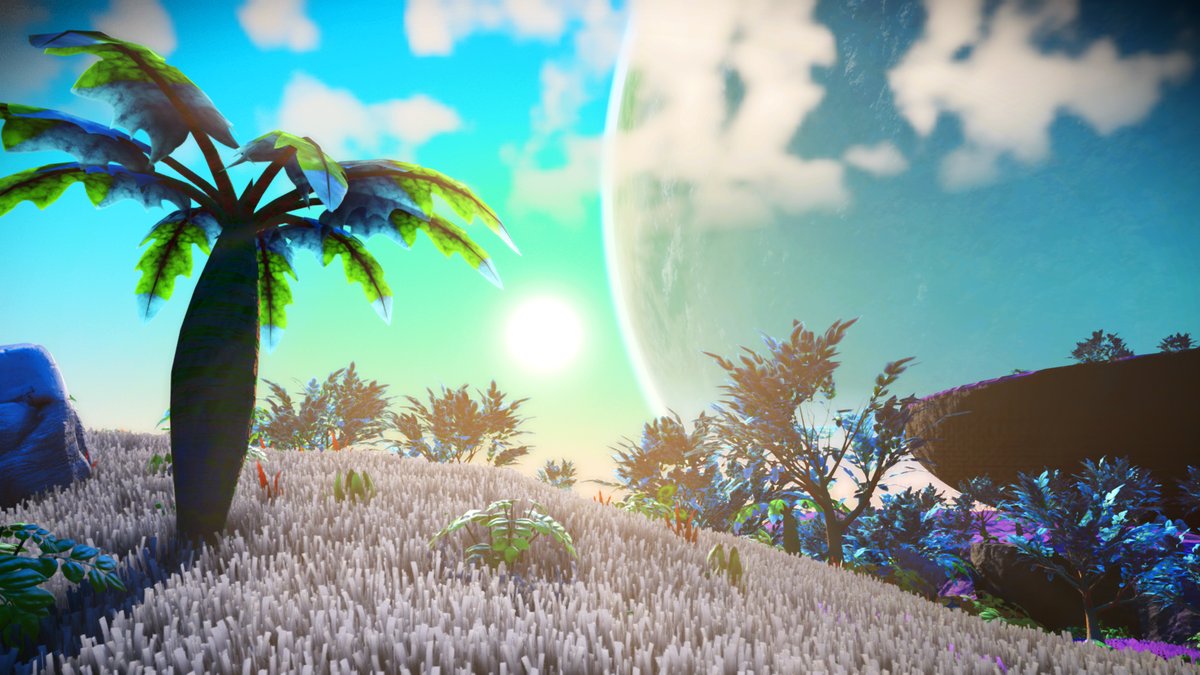 Hello Games would add base building to No Man's Sky pretty quickly after launch, but there was a caveat: you could only enhance the buildings that were already there. In NEXT, bases be built wherever you prospecting heart desires. Build an underwater stronghold or a tower balancing on floating rocks. Whatever feels right and looks most impressive. Building quests now allow you easier ways to earn new building pieces, so you can amass a collection that is a small piece of the over twenty thousand assets you can build from. Ownership of the building belongs to the person who plants the first piece, but everyone can contribute should they want to. 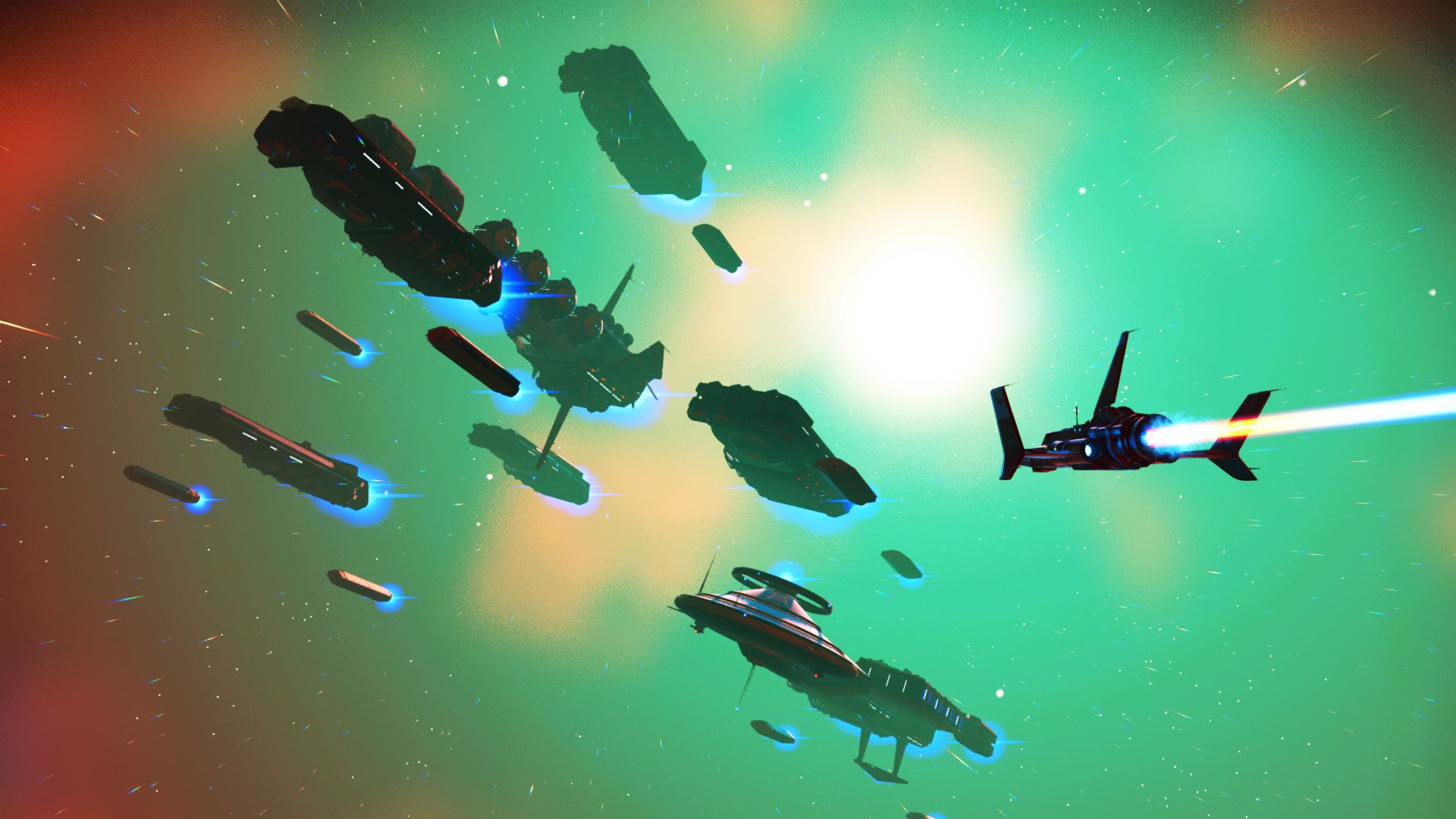 Previously, players with the assets could own freighters and use them to zip around the galaxy quickly and also have quick access to NPCs and the like. Now, you can buy multiple freighters, and send them out on individual missions to earn resources and gold while you're out doing other things. Though all personal space crafts are single-seaters, parking a bunch of them in freighters may be a way to move you and your friends around space together.

There's never been a better time to get back into the galaxy exploring business. If you own the game on PC and PS4, the free update goes live today. Xbox One owners can now purchase the game as well in either physical or digital form. If you want to know more about No Man's Sky NEXT, fly by our No Man's Sky Wiki!