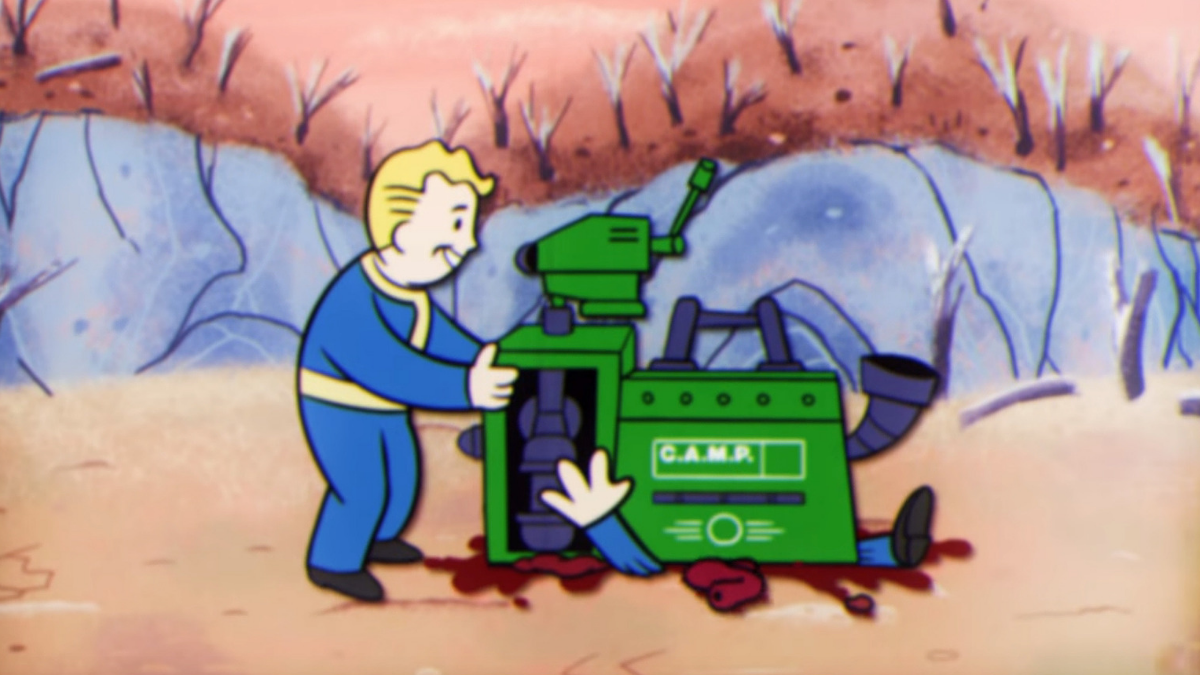 Fallout 76 is very much a game where you'll be expected to know how to build things if you want to make any progress. It builds upon the very same crafting and base building seen in Fallout 4, so if you spent some time with it there, at least you aren't starting from scratch in Fallout 76. For everyone else, you'll want a refresher as far as what you need to do to build your own camps and settlements in-game so that you have an efficient safe haven of your own to come back to.

At the beginning of the game, all players will get their very own Construction and Assembly Mobile Platform, or CAMP, that will act as their main "base." The extremely useful little gadget can be moved around and placed nearly anywhere you desire. You can't place it near other buildings or camps from other players, but everywhere else is fair game.

Essentially, your CAMP gives you a mobile base that lets you create the foundation for which you'll start building things with. If you have to move, you can pack up and take it with you elsewhere. Using the new Blueprint feature, you can save your home and build it again without having to go through the motions a second time, which is a real boon just in case you get obliterated by an errant nuke.

When you place your CAMP, you can start building your own little corner of the game. It's your home away from home, and you can build structures limited only to your imagination and the resources you have at your disposal. Keep an eye on your "Budget" gauge seen at the top right of the screen. When you've found a suitable place for your CAMP, it's time to start building!

What to build with your CAMP and base 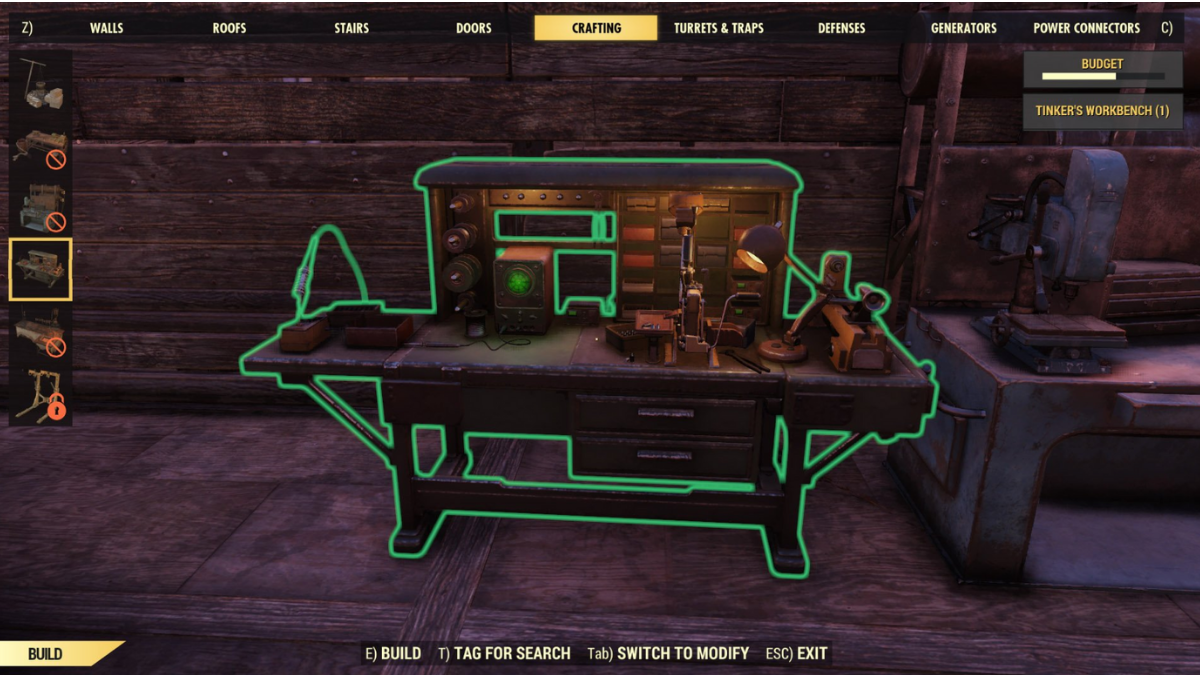 When you've placed your CAMP, there are a few different things you should try to build first. Create a Workbench, because you're going to be spending a lot of time there modding weapons, repairing them, and otherwise tinkering with the items you find while out in the wasteland. If you find a weapon that you enjoy using, this way you can always come back to your home and fix it up, good as new.

You can also break down junk here into scraps, which you'll absolutely need to do if you want to avoid the dreaded "overencumbered" debuff. Essentially, this means you can't carry any more and you'll be weighed down by the stuff on your person. Try to avoid this as much as you can by using your CAMP and building to store it, which can hold up to 400 points of materials.

Of course, a home isn't a home without a bed, either. Make sure you build one in your CAMP so you can rest there and regain health. This way, if you're low on healing items, you can retire to your home in the woods (or wherever you build) and sleep on a clean mattress without having to worry about the threat of disease — this is a very real thing you have to worry about while exploring the wasteland, believe it or not, so try to avoid it at all costs.

With a bed and a workbench, you've got the essentials for survival, but you could always add something extra for survival. If you have the Budget and resources, consider building a turret by the entrances and exits of your CAMP base to keep the nasties away, or at the very least give you a heads up as to when you might expect one to start sidling on up. 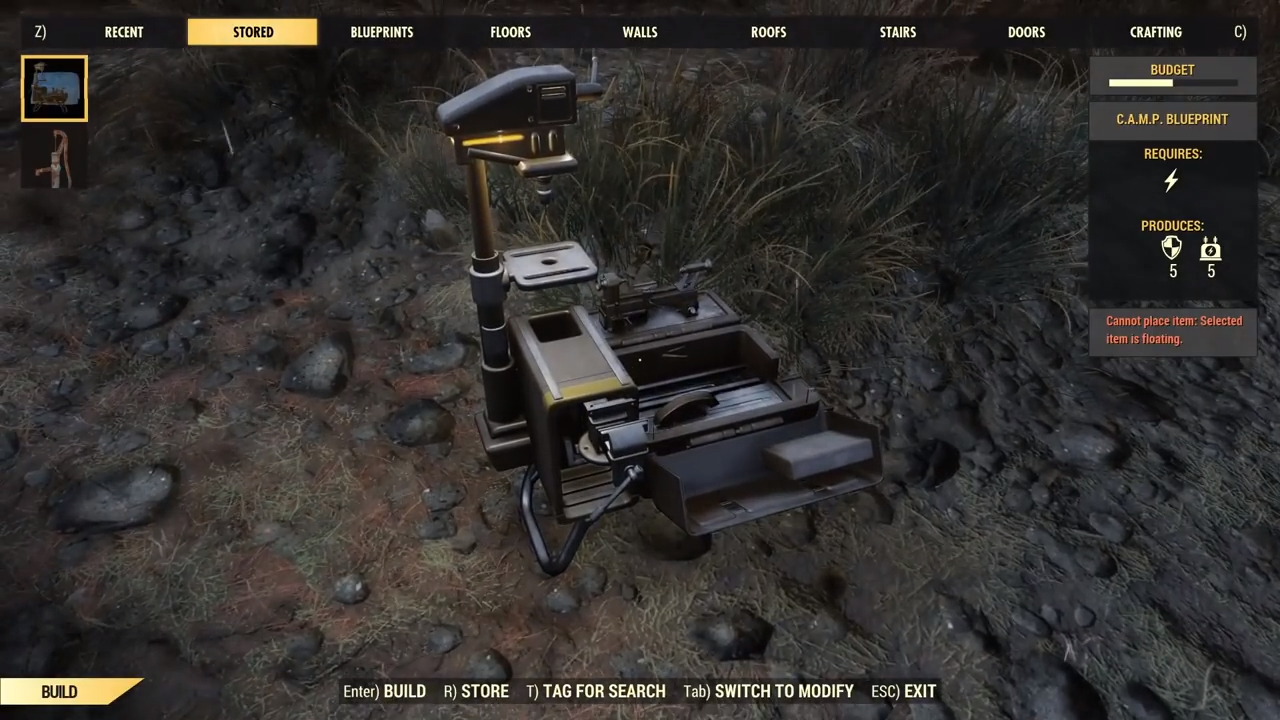 Once you've built your base, you need to start worrying about powering it up. That's where a generator comes in. You'll want to build a few generators so that you can start harvesting resources from the land, such as water. Generators will need to come before you wire your base, which can be a bit of an involved process. The more generators you build, the more energy you have to run things with — three or four will do if you want to power most resources, such as a water purifier.

All these things go on the outside of your creation, of course. It's up to you to decide how you want to decorate the building the rest of the way, with stairs, doors, what kind of roof, decorative photos inside, etc. But once you're done, you'll definitely want to save it.

How to save a blueprint of your base 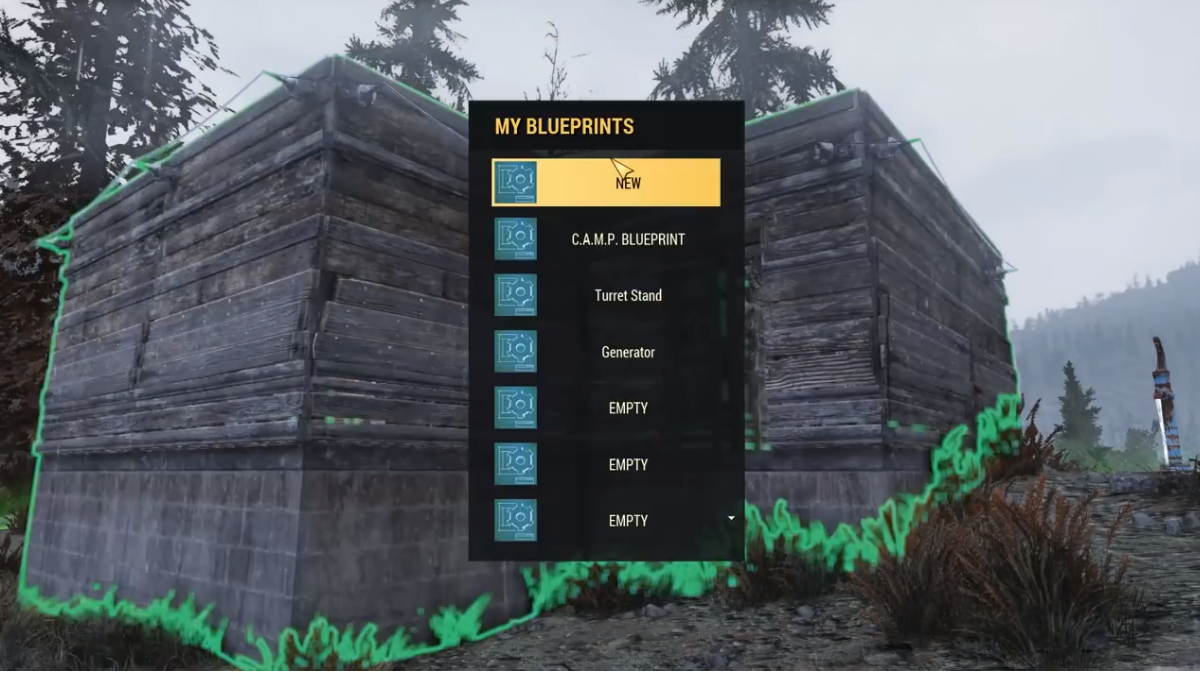 Building the perfect base with your CAMP can take some time. Luckily, Bethesda understood this and moved to help players create a Blueprint so that if moving is necessary, the whole thing can be taken elsewhere without having to go through the entire rigmarole of building it all up again.

To save a blueprint of your structure, start building and get everything situated the way you'd like for it to look. While in Build mode, switch over to Modify mode and hold the same button to enter Blueprint mode. Look at the structure you want to save, then choose "Select structure" to highlight the particular structure you're looking at and everything connected to it.

Next, choose "Create Blueprint" and name your creation. Now you don't ever have to worry about your CAMP being destroyed ever again, and you can pack up and move any time you need to. It will also be found under the Stored tab, and you'll use the same amount of resources to build your base as you did the first time when you erect it again. When it's time to move (and you'll be moving CAMP often), you'll be prepared.

These are the building basics you need to know about using your CAMP, saving blueprints, and getting started in Fallout 76. But there are plenty of other important tidbits you might still want to know about. Be sure and check out our extensive Fallout Wiki for more tips, tricks, and info on the other cool stuff the game has to offer!