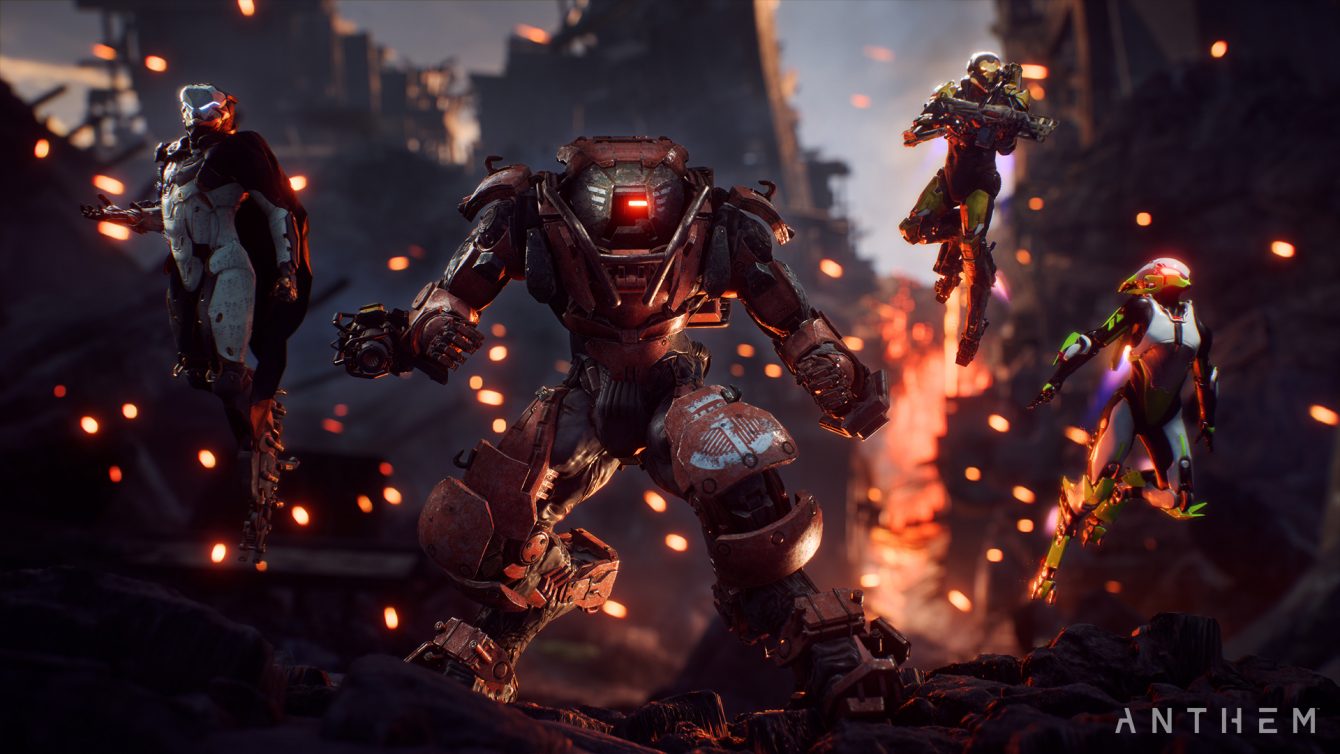 Anthem is a game that allows you to pilot Iron Man like exosuits called Javelins through its gorgeous and dangerous sci-fi world. There are four different Javelins to choose from, each with a unique play-style and set of abilities. They are the Storm, Ranger, Colossus, and Interceptor. Conveniently, you do not have to choose just one Javelin to play, and instead are able to switch freely between them using the Forge once you have other Javelins unlocked. The order in which you unlock Javelins is left completely up to the player, but having an idea of which Javelins you should unlock first will greatly improve your enjoyment of Anthem.

Before we get into unlocking the Javelins, it's important to understand how each one plays. It's possible that you may find yourself in a situation where choosing a Javelin that you don't enjoy playing, or aren't even relatively interested in, can lead you to painfully endure roughly 6-7 hours of gameplay before you may unlock a different Javelin. If you plan on playing the game with friends, you may be tempted into having a diversified party for the sake of diversity, but it's totally okay to have multiple types of a single Javelin in a squad -- especially if it's a Javelin you prefer playing.

The Storm is the elemental powerhouse of Anthem, and is capable of floating around the battlefield for much longer than other Javelins in order to compensate for its light armor. The Storm's ultimate attack is Elemental Storm and is considered both a Primer and a Detonator, which causes powerful ability combo's to trigger for large bursts of damage. The Storm is perfect for players who want to remain at a safe distance and rain down powerful elemental attacks on their enemies. 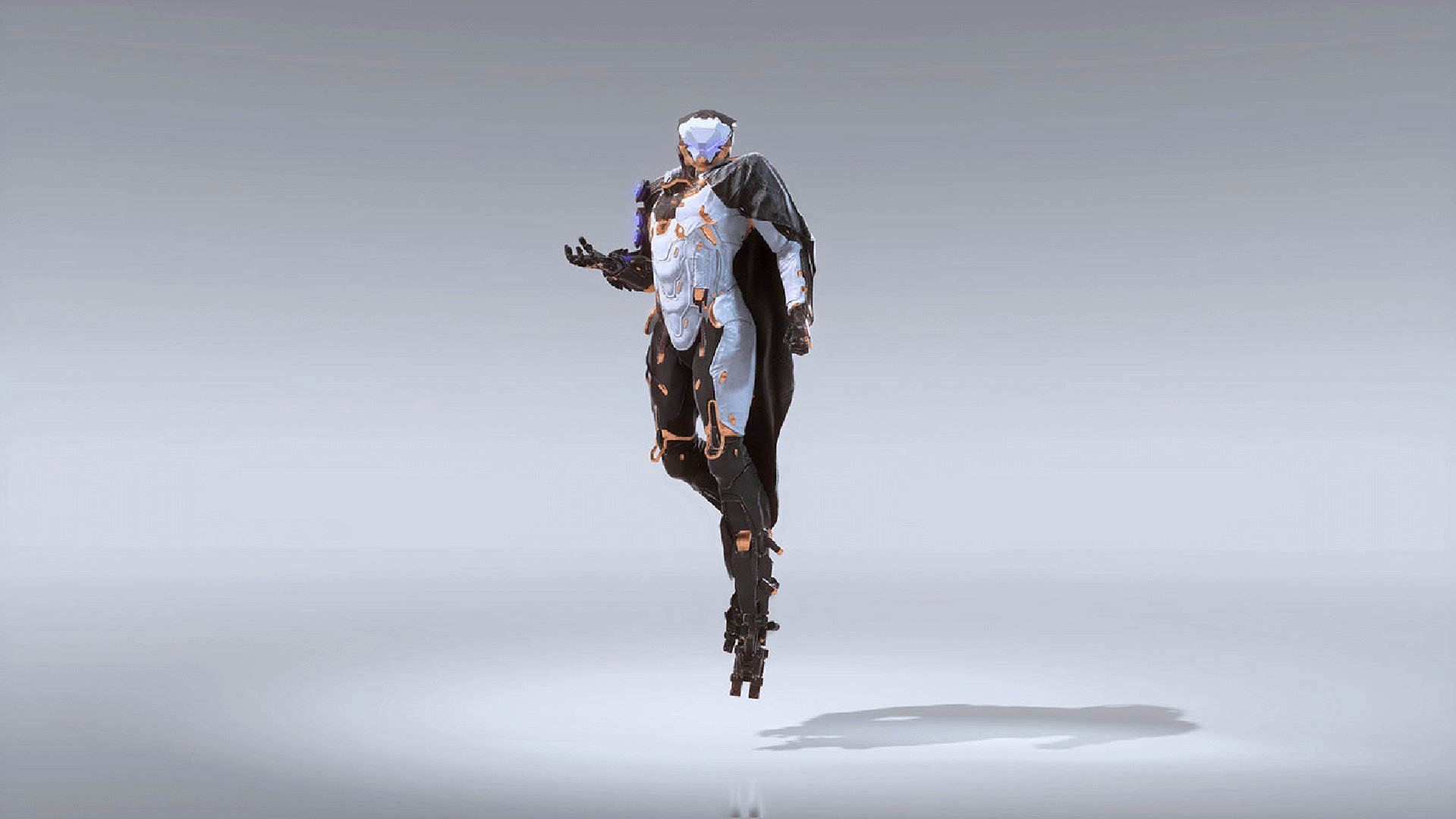 The Ranger might be considered the least exciting of the four available Javelins for many players; however, its extreme versatility will suit both novice and skilled players alike. Using various grenades and missiles, the Ranger is capable of filling any role within a group of players. The Ranger is a great starting Javelin for players who aren't sure which to Javelin to pick, and is also a great choice for end-game content. 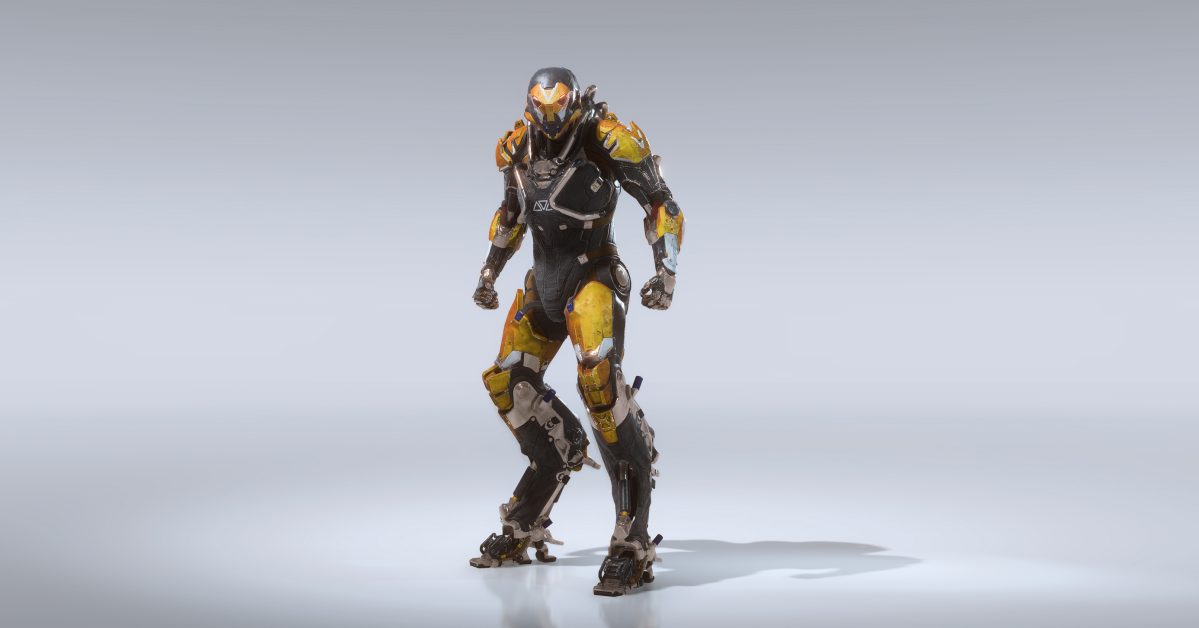 The Colossus is the heavily armored tank within Anthem, and is slower moving than the other Javelins. Using heavy weapons, mortars, and cannons, the Colossus smashes their way through a battlefield like a large lumbering brute. The Colossus also does not have the dodge ability that the other Javelins have, and instead their dodge button brings out a large shield that absorbs incoming damage. It's also possible to pull the shield out while in flight and smash into enemies like a battering ram! 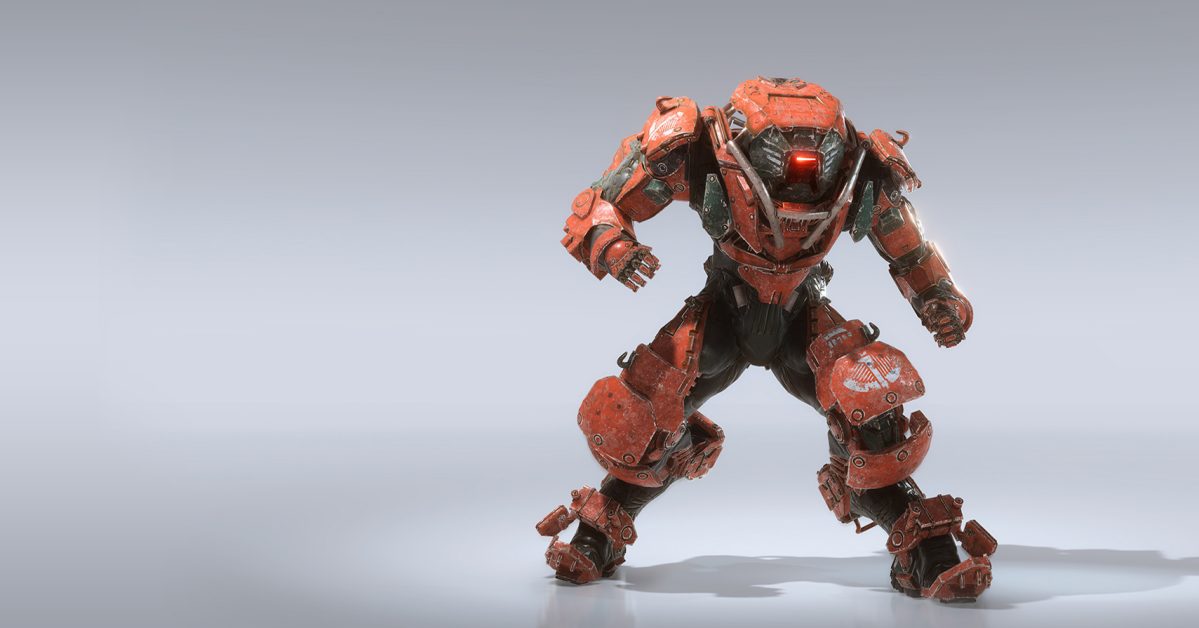 The Interceptor is the smallest and most agile of all the Javelins, and has the ability to triple jump through the air. The Interceptor's melee ability can be used as a detonator against primed enemies, dealing incredible burst damage at the cost of putting yourself in harms way. The Interceptor dashes in and out of combat utilizing it's powerful melee attacks while trying to avoid damage due to its fragile nature. Thankfully, the Interceptor's Assassin's Blades ultimate ability causes the Interceptor to become immune to damage for the entire duration, which is great for dispatching powerful foes or getting a clutch revive on a downed teammate. 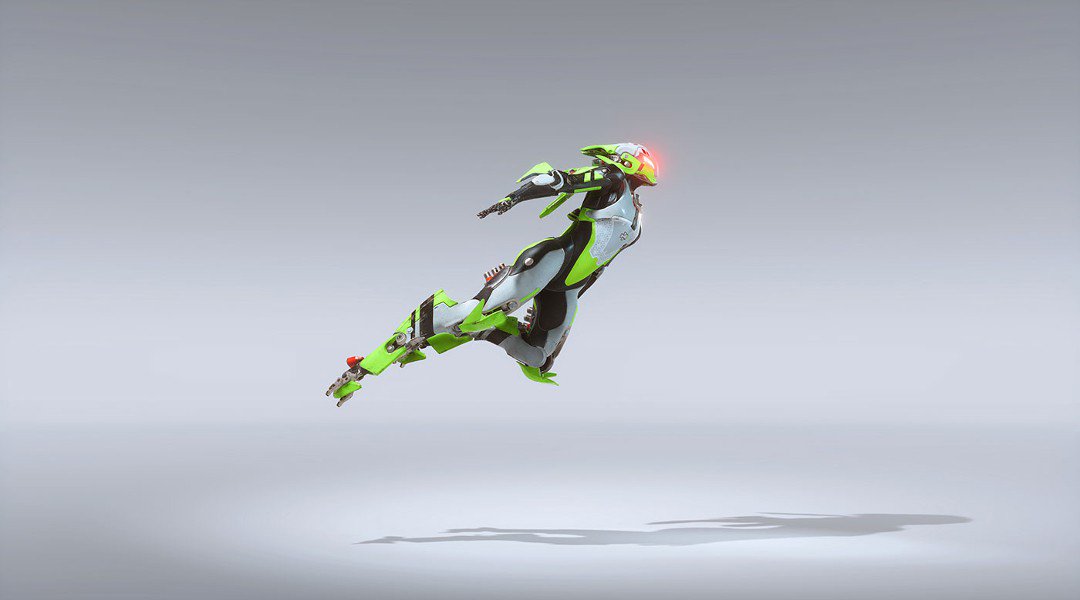 Unlocking Javelins within Anthem is a relatively straight forward process. At levels 2, 8, 16, and 26 you will be given an option of unlocking one of the currently locked Javelins. During the introduction section of the game you will be piloting a Ranger; however, once the introduction is complete and you've reached level 2, you will be given the choice of unlocking any of the four Javelins. This initial choice will force you to play the Javelin you picked until level 8, so make sure it's one you are interested in! 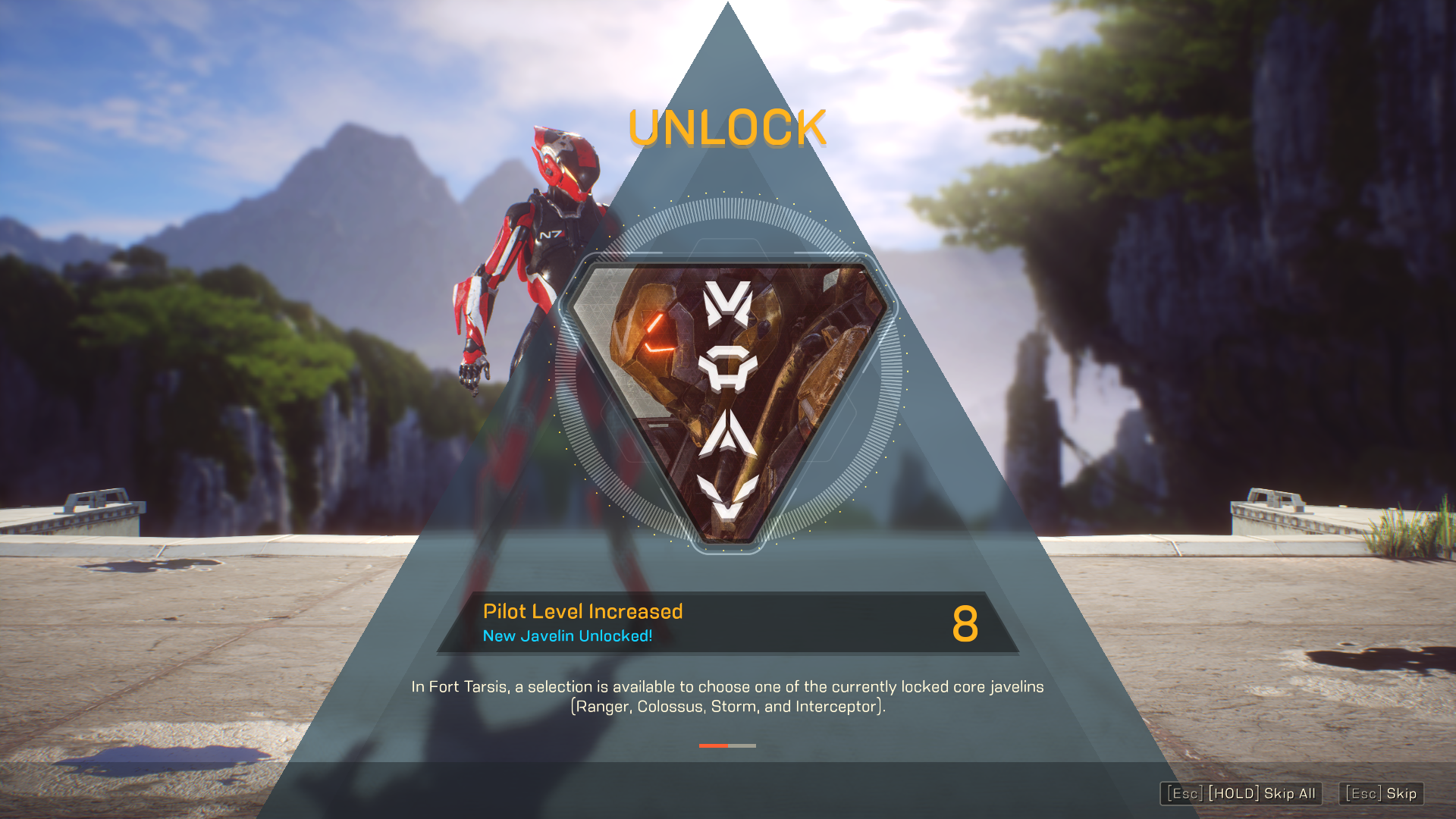 Once you reach the appropriate level to unlock a new Javelin, visit the Forge in Fort Tarsis and the unlock screen will automatically pop up. Each Javelin has their own unique strengths and weaknesses, and each Javelin also carries with it a unique power-level depending on how powerful the gear is that you have equipped. Because of the way gear and drops work within Anthem, your other Javelins may not be as well outfitted as your primary one. Simply playing a new Javelin will ensure that you receive gear for them at the end of a mission, or alternatively, you can craft gear for a newly unlocked Javelin to reduce the power gap between your Javelins.

I suggest playing the Javelin that you enjoy the most, but don't be afraid to try new ones! It can be a refreshing change of pace to jump into a new Javelin for awhile when leveling up and playing through the story, and you may be pleasantly surprised by the gameplay style of different ones. 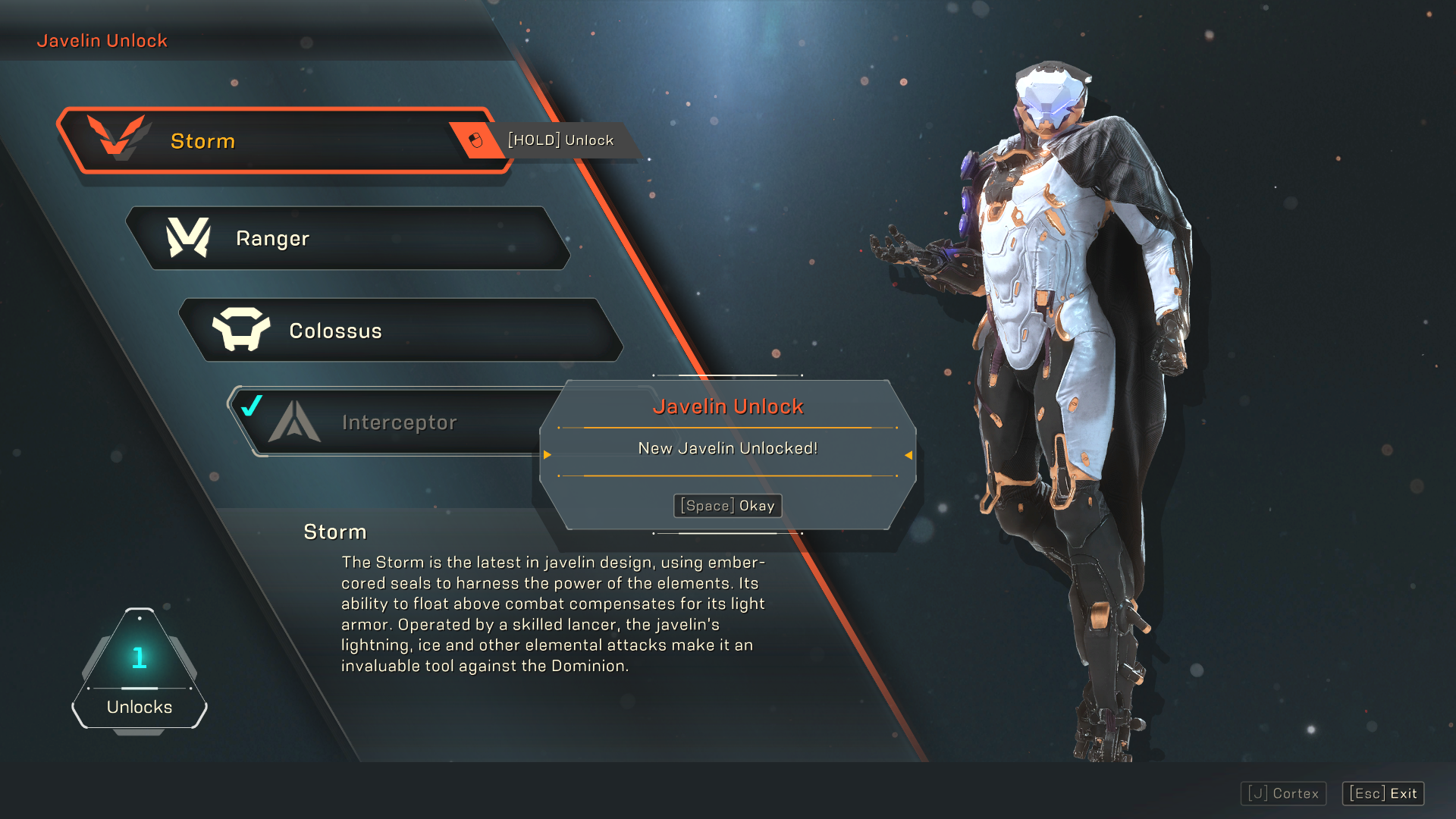 Anthem is a huge game, so be sure to check out our Wiki for more information!

Become a Freelancer and Help Save Humanity in Anthem Today

Forge a Maze of Memories in Path of Exile: Synthesis