It would be a truism to say that the games industry is a madcap race, what with thousands upon thousands of games released each year. To get a feel for the explosive growth, consider the fact that in 2006 Steam's game library had less than a hundred titles; as of April 2019, it's nearly 30 000, according to SteamSpy.

The neverending march is nothing new. Two decades ago, in simpler times, when a game needed no online activation, could fit on one CD, and you could spend the better part of a day figuring out why your system is rejecting genuine drivers, many valuable games were left behind in the march.

Azrael's Tear is one of those, a first person adventure game that had the misfortune of going up against the first Quake at the games store in the summer of 1996... 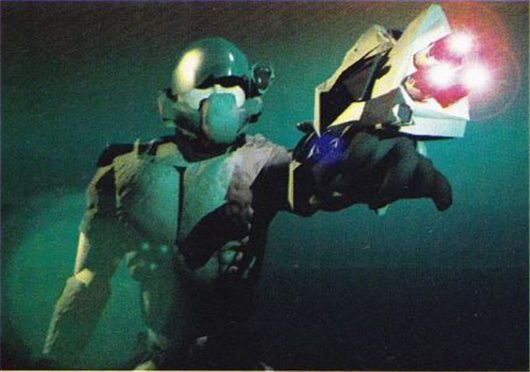 The setting of Azrael's Tear should be familiar to anyone with an interest in apocalyptic, dystopian fiction or just living through the 21st century. Since 1998, the world was affected by massive tectonic upheavals, pandemics, and deterioration of the social order. As seas receded and the shifting earth surrendered its secrets, history and archeology experienced a renaissance, as new archeological sites yielded knowledge that upended history as we know it.

It also led to a renaissance of tomb robbing and looting, as these antiquities became immensely valuable commodities among scholars, unscrupulous museums, and of course, wealthy private collectors interested in a new mantlepiece. Suppliers addressing this demand became known as Raptors, thieves armed with cutting edge technologies and military training needed to penetrate the ruins, retrieve goods, and return safely.

Of course, you are a Raptor. Your goal is to enter a newly uncovered ruin, a Knight Templar stronghold that has gone unnoticed for nearly 900 years... Near Wick, Scotland, at the northern tip of the British Isles. Armed with the equivalent of a 3D scanner and twelve gigabytes of compressed library data, you descend into the underground complex.

Fun fact: The compressed text of Wikipedia is about 12 gigabytes as of 2015.

Both the Holy Grail and the Knights Templar are standard, somewhat tired tropes. At first glance, Azrael's Tear is set on playing them straight - barring the extinct dinosaurs running around the entrance corridor, helpfully informing everyone that "this place is death" - but it quickly starts putting its own spin on both, as you explore the derelict upper levels, meet your first ghost, and eventually run into what remains of the twelve Templar Knights stationed at Aeternis.

You learn that Aeternis does indeed house the Grail, and was converted over the past nine centuries into a giant test meant to ensure that it only falls into the hands of those worthy of such a treasure. You also learn that the Grail isn't really the cup of Christ, but something else entirely: A vessel crafted out of grailstone, an alien mineral that crashed on Earth 150 million years ago, with various mysterious properties that include time dilation, regeneration, and effective immortality.

It's what kept the Templars alive for nearly a millennium and what allowed the dinosaurs that ventured into the elaborate underground caves to survive and breed for such a long time. However, the grailstone's benefits come at a cost: By the time you arrive, most of the Templars are dead, gone, or stark raving mad. Navigating their lies and agendas is a crucial part of the story, culminating in the decision who to trust and who to keep at arm's length. All while you slowly piece together the history of Aeternis, the secret plans of the Templar Order and the Priory of Sion, and the tragic infighting that tore apart the Templars at Aeternis.

It goes without saying that the grailstone is used to put various historical events in perspective, including the dissolution of the Knights Templar in 1312, the sack of Constantinople during the Fourth Crusade in 1204, and even the story of a certain Jewish radical two thousand years ago.

The Hunt for the Grail

No one can live down here without that evil substance corrupting or torturing them in some way.

Worldbuilding and the plot are one thing, gameplay is another. While Azrael's Tear uses a first person perspective and a fully 3D environment, it's first and foremost an adventure game. Although you have a semi-automatic gun at your disposal, the MS-7 Sniper is seldom used. Your primary tool in cracking the secrets of Aeternis is the three pounds of flesh between your ears, aided by the MS-2, incorporating the aforementioned database and equipped with a variety of scanning options used automatically to analyze the environment, characters, creatures, and items you collect.

While many adventure games relish puzzles that are obtuse or rely on abstract logic to solve, Azrael's Tear is one of those that reward logical thinking and careful analysis, rather than just trying every item you have in your inventory on everything in sight. Even the most obscure puzzle - the sarcophagus dead drop beneath the cathedral - has enough leads to make it completable without consulting a guide (which were few and far in between in the ancient, dark times of 1996).

Characters play a vital role in the story and help build the forbidding, malevolent atmosphere of Aeternis. They are fleshed out primarily through various documents scattered across the stronghold and the environments they inhabit, although you will have an opportunity to interact with them directly. Here, Azrael's Tear is a little more unique than other adventure games, as you need to pick your responses carefully before the character you talk to tires of the conversation and leaves (or if you're unlucky, decides to add a superfluous opening to your body).

The story and the gameplay are tightly integrated and none come across as included purely for the sake of having a puzzle to delay the player. In fact, they are integrated so tightly, that the final step necessary to reach the Grail sanctum might not be immediately obvious... Unless you paid attention to the life-sustaining properties of grailstone, that is.

Azrael's Tear was in several ways a game ahead of its time. Interface presented as a part of the game world, rather than an abstract display would later become a distinguishing feature of the Dead Space series. Narrating the game through the environments and logs would be further refined and become a staple of Bethesda Game Studios, among many. The idea of an outsider entering a secret city inhabited by people twisted by an unique material lies at the core of Bioshock.

Perhaps most importantly, it was released in a time when it couldn't succeed. It had a proprietary 3D engine that offers modest performance at the best of times, no lighting system - all shadows and light sources were baked into the textures - and had a rather cumbersome interface that required a good deal of practice to use. Most importantly, it went up against Quake in the summer of 1996, accompanied by a limited marketing campaign.

An engrossing atmosphere, complex story, and multi-dimensional characters couldn't change the outcome. The market was too small and undeveloped for a game that could very well translate into a successful indie title nowadays.

Alas, the problem is that a remake or a re-release is unlikely. The intellectual property rights are divided among several people, and even the game's former publisher, Mindscape, doesn't know where to start. Night Dive Studios, responsible for restoring and re-releasing games once thought to be in rights hell, such as System Shock 2, have attempted to acquire the rights in 2017, but there's been no news on that front.

Personally, I think that it's a shame. Azrael's Tear tells a self-contained story - a rarity these days - but its ending is open for a follow-up. If that happened, I'd be the first to pre-order. 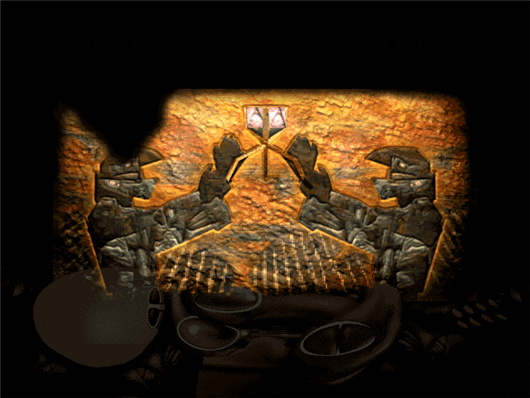 The Azrael's Tear Wiki is a shrine to this forgotten, fascinating game. For those interested in the murky, dark secrets of Aeternis, there's no better stop.