There are twelve secret hunters to find within The Division 2, and each of them give you a unique wearable mask and an Ivory Key if you can kill them. Finding them isn't easy, and it took the community working hard to solve special cyphers and riddles before all twelve were found. I would suggest reaching max level before trying to find the hunters, and maybe even bring a friend or two along if you're not entirely confident you could kill them alone. Also, all of these must be done during night time in game! 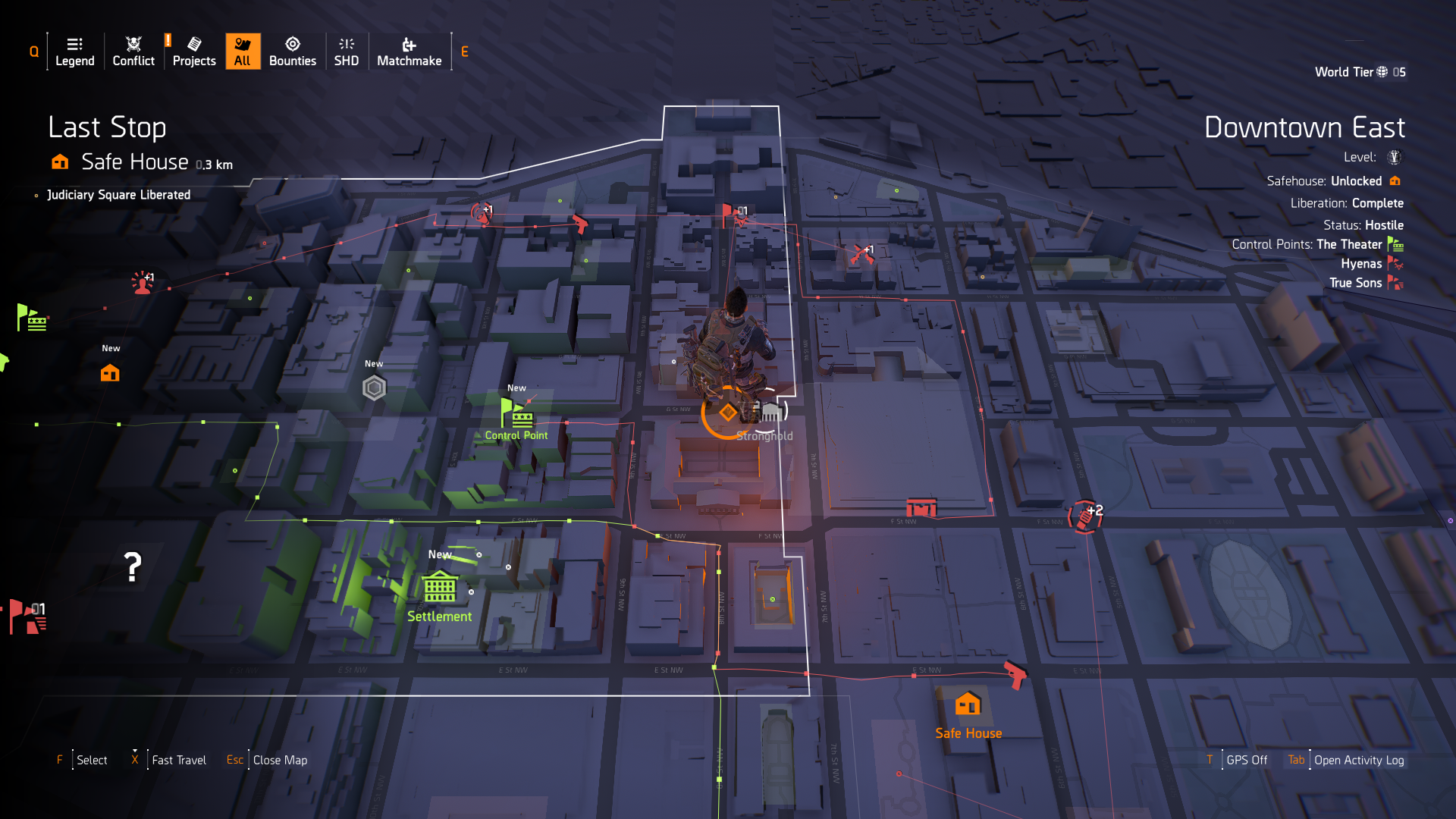 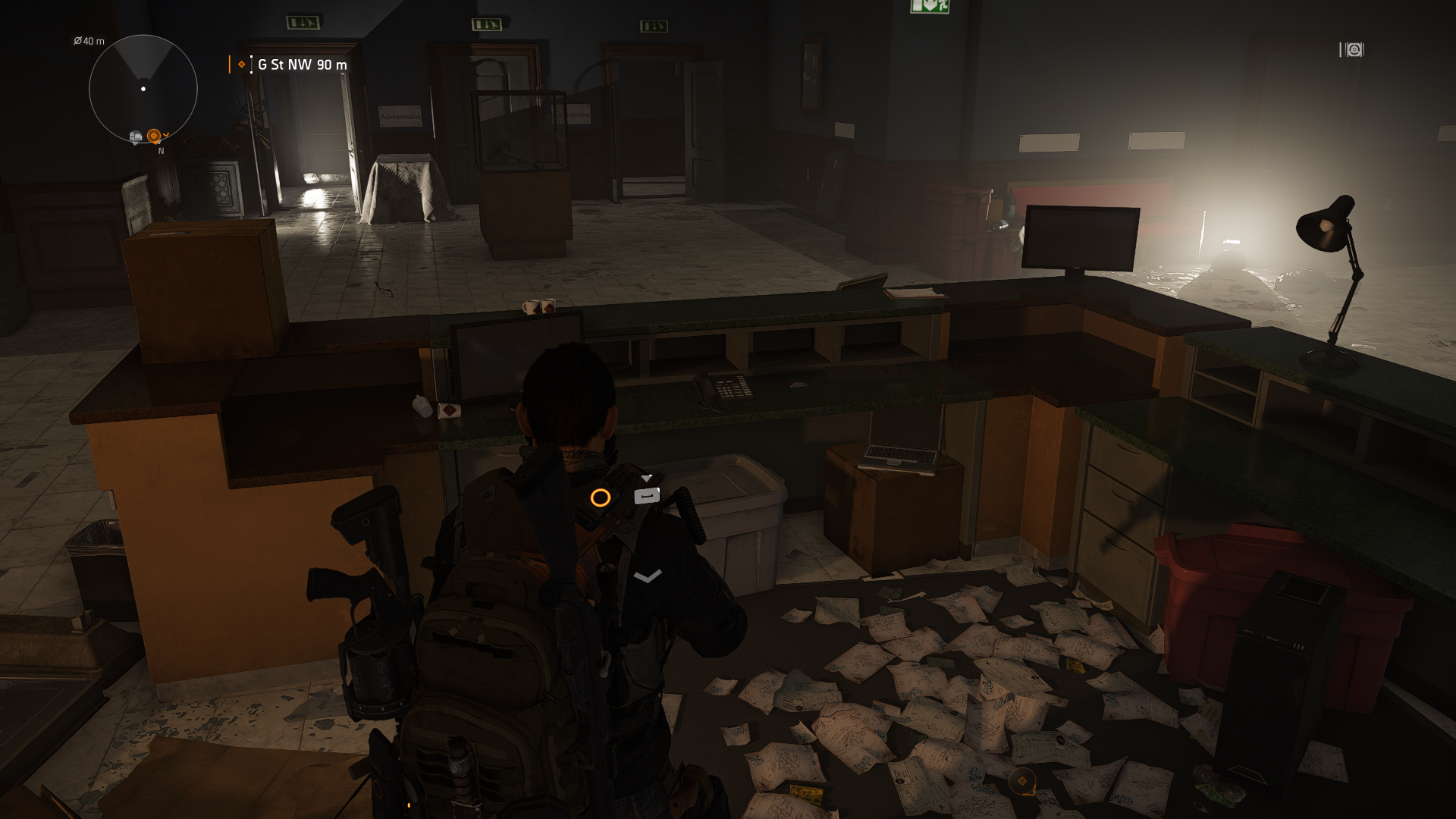 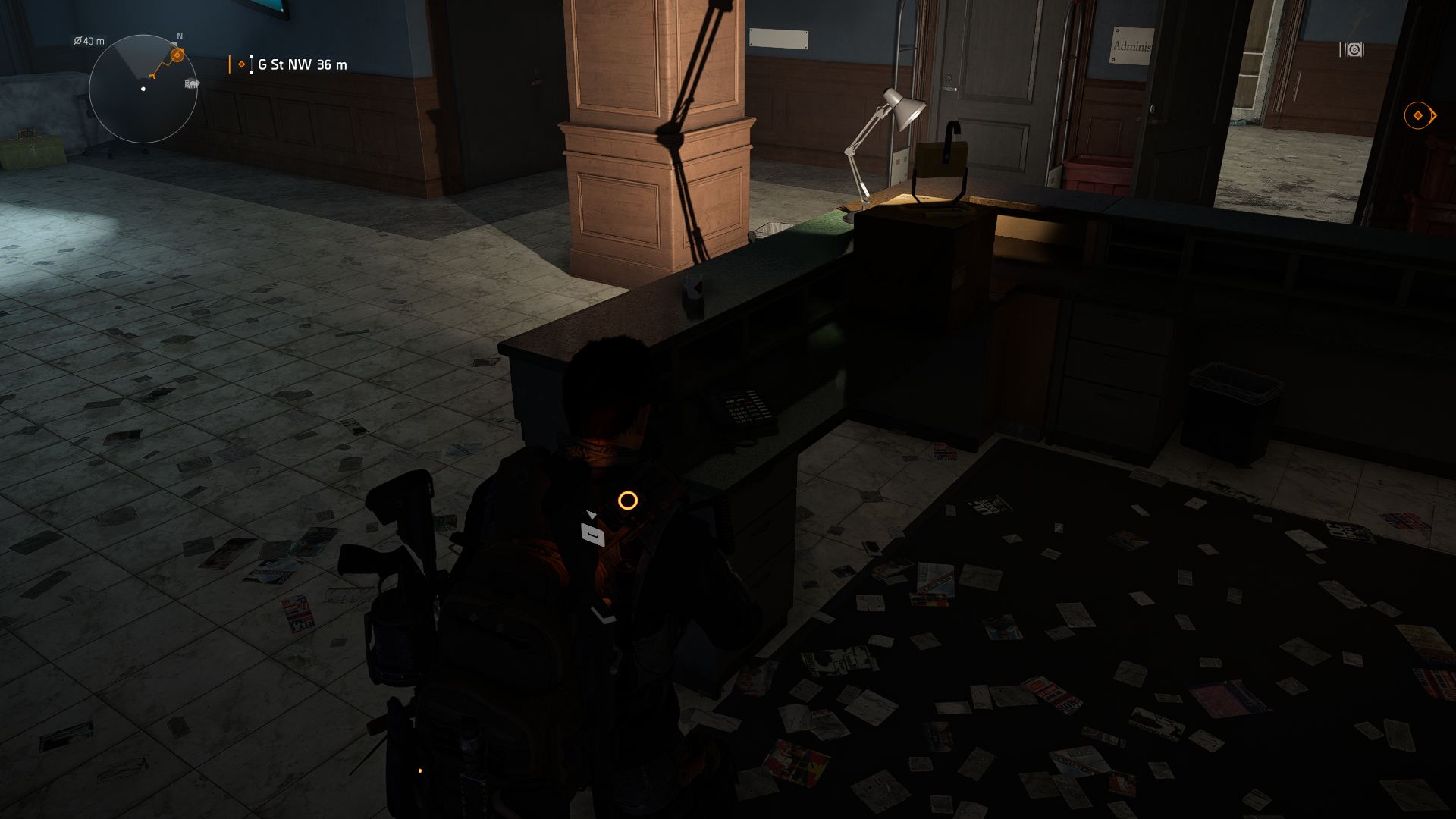 To find the Demon Mask hunter, reach the center courtyard of the building shown in the screenshot below--just east of the Demolition Site Stronghold. If you look up while facing west, you will see four targets it the windows above. Shoot the targets one at a time from left to right and then the hunter will spawn! 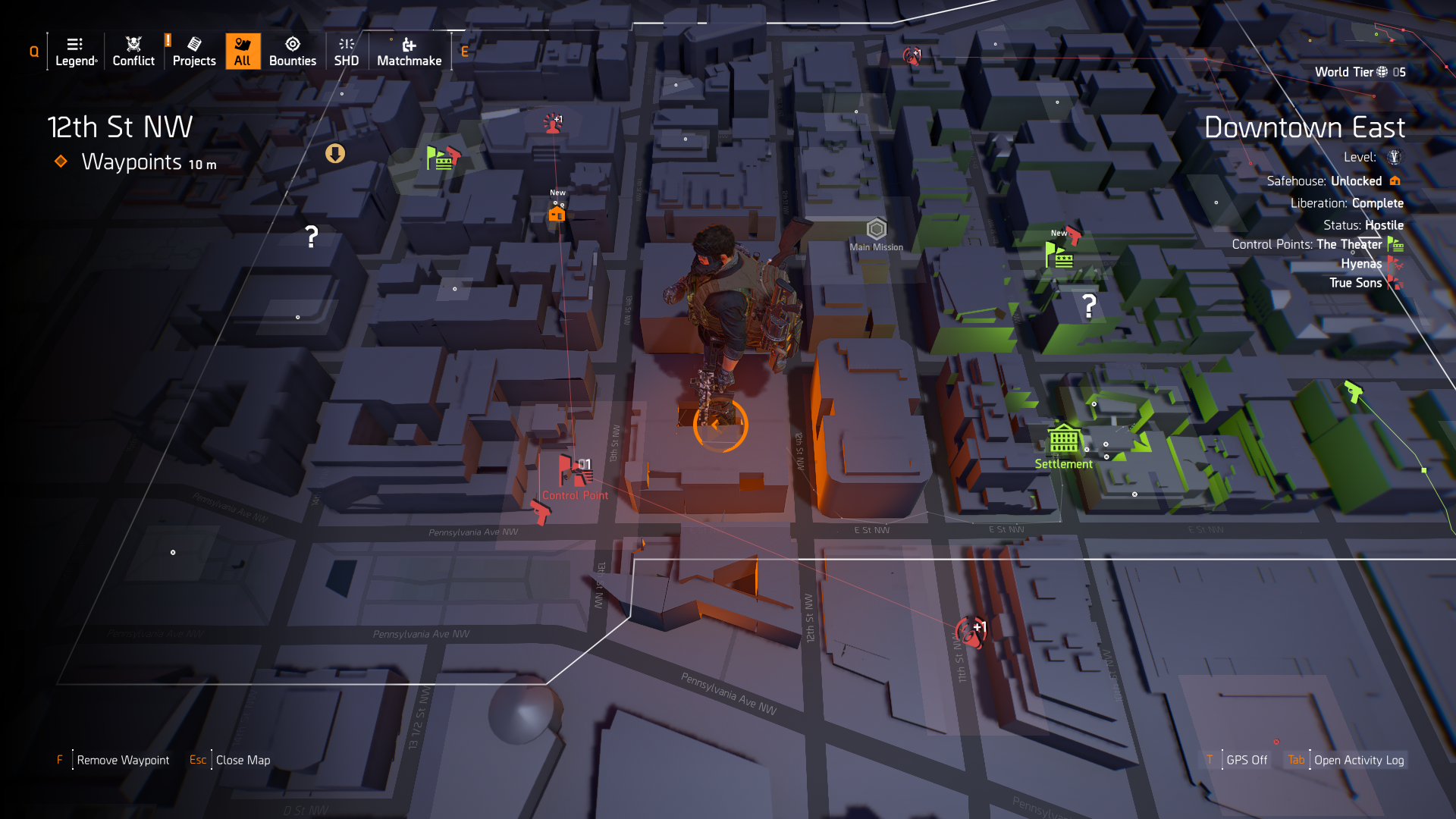 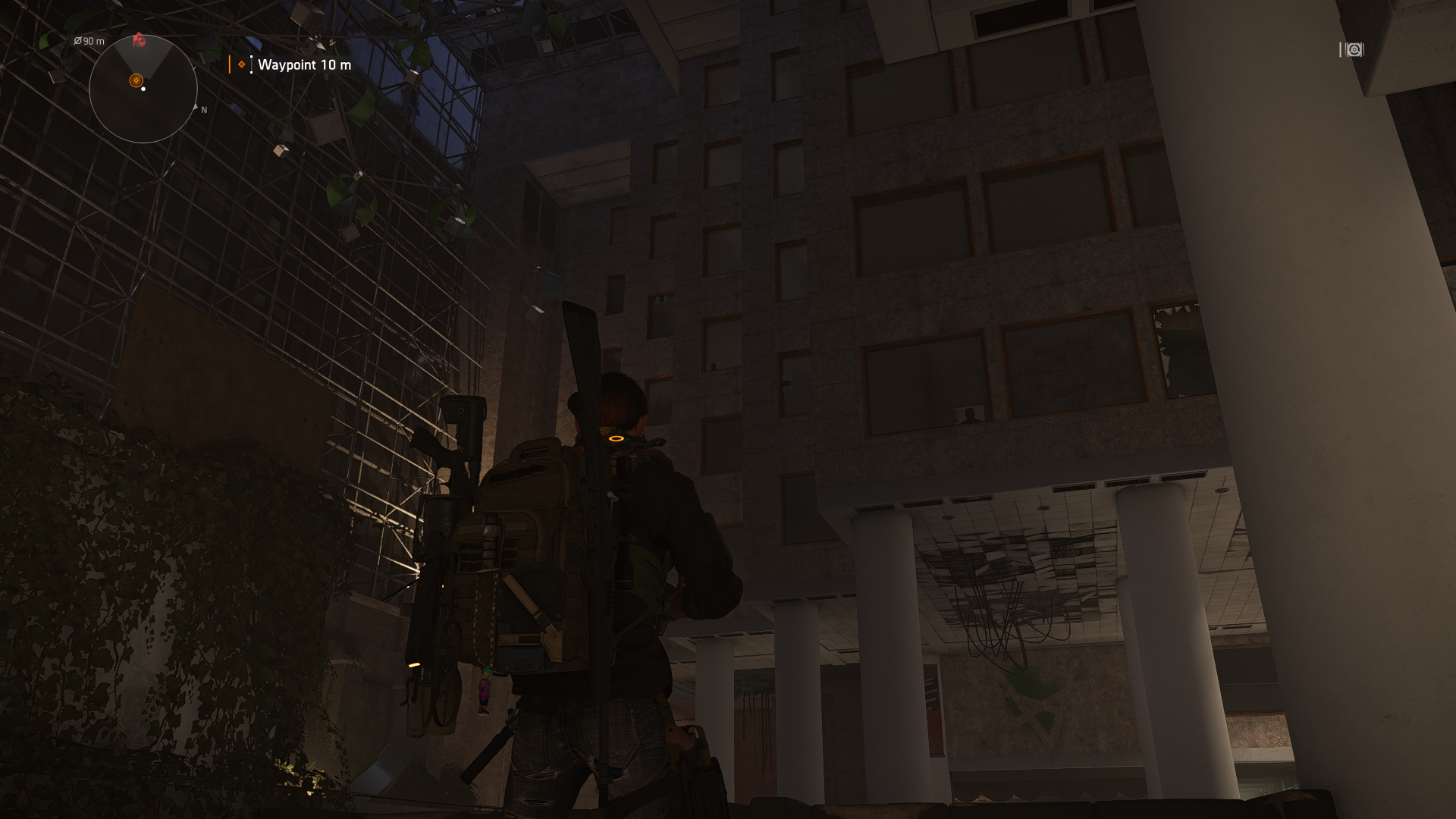 The Ghost Mask hunter requires a bit more work to find than all the rest. First, head to the Washington Monument control point and gain control of it if you haven't already. Then, head down the elevator shaft where the supply room is. Inside this room, you will find a computer to interact with. Doing so will cause the computer screen to show 3 glowing locations on the map representing the area around the Washington Monument. Head to each of these areas to find a marked grave. At each grave, face the monument and use the salute emote. Head back to the computer to interact with it again. If you've done everything correctly, an orange circle will appear on the screen. Now, head back upstairs and exit the monument to the east. You should see a red circle on the ground, enter the circle and the hunter will spawn! 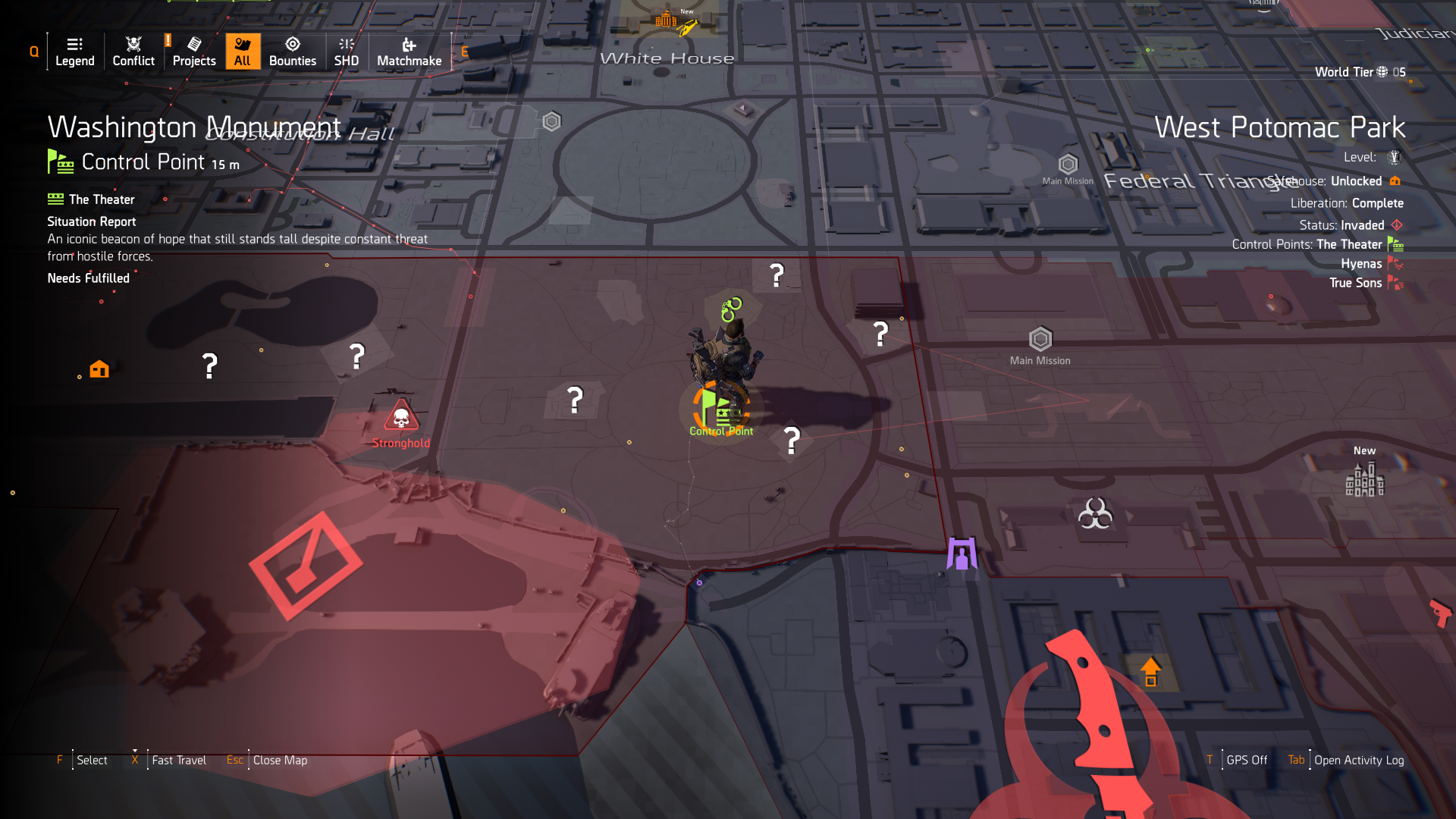 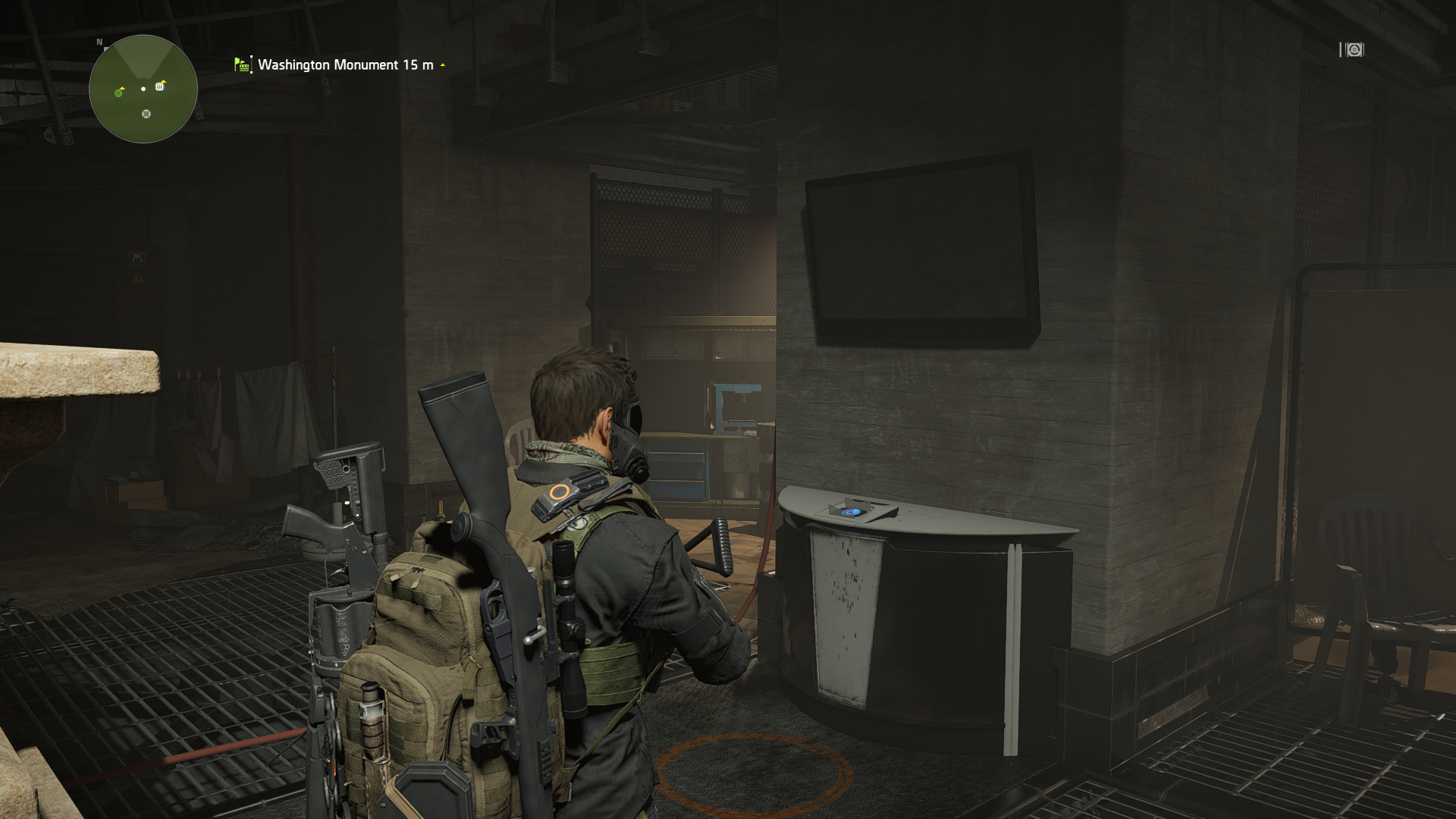 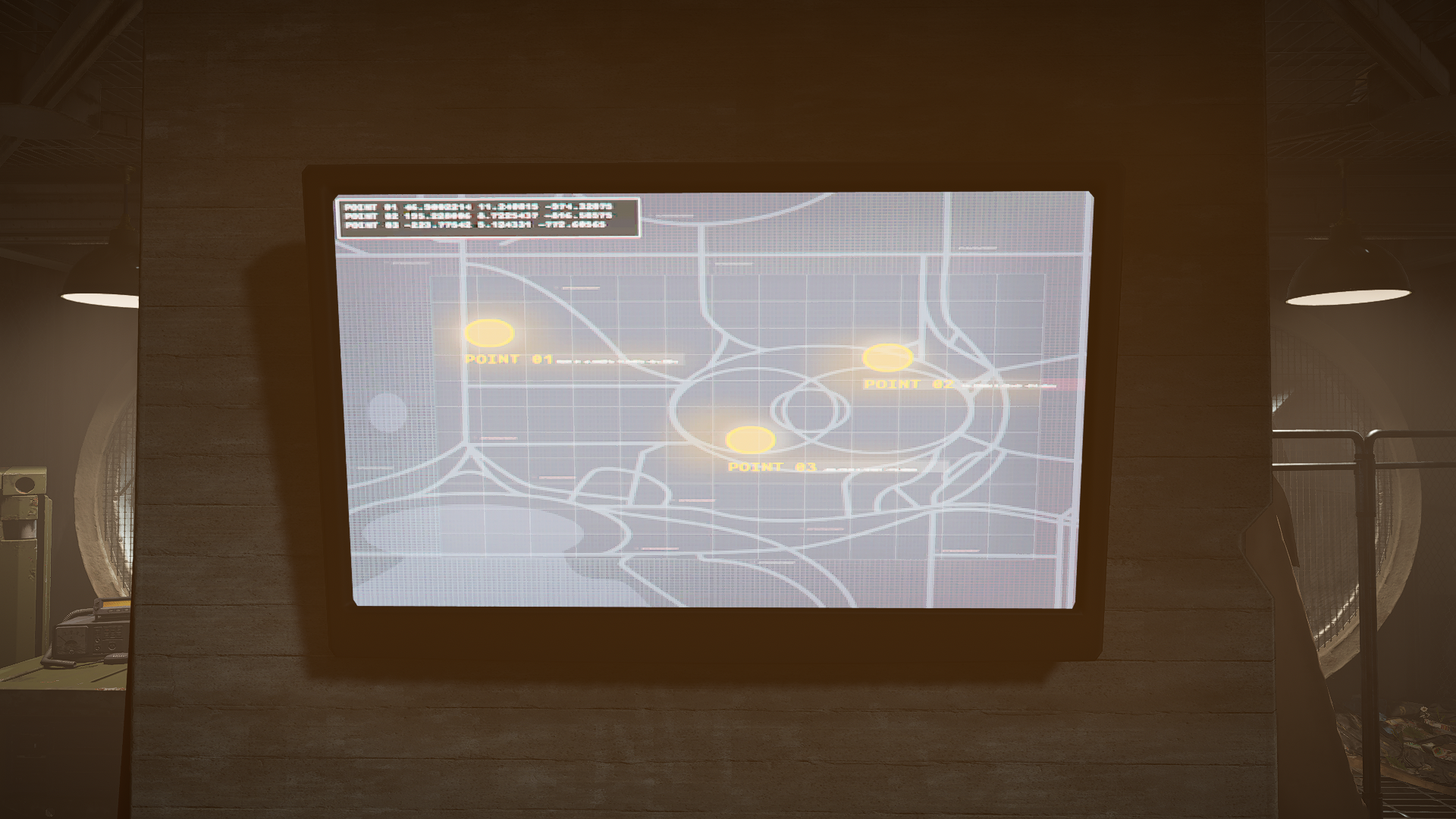 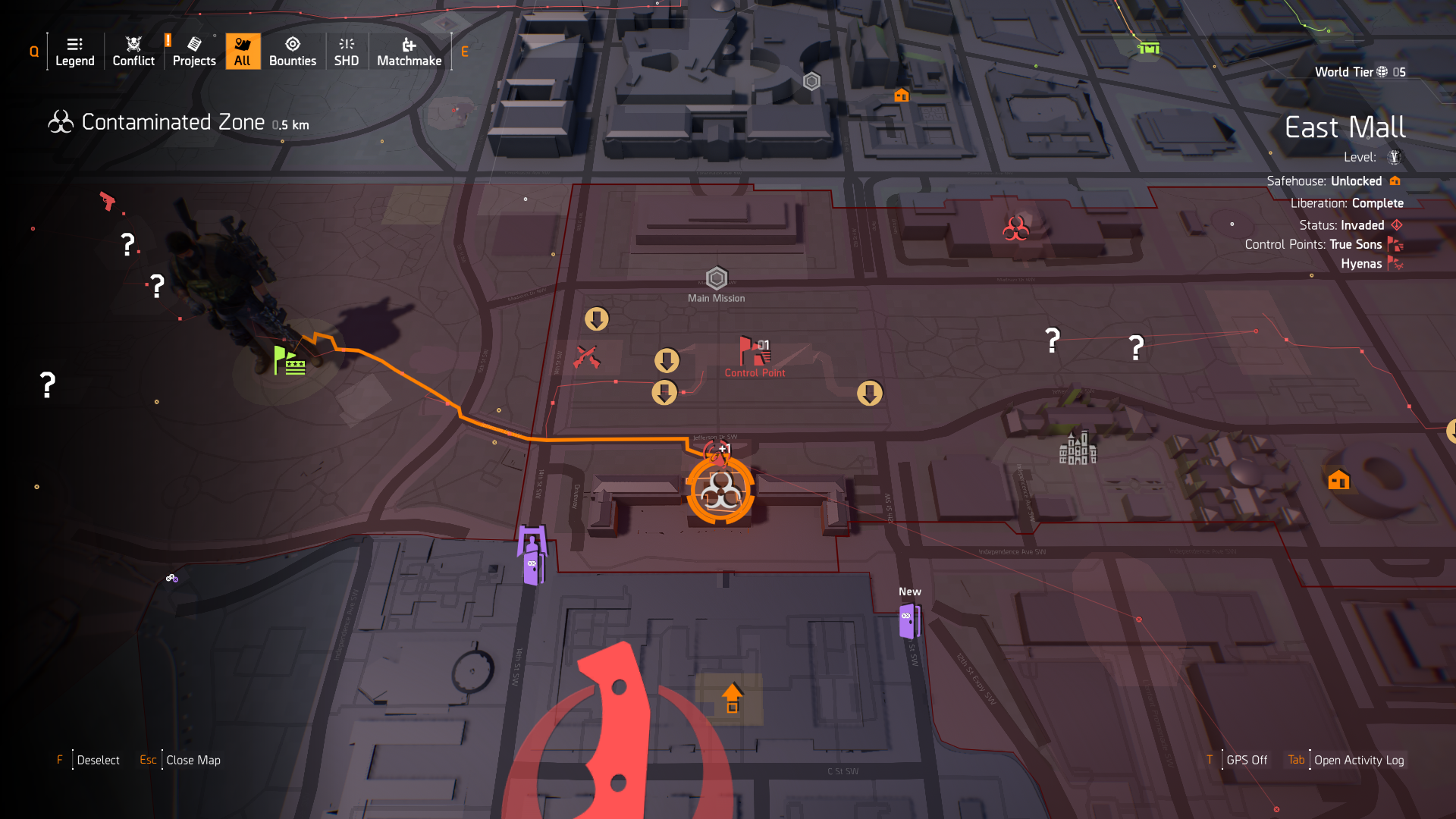 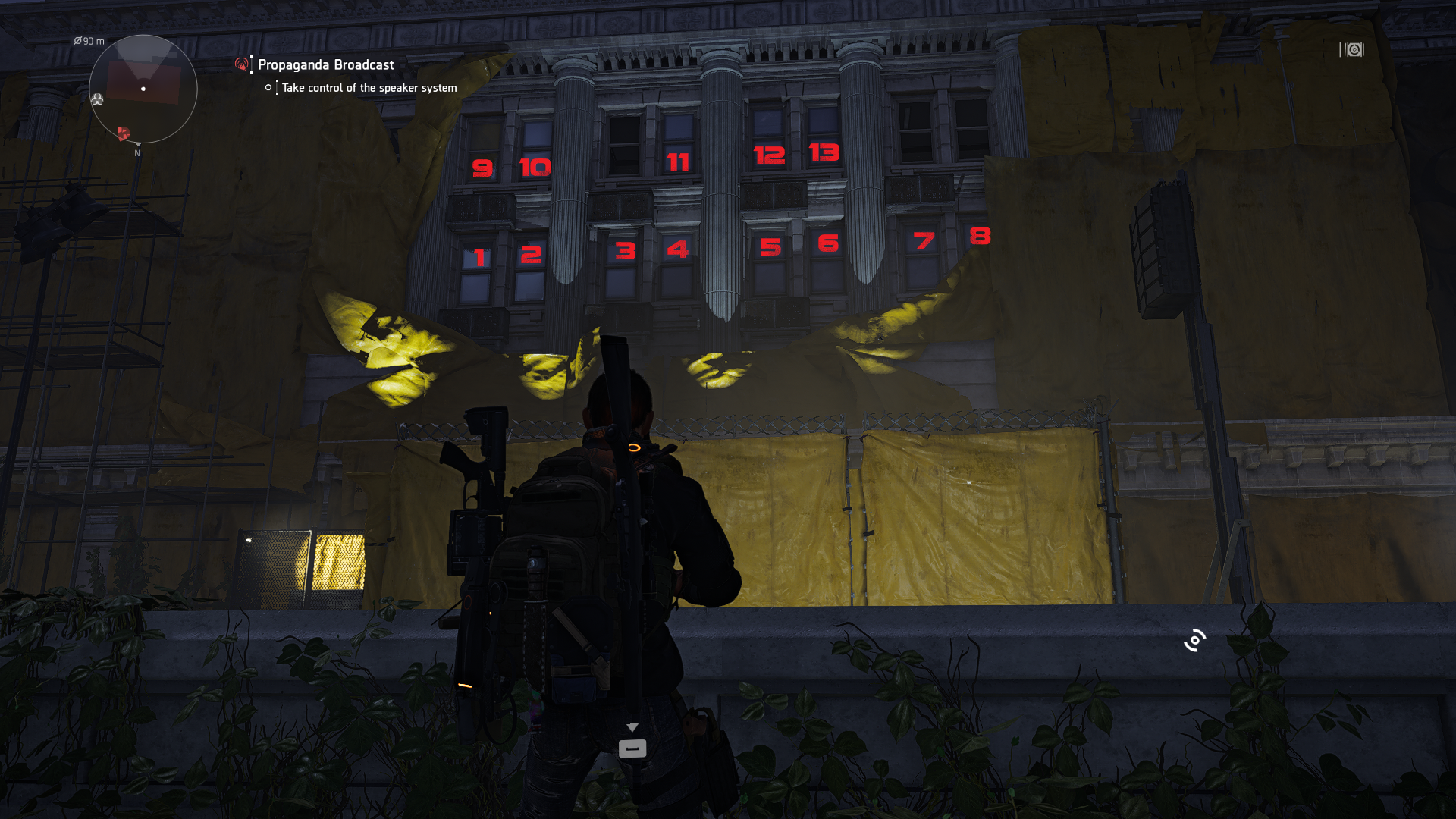 To find the Specter Mask hunter, enter the sewer shown below, just north of the Lincoln Memorial. Take a left once you go down the ladder and head up the stairs. You should find an area with an ECHO and a computer. Interact with the computer and then leave the sewer to head to the water supply area just east of the Lincoln Memorial. There will be a light hanging in the small lookout building. Shoot the light bulb and the hunter will spawn. 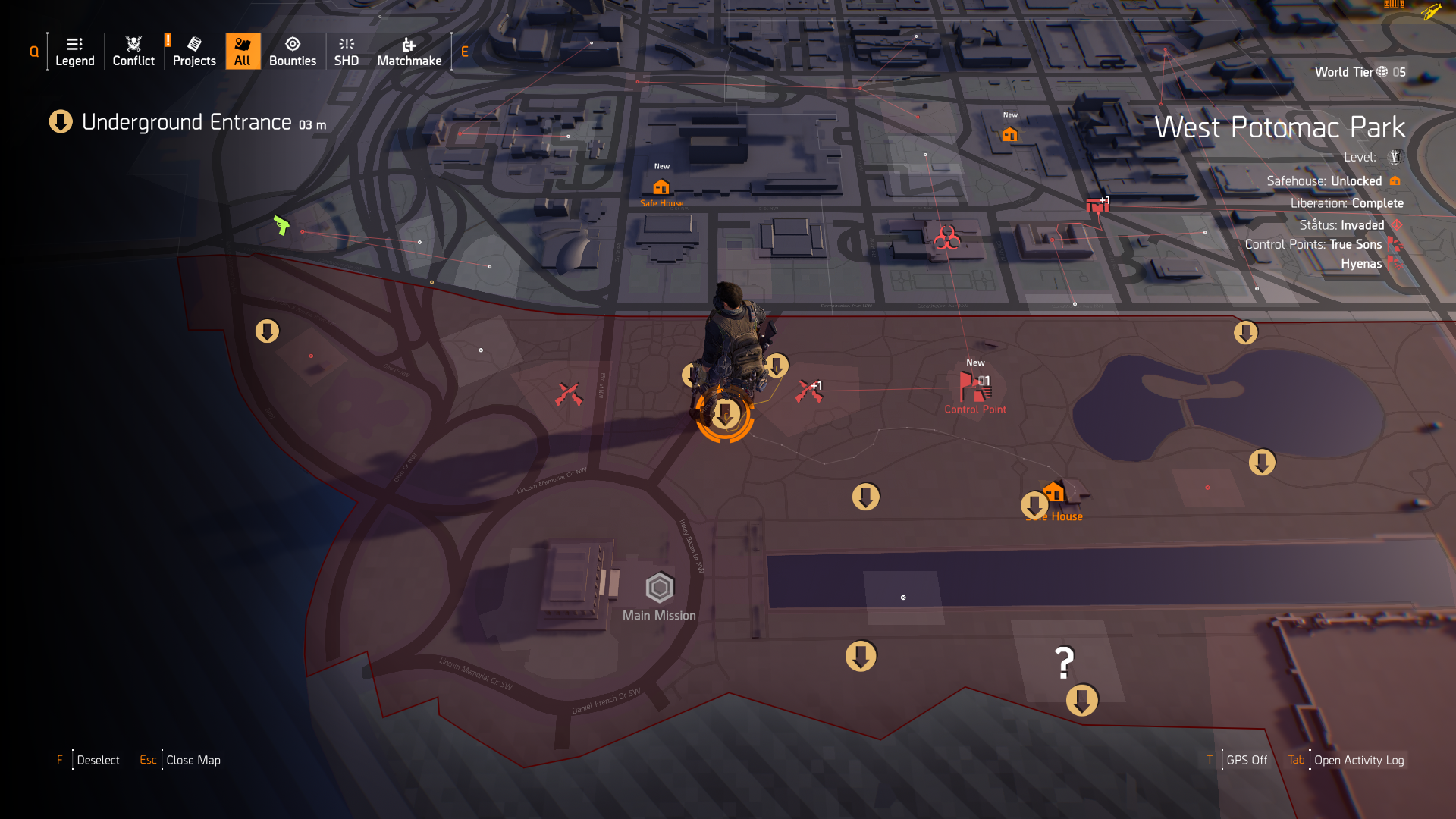 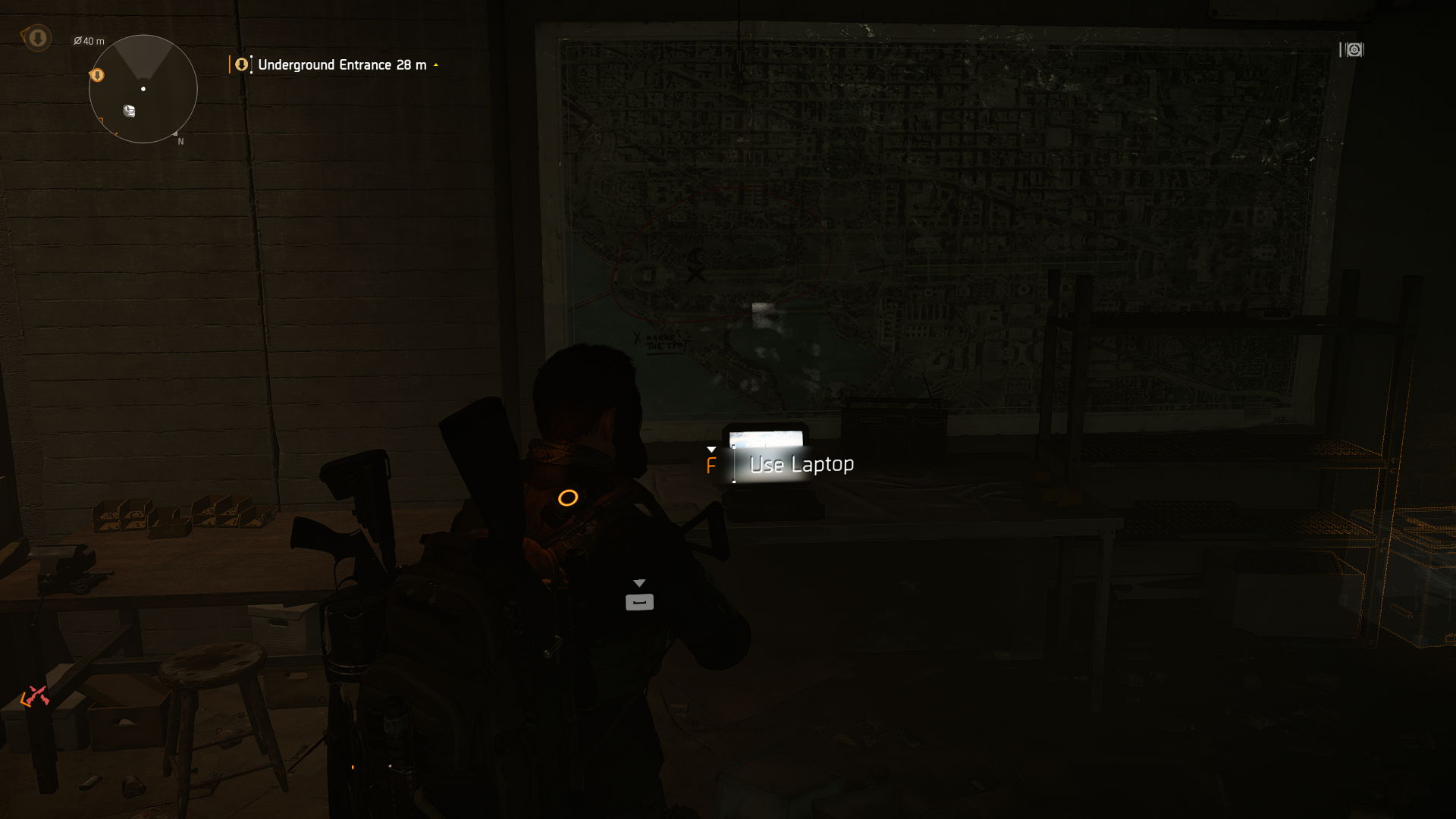 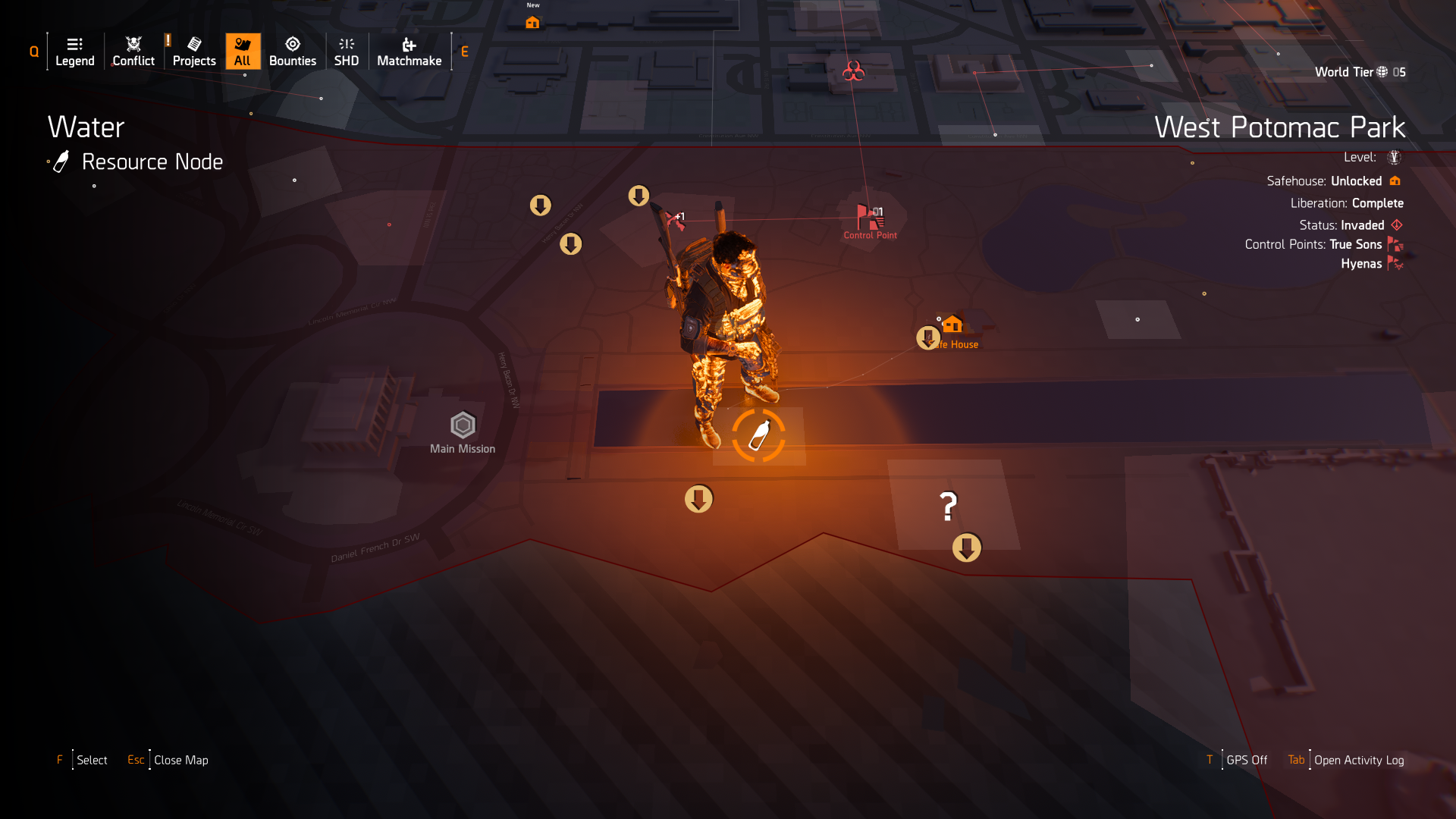 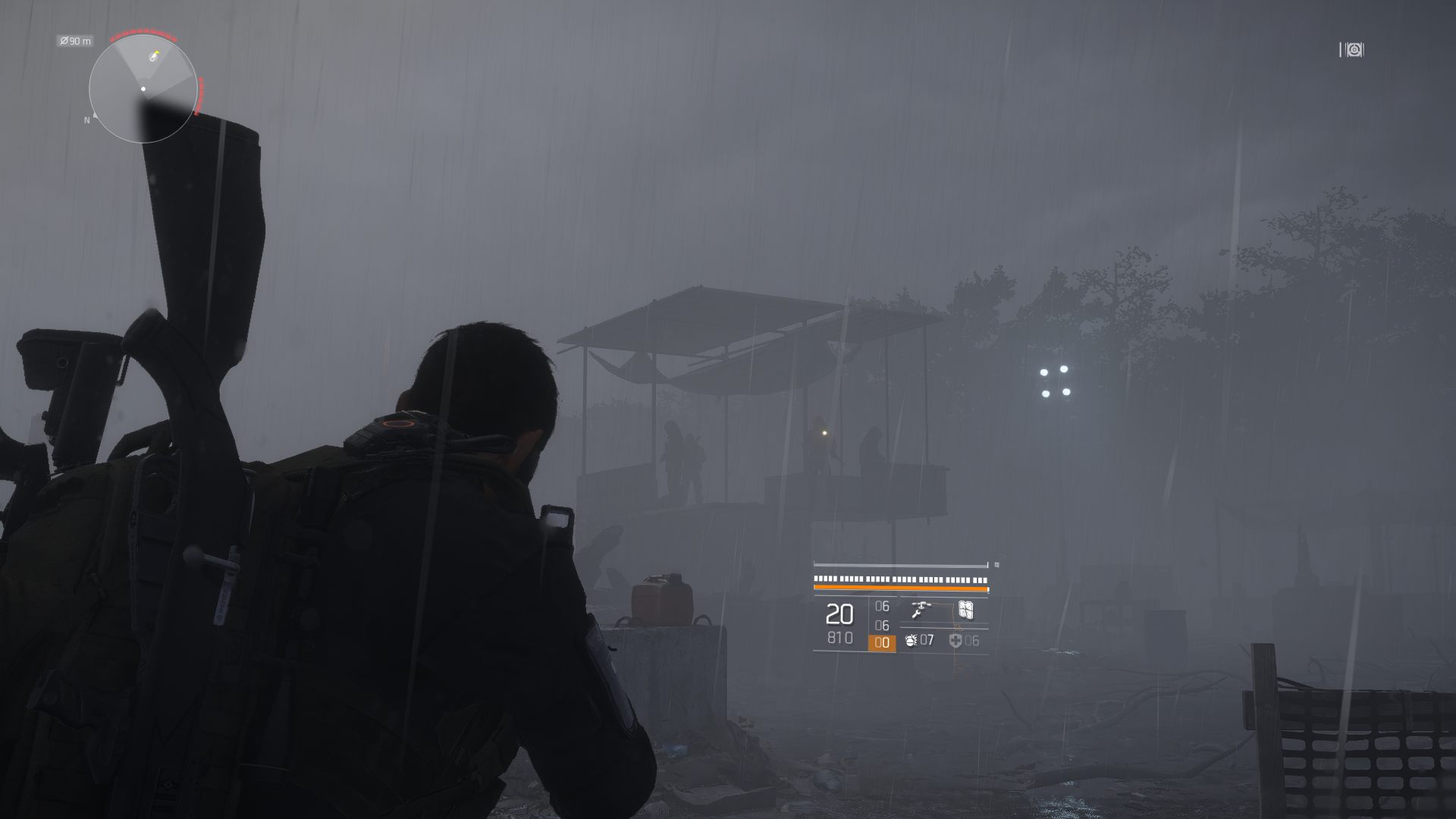 To find the Wrath mask hunter, head to the memorial shown below and find the small square pool with a flag pole. Stand in the pool and shoot out the light shining on the memorial, then leave the pool and face the memorial. Use the salute emote, and the hunter will spawn. 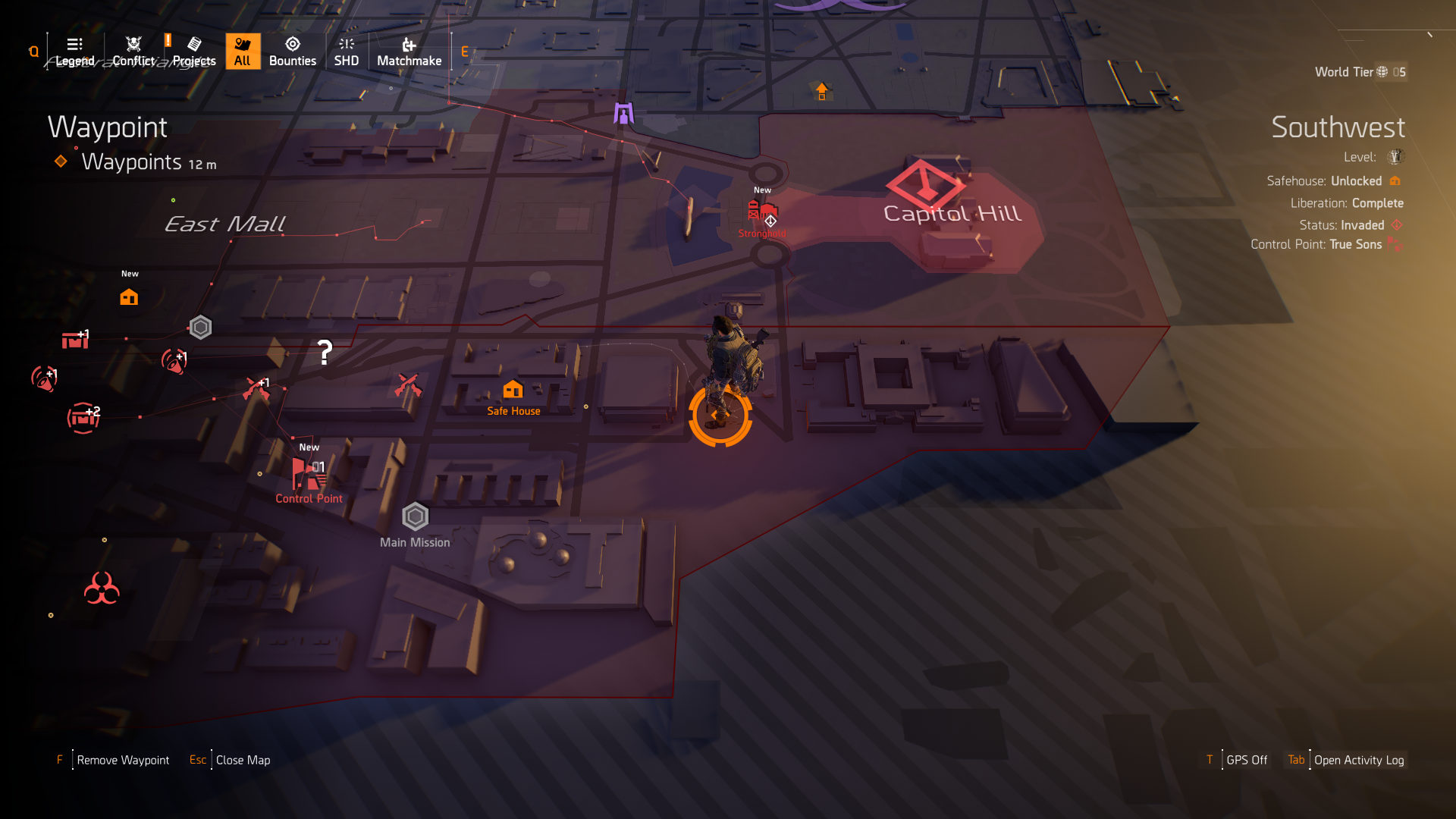 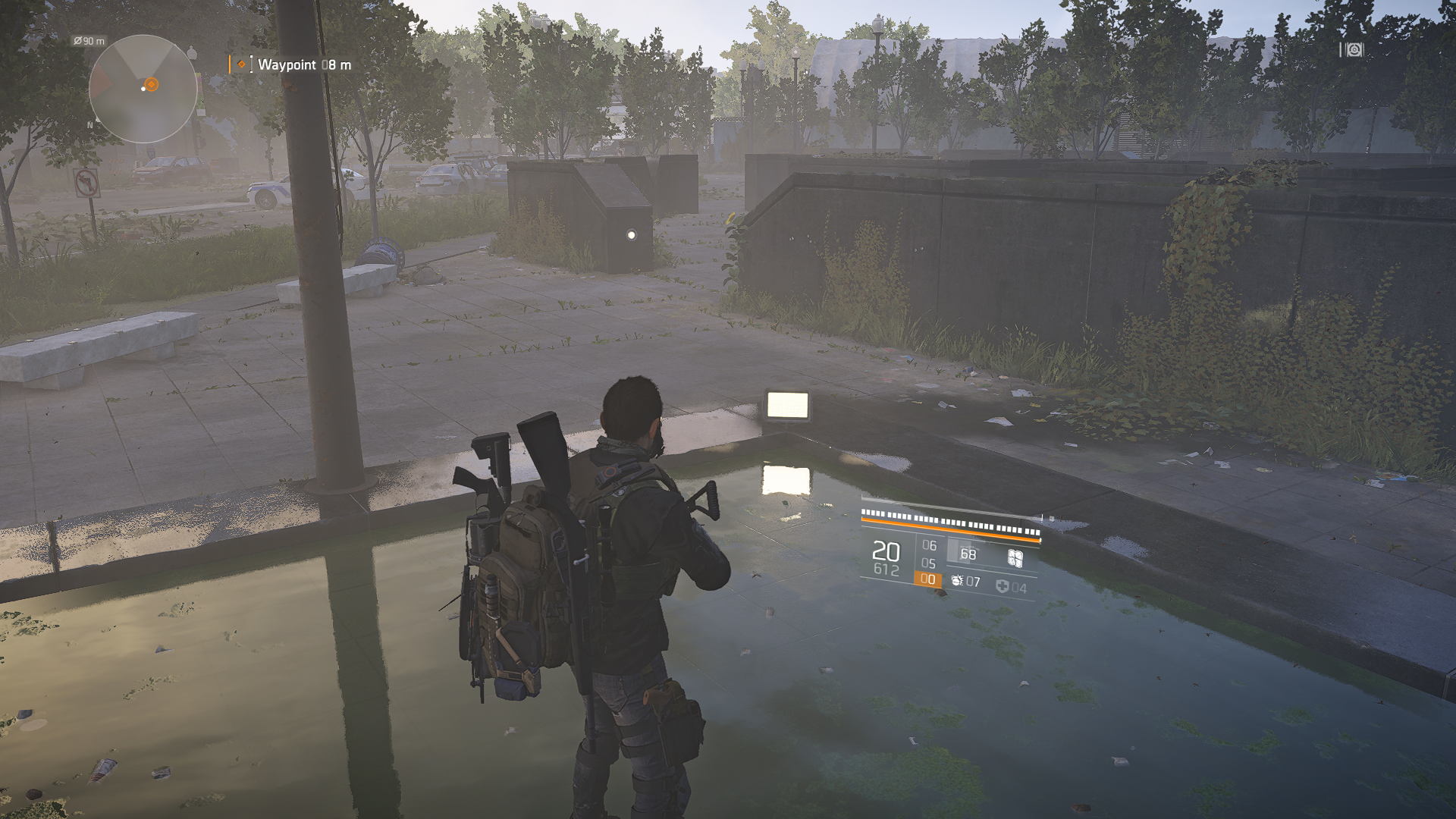 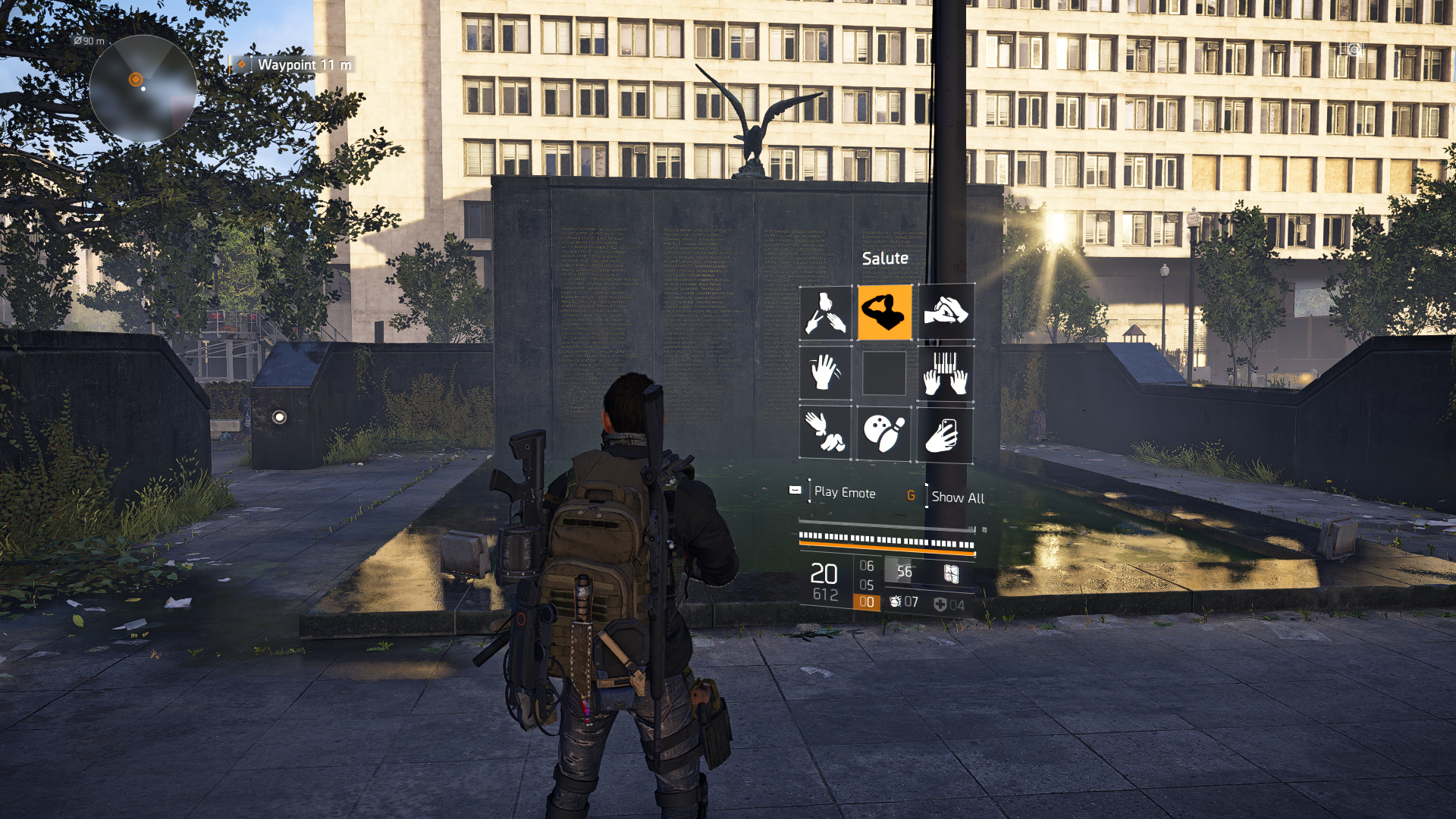 The next two hunters will spawn together. Start by heading to the location shown on the map, and head further into the compound by heading east. Once there, you will see a shallow pool. Stand in the pool and use the jumping jack emote. Both hunters will then spawn! 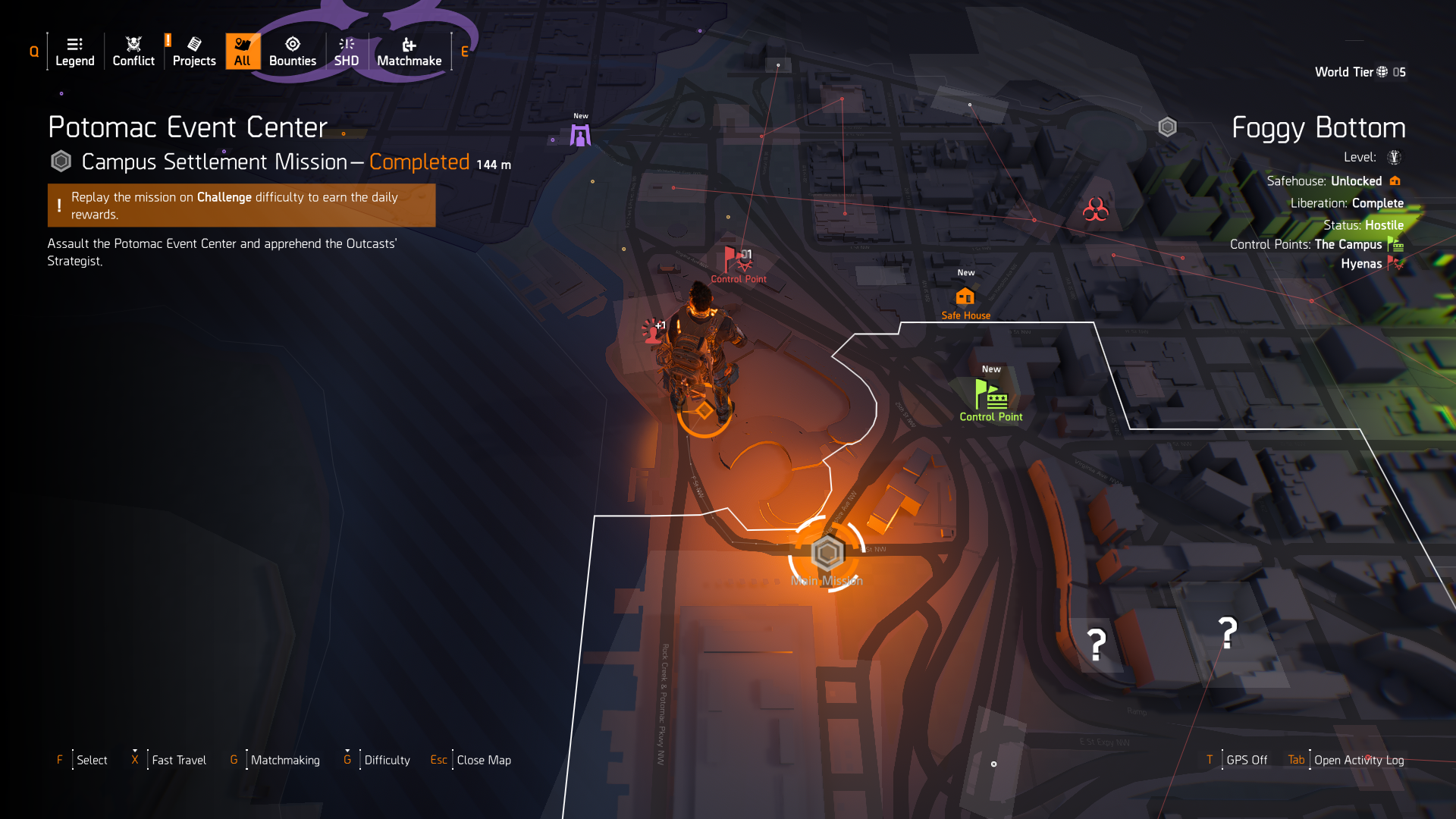 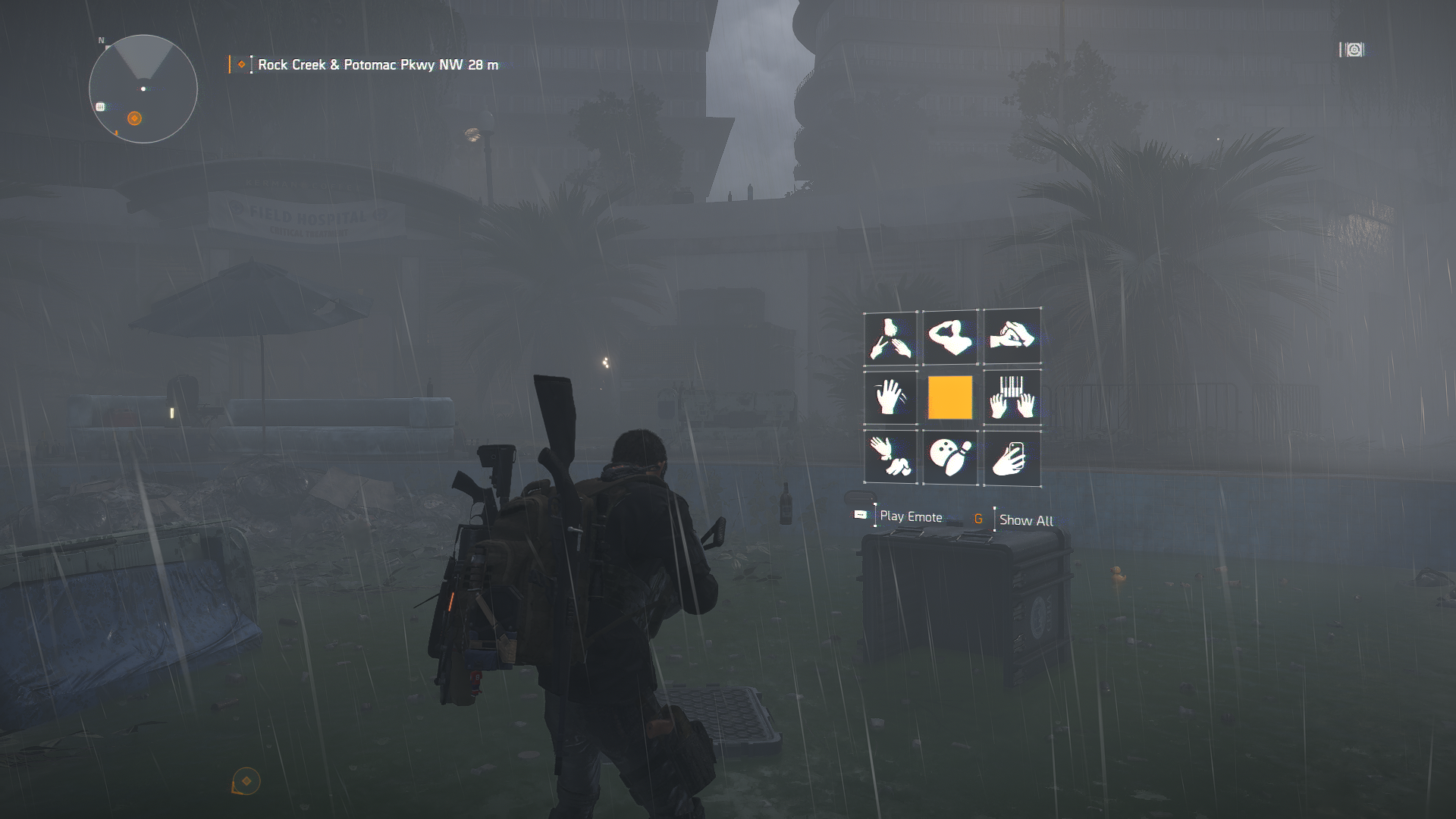 The final four hunters all spawn together, and can provide quite the challenge to an unprepared player. Start by heading to the water supply area shown below. Once there, enter the building to the west and find the lever hidden behind one of the counters. Use the lever and then run back outside to the Christmas tree. Run around the Christmas tree a few times and the hunters will all spawn! 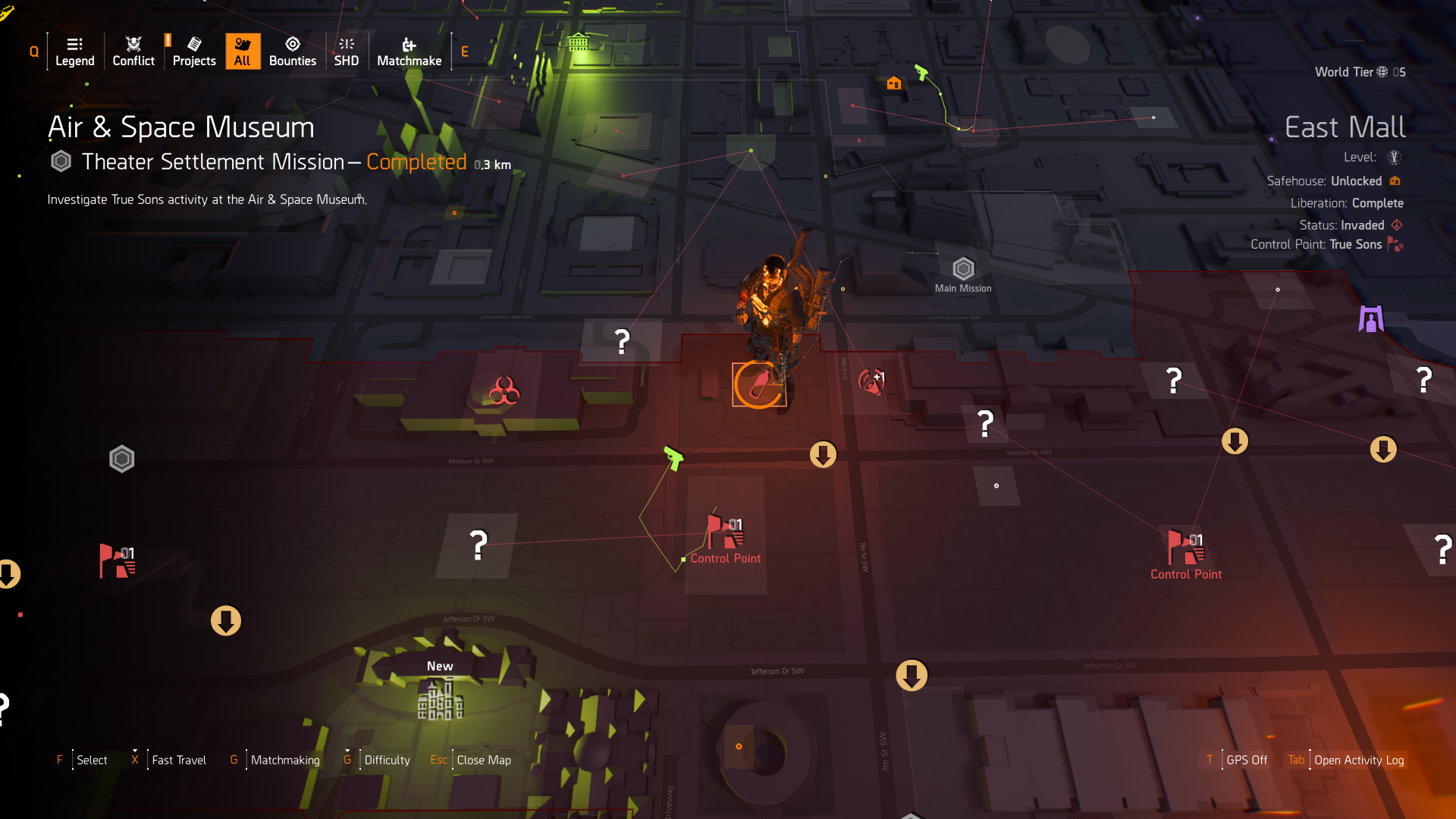 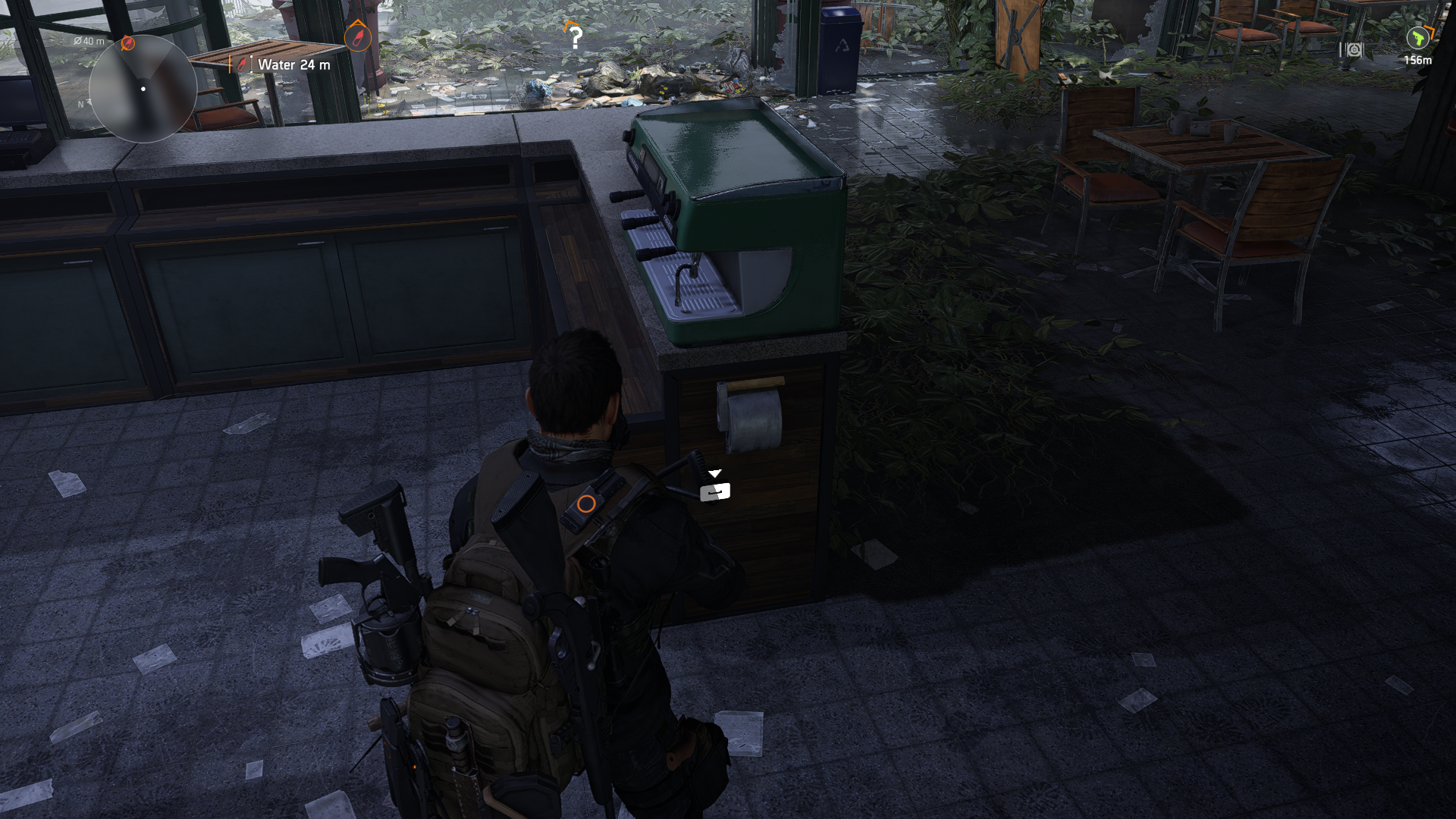 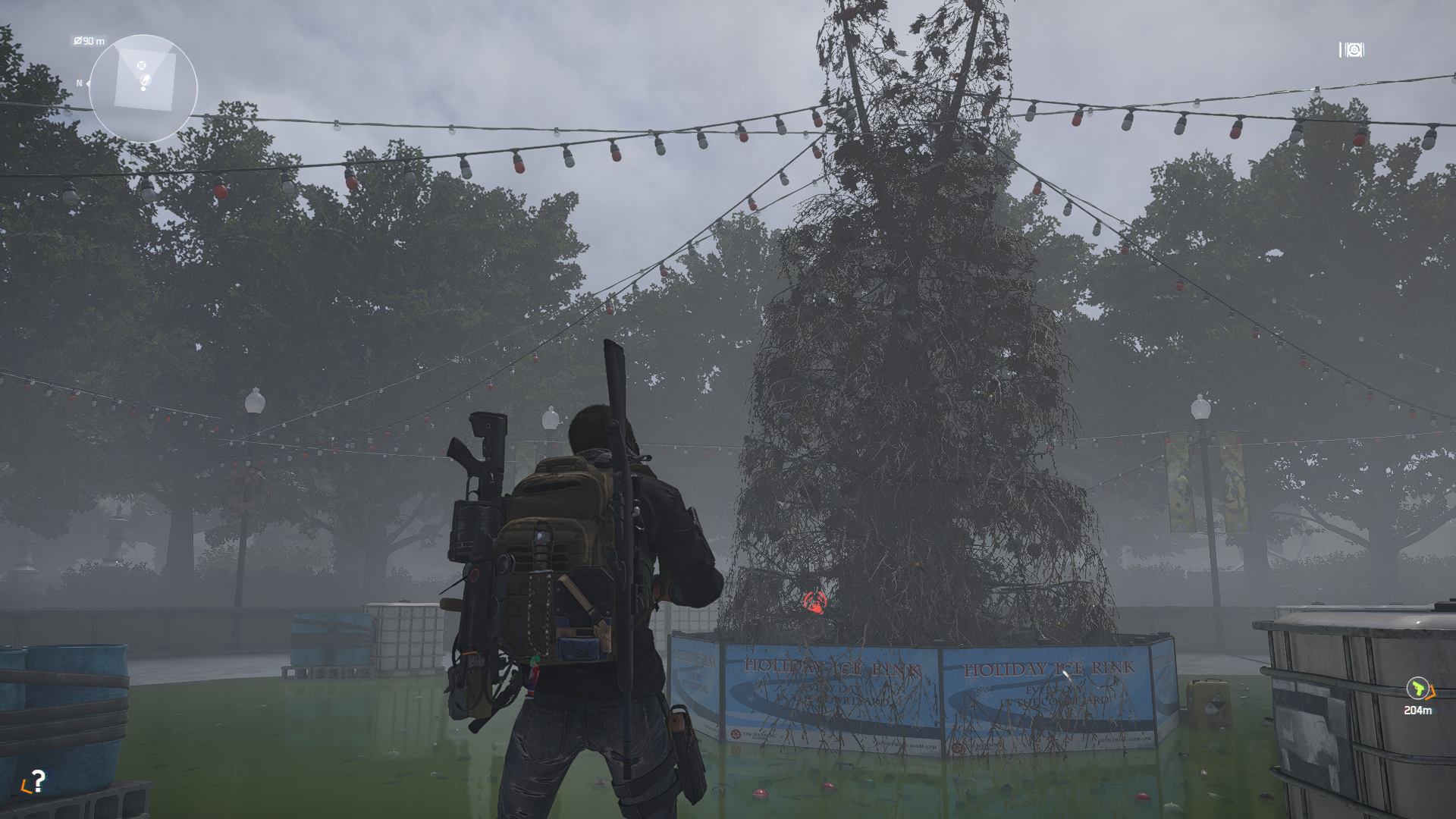 That's it for finding the hunters within The Division 2, but be sure to visit our Wiki here for more information on the game!