In Nine Dots Studio's survival RPG, Outward, you suck. There's no way around it. You get thrust onto a path of destiny that is way about your range, and you will find yourself punching above your weight most of the time. It will take some herculean efforts just to tread water, let alone avoid sinking altogether. The beginning hours are especially tough, and will make or break many potential heroes. Hopefully, with this list of beginner tips, you'll be one of the ones that make it. 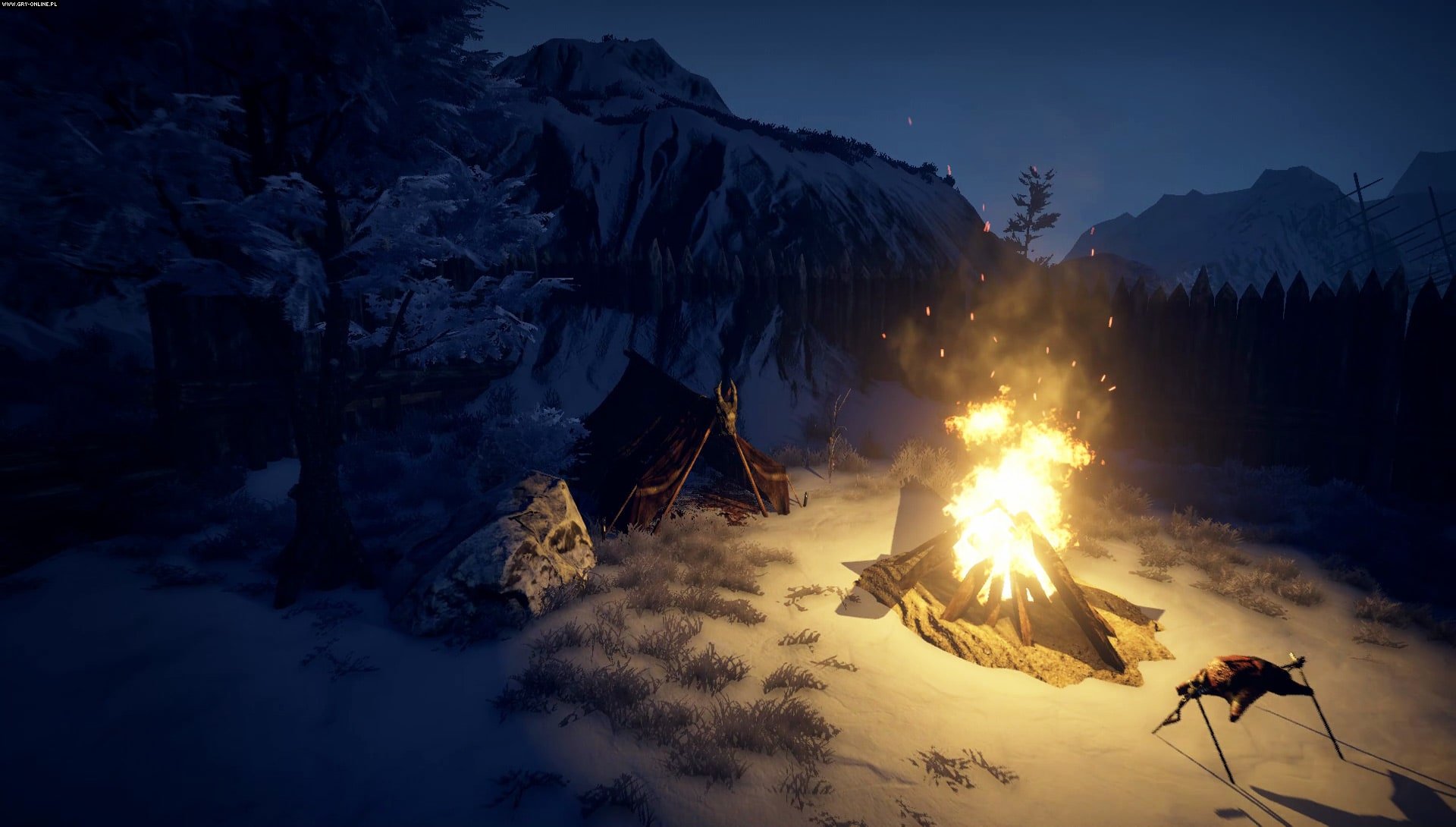 Try not to be discouraged

There are a lot of games that are hard and will be painful to play. Outward is harder that all of those.

You will be squelched, stopped, and differed more times than in any other game. It will hurt and it will suck, but there is no progress in this game without pain. You'll have to persevere through what it guaranteed to be hard times in order to find the real charm of the game?

Calling it "death" isn't completely accurate. Really, you get knocked out and before death finally comes for you, you are saved by various forms of deus ex machina. Sometimes, that means a mysterious stranger pulls you to a safe place, and you wake up in front of a campfire. Other times, you might get kidnapped and thrown into a cave or dungeon and fight your way out. You can't control which ones happen, but know that dying doesn't put you completely at zero. 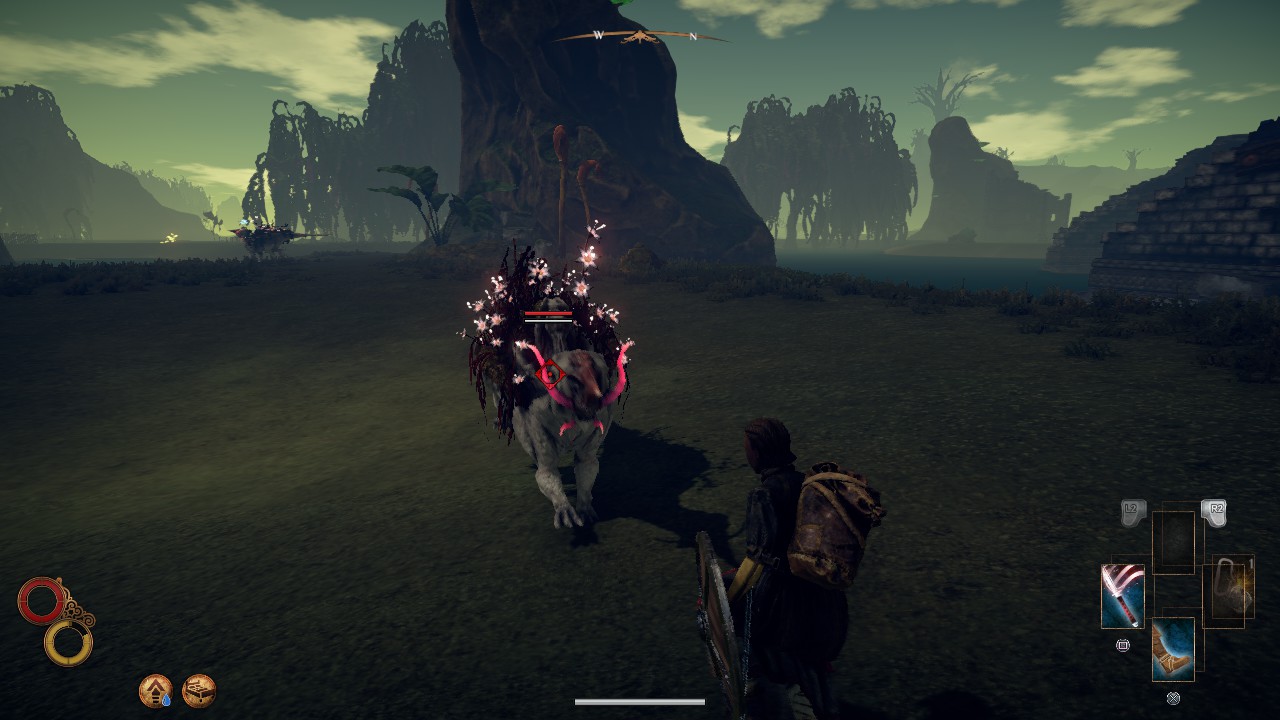 Combat is very enticing in Outward, but I'm here to tell you that when starting out, you need to avoid combat AT ALL COSTS.

I know, its the cowards solution. Yes, it might not be as exciting as locking swords with every bandit on the road. But considering how little effort it takes for any given creature to kill a freshly rolled Outward character, the risk is absolutely not worth the reward. When attempting to get to early game destinations, don't fight, RUN.

Get the essentials ASAP

You will start your life in Outward with barely enough to live with, and a pretty heavy debt to repay. Your armor will probably just be clothes. Your weapon might vary between a fishing harpoon, a mining pick, or something equally as mundane. And don't get me started on the backpack.

You'll need to fill out your collection of stuff as fast as you can't. You won't be allowed to even leave the starting village without a few essentials, but there are plenty of things you should procure before even thinking about going on long walkabouts in the wild. A cooking pot will help you make more complex dishes over a campfire. Flint and steel will help you light said campfires. A tent or a bed roll will allow you to rest and recover health, stamina, and your sleep gauge out in the wild. An alchemy kit will get you access to potions that can be crafted. Some of this stuff may sound advanced, but it will ultimately be key to getting you early game silver.

With that silver, upgrade your weapons, armor, and that damned backpack to something that's respectable. 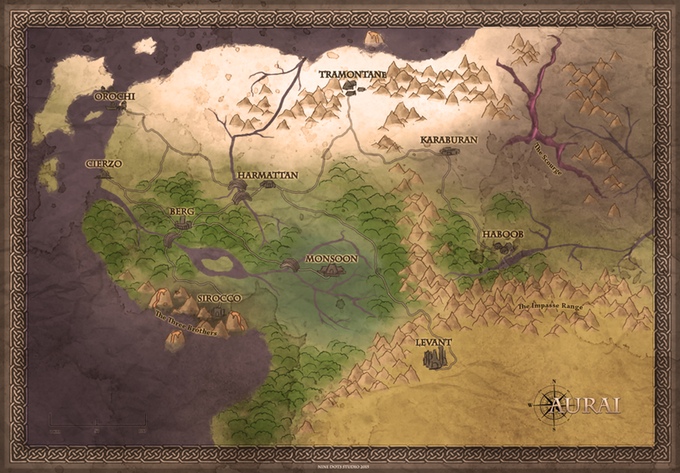 When you do finally leave to adventure, you'll notice that your map, while useful, doesn't mark where you are in relation to anything. Meaning that it's up to you to make sense of where you are and where you're going. In conjunction with the landmarks on the map, the easiest way to do this is to use the roads as guides. Specifically the intersections. If you plot your journey as a list of rights and lefts, keeping track as you go, you'll get to where your going in no time.

There's a dual meaning to "watch the roads" here. When travelling between intersections on your list, it's safer to travel near the roads, but not necessarily on them. Keep them in sight. Follow them as you would if you were on them. But avoid taking them directly. The paths are often patrol ground for bandits, and you really don't need them in your business.

While wandering off the beaten path, be sure to stop and check out everything. Many bushes and plants that might not look like a haven for materials may surprise with just how much it has. Trees can just be harvested for wood indefinitely. They just kind of stand there like everlasting hardware store lumber departments. Even awkward looking stumps might have loot stuffed in them. 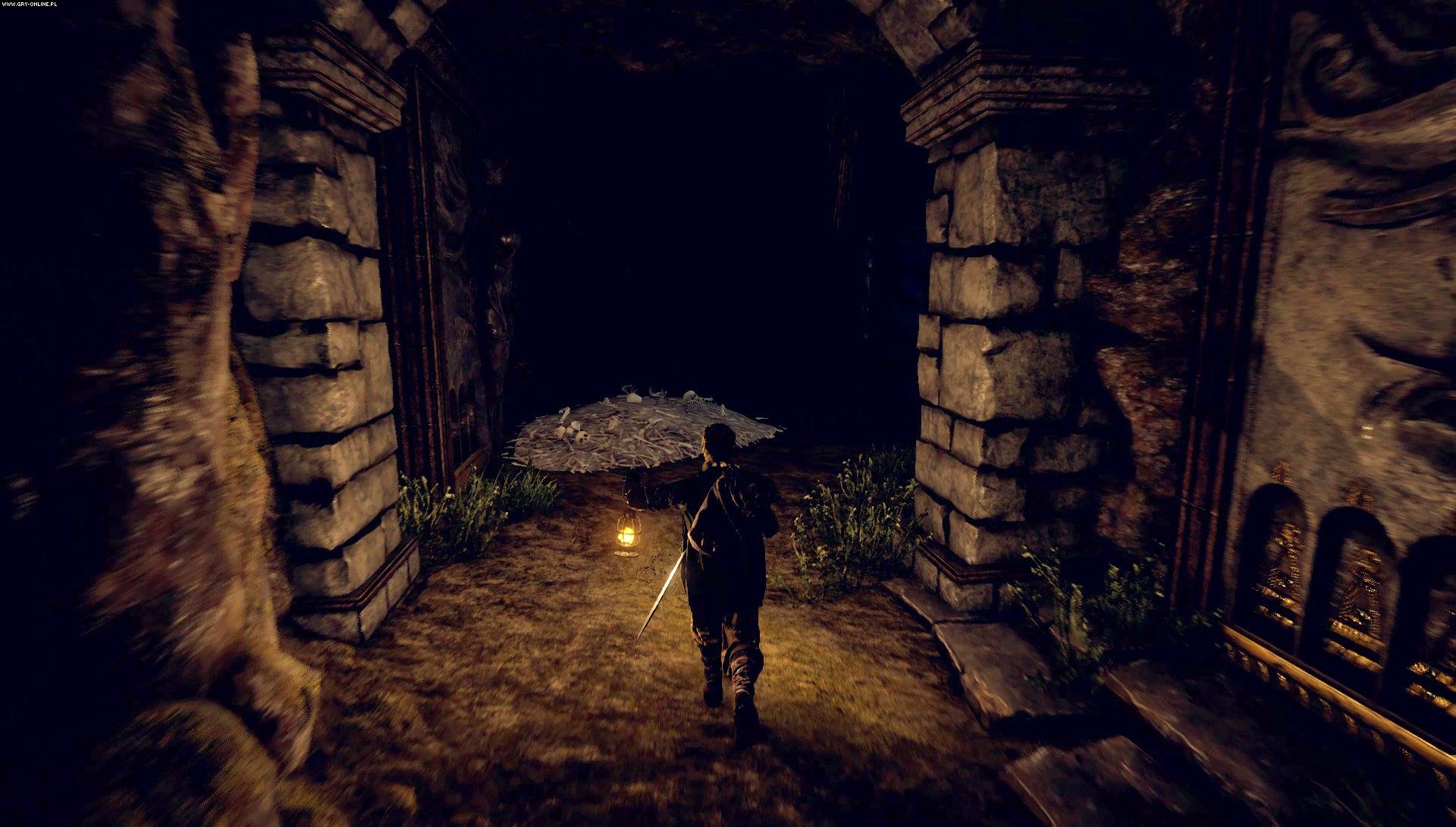 If you must engage enemies, do so on your terms! Traps are an indirect and effective way to even the odds between you and your enemies. The most available one to you early is the tripwire trap. It only takes two iron scraps, one wood, and one linen to make a stack of 5. Also, you can load spikes made of all types of materials (the easiest being wood). If you think there's no way around an enemy, plop these down first, and lure them through it. It's not the most courageous way to win, but this isn't about courage. It's about survival.

If you really much pull out a weapon and engage with someone directly, be sure you've taken a few practice swings with your weapon first. Each weapon type has its own unique combos, achievable by alternating light and heavy attack in various ways. Knowing the rhythm of your combo will help you determine how useful it would be against whatever your fighting. In many cases, standing in front of someone and just swinging is a very bad idea.

Most likely, you'll be doing a lot of strafing, dodging, and poking until you open up an opportunity to strike, you kill them in a war of attrition, or you get taken out. A shield is a worthy investment for those who insist on trading blows, as it gives you a bit more stability for blocking incoming attacks. Other factors, like stamina and encumbrance, all can make or break a flurry of yours. Weapons with high impact damage are good from breaking enemy guards and knocking them over, so keep that in mind as well. A knocked down enemy is the best sort of enemy, besides a dead one. 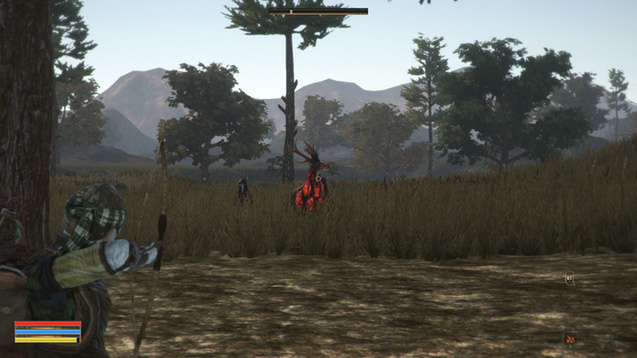 Doing damage to enemy from a range where they cant do damage back is the best idea you can have. Ranged options include bows and guns, the former you can come across relatively early. You must have arrows to use the bow, and you won't do tons of damage per shot, but you'll be in good shape so long as you can keep them away (and they aren't shooting back).

Magic is also an option, but you'll need to gain the ability to do that by reaching a leyline and gaining a mana bar. That might be a bit advanced for this guide, though.

Don't go too far, too fast

After getting a set of missions that ask you to go out to other regions, it may be tempting to hightail it to them. Don't do that quite yet.

The first area, Chersonese, is one full of opportunity to gain a good bedrock of wealth and equipment so you can travel with confidence. As you move on to other regions, you may encounter some unique threats, ready to hurt you in ways you weren't quite prepared for. Getting knocked out in those areas with find you re-spawned in places that may make it very difficult to return to the Chersonese from. Stay as long as you feel comfortable.

If you need more information, like recipes for crafting or weapon statistics, come to the Official Outward Wiki!