Despite a rocky start and growing pains, The Elder Scrolls Online - ESO - is in its sixth year already, with a dozen DLCs, three expansions (one of which, Morrowind, is now included in ESO+ by default), and enough changes to make it an almost entirely different game. If you're returning to the game after an extended break or simply want to smooth out the learning curve, this guide is for you. 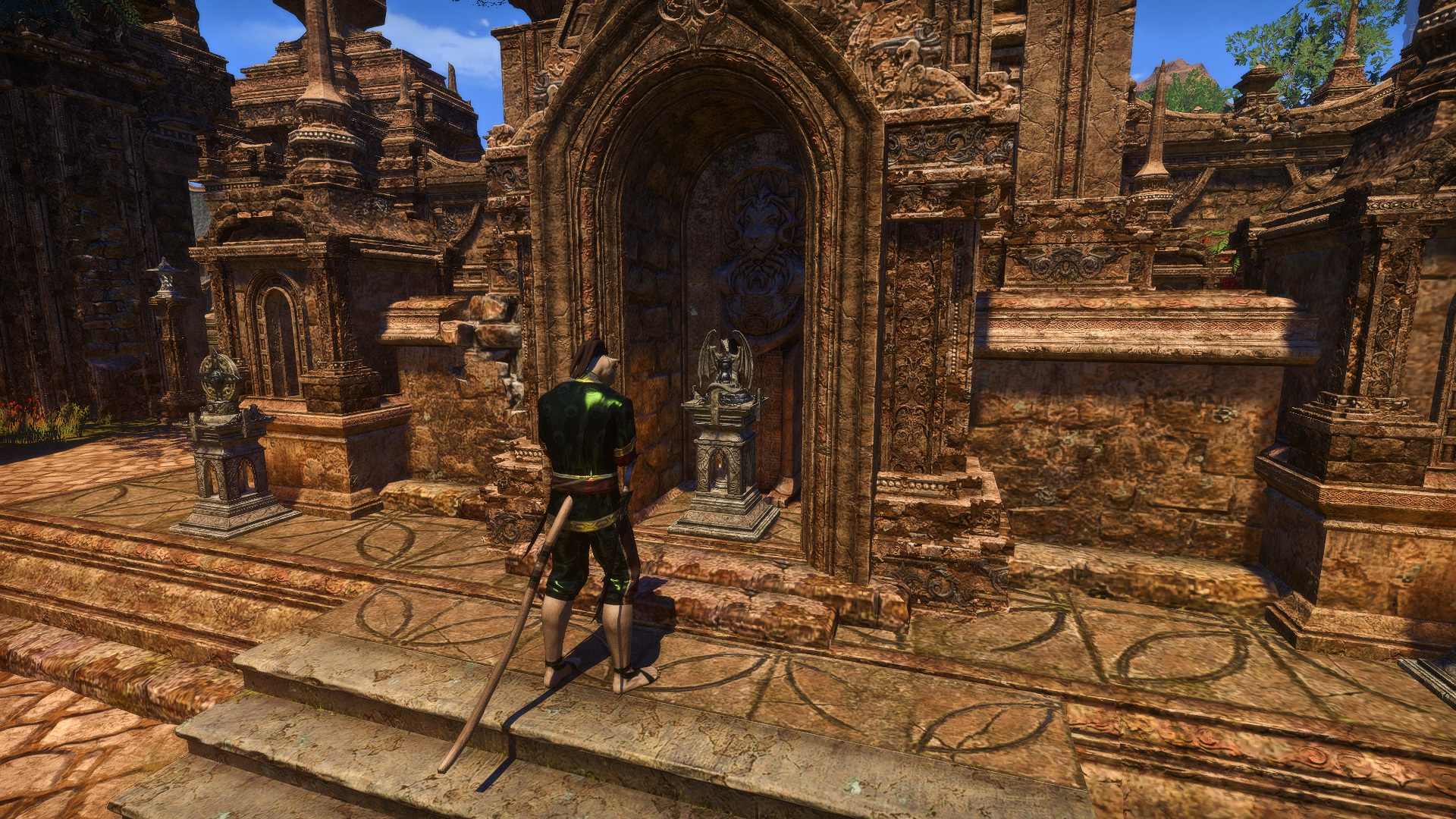 Alkosh, have mercy on this one's wallet, this is absolutely the last respec... This week.

Every class gets three unique skill lines with a good dozen skill each, which are just the tip of the iceberg. There are also skill lines for weapons, armor, world, your character's race and Alliance, crafting, and so on and so forth. With such a plethora of options, creating a build is tricky. In general, levels 1 - 50 are intended to act as a sort of tutorial, to get a feeling for the class, while Champion levels 1 - 160 are for slowly developing a final build.

Champion points are a second layer of customization, allowing you to customize your character various bonuses from one of the nine constellations (basically secondary skill lines). Each constellation has four bonuses that can be increased up to 100 and additional four passive bonuses that activate once you invest enough points and activate at 10, 35, 75, and 120 points invested.

Fortunately, you are never locked into a specific build. Champion Points can be redistributed for a flat 3000 gold fee (regardless of whether you reallocate one or one hundred points), while Attributes and Skills can be reset at shrines usually located in capital cities: Wayrest in Stormhaven, Elden Root in Grahtwood, Mournhoold in Deshaan, Vivec's Temple Canton in Morrowind, Alinor's Temple of the Divines in Summerset, and Rimmen in Elsweyr. The fee is proportional to the total amount of points reassigned, at 50 gold per point

The fees can get a little ridiculous if you invest in collecting skill points. They can be gathered in several ways: 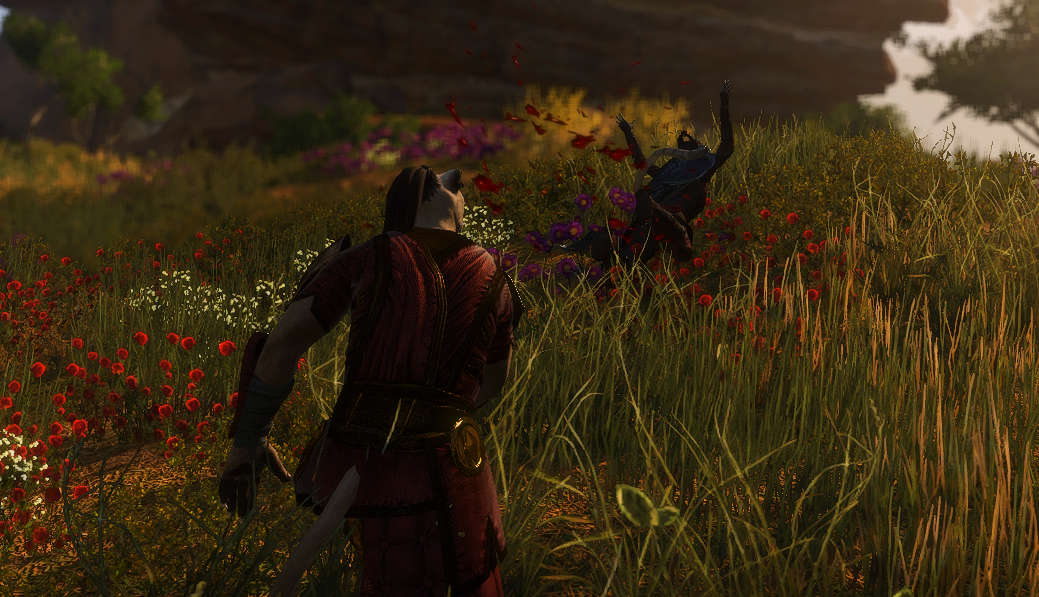 The Dark Brotherhood is for those who enjoy poking people with sharp objects.

Guild Skill Lines and Where to Find Them

Several of the skill lines are not available from the start and you need a little legwork to activate them: 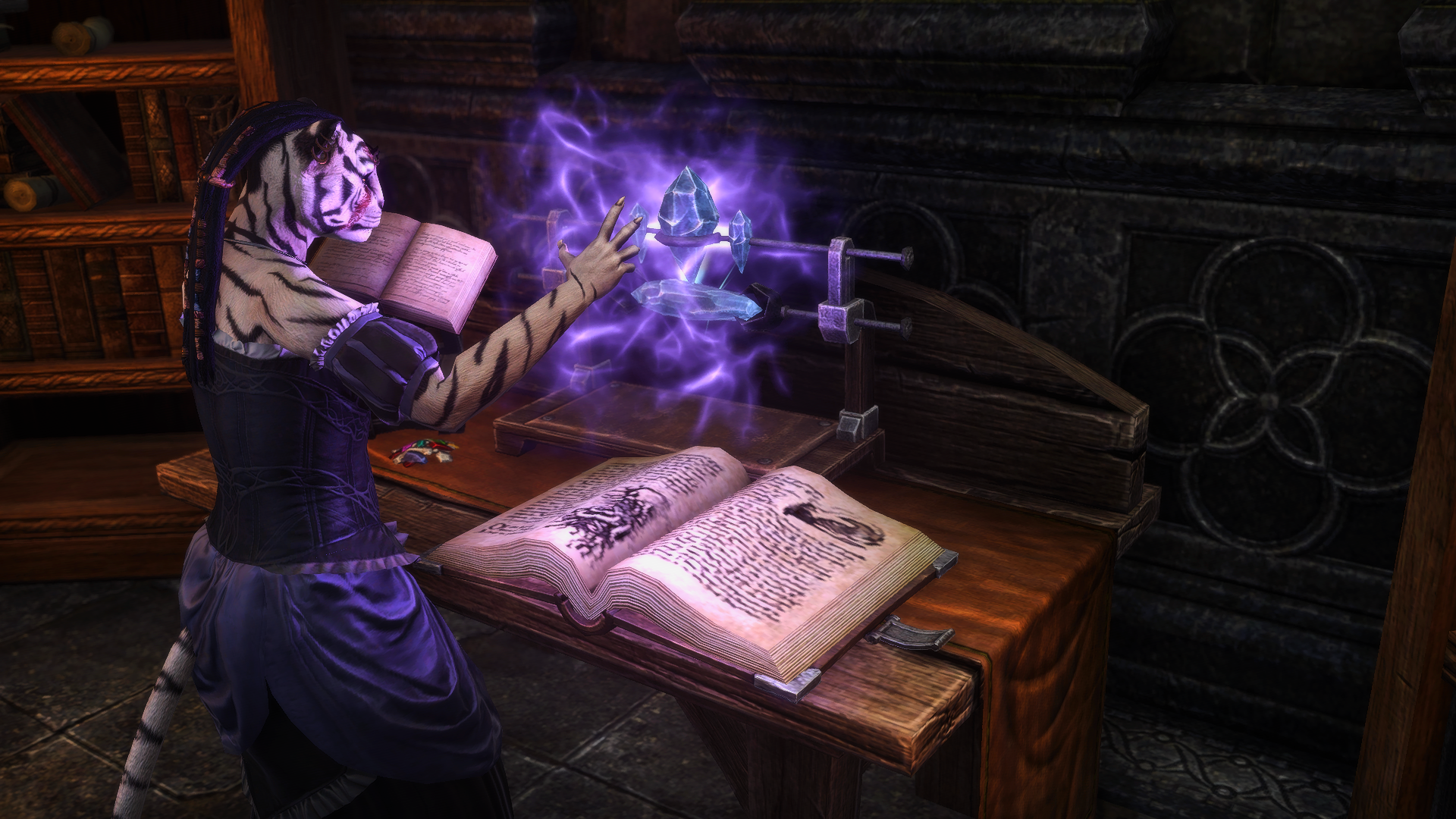 Runestones are some of the most powerful weapon upgrades you can make - and at higher levels a lot more effective than those looted.

Crafting was always a big part of ESO and it's even more important now. While most gear can be purchased or crafted with the help of other players, maxing out your crafting skills is worth it not just for the ability to make set items, but various bonuses: Alchemy and Provisioning allows for learning Medicinal Use and Gourmand/Connoisseur, which increase the duration of potions, food, and drink. Nearly every skill also allows for hiring a hireling who will collect components and send them to you every 24 hours through the in-game mail service. Though it doesn't seem like much, they will sometimes send high end crafting materials that are in short supply.

Of course, leveling crafting up will also allow you to craft set items. While they aren't the most powerful sets in the game, they offer good performance and are consistently available without having to repeatedly complete dungeons or hope to find them in guild stores. Note that set items always require a specific number of traits researched, so be sure to stay up to date on the research. Fortunately, the game added icons signifying which items can be researched. Look for a magnifying glass.

Finally, the tedium of crafting and breaking down items all the time can be alleviated by completing crafting writs. These are available in all the major cities, from boards marked with a green quest marker and can be completed daily. They simply require you to craft specific items - randomly selected from items you can actually make, so there's no risk of suddenly being asked to craft something of rubedo leather if you only just managed to stitch together rawhide - and deliver them to the marked drop off point. Completing the writ grants you experience points, increases the progress towards the next rank in the relevant crafting skill, and containers with crafting ingredients and sometimes additional bonuses. 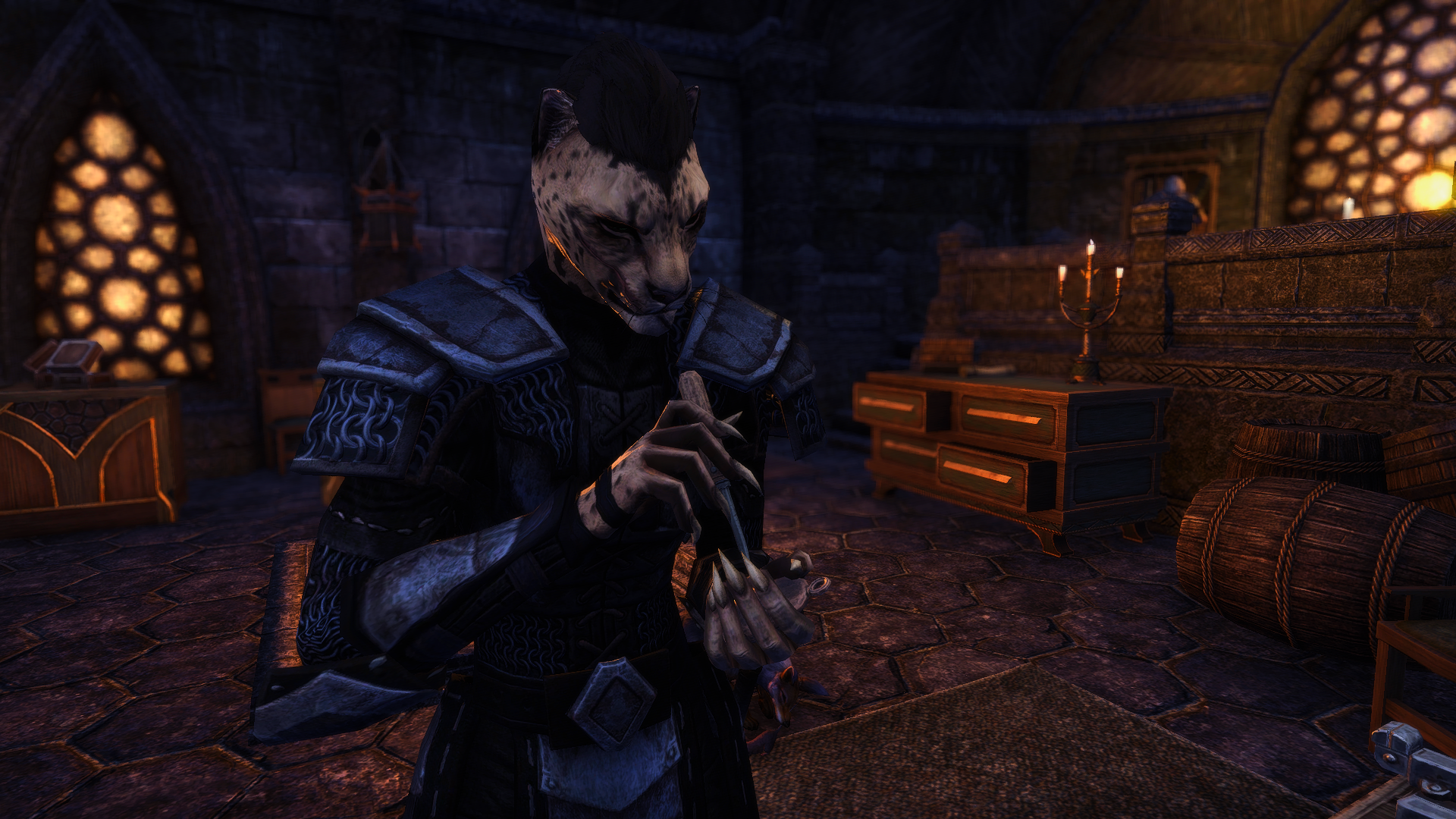 In general, fiddling with everything is good. Especially ESO, some of the add-ons, like the ones linked above, really make the game much, much more pleasant.

Of course, with a game as vast as ESO, it's impossible to do more than scratch the surface with a guide of any length (save those that rival War and Peace in size), and this one is no exception. However, before you run off, here are some more general pointers.

First, running is tiresome. Get a mount. They're moderately priced at stablemasters in each major city and your riding skill can be upgraded once every 20 hours. Riding speed will greatly reduce transit times, carrying capacity is essentially 60 additional inventory spaces at a very modest price, and finally stamina does exactly what it says on the tin: The mount will be able to sprint for longer and make travel even easier.

Speaking of inventory size, be sure to visit pack merchants and banks regularly. Both allow you to purchase additional slots in both your inventory and the bank, which are modestly priced for the first couple of levels at least. Increasing your inventory size is particularly important if you don't have ESO+ and the unlimited Crafting Bag.

Last but not least, if you have the time, joining a guild can help greatly. Most guilds openly advertise in zone chat and there are guilds for everyone, from casual ESO players to hardcore players who can recite Vivec's sermons from memory and know what was censored out of the second volume of The Real Barenziah.

See you in Tamriel!

Before you go, why not swing by The Elder Scrolls Wiki and prepare for the journey ahead?