If you’ve glanced at the most played games on Twitch in the past few months, you’ve likely noticed a few unfamiliar titles rising to the top of the ranks. Team Fight Tactics? Dota Underlords? What is all this stuff? In short: it’s auto chess, and it’s gaming’s newest genre.

If you actually attempted to watch a stream of one of the above games being played, chances are you became even more confused. At any given moment there’s a ton of action happening on screen at once, but no clear reason as to how or why. But worry not. Auto chess games certainly look confusing on the surface, but once you have a basic understanding of what makes the genre tick, it will all fall into place.

Let’s start with the basics: where did this new genre come from? Like the now widely popular MOBA and battle royale genres before it, auto chess was born from a custom game, in this case a custom game for Dota 2 called Dota Auto Chess. Since Dota 2 is free-to-play, Dota Auto Chess is as well, and soon the game type started to make a name for itself. Before long it broke into the top of Steam’s most played games chart. The game industry took notice.

Flash forward a few months, and now there’s an entire genre of auto chess games to contend with. But no matter which game you’re playing, the basic framework is the same: players select various units, which are then placed on a game board. These units will then battle opposing units to the death — automatically — in a series of 1v1 battles between AI opponents and opposing players in a lobby. Players can upgrade their units and purchase items that grant various buffs, meaning the strategy of winning or losing comes down to the composition of your army, the items you have, and how you adapt to the armies of enemy players. Lose too many rounds to opposing players, and you lose the match.

So what makes each auto chess title mentioned above unique, and which one should you play? Here’s what distinguishes them from one another. 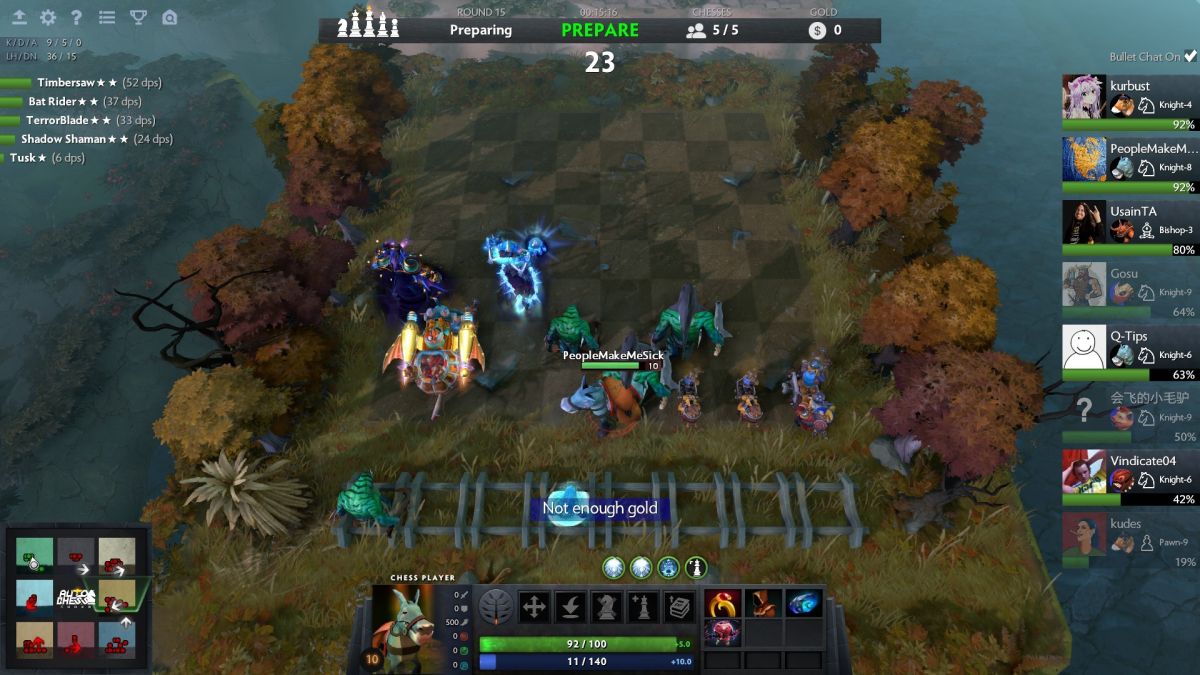 The OG game that started it all, Auto Chess can now be played entirely separate from Dota 2 via mobile devices and will be launching standalone on the Epic Games Store soon. Matches in Auto Chess will typically take the longest out of the games listed here (around 40 minutes), with an increased focus on late game tinkering that can be a deciding factor in who emerges victorious. Items are awarded randomly in Auto Chess as well, meaning an ability to adapt on the fly and build strategies based off what the game is giving you is key. Built by a small team of developers, Auto Chess generally has fewer production values and a clunkier interface than that of its competitors, but it makes up for in pure, custom-game created charm. If you want to see where the auto chess phenomenon all began, start here. 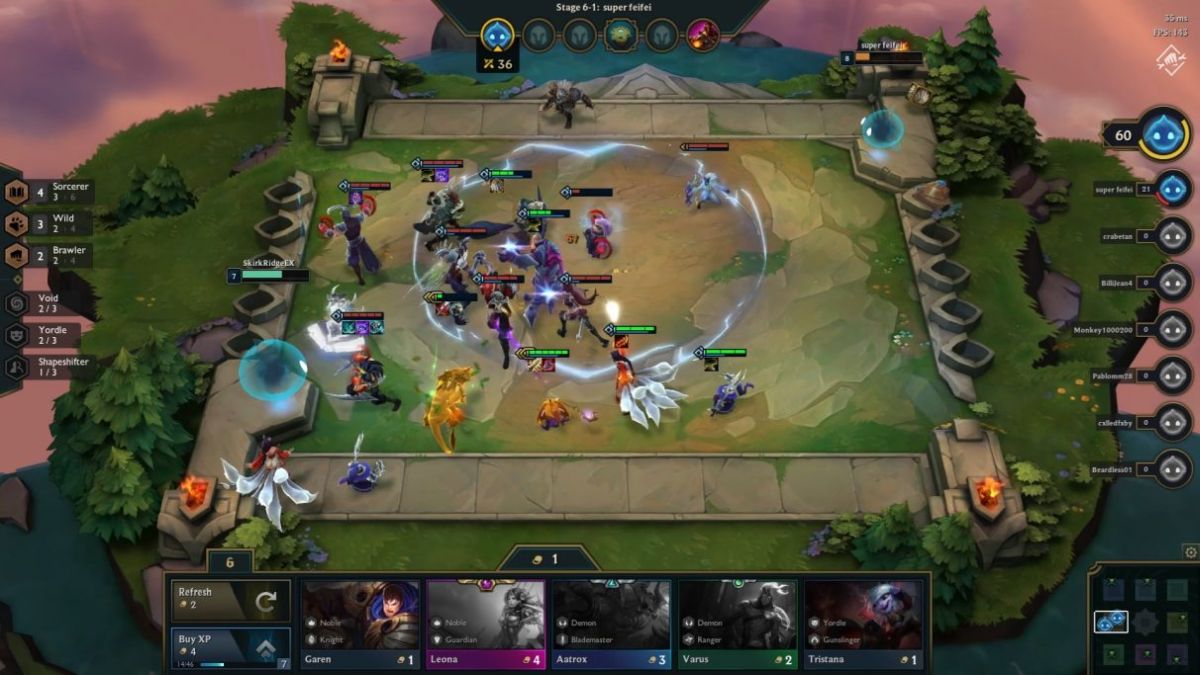 The newest auto chess title on the block, Teamfight Tactics comes from League of Legends developer Riot Games and is free-to-play inside the League of Legends game client. Teamfight Tactics will appeal to players looking for a faster-paced auto chess, as matches typically are much shorter than in Auto Chess or Dota Underlords thanks to a steeper penalty for losing a round. Units use abilities far more often as well, making unit placement on the game board even more critical. Like the other games on this list, there are ways to upgrade units in the form of items. Teamfight Tactics also sports a unique “comeback” mechanic that gives struggling players a little boost in the form of the drafting carousel. During a drafting round, a circle of units will rotate in a circle, with each unit holding an item. Players at the bottom of the match standings get first pick when it comes to snagging a unit of their choice and the potentially powerful items they hold. If you’re already familiar with the champions of League of Legends and looking for a faster-paced game, Teamfight Tactics is a natural place to start your auto chess journey. 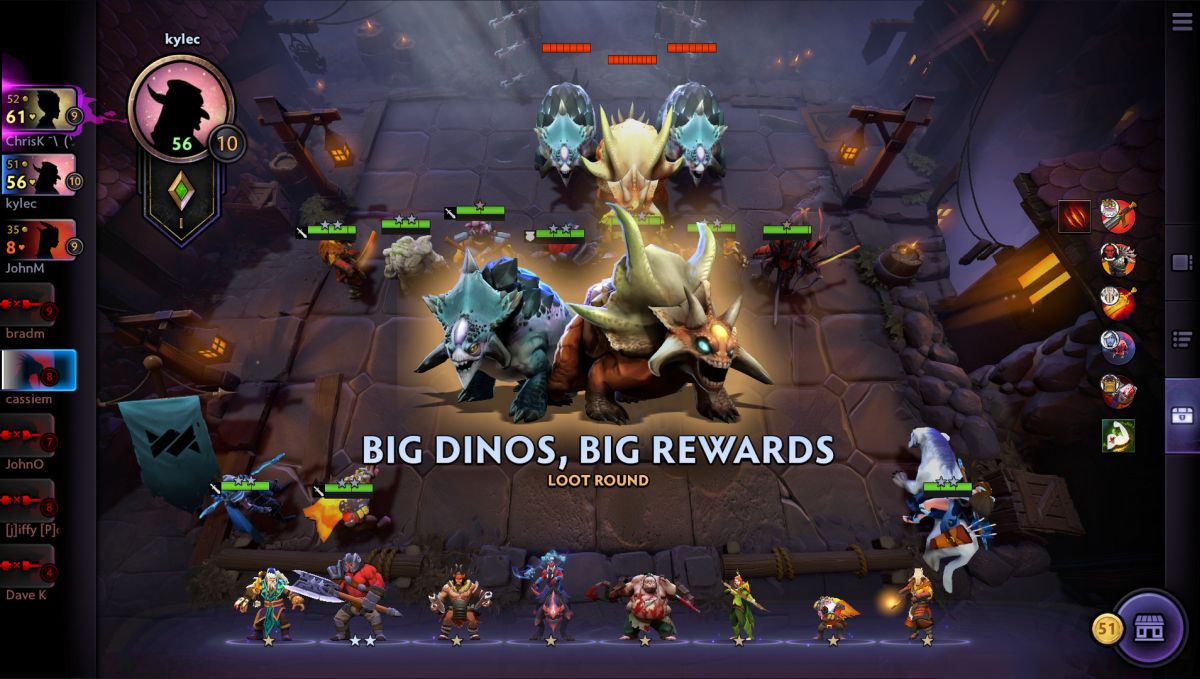 In many ways nearly identical to the original Auto Chess in terms of gameplay, Dota Underlords from Valve is available on both PC and mobile and differentiates itself mainly through more visual polish than anything. However, there is one key difference between the two games that is worth noting. Unlike Auto Chess, every few rounds players can pick one of three items to choose from as opposed to being awarded one randomly, with some being items geared towards specific heroes or others applying army-wide buffs. These play a huge role in your strategy, as getting certain items early on will allow you to tailor the rest of the game towards certain teambuilds. If you’re already familiar with Dota’s heroes, Dota Underlords is a great starting point thanks to a clean interface that goes out of its way to explain items and hero abilities.

There’s of course still plenty to learn about the intricacies and strategies of each game, but the above will give you a general idea on which auto chess title you may want to try first. For more detailed information on items, units, and strategies, be sure to check out our wikis for Auto Chess, Teamfight Tactics, and Dota Underlords.